Review Of The India Way By S. Jaishankar 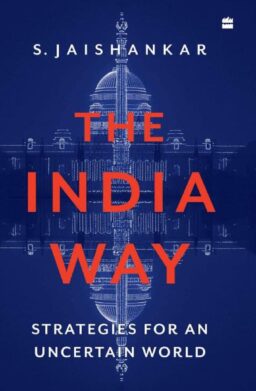 Mahabharata, an ancient Indian epic, is about the rivalry between the cousins which results into the ultimate war. Just before the war, according to the Mahabharata, Arjuna and Duryodhana both go to Sri Krishna, the King of Yadavas, to convince him to join the war from their sides.

Sleeping on the bed, Krishna sees Arjuna, who was sitting at the foot of the bed, first after waking up and Duryodhana later. The king of Dwarika, Krishna, offers Arjuna to choose between his army and himself.

Arjuna, as per the Mahabharata, chose him and Duryodhana, obviously, the army. What was the basis of Arjuna to choose a single person over the entire army when armies of the Pandavas and Kauravas were in the proportion of 7:11?

Because, as the author S Jaishankar points out in ‘The India Way’, Arjuna’s ‘understanding of the game-changing potential of Sri Krishna was clearly the basis for his decision.’

‘There is a moral in this’, Jaishankar continues, ‘as we consider enhancing competitiveness in national security. Like most warriors, Duryodhana thought in an orthodox manner, while Arjuna also understood what was outside the box.’

‘Without neglecting the established areas of capability, it is vital that this nation prepares itself better for what awaits the world,’ he writes. This can be in the fields including ‘artificial intelligence, robotics and data analytics or sensing, advanced materials and surveillance.’

Jaishankar has written about this incident, along with a comparison of several other instances mentioned in the Mahabharata with the present-day dynamics, in the third chapter ‘Krishna’s Choice: The Strategic Culture of a Rising Power’ of his latest work. Wonderfully written, the essay shows his strategic thinking and articulation of thoughts in a proper manner.

S Jaishankar hardly needs an introduction! Present External Affairs Minister, he is a trained diplomat who held key-posts including but not limited to the Foreign Secretary, Ambassador to China and the USA, the High Commissioner to Singapore, etc.

Additionally, he is credited for playing a key role in negotiating the Indo-US civilian nuclear agreement. ‘The India Way’ is his first published book in which he talks about international relations and foreign affairs.

The world is changing and becoming more uncertain nowadays. New players are rising and the old ones are losing their grips on international affairs. ‘The world is clearly not what it was until just recently,’ Jaishankar (rightly) asserts in the epilogue of this book. Multilaterism and multipolarity will make the task of decision-taking more difficult and complicated.

Because, ‘there will be convergence with many but congruence with none,’ as the author emphasizes. There would be issue-based alliances in forthcoming days and the steps should be taken accordingly.

It would be a time for India, he writes, ‘to engage America, manage China, cultivate Europe, reassure Russia, bring Japan into play, draw neighbors in, extend the neighborhood and expand traditional constituencies of support.’

The issue of globalization and the rise of nationalism across the continents is a new reality of the world. Globalization has its own adverse impacts—from job snatching by what they call outsiders to cultural threats due to demographic changes—in Europe and America, which can be categorized as the West. Just ‘because globalization served much of Asia well, we wrongly assumed that its optimism was shared universally.’

Therefore, it is a very complex task for an aspiring superpower to carve out a foreign policy while keeping its interests in mind. Jaishankar puts weight on the virtue of pragmatism in dealing with international affairs. I hardly found anything in the book which is disagreeable.

Spanning over 8 chapters (or essays), the book discusses the important aspects of the Indian foreign policy–the complicated work of diplomacy, the US of America, the strategic culture of India, the dogmas of Delhi, the rise of China, a critical role of the West, the Japan factor, a revival of Indo-Pacific region, etc.–in details.

Somewhere, in between these chapters, the book subtly talks about the reforms in the UN, the rise of nationalism, India’s strategic interests and responsibilities in African nations besides some other critical issues.

The fourth essay, titled ‘The Dogmas of Delhi’, explains the evolution of Indian Foreign policy in six phases and how the choices changed with each time according to our interests. In the initial years when the world was bipolar, we were not aligned with anyone, but, after the 1962 war, we moved towards the American block followed by a romance with the USSR when Pakistan-China-America aligned during the war of 1971.

And then comes Henry Kissinger’s visit in 1973 to neutralize relations with the USA. After the fall of the USSR, the world became unipolar and the USA the de facto leader of it. In those years, we dealt with that. Then, the rise of China happened and nationalism in many nations turned the world multipolar. Consequently, this is a new reality!

Jaishankar is absolutely right in noting that ‘the balance sheet for India’s foreign policy after seven decades presents a mixed picture.’ The reason for it is: the world was (and, is) constantly changing—from the bipolar to unipolar to multipolar. Indeed, our strategic interests also change with time and situations and so are our priorities and strategies.

Talking about the literary style, the book is primarily a collection of his speeches given at various occasions. Jargon-laden, it might feel like gobbledygook to a reader who is not aware of the terminologies of international relations and foreign policy. In essence, primary knowledge of the subject is required to start reading this work.

If a reader is seeking for crystal-clear clarity on the future from this book then it would surely be disappointing because many decisions are dependent on The Black Swan phenomenon and the author too admits it. Ultimately, the book is a recommended read because it shows the perspective of Indian policymakers–and that’s refreshing and delightful.

The India Way: Strategies for an Uncertain World is available on Amazon. 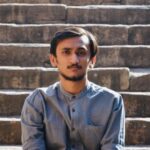 Harshil is an electrical engineer doing specialization in Power Electronics and Electrical Drives at NIT, Surat. A voracious reader, he has written articles that wereRead more