Review of SL Bhyrappa’s Parva: A Monumental Ode To The Mahabharata 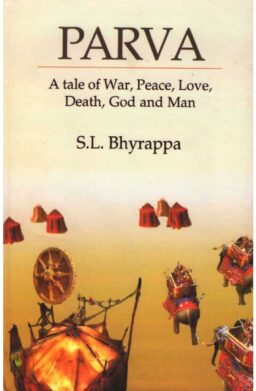 The Mahabharata is a tale that has inspired generations of readers, writers, filmmakers, and artists to view, analyze, and interpret it in many different ways. It is revered by millions for its life lessons and civilizational importance in South Asia.  “What is found everywhere will be found here too, and what is not found in this book cannot be found anywhere else” is an oft-touted quote on the Mahabharata.

There are quite a few avenues to consume the literary versions of the Mahabharata. Be it the concise and elegant version by C.Rajagopalachari, or the complete translation in 10 Vols by Bibek Debroy, readers of the epic are spoilt for choice. Of these versions, there are retellings which focus on interpreting the Mahabharata for its historicity, stripped of the divine aspects and portraying it as it actually happened. This allows exploring the characters and their dimensions in a whole new light and makes for a fascinating read. Some books in this category are Yuganta by Irawati Karve and Randamoozham (Bhima Lone Warrior) by MT Vasudevan Nair.

Amongst books in this sub-genre, Parva stands the tallest. Parva can only be described as a magnum opus. At the start of the book, Bhyrappa describes the motivations behind writing this novel and spent close to 5 years visiting the various sites mentioned in the epic and engaged in serious research on “the economic, political, religious and social life” in that era. The groundwork he laid to write this book shows on every page as one gets immersed into the life and times of the Vedic age.

Reviewing an epic of this stature comes with the obvious challenge of not being able to capture all of its glory. How does one begin to view it? At its heart, it is a retelling of the Mahabharata. But to leave it at that alone would be a gross injustice. One may consider it a commentary on what Dharma is. It is also a discovery of the politics, warfare, and strategy of the Vedic times. What is more engaging is the wide range of human emotions explored among the various characters, from jealousy to love to anger and revenge. Simply put, as the cover suggests, it is a tale of War, Peace, Love, Death, God, and Man.

The narration style is driven by a series of flashbacks from all the epic’s notable characters. Starting with Salya, it proceeds with Kunti, Bhima, Draupadi, Arjuna, Yuyudhana, Balarama, Karna, Bhishma, Vyasa, Drona, Duryodhana, Vidura, Dhritarashtra, and Gandhari. These characters (and a few more) reflect on their entire life and the reasons for their current state. It is interesting to note that Krishna is always viewed and admired as a friend or dismissed as wily and cunning as a foe by others’ perspectives. His own perspective isn’t revealed in the book.

The Mahabharata is claimed to be a battle for Dharma or “Dharma Yuddha.” The question of what encompasses Dharma has an undercurrent throughout the tale. It also brings out the ethical complications arising from following one’s Dharma and how choosing Dharma’s path in the face of Adharma can lead to one’s seeming downfall.

For anyone interested in debating and dissecting the epic’s many incidents and choices made, Parva is a goldmine. Questions that are tackled during the story include – Why was Bhishma siding with the Kauravas if they were not on the side of Dharma? Was the practice of Niyōga against Dharma? Was Arjuna really as virtuous as he is claimed to be? Were Bhima and Krishna right in claiming that following Kshatriya Dharma led to the Pandavas’ eventual downfall at the dice game? How did Draupadi view her relationship with the Pandavas and Kunti? Did Yudhishtra have the right to stake his wife after losing himself?  Countless more questions are deliberated.

But the most exciting question was, of course, why was the war fought in the first place? The Kauravas claim that the Pandavas are not the rightful heir of Pandu since they were born through Niyōga and thus did not have a right to the kingdom. This question alone troubles Bhīshma and others (as he had previously approved Niyōga as a Dharmic practice to propagate the Kuru lineage through Ambikā and Ambālika). But, there is another facet to why the war took place.

In an episode between Duryodhana and the Madra king Salya, Duryodhana asks why Drishtyadumna, the king of Panchala, was made the supreme commander of the Pandava army and not one of the Pandavas? He suggests that Drishtyadumna sought revenge against Drona, who had humiliated his father Drupada by annexing Northern Panchala, and Bhisma, who had provided him refuge. This makes Salya wonder – Was it really a battle between two rival siblings, or was it the conclusion of a long struggle between two rival kingdoms – The Panchalas and the Kurus?

Other incidents and personalities are also explored in great detail. Some examples include – the dynamics between two respected Sūtas, Vidura and Karna, the role of Sūtas as the bearers of Kshatriya men’s children out of wedlock, their function as charioteers and storytellers, the backstory of Krishna fleeing from Mathura to Dwaraka and his eventual usurping of Jarasandha.

Furthermore, we encounter the relationship between Krishna, Balarama, and Satyaki and how Krishna was vilified for deserting Mathura but later redeemed himself.  We are shown how the Nāgas (depicted as tribals) and Raksasās were viewed with disdain by the Aryan kingdoms. We listen to the tale of Vyasa’s son Shuka. He questions the purpose of the four ashramas and considers Brahmacarya to be the supreme of the four. He eventually starves unto death as he contemplates the meaning of life itself. It goes on and on. The myriad interwoven stories and motivations and beliefs, all coming together, make for an absolutely captivating read.

And then we come to the war itself. Indeed, it is one of the most nuanced depictions of the Kurukshetra war in literature. If for nothing else, just the names of characters and kingdoms and their alliances with the Kauravas or Pandavas alone makes one gape in awe. The war is described elaborately, along with all the difficulties accompanied – the stench of human and animal waste, the lack of grain, water, other resources, the fear of death, the tactics involved, the slow decline in the rules agreed upon, the ego battles, the corpses increasing in the battlefield and being devoured upon by vultures, dogs and jackals. It is as gruesome and grave as any real war would have been. We read about the frontline soldiers and their misgivings in being involved when they will lose life and property regardless of either side’s victory. Every central character’s death is depicted in cold brutality. Be it Bhishma willfully lying on a bed of arrows or a weakened Drona’s head being chopped by Dhristyadumna and Bhima drinking Dushasana’s blood. Even the recounting of events by Sanjaya to Dhritarashtra, Gandhari, and Vidura is depicted realistically, as a messenger traveling to and fro the battleground and gathering information through spies.

When the war comes to a close, one senses the devastation and the loss of lives on both sides. The entire Aryan lineage is decimated. Bhyrappa ends it with a long drawn passage reflecting on the ruin spread across the kingdom and beyond. The Yadavas are fighting each other unto death. The pregnant Sūta women are questioning their plight to Yudhishtra. At the same time, Bhima reaches the Raksasās forest to inform his wife of their son Gatotkacha’s death to discover it has been burnt to the ground. Arjuna reflects on the real cost of the war as his daughter-in-law Uttarā delivers Abhimanyu’s stillborn child.

The translation to English from the original in Kannada makes a few passages mundane. Some of the conversations between characters provide comic relief, which counterbalances the overall narration’s grave nature.

That Bhyrappa is a legend is unquestionable. Reading his opus Parva makes one wonder how many more Indian classics are waiting to be discovered because they are written in a regional language. It is a gem in the real sense of the word. And a definite must-read for anyone fascinated by the Mahabharata.

Parva by S. L. Bhyrappa is available on Amazon. 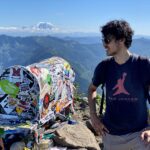 Abhishek Desikan is an avid book reader and a history enthusiast.