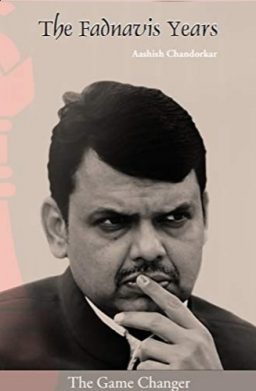 Geopolitics, historicity, and socio economic pawns align differently in each century or so on Maharashtra’s chessboard, causing unplanned moves across the country. Fadnavis’ elevation was one such move, and Mr. Chandorkar tracks it from his early student days, through an ABVP tenure, to being mentored by Messrs. Mahajan and Munde for the big break.

I grew up in a household directly concerned with Cooperative elements in agri processing in UP, and gaps in my personal experience are plugged in by the book. Aashish is in his elements when tracking the Maharashtra Cooperative movement, and the numerous infrastructure projects that Fadnavis actively lobbied for and won for his state.

All of Mr. Fadnavis’ schemes are name-checked. SAHBHAG, AAPLE SARKAR, ASMITA, AMRUT, his CM Fellowship programme, that strike a balance between *Swarajya and Surajya*. Mr. Chandorkar devotes substantial time to Land (Mumbai Metro, Samruddhi Corridor), Sea (Mumbai Trans-Harbour Link) & Air (Navi Mumbai International Airport) projects. The RERA & P-May get their time in the spotlight as well, and one will be suitably rewarded if these sections are studied well, for they are an excellent primer and data repository on Maharashtra State policy.

Reading about Mr. Fadnavis negotiating tough for his State’s inclusion in literally every Central Govt. project of importance reminds one of brand managers fighting for marketing & sales promotion budgets for their brands. Which is how Fadnavis’ governance style is. He brings in outside support. Sets up a SWAT team to workaround obstreperous bureaucrats. He prepares for and communicates his elevator pitches frequently. It’s infuriating to contrast this with how Akhilesh Yadav frittered his mandate in his last two years. Mr. Yadav’s uncooperative attitude, coupled with lateral talent crunch, the lumbering Uttar Pradesh bureaucracy, & popular expectation of snout at trough, stymied the state at a time when the Central Govt. was hungry for development.

Fadnavis’ unqualified success with the Jalyukt Shivar (tracked through 2015-17), the politically courageous APMC reforms, and the subsequent hit on the NCP’s blatant political interference, all lead up to the horror of Bhima Koregaon. A reminder that New Indian politicians might be technocrats and able administrators, but the Old Guard doesn’t relinquish power that easily to new-fangled ideas.

Caste, always a massive factor in Maharashtra politics, has become an even bigger entity thanks to a bankrupt opposition using the only available weapon in their arsenal to counter the BJP Govt. The odd, and sad, part is that Indians recognise this as a political gimmick but justify and dismiss its damage potential as *politics*. Post the Bhima Koregaon episode, delicately explored by Mr. Chandorkar, it’s clear the Old Guard doesn’t have any vision for the future, except more caste based reservations, and emotional stoking of the electorate. The New Guard, focussed on development, attracting investment and managerial talent, doesn’t know yet how to tackle the return to 1970s’ socio-politics.

One aspect Mr. Fadnavis gets the most flak for on the internet is his handling of cultural and religious affairs. This being a policy handbook, Mr. Chandorkar keeps the scope narrow and restricted to one chapter (Staying The Course, pg. 144). As Mr. Chandorkar reminds us, Fadnavis is leading a minority Govt. with an unpredictable ally. Run out of cosmopolitan Mumbai with global financial linkages, all voters’ interests have to be accounted for. But these are issues that need to be addressed rigorously and impartially, perhaps somewhere else.

I like how the book runs in verticals (sections), while exploring horizontal themes that cut across. Without getting into a psychographic analysis of Mr. Fadnavis, Aashish has actually brought out more of him as a person. Fadnavis’ stint in Vidarbha in particular (inviting steel production, selling excess power, working his constituencies, seguing from separate statehood demand to rebalancing resource allocation in its favour to kill that same demand) is one that his real life and virtual opponents, and emulators, should do well to study.

Since every book has something of its author, I must add that I first met Mr. Chandorkar in person over breakfast in a small gathering of diverse folk. He is boyishly warm and very witty, and has injected the occasional sly turn of phrase to make you chuckle. The tone is largely neutral, and style a cross between a business hardcover and Tim Ferriss.

To my question as to why he wrote this book as his first, with this subject, he said “Our understanding of contemporary politics and current events is quite poor. We read history but we do not understand how things are working around us. So I wrote the book to narrate the present. Which also becomes a reference for later to assess how things panned out in the tenure of this government.” That clearly indicates a follow-up in the works.

The book assumes a certain familiarity with Maharashtra politics, or at least non-passive interest in it, and comes with a helpful executive summary, and exhaustive references. I can’t stress enough how packed with data the volume is, making it a modern Maharashtra state policy handbook than a mere recount of Mr. Fadnavis’ regime, and the money you spend buying it, is well-spent. Even those who may not vote like Mr. Chandorkar, can use this book to strengthen their submissions.

Aashish has clearly sat in a few meeting rooms off the corridors of power that he writes about – if there’s a political anecdote that can be recounted about Maharashtra politics, he has it. And that ultimately is the reason why the book works. It’s written by one of us, confidently moving through several worlds at the same time, about one of us who is applying the same skills but in a different, a tad unpredictable industry.

(The Fadnavis Years by Aashish Chandorkar can be purchased here) 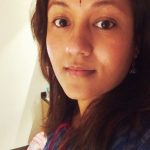 Lavanya Shivashankar has spent a decade plus career in marketing, She has built preference and retained consumers for some of the biggest names in FMCG,Read more