Decolonizing the Mindset: Dharampal’s Indian Science and Technology in the Eighteenth Century 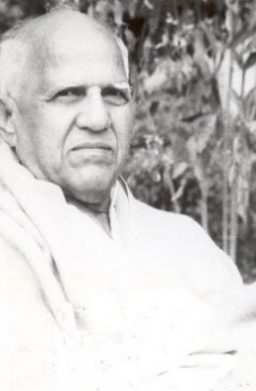 History is always written by the victorious. It tends to generally portray the defeated as inferior, backward, or even barbaric. What becomes necessary then, is generating a systematic indigenous viewpoint to review the distorted history; and make necessary amends to replace it with a more factual and organized one.

This is exactly what Dharampal’s (1922-2006 CE) unmaking of the English-generated history of Indian Society focuses on. What makes his writing all the more interesting is the fact that most of his resources are British records dealing with physical, social, and scientific  descriptions of India, her political history from 1748 to 1947, and the British designs and policies pertaining to India and their implementation.

Dharampal manually copied the records word by word and carefully scanned these documents to get a wholesome picture of pre-British India. The picture thus presented was nothing short of stunning. It indicated the existence of a fully functioning society, extremely competent in arts and sciences, which is revealed in agricultural and industrial production. The best feature was the elaborate fiscal set-up made for the upkeep of entire social system of education, agriculture and industry.

This series of articles aims at introducing and reviewing Dharampal’s seminal collected works. The present article discusses Volume-I Indian Science and Technology in the Eighteenth Century.

The Non-European world was tagged as backward and unsophisticated by the British. This tag became strong by 18th Century. The probable reasons could be the general disbelief of Asian intellectual abilities, and the overall incommunicativeness of the 18th Century Indian scholars. The said incommunicativeness must be mainly due to two reasons. One was the usual secretiveness of such knowledgeable people and secondly, the very sophistication and complexity of their theories that went un-understood by the European scholars untrained in those discipline. Let us examine two of the cases cited by Dharampal.

The later report published in 1920 by Archaeological Survey of India said that the building and the observatory, both were built latest by early 17th century and some more instruments were added by Raja Jayasinha in 1737. 18th century dating rests on articles published by Williams in 1793 for Royal Society and by Hunter in 1798, which were written to prove the superiority of Europe.

Rather curious point is the report of Barker and Campbell, who visited the observatory in 1772 and noted that it was there for at least two centuries. Had it been constructed in 1737, it must have been only 35 years then and there must have been some eyewitnesses to the construction. The construction would have looked 35 years old, too. There seemed no controversy of its antiquity in 1772, thus the 18th century dating seems rather fishy.  “The conversion of 2 centuries into 35 years is the most fabulous aspect of this later controversy.”

Another fascinating case that can be cited here is the Inoculation against small pox, which was universal in pre-British India. A detailed account provided by J. Z. Holwell notes that hardly one in a million inoculation failed. The situation altered after the imposition of British rule. Similarly, the fiscal system had also started to collapse which threw out the various Indian categories of specialists. The frequent small pox epidemics that were rampant in 19th and early 20th century should be traced down to the wipe out of indigenous inoculation by withdrawing all support.

Interesting accounts are available on Indian agriculture. They talk about artificial irrigation in 18th century India. The practices of crop rotation, manuring, sowing by means of drill plough and variety of other implements were common.

Apart from products like the Madras Mortar, artificial ice, and dyes; another good produced here was steel of excellent quality, suitable for making fine cutlery and surgical instruments. It was made directly from the ore and was never in the state of wrought iron. Indians were using both methods of making steel, which were discovered in Europe as late as 1825. They would elevate the temperature of the crucible containing pure iron, dry wood, and green leaves; whereby an abundant evolution of carburetted hydrogen gas would take place from the vegetable matter. Its escape would be prevented by the luting at the mouth of the crucible and it would be retained in contact with iron, which, at a high temperature had a greater affinity for gaseous than for concrete carbon. This would greatly shorten the process and achieve results at a much lower temperature than were the iron in contact with charcoal powder. The process would be completed in two hours and a half, as compared to 15-20 days by the then European method.

Dharampal raises a question that if Indian knowledge was actually so advanced, why did it disappear? Seemingly, the disappearance resulted mainly from the large-scale economic breakdown resulting from hostile state policies. Because, from 1800 onwards, India was to be made a consumer of British products.

What is crucial to note is, how the lack of knowledge or awareness of this know-how has resulted in lack of teaching or practice of these sciences and technologies. In both academic writings and actual practice, these techniques are shrouded in half sentences and incomplete citations. In words of Dharampal, ‘ignorance, apathy, and utter mental confusion about the life and society in 18th century India and also the western Europe, are natural products of such writing’.  He again takes the question of why such a breakdown and proposes some probable, speculative answers.

Sadly, the last-century Indians have not led to further innovations or creativity. Rather it has resulted mainly in retarding and blunting of indigenous innovation and creativity. To get that back, we need knowledge and comprehension of how we functioned before their dominance. Thus self-knowledge and self-awareness is the key to further advancements in India.

Dharampal hopes that if we investigate and understand such records, we can surely reconstruct our social and cultural past in the actuality and hopefully mould our state and society accordingly. Which sadly has eluded us since independence. He says that we have completely forgotten that we can look back and learn from our own past, and based on that experience construct our own identity.

We therefore need to make a profound alteration in our attitudes towards our people and our past. We must enable our people to feel more self-assured, confident, hopeful and proud of their talents and capacities. For this we need better awareness of their glorious past. We owe this awareness to ourselves.

Continued in next part.

The complete collection can be accessed at-

To purchase the series:

Some of his Hindi works are available at-