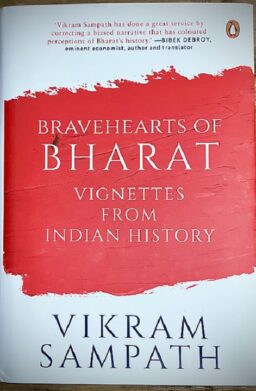 “History has always been the conquerors’ slave” – This assertion holds true when we talk about India’s ‘written’ past. However, it has been observed that the so-called history of India is replete with fabrications and fictitious conquistadors. While the truth is rather different, the majority of India’s so-called historians have always exalted foreign invaders and given them the stature of heroes.

The Indus Valley Civilization is where Indian history lessons start in colleges, deliberately excluding the more modern notions of people migrating to other parts of India after the demise of many of its towns. The discussion of Vedic gana, ganasanghas, janapadas, and other republican forms of administration is therefore completely omitted. It is quite evident that the Upanishadic concept explosion of the same era was deliberately avoided and the Buddha and Mahavira were ostentatiously covered.

Our ‘forced history’ discusses Ashoka and how, following the Kalinga War, he converted to Buddhism and how he built pillars and planted trees; and then briefly touches upon the Guptas and Harsha before skipping centuries.

The Delhi Sultanates, Mughals and The British colonisation came next. The discussion would then shift to the late 19th-century social movements, where it is insinuated that Hindus from the upper caste have historically held the majority of political positions.

We have a chapter each on all the invading Sultans and invading Mughals, who pillage India’s wealth and forcefully convert Hindus, instead of praising our predecessors, our liberation heroes like Maharana Pratap, Shivaji, Maharaja Chhtrasal, Cholas and countless more (who typically just get a one paragraph mention).

We are taught that the invaders made significant contributions to architecture in order to conceal the fact that Hindu monarchs had already constructed gorgeous temples, magnificent palaces, observatories, towers, and other structures.

It was never told to us that, there were 16 Chola rulers who ruled the Chola Empire. Only the names of two Cholas (Raja Raja and Rajendra) have been stated, for those of you who actually read that one chapter in one of your history books. And they’ve completely wiped off all the other kings and crucial elements of their empire.

Given how well-known the Cholas were for their naval skill, the Chinese Empire (Tang dynasty) asked them to put an end to the rife piracy in the Straits of Malacca. In Greece, they were even mentioned in dispatches for their nautical prowess. Among other things, this motive prompted the illustrious first foray of the Chola navy into the Malay Peninsula.

The history of India includes many facets of social and cultural life as well as the voice of the underclass. It is not simply a long list of dynasties that have governed various areas and overtime periods.

The latest book by Vikram Sampath, ‘Bravehearts of Bharat,’ helps to enlighten us in such circumstances.It tells the tale of fifteen valiant Indian men and women who refused to submit to the difficulties posed by the invaders, but who were ultimately pushed into obscurity and erased from history. Vikram Sampath has painstakingly carved the contribution of these great Indian warriors, giving them their due position in Indian history and connecting the younger generation to the country’s culture and legacy.

This epic tale of the difficulties endured throughout the course of fifteen unsung heroes, half of whom are women, tells the tale of heroic warriors who were never afraid to give their lives in defence of their beliefs, freedom, and rights. Vikram is history’s chronicler of these overlooked real victors.

This book sheds light on the contribution of the warriors who did not shirk from their duty, dharma, and karma even in the face of adversity by exploring the lives, times, and works of the long-forgotten and mostly ignored heroes and heroines of our past. Vikram Sampath takes us through the eras where our rights, freedom, religion, and nation were the most essential things, while also describing the tales of bravery and triumph that India as a nation and culture has in its long and turbulent past.

The Gajapati Empire of the Bhoi dynasty, the Palas, the Senas, or the Nawabs of Bengal and Murshidabad, or their histories, are rarely mentioned in relation to the eastern belts of Odisha and Bengal. Similar to this, and regrettably, is the north-east of India’s past, which has been lost and is thus mostly disregarded.

An honest conversation between author Vikram Sampath and economist Sanjeev Sanyal served as the inspiration for the book. The latter drew attention to the fact that India’s past is typically depicted as a long succession of conflicts that our nation has consistently lost.

In a subsequent statement, Vikram said, “If you look at all the big fights in our history, whether they are the battle of Tarain, the battle of Plassey, or others, you’d see that we have just a series of notable wars that are essentially litanies of loss. However, the fact that our civilization is still in existence suggests that we must have won a few battles in the past. It was difficult for me to find examples of conflicts or heroes who defied the conventional wisdom that they would lose. The inspiration for the book came from there.”

The book’s inclusion of female bravehearts took up half of its pages, which was one of its most remarkable features. Among them, the stories of Rajarshi Bhagyachandra Jai Singh of Manipur and Ahilya Bai Holkar of Indore stand out. Ahilya Bai was trained by her father-in-law to be a ruler and an administrator, which is a fascinating narrative in itself.

For Indore, her rule represented a golden era. In addition to effectively running her kingdom, Ahilya Bai promoted indigenous art and craft, renovated Hindu temples all over the nation, from 12 Jyotirlingas to seven Puris and four Dhams, and served as the torchbearer for Hindu culture and civilization. She used religion’s soft power to unify civilised India.

Few people are aware that the Portuguese made numerous attempts to capture Ullal but were unsuccessful for more than 40 years thanks to Queen Abbakka. The Rani of Jhansi has come to stand in contrast to the Queen Abbakka, who lived more over 300 years before her.

The golden period of Kashmir’s history is when the valiant and heroic emperor Lalitaditya Muktapida was in power. How many of us have even heard of him? Due to his successful military campaigns, amazing artistic talent, love for art, and desire to rule the entire world, he had held this title for 37 years. From Tibet in the north to the coasts of Dwarka and Orissa in the south, Bengal in the east, Vidisha in the west, and Central Asia, the kingdom of Kashmir at that time covered a vast area.

Some of the names that have been incorporated into the history of India in just a few lines include Rajarshi Bhagyachandra Jai Singh of Manipur, Lalitaditya Muktapid of Kashmir, Chand Bibi of Ahmednagar, Lachit Barphukan of Assam, Begum Hazrat Mahal of Awadh and Rani Abbakka Chauta of Ullal, also known as Abbakka Mahadevi.

In his book, Vikram tells the tales of these great warriors of India who battled valiantly to preserve the history and culture of their homeland, but the tales of their struggle went unsung and unknown. They are stories of bravery, persistence, vitality, and victory. The book concludes with a story about Savarkar that will leave you speechless.

The latest book by Vikram Sampath, gives a new direction to Indian history and accomplishes a goal that piques readers’ interest in the subject once more.

Sampath travelled across the country on his fact-finding mission, and it is these rich and real stories that make the book as unique as it is. In an interview, he said, “I relied substantially on the literature of regional languages and had to travel a lot because the tale of the people in this book is virtually unreported in mainstream historiography. I also looked into folklore and oral storytelling. The tale about Rani Abbakka, for instance, is from Karnataka. I had to travel to a specific area in order to write about her. In the literature and tradition of the area, all of these people are still present. I made an effort to find a connection between recorded history, oral histories, and folklore in all of my study and travels.

Bengaluru-based Sampath is the author of several books, including ‘Women of the Records,’ ‘Indian Classical Music and the Gramophone: 1900-1930,’ ‘Voice of the Veena: S Balachander: A Biography,’ ‘Splendours of Royal Mysore: The Untold Story of the Wodeyars,’ and ‘My Name Is Gauhar Jaan: The Life and Times of a Musician.’ 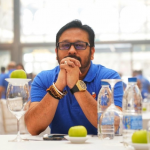