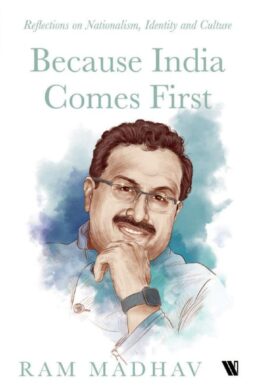 The book is a compendium of essays written by the author, fragmented into five units. Ram Madhav has spent more than three decades in public life. The book is a gist of essays/articles written by him. He has served as General Secretary of (Bhartiya Janata Party) BJP and National Executive Member of Rashtriya Swayamsevak Sangh (RSS). His vast experience and active participation of over three decades in politics are reflected in his writings throughout the book.

‘Because India Comes First’ was an article published in Indian Express post-2014 election result day wherein he lauded Narendra Modi’s social vision and governance style and his passion to make India strong. After six years and another magnificent Lok Sabha election triumph, the book analyses the governance of the Narendra Modi led BJP.

The book is handy for anyone who wants to dive into India’s cultural legacy along with Rashtriya Swayamsevak Sangh’s (RSS) outlook.

The key architect of the Indian Constitution, Dr. Babasaheb Ambedkar’s famous Three Warnings speech before the adoption of the constitution to Mahatma Gandhi’s teachings is also vividly explained by the author, including India’s first President, Dr. Rajendra Prasad’s defense of Universal Adult Franchise.

He compiled the visit and experience of both national icons with RSS before Independence. In 1934, when Gandhiji visited a 1500 strong Swayamsevaks’ camp at Wardha in Vidarbha, he was pleasantly surprised to find that the Swayamsevaks were not even aware of the castes of one another, not to speak of any idea of untouchability. Later, he invited Dr. Hedgewar to his Ashram and enquired about the RSS’s activities. The visit had left such a deep impression on Gandhiji’s mind that he referred to it fully almost thirteen years later. In his address to the workers of Sangh in Bhangi Colony at Delhi on 16 September 1947, he said, ‘I visited the RSS camp years ago when the founder Shri Hedgewar was alive. I was very much impressed by your discipline, the complete absence of untouchability, and the rigorous simplicity. Since then, the Sangh has grown. I am convinced that any organization which is inspired by the high ideals of service and self-sacrifice is bound to grow in strength:

The author has also explained the umbilical relationship between RSS and the then Bharatiya Jan Sangh (BJS) in the 1950s. The journey of RSS Swayamsevak Deendayal Upadhyay from pracharak to a politician under the mentorship of Guruji Golwalkar is encapsulated in one of the chapters.

The organizational openness in RSS under Balasaheb Deora to Mohan Bhagwat as chief is explained as a Glasnost moment for the Sangh. The former Prime Minister and BJP’s charismatic leader Atal Bihari Vajpayee’s political journey along with Arun Jaitley’s is narrated by the author.

The author discussed the analogy and rationality behind the Citizen Amendment Act (CAA), Assam National Register of Citizens (NRC), abrogation of Article 370 in Kashmir in detail from historical-political discourse to their implementation in the current scenario.

Ram Madhav termed abrogation of Article 370 as ‘correcting a historic blunder‘. The essays written on this issue are very insightful and educative for any novice on the subject. He successfully underlined the amount of injustices and discriminations done in the name of the Special Constitutional Provisions.

Ram Janmabhoomi (RJB) Movement – one of the core issues of BJP along with RSS and Vishwa Hindu Parishad (VHP) is described in the chapters. The author compared the brick laying ceremony by the PM at Ayodhya last year with a symbolic reiteration of what Dr. Rajendra Prasad had said at Somnath almost seventy years ago, “Today, our attempt is not to rectify history. Our only aim is to proclaim anew our attachment to the faith, convictions, and to the values on which our religion has rested since immemorial ages.”

The author refuted the projection of Indian women in general as ‘abala’ – feeble or born to suffer, and led down the narrative of Indian understanding of womanhood which is of equality, self-respect, and self-assertion by taking excerpts from the life of Maa Sita. He further added,

‘Historically, in our civilization, women are respected for their wisdom, self-respect, and dignity. The world’s most ancient literature, the Vedas, contains several verses written by women scholars and saints; Gargi, Maitreyi and Lopamudra were some of them. There were at least thirty women authors of the Vedic hymns. The famous dialogue that Gargi had with Yagnavalkya, over the nature of Brahman is a tribute to the scholarship of that great Vedic philosopher and also a testimony to the enormous respect that women enjoyed in the Vedic period’

The freedom struggle from foreign rule and similarities between two countries i.e., India & Israel is summarised in a very lucid manner. In the Chapter, ‘The Meaning of De-hyphenation, ‘ the author recalls PM Modi’s visit to Israel as a moment of de-hyphenation of India’s foreign policy from an earlier rigid conservative view. The author further adds,

“In our de-hyphenated foreign policy, we are friends with Iran and Saudi Arabia at the same time, US and Russia at the same time. China, Philippines, Japan, Vietnam – all of them may be friends or foes at various levels; but for us, they all are our friends on a stand-alone basis”.

The author asserts that China is a real foreign policy challenge for India. In the chapter, Going Beyond Panchsheel, he terms ‘Panchsheel’ as a symbolic ritual due to the lack of innovative ideas and how the previous governments pursued this ritual whereas the Chinese leadership used it as a tool of deception. Notably, the book also covers Tibet and Dalai Lama in the context of the Sino-Indian relationship and a short story on the Dalai Lama.

In one of his articles ‘At the root of Today’s crisis, an Intellectual Void’ published in the Hindustan Times, he precisely pointed out how COVID-19 has struck the existing political system – democratic and authoritarian. Authoritarian regimes like China became powerful and democracies became vulnerable. The pandemic has made countries insular and led to the rise of authoritarianism, but India stood up to the challenge and government popularity rose during the pandemic.

‘Modi-ism of the post-COVID 21st Century world can be borne out of the democratic and humanist credentials that he displayed in the fight against COVID-19′.

Because India Comes First: Reflections on Nationalism, Identity and Culture is available on Amazon. 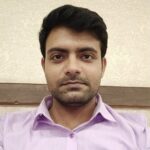