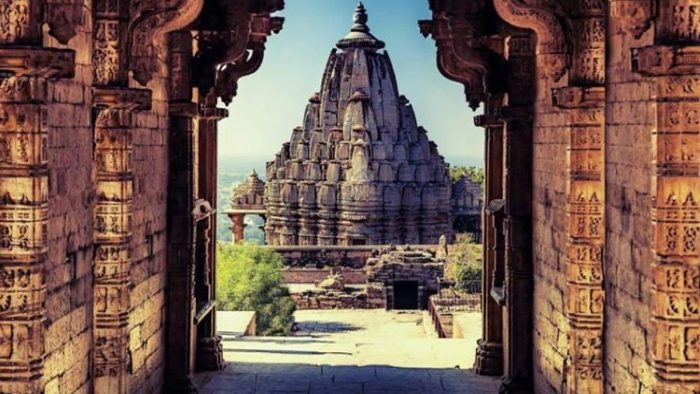 It takes some effort in convincing travellers to visit new and unknown destinations. There may not be enough information available about logistics, places to visit and things to do at a new location. Also, the absence of referrals from a known circle of people who can vouch for the place makes it difficult for a traveller to decide. Groups of photographers visiting a destination, and coming back with a large number of impressive visuals, can help solve this problem. A good number of skilled photographers and photography-enthusiasts, aided by mentors, visiting a destination can bring significant change in the perception of the place.

Working as a tour operator for photographers, I have observed how some places hitherto unknown were initially thronged by groups of adventurous photographers and eventually gained popularity with broader segment of travellers. Several case-studies in places we operate indicate that skilled photographers with even basic presence on social media platforms provide a significant nudge in making travel decisions within their circles, both online and offline. They also inspire other photographers who are excited by seeing images from a new location, who in turn accelerate the cause of information dissemination.

When managed and promoted well, this can quickly snowball into a good number of photographers thronging the locations, subsequently spreading the word across to a larger population. Tourism boards and destination management companies can benefit from inviting photographers and offering them attractive incentives for sharing images. Using a series of case studies, this work demonstrates how encouraging photographers to visit a destination can eventually lead to more travellers getting interested in it.

In the last decade, social media platforms have empowered every individual to become their own publisher. Rich media content, such as photos and videos, have proliferated and have enjoyed a significant share of eyeballs. The speed at which content is shared has turned online platforms into powerful mediums for reaching more people. Tourism boards and travel companies have also effectively worked with publishers on social media. The focus, however, has not been in the direction of introducing or promoting new and unknown destinations.

India’s Ministry of Tourism and large travel companies have greater focus on well-known locations and lesser emphasis on places that do not form popular tourist centres. Centralized agencies may also find it difficult to spend energies on popularising smaller and new destinations.

However, many small publishers on online platforms disseminate less common information and make an attempt to spread word about places that may not be well-known. Presence of a large number of travellers active on social media furthers this cause. They may, however, be limited by unavailability of high quality rich-media content. While tourism agencies regularly create and distribute exhaustive images and videos about well-known locations, a library of such content from less-known locations is not available to use for content creators. This poses a difficulty in luring travellers to visit such places.

Quality images can make a huge impact in decision making for a traveller. Good photographs can play a key role when the destination is not previously heard about. Attractive visuals can travel quickly on the internet and can catapult a non-descript location to fame in very little time. There exist instances of unknown places coming to limelight, and people making travel decisions owing to high quality images featured on Instagram—the image sharing platform— by a person they follow. While well-known social media publishers may influence a significant number of their followers to make travel decisions, it is impractical to bring such people to every location. But a pool of people with some skills in photography, who may not have a reach in millions but do have their own regular following, can also achieve similar results.

With eight years of work behind us in encouraging photography-enthusiasts to visit new and destinations, these case-studies attempt to bring forth contributions from photographers in bringing new destinations into focus and expanding their reach.

Despite being recognised as a wildlife sanctuary in the 1960s, Tal Chhapar remained an unknown place until a decade ago. Although just six hours away from Delhi, its small area of mere eight square kilometres, absence of large mammal population that are attractive to tourists and lack of tourism infrastructure kept the sanctuary away from visitors.

Tal Chhapar is blessed with an extraordinary variety in raptors (birds of prey) species unmatched anywhere else in the world within such a small area. Yet, it remained anonymous until wildlife photographers discovered its speciality. 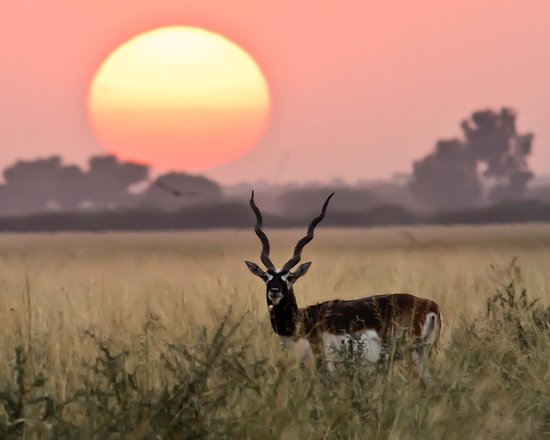 Currently, with more than half-a-dozen photography tour companies bringing wildlife photography enthusiasts to the park, we can say that the park has come out of its anonymity, even though it may never find the popularity of a tiger reserve. Birdwatchers, even from outside India, are now beginning to visit the park in search of the rare birds that can be seen here, such as red-necked falcons, spotted creepers and white browed bushchats.

The flow of visitors now keeps a lodge in the sanctuary running full during the peak birding season, has given livelihood to a few home-stays and is bringing additional business to small hotels in a nearby town.

Tal Chhapar is a great example of how photographers were squarely responsible for bringing a once nondescript place to limelight, despite little organized marketing effort.

Kyrgyzstan as a destination is almost unheard of, by Indian travellers. Having been behind the iron curtain of Soviet Union until it collapsed, and subsequent years of strict visa norms, kept Kyrgyzstan and its neighbouring countries well outside the tourist map.

About three years ago, two photographers including this author visited the country and worked to create an exhaustive set of photographs. The images consisted of spectacular mountain landscapes and insights to semi-nomadic shepherding culture of the mountain people. These images instantly elicited some interest, and by using them, it was possible to reach out to an audience who were keen about photography and expressed interest in travelling to Kyrgyzstan. Subsequently, two premium tours were successfully conducted to get more people to visit Kyrgyzstan. These tours were specifically catered to people interested in photography, and participants were guided by this author in the capacity of a professional photographer, mentored them to make beautiful images during the tour. 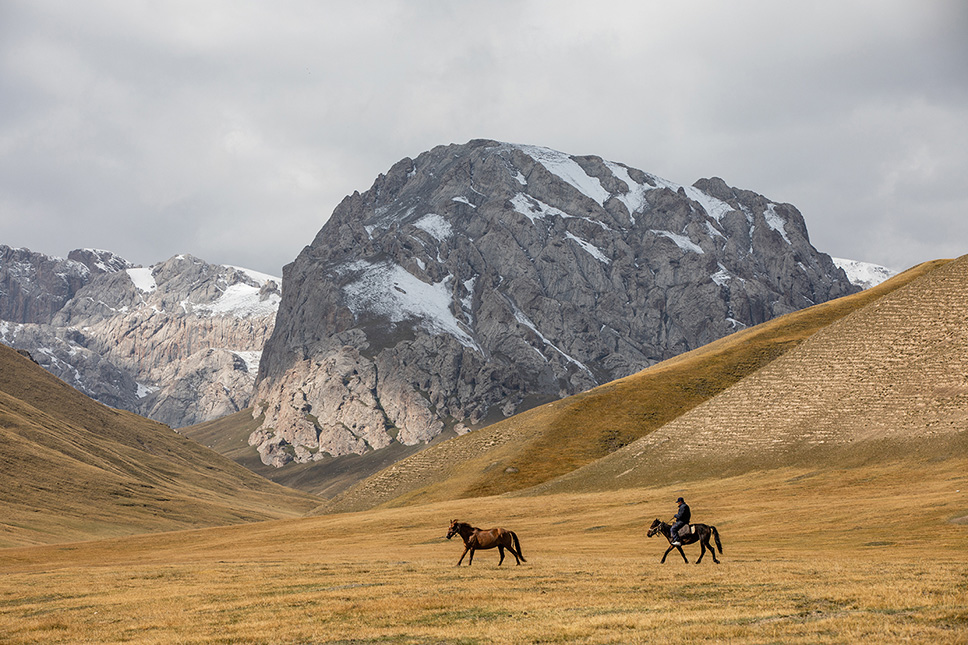 Two participants from these tours were subsequently part of a photography exhibition in Bengaluru conducted by a popular collective of photographers in the city. The exhibition featured, among others, their images from Kyrgyzstan. The event saw a footfall of about 4,000 people, many of whom expressed interest in Kyrgyzstan as a destination after seeing these images. Another solo exhibition, which will also feature images from the country, is scheduled for early 2,020 by another tour participant.

Participants of the tour also disseminated high quality images on online platforms, which resulted in tangible interest from people who had previously not heard of the country. One of the tour participants reported of at least 40 persons expressing interest in the destination after seeing the images, with continued request for information coming up every week.

The professional quality images produced by these photographers played an important role in creating a positive first impression. Also, since these images came from a known source (i.e., people who follow them online or know them offline) and not from a commercial organization promoting the destination, it had an element of trust that prompted travellers to consider the destination.

Until about 7 years ago, almost no one visited Ladakh in winters. Given the fact that temperatures can plummet to -20C or lower, it was understood to be unviable to visit the region outside the balmy summer months.

A shift in this pattern began with one photographer trying to document his adventures in the region. In 2008, Manish Lakhani went on a trek along the frozen Zanskar River, walking on  the ice for two weeks. At that time, very few trekkers were seen on the ice and there was almost no tourist presence in Ladakh during winter months. He had to sign up with a European tour agency, as no Indian adventure tour operators offered this itinerary.

On the trek, he mostly met local people on commute or a small number of trekkers from western countries, and almost no Indian trekkers. In subsequent years, he went back again and extensively photographed the spectacular landscapes along the trek-route. These images were like a game changer: few people had seen such arctic-like landscapes in India before this.

Lakhani made an effort to spread information about the winter landscapes of Ladakh, posting his photographs in regular intervals on online platforms. Over the next few years, he was able to generate a lot of attention to those images. He received more than five hundred expressions of interest to make this trek, which came solely by being influenced from his images on the web. In subsequent years (since 2013), several mainstream adventure companies also started organizing this trek (now called Chadar Trek) and it became a popular winter activity in Ladakh. A significant credit for bringing the charm of Ladakh in winters to light and creating an initial impetus can be attributed to high-quality images circulated online in the early years.

Further efforts are in progress by independent photographers and companies specialized in organizing photography tours to disseminate more images of Ladakh in winters. Winter images of well-known places in Ladakh, such as Pangong Lake, were hard to find a decade ago, but are now commonly available and helping to expand footfalls to Ladakh in winter.

Until 2011-12, most accommodations remained closed during winter months in Leh, and it was difficult to find a choice of places to stay in the town. With increased number of visitors, it is now possible to find more and more hotels and homestays choosing to stay open.

The above case-studies look at how photographers contribute organically to extend the reach of a destination. Over the last eight years of encouraging photographers to travel into remote locations, we have seen them act as catalysts providing helpful nudge in making travel decisions.

Encouraging photographers to visit a destination

For tourism boards and other organizations promoting tourism, it is beneficial to create opportunities for photographers to visit their destinations. In the process of organizing tours for photographers, we have occasionally found our groups in the middle of negotiating through obstacles, and then at times we were more welcome than a regular tourist. Some small gestures can motivate photographers a long way in promoting a destination.

(This paper was presented by Arun Bhat at  Indic Yatra conference) 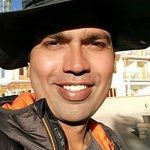