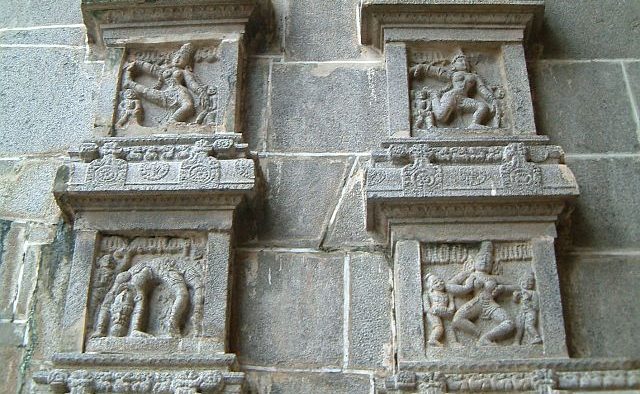 The word ‘yoga’ was formerly used in Vedic literature in the sense of ‘yoking’ or ‘harnessing’[1]. Pataïjali in his Yogasütra (YS, I. 2) defines yoga as the restraint of the modification of the mind. Further, when the mind and body have become pure through the practice of yama (restraint) and niyama (observance), the chances of the mind being ruffled by external disturbances are greatly reduced. At this juncture, the Yogin must assume a firm posture or äsana. Then by controlling his breath (präëäyäma), withdrawing his senses (pratyähära), and fixing his mind on a single object (dhäraëa), he must meditate (dhyäna) on Éçvara to reach the state of eternal Truth (samädhi). The above eight steps are prescribed by Pataïjali as the means for attaining Self-realisation.

Among these, we are concerned here with the third stage, viz., äsana, which is physiological in nature. Its aim is to keep the body firm and steady, says Yogasütra (II. 33):

However, äsanas were well-known from the Vedic period. In Åg Veda (X. 72) the term ‘uttänapada’ has been used which means one whose feet are turned upwards:

It is to be noted that Pataïjali has not mentioned any äsana and those that are practised today have been described by later texts on Haöha Yoga. This äsana, as it were, is the first step towards Yogic asceticism. It is said to make one firm because it kills out the rajoguëa that causes fickleness of the mind in the form of diseases. Also, the heaviness of the body caused due to a preponderance of tamas gets destroyed. In short, these äsanas bring about many important results, physical and otherwise. For, while performing these äsanas various nerve centres are activated and several diseases caused due to irregularity of the humours of the body viz., väta, pitta and kapha are nullified.

Among these äsanas, the Haöha Yoga Pradépikä (HYP, I. 34) records that Siddha, Padma, Simha and Bhadräsana are the best. Also, the Siddhäsana is the most comfortable and can be assumed always:

HYP (I. 36-7) further describes the Siddhäsana as placing the left ankle above the penis and keeping the other ankle above it. Also, this Siddhäsana is known to others as Vajräsana, Muktäsana and as Guptäsana:

Yoga, as it gained popularity, got manifested in every art form and tradition through the ages, sometimes in subtle and striking ways. One such visual depiction of the äsanas is through sculpture or iconography. It is interesting to note that the earliest reference to yogäsanas is obtained from the discovery of certain seals from the excavations at Mohenja-Daro and Harappa belonging to the Indus Valley Civilisation, where a figure on the throne is identified with Lord Çiva seated in the Mülabandhäsana.

The äsanas in the iconographical sense refers to the particular posture and position assumed by the deities in their sculptural representations. Also, symbolism of the äsana in the representation of the divine images is illustrative of the fact that all forms of Hindu worship are governed by the practical side of Yoga philosophy. Further, according to ancient tradition, the sculptor had to also follow strict discipline of body and mind to conceive the image of the divinity and to cast it into a concrete image for the purpose of meditation and worship of the Abstract Absolute.

The sculpture of the deities in temples, when seen from the view-point of Yoga would reveal them to be seated in Yogic postures. This strongly confirms the antiquity and the popularity of the yogäsanas. A few of these sculptural depictions of the äsanas are as follows:

This äsana is the one found in the seal excavated at Mohenja-Daro and Harappa. The technique of this äsana is to sit pressing the perineum with the heels, contract the anus so as to draw the apäna upwards. HYP (III. 61) describes it under the section of mudräs as Mülabandha:

Çaìkara Bhagavatpäda while commenting on the Yogasütra (II. 46) of Pataïjali in his Yoga Vivaraëa, describes Bhadräsana as placing the right foot over the left and right palm over the left palm on the lap after sitting upright:

The HYP (I. 54) adds that this bhadräsana destroys all diseases and the Yogins who have become siddhas call this as Gorakñäsana:

Lord Çiva and Buddha are seen seated in this äsana.

The Varähopaniñad (V. 17) gives the technique of this äsana as a meditative pose in which left thigh is placed on the right ankle and the right thigh on the left ankle, keeping the trunk straight:

This posture is depicted in idols of Lord Çiva and Lord Hanumän.

This äsana is the most common meditative pose seen in sculptures of various deities. It is described with many variant postures in most of the popular Haöha Yoga texts. The Haöharatnävali (III. 35, 37) says that one should place either feet on the opposite thighs with feet turned upwards and then place the palms turned upwards (on the region) between the two thighs. This is padmäsana, which destroys all diseases; it is attained only by the experts and not by all:

The HR (III. 30-1) and Gh. S. (II. 13) explain this äsana as crossing both legs at the ankles, keeping the knees raised, placing the arms streched on the knees and keeping the mouth open. One variant of this äsana is called as Yoga Nåsimhäsana where the tongue is also to be put out of the open mouth:

This is the pose that we can see in the Yoga Nåsimha mürti with or without a yogapaööa.

The perfect example for this äsana is the image of Lord Ayyappa or Çästä along with a yogapaööa. Hemacandra in his text Yogaçästra (IV. 132) says that one should sit on the ground with knees folded ad projected forward with heels and toes touching the ground:

The Darçanopaniñad (DU, III. 6) describes this äsana as the one where one must place one foot on the other thigh with the other foot under the opposite thigh and sit erect:

Goddess Sarasvaté is seen seated in this asana. A slight variation of this äsana, where one foot is placed on the ground is seen depicted in the images of Dakñiëämürti form of Lord Çiva.

The Sarva Jïänottarägama (Yogapäda, 249) explains this as a posture where one stands straight on one leg and places the sole of the other leg on opposite thigh:

This resembles the Våkñäsana as described in Gh. S. (II. 36). Goddess Kämäkñé is said to have done tapas assuming this äsana, at Mangadu.

Çré Näräyaëatértha, in his commentary Yoga Siddhänta Candrikä on YS (II. 46) states that, candrärdhäsana is the posture where one is to be seated with legs crossed as in padmäsana, but the feet must touch the sides of the pelvic region. He adds that this äsana is ideal for practising Yoga:

The image of goddess Prajïa Paramita from Nepal is in this äsana.

The HR (III. 19) mentions this äsana as one among the eighty-four but does not describe its technique. The Encyclopaedia of Traditional Asanas[2] describes it as lying on the left side and supporting the head with the left hand bent at the elbow is dåòhäsana. If the same is done on the right side then it is named as dakñiëäsana.

Most of the reclining Viñëu mürtis are in either of these äsanas and the Buddha image from Wat Pho, Bangkok is in dakñiëäsana.

The dancing form of Lord Çiva (Naöaräja) is said to be in this äsana. This is considered as a variation of äliòhäsana and is not mentioned in the popular Haöha Yoga texts[3].

Seated on a pedestal with one bent leg and another hanging down is the technique of this äsana. Most of the seated deities are commonly seen assuming this äsana.

From the above instances, the antiquity of yogäsanas and their popularity among the people is well confirmed. Various deities have been sculpted in different yogäsanas, in order to remind the people who come to worship the deities to understand the importance of these Yogic postures and implement them in their day to day life. 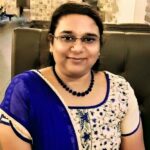 K. Vidyuta is currently working as a Research Associate at the K. S. R. Institute, Chennai.