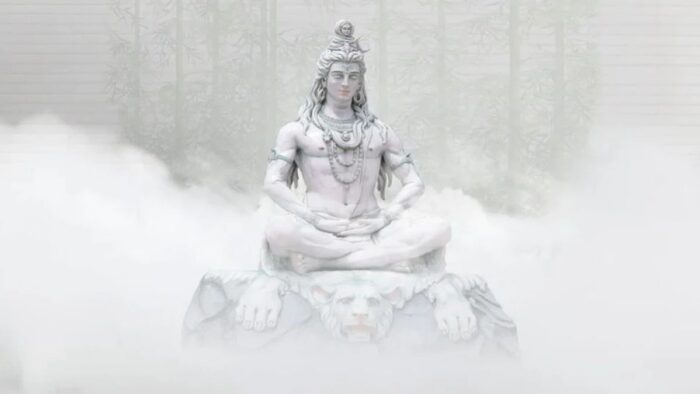 The Śaiva religio-philosophical system from ancient times has been spreading the highest and unflinching devotion to Śiva, the supreme God. Various acts of devotion such as the worship of Śiva (mostly in the liṅga), meditation, repetition of the mantra-s (japa), elucidation of the philosophical doctrines and service in the Śiva-temple along with service to the devotees of Śiva are some of the basic and fundamental practices that are universally found common in different schools of Śaivism. These practices can roughly be grouped under caryā, kriyā, yoga and vidyā sections. The Veda-s comprising the doctrinal sections, Upaniṣad-s, the Āgama-s that were revealed by Śiva to the gods and sages and the purāṇa-s all explain these principles in varying proportions. All these scriptures treat these principal points in their own way.

Of these scriptures, the Veda-s have been much explored all these years and various views and conclusions have been propounded. The other class of scripture, the Purāṇa-s are a huge body of literature that has recorded the śaiva religious practices and doctrines with all their details and in turn, has been exerting great influence in moulding the culture and the religious conducts of the followers of Śaivism from very ancient times.

Traditionally the purāṇa-s are considered to be eighteen. Generally, by the word purāṇa, the great ones (mahāpurāṇa) are referred. There are varying lists of purāṇa-s, some overlapping, in almost all the purāṇa-s. In fact purāṇa-s as a class of literature are mentioned in such texts as the Chāndogyopaniṣad. In the same way there are also eighteen upapurāṇa-s. These are again grouped into Śaiva, Vaiṣṇava upapurāṇa-s according to their contents.

In my present paper I focus on the upapurāṇa namely, the Saurapurāṇa (also called Ādityapurāṇa) as well as a section of the Skandapurāṇa, namely, Śaṃkarasaṃhitā. The study is not exhaustive and I intend to highlight some salient features of the text.

This text is in the form of an interlocution between Manu and Sūrya. It is divided into 69 adhyāya-s. The beginning section treats the all-pervasive nature of Śiva. He pervades the entire universe as its inner self. He is the only inner self and there is none else. That is, nobody else has that supreme power to pervade everything.

The supreme greatness of Śiva

Though unique he exists as everything and He is always accompanied by Umā, His supreme Śakti[1]. He is the only creator and from Him come out Brahmā, Viṣṇu and other gods. In fact these all these gods are mere playing toys (krīḍanaka) for Śiva. Śiva is always accompanied by His supreme Śakti called Umā, Girijā, etc. Interestingly the Saurapurāṇa states that māyā is the power and therefore Śakti and māyā are the same and Śiva is of the form of māyā[2]. The entire universe is created by Him and it exists in Him and during final deluge it abides in Him. There is no other supreme god than Mahādeva. The text very beautifully declares this view using interesting similies: Just as there are no hairs on the body of the tortoise, no horns in the hare’s head, no sky-flower so also there is none greater or superior to Hara[3].

The beginning parts of the Saurapurāṇa are fully interspersed with the views of some of the greatest śaiva upaniṣad-s such as the Śvetāśvatara, Kaivalya, etc. The well-known antaryāmi brāhmaṇa section of the Chāndogyopaniṣad is very eloquently used with many phrases taken from that section[4]. The Atharvaśiras and the Atharvaśikhā Upaniṣad-s have also exerted great influence in the formation of śaiva idea-s and in the declaration of the supreme greatness of Śiva over all other gods. These passages are the hymns addressed by the Veda-s to Śiva.

Śiva is realized only through intense devotion (bhakti) accompanied by knowledge (jñāna). The text waxes eloquently on the greatness and efficacy of śivabhakti, its essential role in securing dharma, artha, etc[5]. To try to be happy without intense devotion to Śiva is like trying to get milk from the protuberance in the neck of a goat[6].

The sun describes clearly the intricacies of śivadharma; it is the greatest of all the means to attain Śiva. It is different from and other than mere following of rites and performing the vedic sacrifices. It is entirely established on bhakti and does not require any external means[7]. The text goes to the extent of saying that even if a sinner committing many offences remembers Śiva with devotion he is saved[8].

The 42nd adhyāya describes the procedure of Śiva worship. The entire rite almost resembles that explained in the śaiva āgamas ad other ritual manuals (paddhati). In the 44th adhyāya deals in detail with various devotional acts and services that one can perform inside the temple of Śiva. We get the corresponding fruit for each of the services.

The 52nd adhyāya of the Saurapurāṇa deals in detail with different sins and the expiatory rites to get rid of them. Sins are generally divided into two kinds, visible (prakaṭa) and secret (rahasya). The divine marriage of Śiva with Goddess Gaurī, the birth of Kumāra are very elaborately described from the 53rd  adhyāya to 61st adhyāya.

The 64th adhyāya again extols the greatness of devotion to Śiva and the devotees of Śiva. Śivabhakti is so great that a person with highest devotion to Śiva is not affected by greatest sins (mahāpātaka). One gets the fruit of the vedic sacrifice, atirātra by just seeing a śivabhakta or by merely speaking with him[11].  The text goes to the extent of saying that one should not look into the class of a śivabhakta—whether he is a Brahmin or a kṣatriya or a śūdra or the lowest one. He should be respected in any situation. One should not question his conduct or birth. The devotee of Śiva who has the holy tripuṇḍra on his forehead should be worshipped. The text declares that Yama is the controller for all creatures except for the śivabhakta-s. That means the devotees of Śiva are only under the protection of Śiva and no other lesser god can exercise their power over them. Saint Tirunāvukkaracar in one of his Tēvāram songs boldly declares that he and the devotees of Śiva are servant of none but Śiva and they dare even Yama, the god of death. Nāvukkaracar proclaims that because of this there is no fear or misery for them and they live in happiness forever. The 65th adhyāya deals with the greatness and the supreme efficacy of the pañcākṣaramantra and the fruits obtained by offering various flowers, fruits, and other substances to Śiva by reciting the pañcākṣaramantra. Many verses are very much similar to the 5th adhyāya of the Śivadharma mentioned earlier. From all these it is very much evident that Śivadharma has exerted greatest influence in the formation of the some important sections of the Saurapurāṇa. These type of texts should be studied and explored more for gaining a true picture of the early development of śaiva religion and philosophy and their influence in the minds of śaiva-s.

The Skandapurāṇa  is divided into saṃhitā-s; there is another Skandapurāṇa, probably a larger text, which has seven divisions known as khaṇḍa-s. The former text is widely prevalent and is being studied mostly in the southern part of the Bhāratadeśa and commented (the Sūtasaṃhitā, one of the six books dealing with philosophy, mainly Śivādvaita, has a very scholarly commentary from the pen of one Mādhavamantrī, who, most probably lived in the early part of the Vijayanagara period, the 14th CE); The stories related to Skanda—His birth, His chivalrous battle with Tāraka alias Śūrapadma, etc.—had been adapted into Tamil verse, made into a great epic known as Kaṉtapurāṇam by the 15th century scholarly Śaiva priest, Kacciyappa Civācāriya of Kanchipuram.

The Śaṃkarasaṃhitā is one of the six (seven ?) books of the Skandapurāṇa. It has inner subdivisions such as Dakṣakāṇḍa, Upadeśakāṇḍa, etc. In the Dakṣakāṇḍa there is brief discussion between Brahmā and Dakṣa, one of his ten mind-born sons, on the greatness of Śiva. Dakṣa asks Brahmā Who is the supreme Godhead  capable of solely performing the creation, sustenance and drawing back all the worlds unto Himself ? Who is the supreme light (paraṃjyotiḥ) existing as the inner witness in every being ?

Brahmā replies him after duly meditating on Śiva. He says, “He who appeared as a huge column of fire before Viṣṇu and Brahma who both were quarelling among themselves overpowered by confusion, is that unique supreme Lord, Parameśvara ; He is the agent of all the worlds, and especially both for me and Viṣṇu. Having created both of us—Brahmā and Viṣṇu—Śiva  also allots us the duties to be performed; existing as the inner self of all beings, He activates each one of them to perform its own work.

This statement of Brahma is the corroboration of the Chāndogyopaniṣad passages in the III.vii.5-23:

To inculcate the view that Śiva exists as the innermost self of everything Brahma continues and gives the example of fragrance pervading the entire flower, the oil existing as the inner most essence of sesame and the sound pervading the gong (ghaṇṭā):

This statement is direct corroboration of the view expressed in the example verse 8 on the 2nd sūtra of the Civañāṉapōtam of Meykaṇṭār which is one of the basic texts of the Śaivasiddhānta system in Tamilnadu. The verse in Tamil reads as:

As Śiva exists in an inseparable relation with the selves just as the musical note and the music, the fruit and its sweetness, the Veda-s do not say Śiva is one but they state that Śiva is non-dual.

In fact the entire text of the Skandapurāṇa in all its different books (saṃhitā-s) is fully permeated with Śaivasiddhānta and Śivādvaita viewpoints.

Like this there are many more such great Śaiva philosophical views found  scattered in some of the Upapurāṇa-s which require a deep study and exploration.

The Śivadharma also has a few very interesting passages defining bhakti towards Śiva:

From these one can easily understand that intense bhakti was given utmost importance in śaiva relion also and such a bhakti is not the only property of vaiṣṇavism alone.

[8]  In the Tēvāram songs of Appar we come across the same view: even if one lives a wretched life subsisting on cow’s meat but fully devoted to Śiva, then, he himself is a god that one reveres. 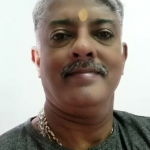