An Investigation Into The Medicinal Systems Of Ancient India And Hawaii 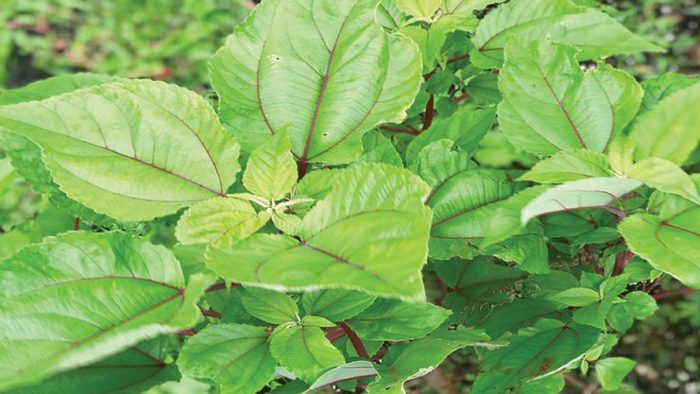 Imagine a land where is no ruler, no army, no system of law, no crime, no greed and no division of society. Yes, it existed between 300-1200 CE in Hawaiian Islands. Located in the South Pacific Ocean, the archipelago has 8 major and numerous small islands. Volcanic islands were formed few million years ago. Hawaiian Islands are most isolated place on this earth for the nearest landmass is 4000km away in California. This isolation led to the growth of great biodiversity. The land was immigrated by the waves of settlers since 300CE. These settlers gradually built a distinct culture and a system of medicine. No written documents are available as the language lacked the script. With Captain Cook’s discovery of Hawaii in 1778, English language and Roman script entered the islands of Hawaii. The narratives which were kept alive through oral tradition were documented and published. The exact time of growth of the medical system cannot be fixed as there was no script for Hawaiian language.

The earliest human settlement in Hawaii goes back to 300CE. The original place from where the early settlers migrated is unknown. Ancient Hawaiians lead an ideal and sustainable lifestyle. Each family (Ohana) had an ‘aumakua,’ a spirit living as family member. It could be an animal, bird, tree or anything and everything Example- Lizard, Shark, Owl etc. There were also families whose aumakua was natural phenomenon like thunder, tides etc The early ones believed that there was one body of life to which they belonged. Land, sea and sky were part of body of life. Everything that grew in land, swam in oceans, flew in sky were their brothers and sisters. Humans were part of all things and all things were a part of Humans. They did not destroy anything. A plant to be picked was spoken to and explained why it was being done. Even a rock would be asked for approval before moving for construction. If the signs were against such use, then they would move to another rock. With regards to fishing and collecting food the rule of “no want, no waste” was applied. Only what was needed was collected with gratitude.

Everything belonged to everyone. When a child was born, he/she was presented with a mat, a kapu (small eating bowl) and a Kapa (Dress, each family had a Kapa of a particular color. White was considered as absence of life and undyed Kapa was not used by anybody). These are the only two things that the person possessed. No one would steal other persons mat and Kapa. The thief would be banished from the community.

The land belonged to Pele, the goddess of Volcanoes for she created it. Individual owning the land was outside the purview of Hawaiian intellect. Hence, there were no title deeds.

In around 1000CE, second set of settlers entered Hawaii from Tahiti, Polynesian island. They pushed original Hawaiians to Molokai, Kuai and other smaller islands and occupied Big Island, Oahu and others. They brought about the rule of chieftains (ali’i). They called natives as Mana hune/ small power. They brought about rule of law. Yet, over the time, they learnt Hawaiian way of sustainable living. The robe of the King was not made by gold or silk but by the feathers of small birds. The birds were not killed to obtain the feathers, instead the branches of the trees are painted with bee’s wax. When the bird gets stuck, two of its feathers are collected and it is released. It would take hundreds of years to make a gown. From 1200-1778, all contacts with outer world got sealed. There were zero exports and zero imports. It was an ideal self-sustained economy.

In 1778, British Captain Thomas Cook landed in Hawaii along with consumerism and measles. The epidemic took toll on Hawaiians and their population reduced to 1 million from 30 million. British started owning the land by creating the documents for the land and natives became landless. They lured ali’i for more wealth and made ali’is of various islands fight with each other. They traded guns for sandalwood, the latter was sold in China. The Kanaka Mauli (Natives) were made to carry the logs on their backs and descend the hills resulting in more fatality.

USA was alarmed with growing powers of Britain and France in Hawaii. USA declared no more colonising of Hawaii by Europeans and signed a treaty with Hawaii. Christian missionaries of USA entered the islands and there was rapid conversion of Hawaiians. Protestant Christians manipulated the Hawaiian history and the next generation was told that their ancestors were cannibals. US sugar plantation owners came to dominate the economy and politics of the islands. USA annexed Hawaii illegally in 1898. UN declared annexation of Hawaii as illegal and told USA to return Hawaii to Hawaiians which the USA refused. The indigenous Hawaiians are still struggling to protect their culture against consumerism, Christianity and Tourism.

The knowledge of La’au Lapa’au was passed on from Kamaka-nui-‘aha’i-lono (large eyed messenger) to Lonopuha. Pu-heke learnt from both of them and in turn trained his son, Pahala. When Pu-heke died, Pahala noticed that he died due to obstruction in the bowels while stripping off the flesh from the bones of the dead body for burial. (In Hawaiian tradition, only bones are buried by covering with mulberry leaves in a far off caves and flesh is stripped off).

Brahma recollected the knowledge of Ayurveda and passed it to Daksha prajapathi who in turn passed it on to Indra. From Indra, it was passed on to Ashwini kumaras. Ashwins later passed it to sages Bharadwaja and Atreya.

Hawaiians were polytheists and believed many gods and goddesses were associated with healing.

Ayurveda too speaks of many gods and goddess associated with healing. Revathi, Skandamata etc are Grahas which cause diseases in new borns. Hi’iaka-i-ka-pua-‘ena’ena is chicken pox which in India too is believed as possessed by a female deity called Masurika.

Hawaiian healing is of two types:

Ho’oponopono (family counselling) is done to discover the underlying causes of illness. Families will have sessions regularly to resolve issues before they grow. The family gods were invoked and every member of the family would reflect what sin he had committed. Forgiveness was a part of treatment in Ho’oponopono.

Hawaiians believed sickness was a family matter and its cause and solution rested mainly within the family. There were two categories of sickness. The first was caused by the forces outside the body and the second by the forces within the body. Usually the first group of illness resulted from jealousy, hatred, dissatisfaction of a spirit or family ancestor, or from the work of sorcerer. Relief was sought through prayers and offerings to the Gods. The second group of illness arose from within the body. It required herbs to heal.

Ayurveda believes in 5 elements theory. Any vitiation in these five elements viz ether, wind, fire, water, earth leads to diseases which require herbs to heal But, there are also diseases which are caused by Karma which needs to be treated by charity, pilgrimage, forgiveness etc.

In La’au Lapa’au, three types of massages are explained. The procedure of massage and the therapist are called by the same name.

The massages in Ayurveda are plenty. It acts as topical application and as a preparatory measure of Panchakarma. Wide variety of oils, powders, decoctions, pastes is used in Ayurvedic massages. The Hawaiian medicine though has Padaghata, Abhyanga and some other massaging techniques; the effect is to relax the body, relieve the muscular pain and increases the circulation.

Many lush tropical plants on the Hawaiian Islands have healing properties. It is estimated that over 300 plants have been used since the beginning of Lapa’au. Unfortunately, deforestation, urban sprawl, and expansion on the islands has caused many plants to be eliminated or extinct. So there are only 30 plants used and only 16 of those plants are easy to find and readily available.

The identity of the early settlers of Hawaii is still not confirmatory. But the fact that they arrived with Olena (turmeric) indicate their association with India as turmeric is native Indian plant. This paves the way to analyse the association of the Hawaiian medicine with Ayurveda.

The path traced could be Indonesia to New Guinea to Micronesia and Tonga; from Tonga to Tahiti and Polynesia. Finally from Polynesia, Hawaii got it’s the early settlers.

The population of Hawaii in the later part of 19th century comprised largely of immigrant Chinese. It also had a high influence on Hawaiian medicine, but Hawaiian medicine is distinct from Chinese medicine.

The pioneers of knowledge in both the systems are considered divine. In India, the knowledge was passed as it is without any omission or commission but in Hawaii, the pupil made his contribution by adding to the existing knowledge by the grace of his Aumakua (family God). In former, the personalities themselves are considered divine and knowledge from the source was considered as complete whereas in the latter there existed family God distinct from the above personalities and improvisation was accepted.

Since the land is volcanic in nature, it is not much blessed with mineral resources. The most important minerals were salt and clay. However, Ayurveda has a well-developed Rasashastra.

The Native Hawaiian Health Care Act of 1988 recognised the use of traditional healers as a way to improve the health status of native islanders. Ho’oponopono is practiced in health care centers serving Native Hawaiians. Hawaiian healers are not considered as physicians but as counsellors and herbalists. In 1990, there were approximately 60-80 healers in Hawaii with the average age of 75. The profession of healer was generally hereditary. Now, although, Hawaiian healing has become a part of university curriculum, is studied only for a semester or two. It is a part of graduation on Hawaiian culture and there is no separate course on full time study of Hawaiian medicine. The study is neither integrative.

Ayurveda is fully developed medical system with strong basic principles of Tridoshas, Pancha Mahabhoota, Saptadhatus etc. The graduates of Ayurveda are considered medical doctors. The curriculum is integrated with biomedicine and there are measures to promote holistic medicine in India. 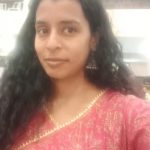 Dr Bhavana K R has Masters in Basic Principles of Ayurveda and Sanskrit literature. She has more than five years of teaching experience. She isRead more