A War Expedition, Infidels, And The Sack Of Delhi 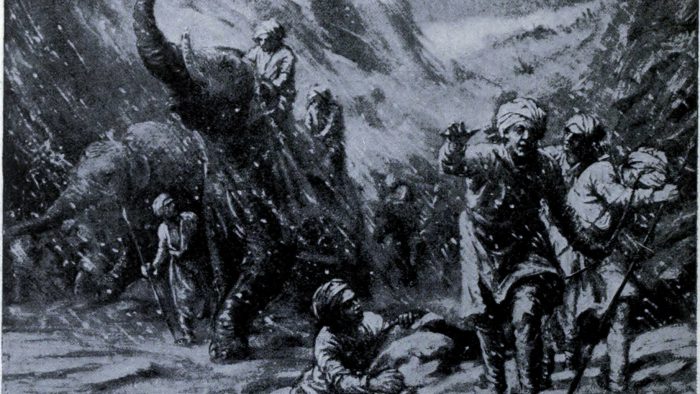 Delhi has been built, razed down, and rebuilt, time and again. Its strategic location to watch over the invaders from the north-west, and ease of maneuvering from the fertile plains in the north to Bengal in the east and Deccan in the south, had always made it the perfect choice for an imperial capital. Being the capital, Delhi was always rich.

The royal treasure, a booming economy, and its strategic location made Delhi the perfect target of invaders. Throughout the medieval period, Delhi has witnessed its share of loot and plunder. One of the deadliest was the fall of Delhi to Timurlane, on 17th December 1398.

The part of Delhi that today houses some of the posh localities, shopping malls, and golf clubs, was the scene of a bloody battle in 1398. This battle resulted in over 100,000 dead prisoners of war and a general massacre of the residents of Delhi. The city of Jahapanah, Siri, and Lal Kot, all faced the brunt of Timurlane’s marauding army.

The leisurely afternoons that visitors spend on the banks of Hauz Khas, the audience enjoying a cultural evening at the Siri Fort Auditorium, or families shopping at the malls in Saket, have forgotten that six hundred years ago on a chilly December day, these very places saw armored cavalry of Timurlane clash with trumpeting elephants of Mahmud Shahd Tughlaq and Mallu Iqbal.

It all started after Timur captured Iran and was contemplating his next target. A rather detailed account of the preparations, the war, and the aftermath of Timurlane’s attack have been chronicled by Prof. A. V. Williams Jackson of Columbia University.

Largely derived from Timur’s own memoirs the account is vivid in its description. The riches of India including its gold and diamond mines, its royal treasures, and its cotton fields were the prime target of the Timur. However, he needed an excuse to legitimize his invasion of India.

The conditions were ideal for an attack, the Delhi Sultanate was crumbling under its own weight. The house of Tughlaqs was disintegrating and much of the regions around Delhi were virtually independent of the Sultanate.

Timur styled himself as the savior of Islam and had bestowed the title of the “sword of Islam” upon himself. That gave him the excuse he was seeking. According to his memoir, he wanted to wage a holy war against the infidel sun-worshipping idolaters and convert them to Islam.

It is pertinent to note that while the Delhi Sultanate was an Islamic State, its subjects were overwhelmingly Hindu. When the Islamic State of Delhi Sultanate started to disintegrate, Timur saw it as the perfect opportunity to restore the rule of Islam, which was falling in disarray.

From a point of view of interpreting history, one might argue that the prime motive of Timur was the booty and plunder, and not a holy war. This might be true, however, it is also true that his religious zeal played a part in rallying his soldiers, buying in consensus among the ulemas, and above all legitimizing his expedition.

The first stop of Timur in India was at Multan (now in Pakistan). He arrived in Multan in September of 1398 and moved east towards Delhi. On his way he sacked many towns and villages, killing and capturing the local population.

Upon arriving at Panipat, Timur recorded that the infidels of the region had fled their homes, setting them on fire. This in fact was a millennia-old tactic of Indians, used in wake of an invading army.

The Greek chroniclers of Alexander’s time have recorded similar incidents in the Mahajanpad regions of northwest India.

People who could not defend themselves from the invaders would burn their houses and flee, refusing the invaders the chance to loot supplies for their onward march.

In early December when Timur reached the outskirts of Delhi, he sacked the fort of Loni (a town by the same name still exists in Ghaziabad district in Uttar Pradesh). By his own account, the Rajputs of the fort put their women and children in the houses and set them afire.

They then came out to fight the last stand, getting killed in the battle. Shortly before the war for Delhi commenced, Timur was presented with a delicate situation.

During the battle of Loni, when the enslaved infidels heard about the resistance being put by Mallu Iqbal’s forces, they rejoiced and mocked the Turks. Their rejoicing was short-lived.

There were almost 100,000 prisoners of war whom Timur had enslaved. Seeing them as a potential threat, Timur ordered every single slave to be killed.

On 17th December, Timur’s army camped in front of the Jahapanah Fort (the area around modern-day Malviya Nagar, Khirki village, and Panchshila Park). The Tughlaq army faced a resounding defeat and both Muhamad Shah Tughlaq and Mallu Iqbal fled under the cover of darkness.

After the initial euphoria of the victory settled down, on the 26th of December, the news of infidel residents pouring back into the city reached Timur. He ordered his troops to capture them and seize their possessions.

The residents opposed the forced extraction by the Turkic soldiers and engaged in combat. The real resistance to Timur came from the infidel residents of Delhi and not from its rulers.

Timur once again records how many residents set fire to their own houses with their women and children placed inside. For almost two days, fifteen thousand of his soldiers carried out a general massacre of the residents to quell the resistance.

Timur records the massacre in the following words –

“The sack was general during the whole day, and continued throughout the following day, Saturday, the seventeenth, the spoils being so great that each man secured fifty to a hundred prisoners, men, women, and children, while no soldier took less than twenty. There was likewise an immense booty in rubies, diamonds, garnets, pearls, and other gems; jewels of gold and silver money of the celebrated Alai coinage; vessels of gold and silver; and brocade and silks of great value. Gold and silver ornaments of Hindu women were obtained in such quantities as to exceed all accounts. Excepting the quarter of the Sayyids, the scholars, and the other Mussalmans, the whole city was sacked. The pen of fate had written down this destiny for the people of this city, and although I was desirous of sparing them, I could not succeed, for it was the will of God that this calamity should befall the city”.

Like the city of Jahapanah, the city of Siri too was plundered. The account of Timur and his so-called inability to stop the “pen of fate” is probably a lie.

It was not uncommon among the Turkic armies to give a free hand to the soldiers to carry out a general loot. A pre-assigned percentage of the loot (Ghanima/Ghanim in Arabic) was then paid to the King. It is unlikely that Timur did not wish to collect his share from Delhi.

A similar arrangement of loot and plunder was seen in the sack of faraway Istanbul in 1453. The mercenaries of Mehmed were allowed to loot the city and take slaves among the captured Christian infidels.

Apart from the plunder, Timur also selected the best of the artisans from the city to build a Jami mosque in Samarkand.

During the last six hundred years, Delhi saw many more battles, loot, and massacres, yet, it lives on. Ever so vibrant, dynamic, and steeped deep in history. 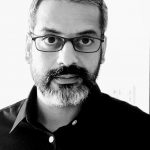 Vijender Sharma is a member of the Indic Today Authors Group and the author of Essays on Indic History, the book is now available onRead more