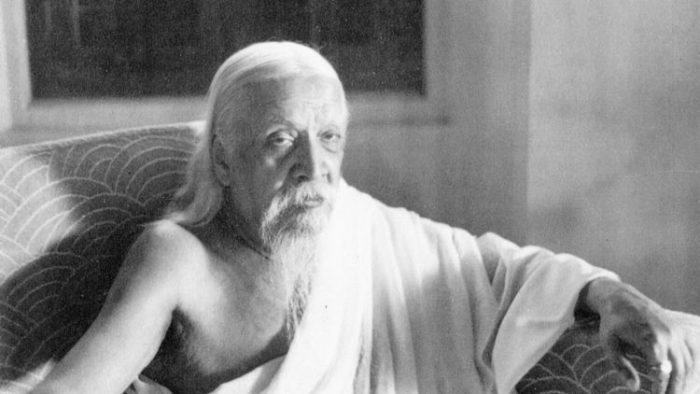 When the case opened in the lower court and we were brought before the Magistrate I was followed by the same insight. He said to me, “When you were cast into jail, did not your heart fail and did you not cry out to me, where is Thy protection ? Look now at the Magistrate, look now at the Prosecuting Counsel.” I looked and it was not the Magistrate whom I saw, it was Vasudeva, it was Narayana who was sitting there on the bench. I looked at the Prosecuting Counsel and it was not the Counsel for the prosecution that I saw; it was Sri Krishna who sat there, it was my Lover and Friend who sat there and smiled. “Now do you fear ?” He said, “I am in all men and I overrule their actions and their words. My protection is still with you and you shall not fear. This case which is brought against you, leave it in my hand. It is not for you. It was not for the trial that I brought you here but for something else. The case itself is only a means for my work and nothing more.” Afterwards when the trial opened in the Sessions Court, I began to write many instructions for my Counsel as to what was false in the evidence against me and on what points the witnesses might be cross-examined. Then something happened which I had not expected. The arrangements which had been made for my defence were suddenly changed and another Counsel stood there to defend me. He came unexpectedly, – a friend of mine, but I did not know he was coming. You have all heard the name of the man who put away from him all other thoughts and abandoned all his practice, who sat up half the night day after day for months and broke his health to save me, – Srijut Chittaranjan Das. When I saw him, I was satisfied, but I still thought it necessary to write instructions. Then all that was put away from me and I had the message from within, “This is the man who will save you from the snares put around your feet. Put aside those papers. It is not you who will instruct him. I will instruct him.” From that time I did not of myself speak a word to my Counsel about the case or give a single instruction, and if ever I was asked a question, I always found that my answer did not help the case. I had left it to him and he took it entirely into his hands, with what result you know. I knew all along what He meant for me, for I heard it again and again, always I listened to the voice within; “I am guiding, therefore fear not. Turn to your own work for which I have brought you to jail and when you come out, remember never to fear, never to hesitate. Remember that it is I who am doing this, not you nor any other. Therefore whatever clouds may come, whatever dangers and sufferings, whatever difficulties, whatever impossibilities, there is nothing impossible, nothing difficult. I am in the nation and its uprising and I am Vasudeva, I am Narayana, and what I will, shall be, not what others will. What I choose to bring about, no human power can stay.“

When I approached God at that time, I hardly had a living faith in Him. The agnostic was in me, the atheist was in me, the sceptic was in me and I was not absolutely sure that there was a God at all. I did not feel His presence. Yet something drew me to the truth of the Vedas, the truth of the Gita, the truth of the Hindu religion. I felt there must be a mighty truth somewhere in this Yoga, a mighty truth in this religion based on the Vedanta. So when I turned to the Yoga and resolved to practise it and find out if my idea was right, I did it in this spirit and with this prayer to Him, “If Thou art, then Thou knowest my heart. Thou knowest that I do not ask for Mukti, I do not ask for anything which others ask for. I ask only for strength to uplift this nation, I ask only to be allowed to live and work for this people whom I love and to whom I pray that I may devote my life.” I strove long for the realisation of Yoga and at last to some extent I had it, but in what I most desired I was not satisfied. Then in the seclusion of the jail, of the solitary cell I asked for it again. I said, “Give me Thy Adesh. I do not know what work to do or how to do it. Give me a message.“

In the communion of Yoga two messages came. The first message said, “I have given you a work and it is to help to uplift this nation. Before long the time will come when you will have to go out of jail; for it is not my will that this time either you should be convicted or that you should pass the time, as others have to do, in suffering for their country. I have called you to work, and that is the Adesh for which you have asked. I give you the Adesh to go forth and do my work.”

The second message came and it said, “Something has been shown to you in this year of seclusion, something about which you had your doubts and it is the truth of the Hindu religion. It is this religion that I am raising up before the world, it is this that I have perfected and developed through the Rishis, saints and Avatars, and now it is going forth to do my work among the nations. I am raising up this nation to send forth my word. This is the Sanatan Dharma, this is the eternal religion which you did not really know before, but which I have now revealed to you. The agnostic and the sceptic in you have been answered, for I have given you proofs within and without you, physical and subjective, which have satisfied you. When you go forth, speak to your nation always this word, that it is for the Sanatan Dharma that they arise, it is for the world and not for themselves that they arise. I am giving them freedom for the service of the world. When therefore it is said that India shall rise, it is the Sanatan Dharma that shall be great. When it is said that India shall expand and extend herself, it is the Sanatan Dharma that shall expand and extend itself over the world. It is for the Dharma and by the Dharma that India exists. To magnify the religion means to magnify the country. I have shown you that I am everywhere and in all men and in all things, that I am in this movement and I am not only working in those who are striving for the country but I am working also in those who oppose them and stand in their path. I am working in everybody and whatever men may think or do, they can do nothing but help in my purpose. They also are doing my work, they are not my enemies but my instruments. In all your actions you are moving forward without knowing which way you move. You mean to do one thing and you do another. You aim at a result and your efforts subserve one that is different or contrary. It is Shakti that has gone forth and entered into the people. Since long ago I have been preparing this uprising and now the time has come and it is I who will lead it to its fulfilment.“

[On 30th May, 1909, Sri Aurobindo gave his last political speech after coming out of jail at Uttarpara. The above is an excerpt from that famous speech.]