The Truth About Sardar Patel On Kashmir 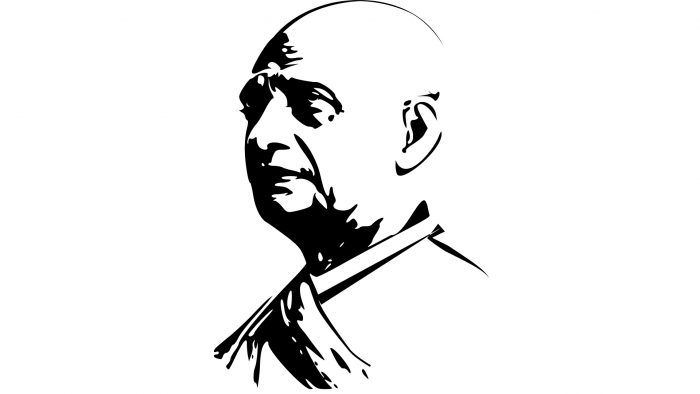 A blanket statement does the round, often, that “Sardar Patel was willing to give away Kashmir”. This has no nuance, ignores all the unique complexities of a novel and difficult historical situation, and completely sidesteps the many phases of decision-making on the Kashmir problem at that time. This essay is taken from my upcoming book on Sardar Vallabhbhai Patel, India’s first deputy prime minister, called The Man Who Saved India.

Sardar Vallabhbhai Patel’s great dream was a united India. Even in May 1946, he was writing to K. M. Munshi: “We have successfully avoided a catastrophe which threatened our country. Since many years, for the first time, authoritative pronouncement in clear terms has been made against the possibility of Pakistan in any shape or form.”

What is he referring to?

He is referring to the Cabinet Mission Statement in 1946 which said, “The setting up of a separate sovereign State of Pakistan on the lines claimed by the Muslim League would not solve the communal minority problem; nor can we see any justification for including within a sovereign Pakistan those districts of Punjab and of Bengal and Assam in which the population is predominantly non-Muslim.”

But this was not to be. So Patel focussed on doing the next best thing — bringing together the union of India. This meant the fusing of British India with the more than 500 Indian ‘princely states’. It was considered an almost impossible task until Patel took on the job.

It is true that till about September 1947, Patel was willing to negotiate a settlement on Hyderabad in exchange of Pakistan gaining Kashmir. But there was a simple reason for this— he said very clearly that it would be impossible for a newly independent India to survive with a large foreign state right in its middle. When Hyderabad was brought into the union of India after military action, Patel famously said: “Hindus of Hyderabad became free after many years of bondage, and a big tumour was removed from the stomach of India.”

But why did he say this?

He said it because his hand had been forced by constant reports of massacres of Hindus by Razakar militia backed by the Nizam in Hyderabad and also — what is almost never mentioned — reports that the Nizam had ordered arms worth three million pounds from Czechoslovakia. An ever greater massacre seemed just round the corner — so Patel had to be decisive and he was.

As he had told Rajaji, who supported Nehru on preferring no military action on Hyderabad, on September 13, 1948 as Operation Polo, the Indian military action, started: “I don’t want future generations to curse me that these people when they got an opportunity — did not do it and kept this ulcer in the heart of India. On one side Western Pakistan, on the other side Eastern Pakistan — their idea of Pan-Islamic block and to come to Delhi and establish the Mughal empire again. Once we enter Hyderabad… it is State Ministry’s function. How long are you and Panditji (Nehru) going to bypass the States Ministry and carry on?”

Prime Minister Jawaharlal Nehru agreed with this view. He said: “It was impossible for an independent state to have foreign territory right at its very heart. Hyderabad must accede to the (Indian) union, not by force or compulsion, but by a peaceful settlement.” Patel of course realised that Hyderabad wanted to do no such thing — and in spite a nasty quarrel during which Nehru screamed at Patel but the Sardar was just stoic and silent, the deputy prime minister ensured that the very next day the army rolled into Hyderabad. This incident was recorded by K. M. Munshi who acted as an emissary from the Indian government for discussions with Hyderabad.

It was under these circumstances that Patel was ready to negotiate on Kashmir to save Hyderabad. At that time, he felt that Hyderabad was a much bigger threat to the union of India.

But that changed with what happened in Junagadh. In Junagadh, the Nawab secretly acceded to Pakistan, which secretly Jinnah accepted. And then, the Nawab fled leaving his state in a lurch — and leaving behind one of his begums and some of his numerous dogs.

Even so, both Lord Mountbatten and Nehru wanted a plebiscite, while Sardar Patel was of the strong opinion that a plebiscite should not be held because the Nawab had fled and the state was in disarray. But after a lot of coaxing he gave in and a plebiscite was held where overwhelmingly people voted to join the Indian union. Indian Civil Service Officer C. B. Nagarkar, who was neither Hindu nor Muslim presided on the vote and only 91 people of more than 200,000 people voted to join Pakistan. All of this is well-documented by V. P. Menon.

When Patel saw that Jinnah had no qualms of trying to usurp a Hindu majority state, which was against the basic principles on which the partition was happening, he grew more and more rigid about Kashmir and not wanting to give an inch of it away.

Also, as Balraj Krishna noted in his book on Patel, Air Marshal Thomas Elmhirst, Chairman of the Chiefs of Staff Committee, told him that Patel had said to Elmhirst: “If all the decisions rested on me, I think I would be in favour of extending this little affair in Kashmir to full-scale war with Pakistan… let us get it over once and for all, and settle down as a united continent.” This is not the only time he said something like this.

Patel told Rajendra Prasad in 1949: “Kashmir too might have been solved but Jawaharlal did not let the troops go from Baramula to Domel (during the First Kashmir War of 1947–48). He sent them towards Poonch.”

In fact, it was Patel and Sheikh Abdullah who pushed hard to send the Indian army to Kashmir while Jawaharlal Nehru dithered. To do full justice to Nehru, he had told Mountbatten that military action would not be the path in Kashmir, and wanted to keep his word. But as the situation developed, there was, once again, no choice.

Then, there is this point about whether Patel supported Nehru’s decision to take the Kashmir issue to the United Nations Organisation (UNO, as the UN was called at that time). No, he did not. Here is Patel in late 1948: “We have seen what price we have paid in Kashmir by going to that organisation… For six months, we were maligned all over the world by the representatives of Pakistan. And people who had never seen this country and who did not understand what the problem… was — they began to hear out our case… Eventually, they made proposals for a ceasefire. We accepted the proposals… the other party did not. Yet we are where we were. If we were to fight this out by armed forces and in the United Nations Organisation (UNO) is not able to do anything, then instead of calling it the Security Council, it must be termed the insecurity council.”

It is just not true to say that Patel went “along with Nehru’s decision”. Nehru was prime minister and Patel was deputy prime minister and in many of these things, they fought every inch of the way (though, and this is hard to understand today, they had great affection and respect for each other too). But sometimes — especially on Kashmir — Nehru got his own way because, and there is a whole saga about this too, he was the prime minister, and Kashmir was sentimentally much closer to him.

There is another early 1948 speech that is often mentioned to show that Patel supported the decision to go to the UNO on Kashmir. The line quoted is this: “With regard to Kashmir we say it is better to have an open fight than to have disguised warfare. It was for this reason that we went to the UNO.”

But once again what is never mentioned is that Patel is saying this in a context. Note the lines before and after this line.

Lines before: “We have to evacuate Hindus and Sikhs from the Sindh. For, despite all protection, they cannot remain there for a day… The situation is fraught with difficulties.”

Lines after: “If Kashmir is to be saved by sword, where is the scope for plebiscite? We shall not surrender an inch of Kashmir territory.” He is speaking in the context of a proposed plebiscite, which after the war, once again something he does not want. He does not want to give an inch, and so in that context he is talking about going to the UNO. Now that Nehru has gone to the UN, and still there is talk of plebiscite, he is making his overall displeasure clear. In no way does this suggest — and many speeches before and after suggest — that he liked the going to UN decision.

There is another reason why he is talking about plebiscite in early 1948. That hint comes from a letter written in November 1947 where he says, “We have to make sure that our interests are not prejudiced by anything that would produce adverse results in the plebiscite. Once the plebiscite is assured in our favour, we can tackle other matters…” he fully expects the plebiscite to be a swift affair once it has been taken to the UNO. But by the end of 1948, he is losing patience with something he had never agreed to in the first place and is angry about it.

This, then, is the truth about Sardar Vallabhbhai Patel and his thoughts on Kashmir. More in my upcoming book on Patel, The Man Who Saved India, now on pre-order discount here.

This article first appeared on Medium. 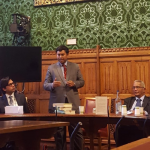