The Death of a Sadhu 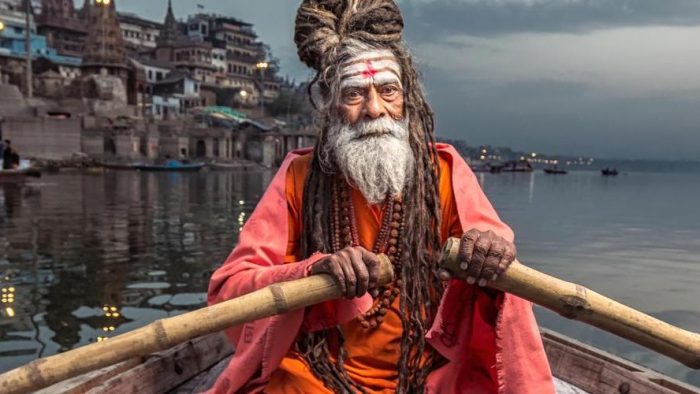 A Sadhu is someone who has taken Sanyas after performing his own Pind-daan or post-funeral rites. You may wonder why would anyone even dream of attacking a Sadhu? Indeed who can kill a man who has already discarded his material life? Yet, there has been a dastardly incident in the country recently, where more than a hundred people perpetrated violence on two old, unarmed and feeble Sadhus over a mere suspicion, that led to their demise at the hands of the said crowd.

Sadhus, who were once accorded the highest place in the society by kings and rulers are today left without any support system and while there are multiple political reasons for such a sorry state of affairs, one of the prime reasons for their neglect is the ignorance of how the sages of India have guided its leaders towards achieving their goals since time immemorial.

This article is my attempt to re-introduce the readers to a few of these stalwarts from the Indian Puranic corpus, and make their contribution known to the world. Let me begin with the Saptarishis who can be alphabetically enumerated as – Atri, Bharadwaj, Gautam, Jamadagni/Yamdagni, Kashyap, Vasishth and Vishwamitra. You may have heard the names of a few of them but the real role they have performed in molding our ancient society remains largely undiscovered.

The sage Atri, even though unheard of by a vast majority of people, is the composer of the fifth Mandal of the Rigveda, the oldest Hindu scripture in the world. He is also one of the founders of the tradition of Vaikhanas Vaishnavism that teaches Bhakti towards Lord Vishnu. Him and his wife Sati Anasuya, sired three children who went on to achieve completely different goals in their lives, thereby blazing a brilliant trail for the rest of humanity to follow. The two were also met by Lord Rama during his exile where Anasuya gifted Sita some garments and unguents that could sustain her through the fourteen year exile in the forest.

One of their sons is Dattatreya, a popular figure in Maharashtra who is not just considered an Avatar but also has a lot of literary gems to his credit. He is the author of the famous Avadhut Gita, a seminal text on Advaita-Vedanta that gives beautiful lessons on Oneness of the entire world. Datta Guru, as he is known popularly in Maharashtra, is also one of the founders of the Nath Sampradaye, who have spread the worship of Shiva and practice of Yoga throughout the nation. More importantly, they also organized themselves into a military group at the time the Mughal tyranny was at its peak, and helped save many important Hindu cultural centers from the Jihadi onslaught. 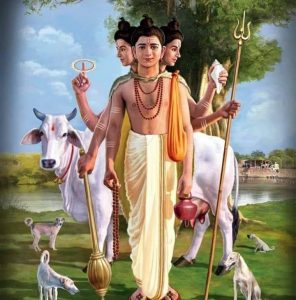 The second rishi in our list is Bharadwaj, again not a very well-known figure for a common man but you would be surprised to hear the deeds him and his family had performed. Bharadwaj was the son of Deva-guru Brihaspati, the chief preceptor of the gods and is the composer of the sixth Mandal of the Rigveda. He is also the author of a treatise on archery known as the Dhanur-veda; Bharadwaj Samhita, a Vaishnav Pancharatra text, as well as has many contributions to Ayurveda that were extremely scientific and way ahead of their time. The Charak Samhita credits him with the statement that an embryo is not caused by wish, prayers, urging of mind or mystical causes, rather is produced from the union of a man’s sperm and menstrual blood of a woman in her womb at the right time of her cycle.

Bharadwaj also had illustrious children – a son known to the world as Garga, and two daughters, Ilavida and Katyayani, who are married to Rishis Vishrava and Yagnavalkya respectively. Garga Muni is considered an authority on Jyotish-shastra or Astrology; Yagnavalkya was the author of the Shukla Yajurveda as well as the Shatpatha Brahmana and the guru of Raj-rishi Janak; and Vishravas was the father of Kuber as well as his half-brother Ravan, the main antagonist of the Ramayan!

Bharadwaj himself finds place in the Ramayan as a friend and disciple of Valmiki who also guides Rama and Sita to set up base in Chitrakoot. He also organized the Putra-Kameshthi Yagna for Maharaj Bharat, the king after whom our country was named BhArat! His other son Dronacharya, was the teacher of the Kauravs and Pandavs who fought in the famous war of Mahabharat utilizing the skills taught to them by the same guru. Bharadwaj therefore has an indirect influence on both the protagonists of the two great historical epics of ancient India.

The third of the Saptarishis is Gautam, who is infamously associated with the incident related to his wife Ahalya, but that is not all there is to him. He has compiled many verses in the Mandal one of the Rigveda as well as the Samveda; is credited with the descent of the river Godavari, the lifeline of the middle part of India; and is described as saving the people of the region from a severe drought that had lasted twelve years. Clearly, a man who did not just indulge in scholarly pursuits but also helped the common people around him to survive in difficult conditions.

The fourth sage Jamdagni also otherwise called Yamdagni, is the son of another illustrious rishi Ruchik of the Bhrigu clan, and is credited with the use of the first umbrella and sandals to protect one from sun’s heat! He is the father of the Avatar Parshurama, who from a simple Brahmin boy, evolved into the Brahma-kshatriya who decimated an entire corrupt ruling class twenty-one times. Both of them have contributed verses to the Vedic corpus and showed the world how Sadhus not only take care of the spiritual upliftment of the society but also its practical necessities. 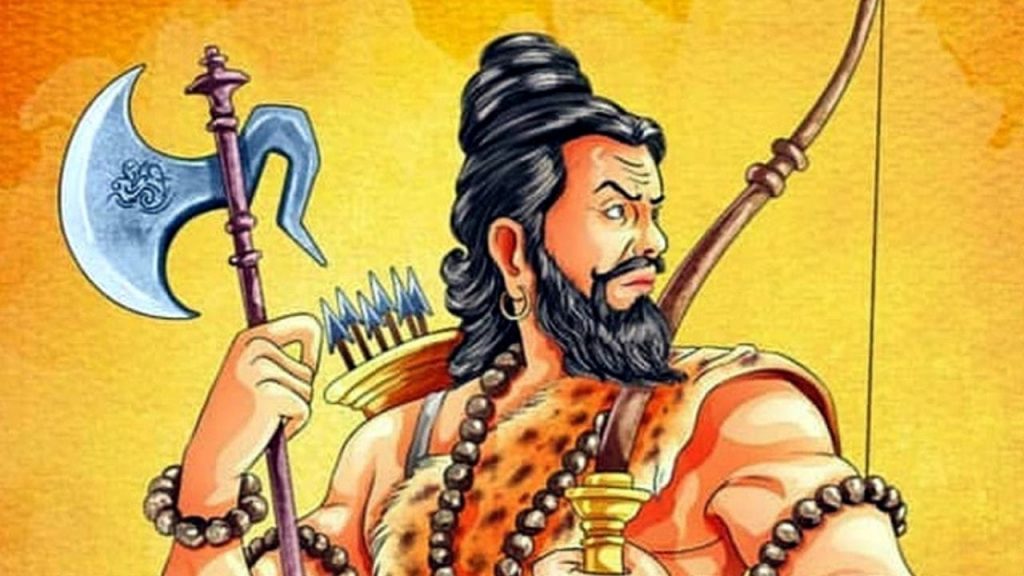 The fifth in the list is Kashyap, who is associated with the valley of Kashmir which was named after him as Kashyap-mir. You may be surprised to know that he is also the progenitor of all the species that live on this world today. Various Puranas describe him and his thirteen wives of having created life forms as diverse as the Devas, Daityas, Danavs, Garudas, Nagas, various animal forms and all vegetation! This gives a whole new meaning to the beautiful thought of ancient Sadhus of India – Vasudhaiv Kutumbakam – the world is my family. If that was not enough, Kashyap also demanded Parshurama to leave the earth alone after his carnage and rest on Mount Mahendra, thereby showcasing his compassionate aspect along with the creative one.

The sixth rishi that we shall talk about is Brahma-rishi Vasishth, a name that would be more familiar to those who have been watching the current rerun of the Ramayan on television. He is one of the sons of Brahma who is perhaps most closely associated with human kings such as Harishchandra, Dashrath and Lord Rama. He is the composer of the seventh Mandal of the Rigveda and the author of the Agni and Vayu Purans. He guided numerous generations of rulers not just the Suryavanshis from Ayodhya but even the Bharatvanshis as mentioned in the famous Dasrajna battle of the Rigveda.

The last but certainly not the least of the Sadhus that deserves to be mentioned here is Brahma-rishi Vishwamitra. The only one of the Saptarishis who was born a Kshatriya, he is a counterpart to Parshurama’s reverse caste hopping. Many would know the role he played in the Ramayan but most people don’t realize that had Vishwamitra not taken Rama and Lakshman to the forest with him, they wouldn’t have received the knowledge of the divine weapons that he shared with them and that were used later in the forest of Dandak Aranya to annihilate the Asuras. 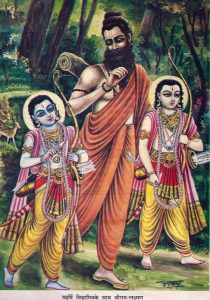 Also, had Vishwamitra then brought back the princes to Ayodhya, instead of taking them to Mithila, Rama and Sita would have never met and the Ramayan as we know it would not have happened Besides, Vishwamitra is also the composer of the third Mandal of the RIgveda, and the discoverer of the Gayatri Mantra that is chanted everyday by millions of Hindus worldwide. An inspirational man who challenged his destiny to become one of the greatest Sadhus that India has known, he also saved Raja Harishchandra, from the sin of Nara-bali by saving the child Shunahshepa and making the king repent for his actions.

I would also like to mention two more sages of ancient India that played a very important role in two of the most important historical events of this country – Valmiki and Ved-vyas. Both of them again represent the fact that even a low-born man could attain the highest of pedestals in the world of the Sadhus who were beyond the caste divisions. While the former was a hunter and bandit before his transformation by the hands of Narad muni, the latter was born to a fisher-woman and represents one of the first mixed-caste sages of India.

We all know Valmiki as the composer of Lord Rama’s journey but his role did not end there. He also gave shelter to Sita and her unborn children when she had to take refuge in his hermitage due to the calumny heaped on her by the citizens of Ayodhya. He was instrumental in bringing Luv and Kush back to their original city at the time of Raam’s Ashwamedh and reuniting the heirs of the kingdom with the Suryavanshi ruler.

Ved-vyas not just sorted the Vedas into four for the easier understanding of the common people in Kaliyug or the present era, he also wrote down the Puranas to make sure that those who cannot understand the philosophy of the Vedic corpus, can comprehend the teachings of Dharma by means of stories of the gods and illustrious kings of India. Many people know that he composed the Mahabharat but very few appreciate the fact that he was also the grandfather of Pandavs and Kauravs who fought the final war of annihilation. In a way, Vyas wrote down the history of his own descendants to guide the future generations about the principles that should be followed in life and the ones that should be avoided. 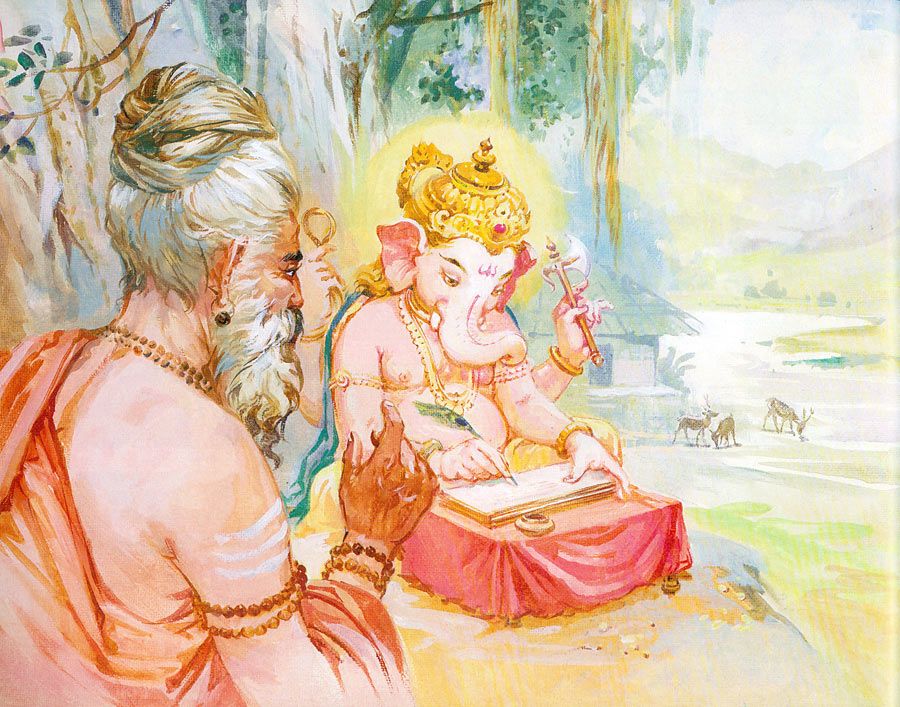 As would be abundantly clear from the list we have discussed above as well as their accomplishments, the Sadhus or sages of India are not mere ascetics and have performed vital functions for the society at different time periods. There are many more that can be added to this list but it should suffice to say that it is time for us Indians to re-acquaint ourselves with the contribution of the sages to our society and accord them the same respect our own ancestors gave to the Sadhus that they took guidance from.

While in today’s materialistic world, we are busy running behind the pursuit of Artha and Kama, it is only because of the teachings of the Sadhus that we can fulfil the goals of Dharma and Moksha. As Corona has shown us, none of our financial and amorous conquests mean anything at the end of the day and we all have to understand the role these religious men perform in our lives.

A society that cannot protect its saints and sages, is certainly headed towards extinction. 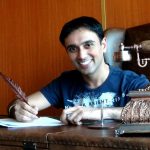