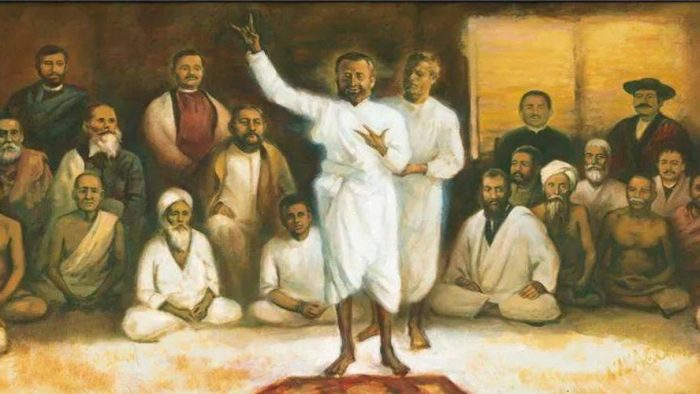 The socio-religious and cultural developments in colonial India, during the late nineteenth century, were influenced by the birth of many new spiritual and philosophical school of thoughts which struggled to achieve a national identity by strategically spreading their philosophy in the backdrop of, what may be called, a political phase of self-conscious ‘Indian nationalism’.

Bengal, the then capital of British India, was the hot seat of such intellectual revolution in the country. The Ramakrishna Mission with its central establishment in Bengal was a major contributor to the dynamically evolving intellectual metamorphosis. At the same time, another popular socio-spiritual school of thought – the ‘Brahmo Samaj’ had firmly established its base in the city of Calcutta. While the former was founded by the famous Indian Hindu monk Swami Vivekananda, on the spiritual ideas of his Guru Sri Ramakrishna [1], the latter was established by great Indian social reformers like Raja Ram Mohan Roy, Debendranath Tagore and subsequently led by Keshab Chandra Sen. [2]

This short essay presents a few insights into the interactions between two above-mentioned individuals, namely – Sri Ramakrishna Paramhansa and Keshab Chandra Sen. At the very outset, a biographical introduction to the upbringing of both these great personalities would be pertinent.

Sri Ramakrishna, held by many as the greatest spiritual leader produced by mankind in the past two centuries, was born in the year 1836 in a poor orthodox Bengali Brahmin family. He did not receive any formal education and spent his early years worshiping Goddess Kali as a priest at the much revered Dakshineswar Temple in Bengal. Ramakrishna Paramhansa received the monk-hood vows from his spiritual mentor Guru Tota Puri, who is known to have been an ardent devotee of the great Shankaracharya. Ramakrishna’s spiritual ideas espoused the teachings of the Bhakti, Tantra and those of the Advaita Vedanta religious traditions.

Keshab Chandra Sen was born in the year 1838 to a wealthy Hindu-upper caste zamindar family in Calcutta. The Sen family members were devout worshippers of the Vaishnava sampradaya and as a young man Keshab was brought up in a strict religious atmosphere. He received the best of formal education that money could provide and was subsequently sent to study at the prestigious Hindu College in Calcutta. At a very young age, Keshab C. Sen came across the second Brahmo Samaj leader Maharshi Debendranath Tagore, who within a very short span of time, was remarkably impressed and attracted to the brilliant oratorial gift and passion for theological introspection that young Keshab exhibited.[3] Tagore invited the young man to become a member of the Brahmos and within the next few years, Keshab’s zeal for social reformation and an aggressive revisionist endeavour to counter ritualistic superstitions earned him the position of ‘Pradhan acharya’ of the Brahmo Samaj theological association.

Interestingly, in the later years, the radical philosophical changes proposed by Sen ran contrary to some of his own actions thereby revealing his personal hypocrisy and leading to the fracture of the Brahmo Samaj itself. However, this essay does not dwell upon this particular issue and will focus on Keshab’s interaction with Ramakrishna.

Ramakrishna’s popularity spread rapidly. His charisma had begun to attract many youngsters who approached him to remedy their philosophical dilemmas.[4] Sri Ramakrishna’s meeting with Keshab C. Sen is probably one of the most notable meetings recorded between these two divergent school of thoughts.[5] It is said that Sen was strongly disappointed at being informed, that an uneducated Hindu temple priest by the name of Ramakrishna, was gaining utmost prominence by hypnotising youthful minds with his irrational spiritual philosophies. He decided to confront the latter in person and publicly disprove his philosophy by challenging him to a one-on-one ideological debate. To Sen’s great surprise, Ramakrishna hugged him and offered a platter of sweets even before he could express his anguish and philosophical disagreements. This was the magical charisma of Ramakrishna; in a moments time he had destroyed the false sense of animosity between Sen and himself. However, true to his determined character, Sen was not to be deterred with an initial hurdle of psychological impediment. He even cautioned Ramakrishna that the latter’s emotional tactics of proposing truce would not, in any way, deter Sen from disproving and falsifying Ramakrishna’s ideology.

Once the debate started, Ramakrishna responded to each of Sen’s logical arguments by repeating the same answer: “Your presence is enough proof of God, there is no need of other proof. Without God how is such intelligence possible…… I don’t see there is any question of argument. You are the proof. I don’t need to give any other proof.”

By the end of the debate a remarkable change had taken place in the mind of Keshab Sen. In fact, the witnessing spectators were shocked to see the great Sen fall to the feet of Ramakrishna in acceptance of his defeat. Sen is recorded to have said: “I don’t know. One thing is certain, that man has experienced something about which I have been only talking. I can talk efficiently, but he has it; he radiates it……People think he is mad, but if he is mad, then I would like also to be mad. He is far superior to our so-called sanity.” [6]

Keshab C. Sen was so deeply touched by Ramakrishna’s charisma that over time he started incorporating the latter’s teachings in his daily life and personal philosophy. In 1878 he compiled and published Ramakrishna’s teachings in a book titled Paramahamser Ukti (translation: The sayings of Ramakrishna). In the very next year, in 1879, a prominent Brahmo Samajist Pratap Chandra Majumdar wrote Ramakrishna’s English biography titled ‘The Hindu Saint’ – which played an important role in spreading Ramakrishna’s message to the far West. Gradually, Ramakrishna started having monastic pupils who came from an urban, western educated, middle-class background.

This was the same social background from which the Brahmo’s also found major acceptance. However, while the Brahmo movement could not trickle down to the masses and was limited to upper class westerners – the Ramakrishna movement went beyond the boundaries of the Bengali bhadralok-elite in Calcutta and struck an emotional chord with the poor and downtrodden. This could be attributed to Ramakrishna’s simple way of living and communicating, both of which brought him closer to the lower sections of the society.

While the followers of the above mentioned personalities had frequent debates and attempted to establish the philosophical supremacy of their respective mentors over each other – one has to acknowledge that Keshab C. Sen himself showcased a significant change in religious outlook after his initial meetings with Ramakrishna in the year 1875 – and to that extent, the ultimate victor of such a debate is very clear.

However, in any event, one must not forget that the path chosen by both these individuals were very fundamentally different – Ramakrishna’s thoughts were conceptualised in ritualistic, idol worship – in a sense of syncretism. Sen on the other hand was a proponent of eclecticism and strongly criticised the Hindu orthodoxy for its blind faith in ritualistic superstitions.

To be fair to Keshab C. Sen one must admit that his company also informed Ramakrishna Paramhansa about the need and benefits of having a strong organisation. We find proof to this in the works of Romain Rolland who commented that Ramakrishna’s discussions with Keshab were probably the formers first meeting with a Western educated middle-class man of his country. He realised the need and necessity of establishing an organisation.

To quote the exact words of Rolland: “the ascendancy he (Ramakrishna) exercised over some of the best minds in India revealed the weakness and needs of these intellectuals, their unsatisfied aspirations, the inadequacy of the answers they gained from science, and the necessity for his intervention. The Brahmo Samaj showed him what strength of organisation, what beauty existed in a spiritual group uniting young souls round an elder brother, so that they tendered a basket of love as a joint offering to their beloved, the Mother” [7] (emphasis applied)

Today most individuals having an interest in religious, spiritual and charitable work in India and abroad would have heard the name of the Ramakrishna Mission. It is probably one of the most well established and popular socio-charitable Indian institutions with a global image. I presume that the popularity of the Brahmo Samaj has comparatively faded over time and the knowledge of its existence would usually be limited to scholars and a handful of individuals mainly in and around present-day Bengal.

One is probably tempted to enquire about how the relationship between the Brahmo Samajists and Ramakrishna’s followers played out after the latter’s death. Let me answer that in brief. Ramakrishna’s most favourite disciple and spiritual heir, the great Swami Vivekananda’s views, is said to have strongly clashed with that of Keshab C. Sen. Naturally, an unspoken feeling of brotherhood and mutual respect between the two groups ended in a few years time after Ramakrishna’s death. It is beyond the scope of this essay to explain why exactly Swami Vivekananda disapproved of the Brahmo Samaj. You will have to pardon me for leaving behind an enshrouded mystery……that is a story for another day!

[4] Leo, Schneiderman, “Ramakrishna: personality and social factors in the growth of a religious movement”, Journal for the scientific study of Religion, Spring, 1969. 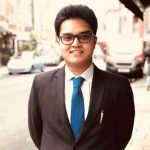