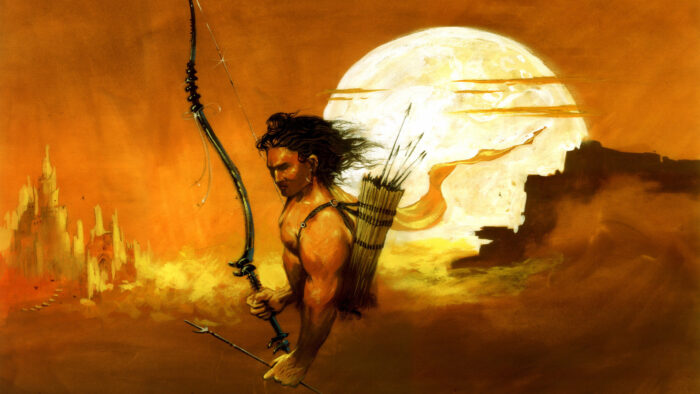 Soundaryam means beauty. What do we mean by beauty? When do we say that something is beautiful? To start with, when an object appeals to our eyes, we say it is beautiful. Beauty is that X-factor that makes us admire, that which makes the object to stand out from its surroundings, that which is esthetically appealing to our vision, that which seems to have perfection, an order or a structure. For example, not many people can appreciate modern art, where deeper thinking may be required to appreciate the message depicted by the artist – which has more appealing to the intellect than the mind. In contrast, a beautiful object appeals immediately to our emotions. Subsequently, we may also admire the creator of that beauty intellectually and appreciate the intelligence behind that creation. Soundaryam or beauty has an immediate mental or emotional appreciation, as our experience shows. Beauty is that which melts our hearts and fills our hearts with noble sentiments. For example, when we see the beautiful flower that is in full blossom with all its fragrance, which is radiating with brilliant colors and textures, our vision gets arrested, at least for a few seconds. In those moments of admiration, we forget the rest of the world, and we even forget ourselves since there is no other thought that arises, other than emotional identity with that beauty. The mind itself becomes silent, with no words to express or verbalize it – other than some meaningless mantras – Oh!, Wah!, or What a beauty!, etc. The intellect may step in later with some critical analysis involving comparisons and contrasts with the things that were seen in the past, with gradations in the scale of beauty, with a desire to own it, or to be proud of it if it is already owned, or to be jealous of the person who owns it. We do not understand what is satyam and jnaanam, but we understand sundaram, beauty, and ananda or joy associated with it; the total fulfillment even for few moments of joy in the vision of the beauty.

Thus, when there is a beauty, the mind is attracted to it. Hence attraction is the expression of soundaryam, that which is beautiful. The perfection or the order that exists in the object manifests as attraction towards it, which in turn invokes love and passion. This may degenerate later into the desire to possess the object. Before the desire arises, there is an emotional identification with the object of love, which is the object of attraction, which is the object of beauty. There is a saying that beauty is in the eyes of the beholder. Thus beauty causes attraction and expresses as a love for the object, and that love involves an identity with oneself bridging the gap between the seer and the seen, at least for those moments. No words can reach to express that beauty, that love, that happiness. Every object of beauty is a creative expression or vibhuuti of the creator, the supreme.

At the sense level of perception, a thing of beauty is seen through the order in the created object, expressing at a mental level as the love that provides the momentary fulfillment, and thus happiness of one’s own ananda swaruupa, of the self itself. Those who are tuned intellectually also can sometimes appreciate the beauty of order in logic, where the beauty expressing as admiration and then love that involves identity. In essence, I love what gives me happiness; and in that love, the duality or separateness of the subject and the object of love ceases. In a sense, soundaryam is different from aiswaryam, where aiswaryam means glory. In contrast to love, aiswaryam, invokes an intellectual admiration, respect, or reverence; and sometimes may degenerate to even jealousy. There is a gulf of distance between the subject and object. To bridge that gulf, the subject may surrender to the object of reverence, only if the attitude of reverence combines with the attitude of gratitude. This is the relation between a disciple and his teacher, or between a devotee and his deity.

The story of Rama, every Hindu knows – from a child to an adult. Yet, one still gets fascinated by hearing that story again and again. It is not history, but it is HIS story. If so, why do we want to hear the story of Rama again and again? The love for Rama is an expression of love for oneself too. It is not Rama’s story – it is our story. Rama means one who revels in everyone, and He is the one in whom everyone revels. The one who revels in everyone is the Lord himself -I am in the heart of everybody says the Lord, heart being the seat of love. In essence, it is the self that is the core of one’s individuality. The story of Rama is the story of righteous over evil, the story of Dharma over adharma, the story of success against all the odds, the story of the self, which we cherish, which we ourselves would want to be. Rama was the beauty incarnated. Bhagavan Tulasidasji describing the beauty of Rama, says his eyes are like the lotus flower, his face is like the lotus flower, and in fact his every organ was like the lotus flower, so delicate, so full with fragrance. Why is the analogy with lotus, we may ask? Lotus is that which grows out of muddy waters (pankaja, born out of mud). Yet, in spite of it, it stands out with all its beauty and fragrance untouched by the surroundings and even glorifying them. Rama’s beauty was so captivating that even the Rakshasas like Khara and Dushana said that they have no heart to fight with him. The name is so captivating and glorifying that even the chanting of it in reverse as mara, mara,.., converted a butcher into a sage (Valmeeki). While the presence of Rama had blessed the people of Ayodhya as well as many sages and saints at that time, but the name has is become even more powerful since it has been blessing millions since then. Such is the beauty of Rama, in name and form.

Many have written on Ramayana. One famous poet says- it is not famous poets who wrote on Ramayana, but the ones who wrote on Ramayana became famous poets – that is the glory of Ramayana. The sage Valmeeki, when he first saw a hunter killing one of the two birds that are in love, he could not contain the sorrow or shoka. Words came out of his sorrow and became the first sloka. The shoka (sorrow) is transformed into sloka (poem), even to the surprise of the great Rishi, and made him ultimately into a poet, in fact, as the first poet. As he was pondering on the sloka, getting concerned about why he cursed the hunter in the form of the sloka, Brahmaji appeared and blessed the sage, saying that Goddes Saraswati herself expressed in the form of Sloka. He advised him that he should compose the story of Rama that he heard recently from the sage Narada.

Rama means the one who loves all and also the one whom everyone loves. That is the very self within. Pujya Gurudev described a Vedantic significance for the story. He is born in Ayodhya, meaning where there are no internal conflicts, to Dasharatha, meaning the one in whom all ten sense organs (five sense organs and five organs of action) are fully under control. He has to leave Ayodhya when conflict arose, to dwell in forests where meditative sages are there contemplating on the self with a pure heart. The whole of Ayodhya was trying to follow Rama. In the forest of the world, the mind (Sita) gets carried away or gets side-tracked with the fascinations of the glittering world that lures in the form of a golden dear, gets lost and gets captured by the sense indulgence even deceptively in the form of Dahshamukha, the ten-headed monster (five sense organs and five organs of action), whose whole life is all the time centered in stomaching all those enjoyments, by hook or crook. When the mind later repents and longs for Rama, the self within, He has to come as a teacher and destroy the ego with Brahmaastra or aham brahmaasmi, aiming at the stomach, which is the center of indulgence. Sita, the mind, after the complete purification by fire of spiritual sadhana, joins back with Rama, the self within. Thus Ramayana has inspired many authors where the purpose of life is being pointed – it is not just a story that fascinates children, but a message of the very purpose of one’s life, the story of dharma, the story of the longing mind which is in search of one’s own love, the happiness that one is, and uniting with that source of happiness. It is the story of duty bounded by love, the story of the message to whole humanity for its evolution.

(This article is from Self and the Supreme by Dr. K Sadananda, published by Indic Academy) 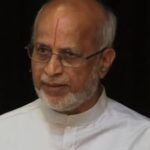 Dr. K. Sadananda is a Material Scientist by profession, and worked at the United States Naval Research Laboratory as Head of Deformation and Fracture, publishedRead more