Puja and Bhakti – An Exploration 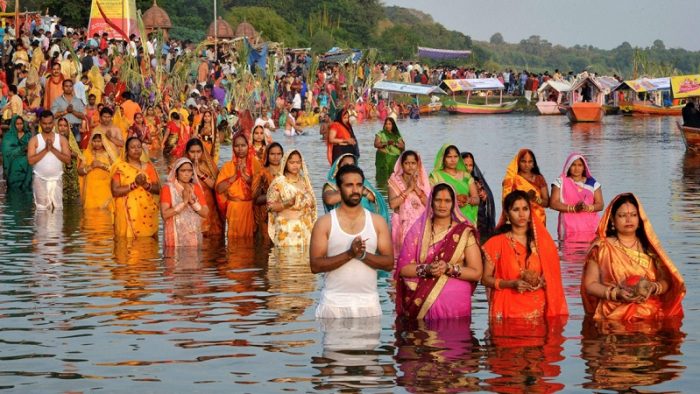 We are all aware about Yogacharya T.Krishnamacharya being a pioneer in using yoga (specifically asana and pranayama) for therapy and well-being. But little did we know that he was a great scholar of our sacred knowledge and traditions. One of his long-standing students Raghu Ananthanarayanan has put together an interesting note about what is meant by pUjA and why do so many people do it? He has used the device of an innocent conversation between a young, curious child, Chiku who is Gayatri Iyer, and an elderly teacher Rita, just like the dialogues that used to take place between student and teachers at ashrams. In my discussions with Raghu who is Rita in the writings, I learnt how symbols and rituals of our Hindu culture have been misinterpreted for long and once you know the real meaning, you can only marvel at the profundity of the entire meaning and how it is part of the larger divine order.

Chiku: I have been seeing my mother pray and do puja or rituals in the mornings and during festivals. So, should I pray? what is pUjA?

Rita: Ah! ChiKu, to understand that, we must understand our relationship to Gods and rituals. Unlike later religions, Hinduism did not start with a Prophet, or even a single teacher. The Vedas for example is a compilation of the best knowledge available at that time (remember we are talking about 3000 BCE or thereabout). It has many different aspects that cover ritualistic worship, details of how to construct a sacred altar, how to make the utensils used for the worship, how to transmit learning and so on. These are stated as the understanding of various Rishi’s who are named. So, there is geometry, metallurgy, astronomy, astrology, linguistics and mathematics, branches of learning that we separate today according to the western ideas of categorization.

Chiku: So was there any classification at all?

Rita: Yes, there was ChiKu, but it was based on application. For example, Ayurveda is one of the upavedas. Here the focus is only on health and illness, but the processes of identifying herbs and cultivating them is part of the knowledge. In vAstu shAstra there is knowledge regarding the design and construction of many types of buildings, as well as details about the construction of vehicles, war implements and so on. It is a text for an engineer and it has chapters on how to identify good wood (to quote one example) and how to nurture these trees.

Chiku:I get it, the classification is based on what is required for application. So, if I want to learn gardening, I will first till the ground, seed the ground etc. But, I will also learn about how to select the right land to till, the right seeds to plant. I will learn about seasons and so on.

Rita: Yes, and not all together but as you mature and start to wonder about these things and ask questions.

Chiku: And if I don’t ask questions?

Rita: You will not be told!

Chiku: That’s not fair, then how will I learn?

Rita: Have you ever retained what you were not curious about? And then once you learnt, if you did not play with the knowledge by applying it?

Chiku: Yes, I get it. How is this connected to pUjA?

Rita: There are different ways to approach the divine, just as different minds approach learning. In a learning context the question you go with is like the size of the vessel you take to the river. Do you agree that we have many people who are full of fear or suffering?

Chiku: Yes, there are many.

Rita: These people go to seek something for themselves, this is a prayer, a form of asking. The beauty in this lies in the ability of the one who asks to fully accept one’s own vulnerability and be open to grace.

Chiku: Though, not all of them do this, they just pray out of fear, they bargain with God!

Rita: Yes, they do. They act from what we think is blind faith, but who knows, some of them might be asking in a beautiful way.

Chiku: So what’s the next type?

Rita: These are people who are very conspicuous and ostentatious.

Chiku: How can this be an honest way of relating with the divine?

Rita: It is probably not, it is probably a way of seeking status in society through a display of wealth. These are probably the ones who are used to a transactional way of dealing with the world and are bargaining with God.

Rita: Now we move to a mind that approaches the divine with curiosity, and an urge to understand. For these people, the shloka-s they recite, the rituals they undergo are all ways of disciplining the mind and body and engaging in serious study. They are not asking anything for themselves, these people start to understand pUjA, a way of looking at the great mystery of life and existence.

Chiku: How does one do that with the shloka?

Rita: viShNusahasranAma for example is a recitation of a thousand names of vishNu. If one looks at each name, it points to a wondrous aspect of manifestation.

Chiku: So why is that important?

Rita: The object you meditate upon, the enquiry that you focus upon shapes the mind. So, if for example I try to penetrate the idea of viShNu sleeping on the mighty ananta, my mind must try and comprehend the timeless nature of ananta. My mind must go beyond fantasy, imagination and move into at least a momentary expansion to get a real sense of the what ananta is. Then I might try and comprehend the meaning of a being that lies on it, in total repose.

Chiku: Wow! As you describe this, I remember some of the sculptures that represent this image, I can start to sense the immenseness of viShNu.

Rita: now if you can go further. ananta is a thousand hooded snake, it is immensely powerful and is very vigilant. Have you ever held a snake in your hands?

Chiku: Oh, no! even the thought is scary!

Rita: I have. Snakes are very sensitive and if you hold it with complete relaxation and no fear, it will just glide on you quietly. Now imagine that you are lying on a snake thousand times as powerful and sensitive. If you have the slightest fear, it will react. Now can you go back and visualize the depth of shAntam that viShNu represents. Some Upanishads speak about fear as a basic component of creation. So the upanishadic idea of a being beyond all shadow of fear, a being that is the creator of the mightiest energies of the universe is conveyed in a poetic and artistic way.

Rita: Now, can you move from the visual, the imagination that has captured a glimpse of this enormity to a deeper immersion in the feeling?

Chiku: (Closes his eyes, and after a while opens it) I think I am starting to understand the power of this process.

Rita: The beauty of the sculpture is like the word, it attracts you through its use of geometrical proportions while its beauty invites you to take an inward journey. Take a trip to Tiruvanathapuram some time and feast your eyes on the beauty of the sculpture of ananthasayanam. It will transport you further than where you went just now. But, prepare yourself by doing this bhAvanA, (which is what visualization and immersion in the inner state created by the visualization is called) for about 49 days before you go there.

Chiku: Yes I will. And the next time I go to a temple I will be more attentive the sculptures and I will be sensitive to the effect they create in me if I take them in.

Chiku: (After a while) And is there anything more?

Rita: That’s wonderful, I was going to stop here. You are a rare mind ChiKu. Yes, there is. These are minds that not only wish to know, but to be able to reside in the divine space. For them pUjA is a way of preparing the self and the mind. The various rituals are a way of creating an inner space, the shloka-s are like words of wonderment and beauty with which to invite the Divine energy. The final step is to be lost in the process of dhyAna. Through dhyAna the mind gets absorbed in the Divine. Like an honored guest, this Divine energy enters the worshiper, impacts him/her. After savoring this deep evocation of shAntam and respect, the worshiper thanks the Divine energy and the energy is free to return to its own space.

Chiku: If the Divine is everywhere, how can it come and go?

Rita: That’s just a way of speaking. The reality is that one’s mind stays in this very receptive and silent state for a while, and then returns to a more mundane state.

Both are silent for a while

Chiku: Rita, can one develop bhakti and therefore wish to do pUjA?

Rita: I don’t know ChiKu, there are some ideas in the tradition that I can share with you. Firstly, there is the idea of Avesham; a spontaneous surge of feeling for the Divine. This is seen as a gift from the Divine. May be one needs some openness to the idea of the Divine and at some point, this upsurge happens.

Chiku: If it is a gift, it could happen to anyone!

Rita: Yes, there are stories about people who have been blessed. Kalidasa the great poet was supposed to have been dumb till a gift from Goddess Saraswati made him into a poet. I guess he was very innocent, simple and very open. So the Divine energy was not hindered in any way, saw a beautiful mind and just decided to offer itself and grace the mind!

Chiku: What is the other way?

Rita: The other way is abhyAsa yogam, a dedicated practice where one observes one’s practice, reviews it and renews it.

Chiku: How important is the object you worship?

Rita: Very little, what is important is the constancy and focus on one idea. Fundamentally the enquiry is into the nature and structure of the self. One start with an attentive focus on any beautiful object, say a beautiful tree. Then as one stays with the awareness, one becomes able to sense the vibrancy of life in the tree, and along with it one will become sensitive ones prANic movements within as sensations in the body, quietness of the breath, subtle dreamlike mental images. If you stay with this process until the self vanishes and the Divine Self shines through. One of the names of the Divine is Vana Devi- the Goddess of trees and forests.

Chiku: Why is that?

Rita: As I said earlier, each name of the Divine reveals one extraordinary aspect. The engagement with this awakens one’s mind in accordance with that aspect. If you keep jumping from one to another, the evocations are different. After the initial trigger, the external objects or words are given away. A mind leaning on external props is developing a dependency on an ephemeral reality, pUjA is practiced for inner transformation and it requires a mind that is aware, subtle, quiet and extraordinarily receptive.