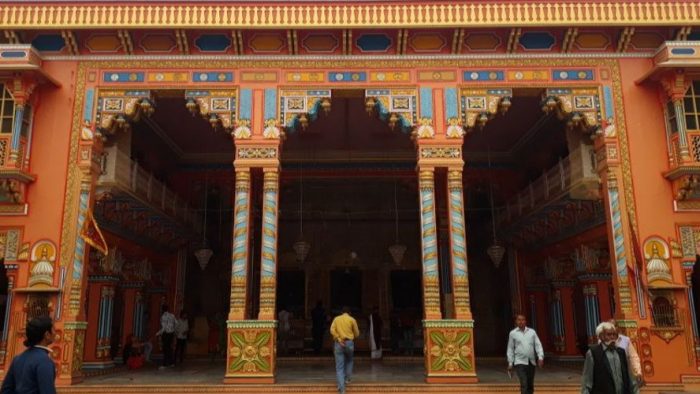 A few years from now when someone visits Ayodhya for the first time, it might probably be difficult for the person to imagine what the struggle for Bhagwan Ram’s Janmasthan was all about. Ram Lala, the diety at Janmasthan, has already been shifted from a thirty year old wretched shack to a temporary fibre structure. A bhavya Ram Mandir, desire of millions of Hindus across the globe, awaits its completion to receive the grace of its long waiting guest.

All of us who had visited Ayodhya before 24th of March will have a story to tell. A story to be told to our next generations and also to those who had never visited Ayodhya until now. I had the occasion to visit Ayodhya twice in the last three years. There is a strong Hindu belief that you visit a diety only when you are called. Alternately when He or She calls you, no matter what, you will be there. Both these visits were with my youngest brother Bharat, a quintessential Ram Bhakt who can recite random chaupais, quatrains, from Ramcharitmanas for all occassions. Both the times, the visits were unplanned. We were driving through Eastern Uttar Pradesh for our business trips and had no plans to halt at Ayodhya. But Ram Lala had plans and we ordinary mortals had to oblige him.

Our first visit was in February 2017. Ignoring better avenues at Faizabad, we took up Birla Dharamshala in Ayodhya as our nightly abode. A customer of ours from Faizabad began explaining the drill for the next day’s pilgrimage. We were a bit surprised when he asked that “Would you also like to visit Janmasthan?” We thought a visit to Ayodhya would primarily involve a visit to Janmasthan but apparently most of the locals and also many pilgrims did not visit Janmasthan. We would know the reason for it next day. Eager to have early darshan, along with our local contact, the following morning we proceeded to Hanumangarhi first. Walking down the lanes I couldn’t help being transported in my memories from past. I was in my late teens when the first Kar Seva in 1990 had taken its bloody toll. A couple of us from my neighbourhood who wanted to proceed to Ayodhya for the fateful day couldn’t make it. We used to participate in local processions and RSS, VHP meetings at nights but a sudden curfew and dissuasion by local elders sealed it for us. The names Hanumangarhi, Kanak Bhawan and Dashrath Mahal which we were now walking through reminded me of the bloody massacre of unarmed Ram Bhakts. Every lane and every building in Ayodhya had been etched in the national memory as reports in newspapers detailed how wave after wave of unarmed Kar sevaks attempting to breach cordons from different sides were massacred by “Mulayam Singh’s Police” on the streets of Ayodhya.

The hustle bustle at Hanumangarhi was markedly less than I would expect for a temple of central importance in one of Hinduism’s holiest pilgrimages. On the steps of Hanumangarhi we saw an amazing sight. A poor old hunchbacked woman would climb two three steps and then rest. The pain and labour she was taking to meet her lord royally defied the liberal secular derisive chatter “but the poor do not need temples.”

After finishing our darshan at Hanumangarhi we proceeded towards Janmasthan. Though we had been told about the discomfort, we were still not prepared for the hassle fully. There were hardly any pilgrims at the venue. Phones were deposited at the outset. After not so polite frisking and a slew of instructions which were more in the nature of warnings we were ushered in. Fully covered grilled walkway ensured no one ventured out anywhere in the premises. There were no religious chants, no gaiety or festivity of a pilgrimage. Instead there was plenty of intimidation in the air. It was clear why the pilgrims did not want to visit the Janmasthan.

Walking amidst an eerie silence we encountered one more round of frisking and then again one more. The affair was beginning to look like a visit to a jail inmate. As we were bracing for another round of frisking we were suddenly stopped. Towards our left were two security personnel and a priest. Pointing towards our right, the priest said “Darshan kar lijiye”, have your darshan. The enthusiasm and exuberance of our whole visit had turned into a shock. Ram Lala, the king of Ayodhya and lord of millions of hearts sat in tatters. A wooden scaffolding with a tarpaulin top was all that the structure was made of. His pitiable condition symbolised the collective humiliation of Hindus, first by Muslim invaders and then by heartless secular dispensations. I could not hold my tears. It was perhaps a common sight for the lady constable on duty who said “Jaaiya boliye sarkaron se ki mandir jaldi banwayein”, please go and tell governments (centre and state) to build the temple soon. Janmasthan aptly summarised the plight of Hindus after seven decades of Independence. Hindus in a secular state running from pillar to post for  their fundamental rights while various institutions ranging from politics to judiciary trying to cage them.

Later as we walked around the town a thousand emotions were rushing through my mind. I was imagining the glory of Ayodhya in its heydays. Ram and his kid brothers playing in the streets. The temple building by Guptas and Gahadavalas, the repeated attacks and destruction by Muslim invaders from twelfth century onwards but most important of all the continued and heroic Hindu struggle to reclaim Ayodhya. This is the first Ram Navami when Ayodhya has been comprehensively regained from the collective might of Islamists and their Left secular friends. The lady constable, wherever she is posted, would be a happy woman today and so is every practicing Hindu. 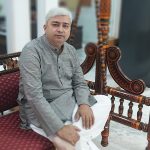