The Defector and The Loyalist 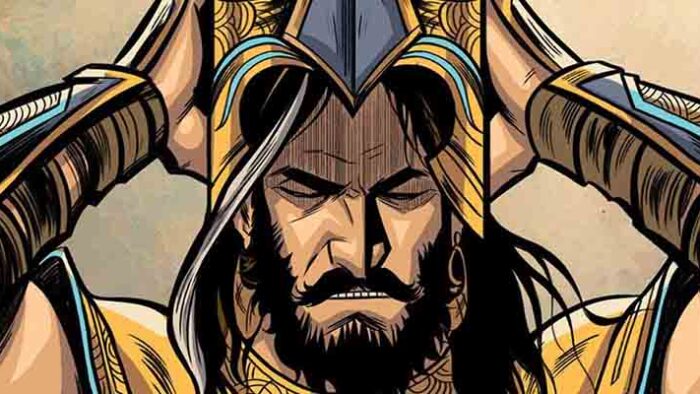 It had been a long and tiring day and Yuyutsu could not wait to get into his bed. He had been busy throughout the day. Earlier in the morning, Emperor Yudhishthira had formally relinquished the throne of Hastinapura and crowned Abhimanyu’s son Parikshit as the new Emperor.

In the evening, Yudhishthira along with his wife and four brothers had left on his final journey as the entire kingdom assembled to bid them a tearful farewell. It had been a physically and mentally exhausting day.

Yuyutsu sighed, as he lay in his bed, sad at the departure of the noble Pandavas. He looked forward to the challenges of managing the great empire without them. Praying to the Lord to give him strength, he closed his eyes.

He expected that he would fall asleep immediately since he was extremely tired, but sleep evaded him. He kept tossing and turning in his bed, but could not fall asleep. He looked at his wife with envy, who had immediately fallen asleep.

As he lay in his bed, he looked out of the window hoping that staring through the window would tire his eyes causing him to fall asleep. Suddenly he noticed a swift movement. This alerted Yuyutsu who got up from his bed. He pulled out his sword that was placed near the bed. He had noticed a shadow move from the window.

He charged towards the window, furious and outraged that someone had dared to enter his chambers. He then saw who it was. His fingers trembled and the sword slid out of his hand and fell soundlessly on the carpeted floor.

His eyes were wide open, as was his mouth. He looked on in shock at the shadowy figure in front of him.

“Vikarna!” he said. “You…you, how did you come here? You died thirty-six years ago. I cradled your body in my arms and wept. As I wept, the one who consoled me was your killer, Bheema! How did you come back?”

“How are you Yuyutsu?” said the shadowy figure. “Yes, I am back. I came here for you. I came to congratulate you for now you are the new regent of the Kuru kingdom. You now have the position that Pitamaha Bheeshma once held. Congratulations!”

“The defector got his reward, well done!”

“It’s the truth brother. The defection was rewarded with the highest prize. You left your family and defected to the Pandava side at the right moment. You let down your family when they needed you the most and now you are enjoying the fruits of your action. I stayed loyal to my family until the very end. I knew I was on the losing side. I knew that the Pandavas would win. It would not have been difficult for me to change sides. I could have done it anytime but I did not and as a result, I now glide as a shadow without a body, without a life, and without a purpose.”

“I feel sorry for you, brother. I really appreciate that you did not defect, but was your action right?”

“I never stood with evil; you know that very well, don’t you? I was the only one who dared to oppose Duryodhana when he ordered the vile act of disrobing Draupadi. I knew my words would anger him, yet I spoke out. I always stood for dharma. I am proud that I did not tolerate adharma and did not keep quiet. I was a loyalist of the Kuru race but did not give up my dharma. My reward for being a loyalist was death. Fate is cruel.”

“Fate was cruel to you, I agree. You faced death bravely. I am proud to have been your brother. Do you know I could never look at father again after I changed sides? Yes, I defected and I am proud of that. Do you know why? It was because I followed my dharma.”

“Your dharma was betraying your family?” asked the ghostly form in front of him.

“No! My dharma is standing on the side of righteousness.”

“Dharma is not what you say it is.”

“Then what is dharma, brother?” asked Yuyutsu. “Is it defending evil? Is it watching while a sixteen-year-old Abhimanyu was murdered in cold blood by breaking the rules of the war?  What constitutes dharma – supporting evil or standing against evil?”

“I stood against evil,” screamed the ghostly figure.

“You did not! You stood on the side of evil. You fought shoulder to shoulder with the people who stripped a woman of her dignity in front of the Kuru elders. You fought alongside the man who tried to murder his own cousins. I saved Bheema from being poisoned to death, Vikarna. You fought the very same Bheema and died. You died because you stood with adharma,  and fought for the wrong side. How could you not understand that dharma was fighting with the side that had Vaasudeva Krishna with them?”

“How dare you question my dharma? Who gives you the right to decide what dharma is and what it isn’t?”

Yuyutsu smiled, “The results speak for themselves. You spoke out against the vile acts of Duryodhana yet you remained with him until the very end. The result was that your orphaned body lay on the battlefield feasted on by vultures and crows until I came and drove them away. Karna died an unheroic death. His headless body was on the ground along with so many other soldiers. All his good deeds, his achievements, the weapons he had earned, it was all worth nothing. He was just a dead warrior, like many other soldiers. Why do you think it happened?”

The ghostly figure in front of him seemed to flicker as the wind caused the curtains to flutter. The ghost of Vikarna was silent.

“Dharma is doing good, not just for yourself but also for others. Karna’s dharma was towards his friend due to his loyalty, not for the sake of good. Had he discharged his dharma correctly, he would have made his friend surrender and saved the lives of thousands of soldiers. He did not do it. He remained disillusioned that his dharma was correct. You had the same arrogance, dear brother. You believed you were personally good but chose to stand by the side of evil. That was the mistake you made.”

“What could I have done?” said a voice that seemed to come from far away.

“You could have done what I did. Shun the company of adharma and choose the side of dharma! Ultimately, dharma wins. Your dharma made you associate with evil people and that is why your dharma could not protect you. My dharma made me stand with truth. I stood for my principles and I stood on the side of righteousness. This is why I am today the regent of the Bharatavarsha Empire. I do not regret my decision. I don’t know what posterity will call me and I am not too much worried about it.”

“You will be called a defector,” said the voice now becoming faint, as the shadowy figure seemed to be fading.

“If Vibheeshana was a defector, so am I. Didn’t Vibheeshana leave his brother and join hands with Ramachandra? Had Vibheeshana not changed sides, it would not have been so easy for Rama to kill Lankesh. Vibheeshana ruled over Lanka for a long time. He will be known as the man who stood for dharma. I am confident that I will also be remembered in the same way.”

The shadowy form of Vikarna seemed to have gone away. Only a chilly breeze remained.

“May your soul find peace, Vikarna. Your selection of dharma may have been wrong but you will be remembered for standing with your family. You were a loyalist and I was a defector. If that is how we are remembered in the future, so be it! I am at peace with myself because I followed my dharma and I pray that you find peace.”

The curtains stopped fluttering, and the night became quiet. Yuyutsu sighed and closed his eyes. When he opened his eyes, he saw the rays of the sun from his bed. Was it all a dream or had Vikarna’s soul really come to meet him?

Yuyutsu closed his eyes and bowed before the giver of the light. He prayed that his beloved brother would find everlasting peace. He prayed for the day when he would be reunited with Vikarna in the other world. He prayed to the Lord to not let him deter from the path of dharma ever. Getting up from his bed, Yuyutsu was all set to assume his onerous responsibility of helping run the greatest Empire of Bharatavarsha. 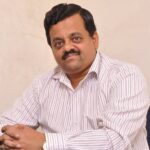