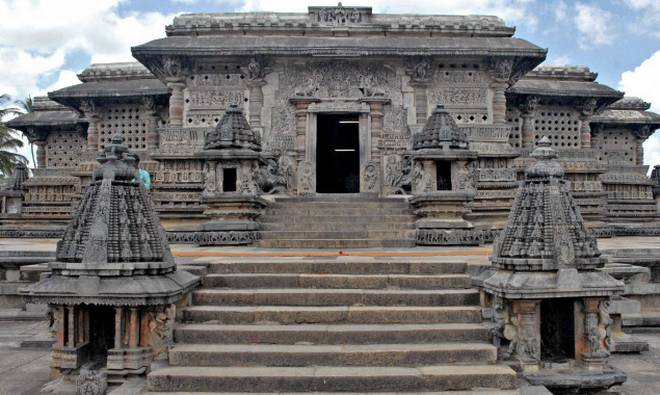 Since it was an amalgamation, it was named Vesara or Vyamishra which literally means hybrid.

The Hoysalas of Dvarasamudra promoted this style with zeal in the present-day Karnataka heartland mainly. The Vesara style temples in the Deccan region were built mostly between 1100 to 1300 CE.

Since the Vesara is a hybrid style, there are no fixed rules followed in the designs of plan and superstructure. There is a huge variation across the region in terms of design and architecture. Some Vesara temples have square plans while some have stellate plans.

As it is said in the Dravida Shilpa text Ishanashivgurudevpaddhati that, ‘by looking at the superstructures one can understand the style of the temple’, the superstructure of Vesara is very prominent in its appearance, shape, and crafting.

The Vesara is mostly Dravida up to the walls and takes on Nagara features in the superstructure which is one of the most special features of Indian Temple Architecture. Sometimes, it takes on hints of Nagara and Dravida altogether mixed up in the wall structure and superstructure.

For instance, the Chenna-Keshava temple at Somnathpura, a triplet shrine dedicated to Vishnu, built-in 1258 CE has its plan executed in the star-shape (stellate) in all the three shrines.

The walls are like that of the Nagara temple which is formed by pillars ornated with various sculptures. Since the walls are in stellate arrangement, the superstructure too runs in the star-shape pinnacle or shikhara. 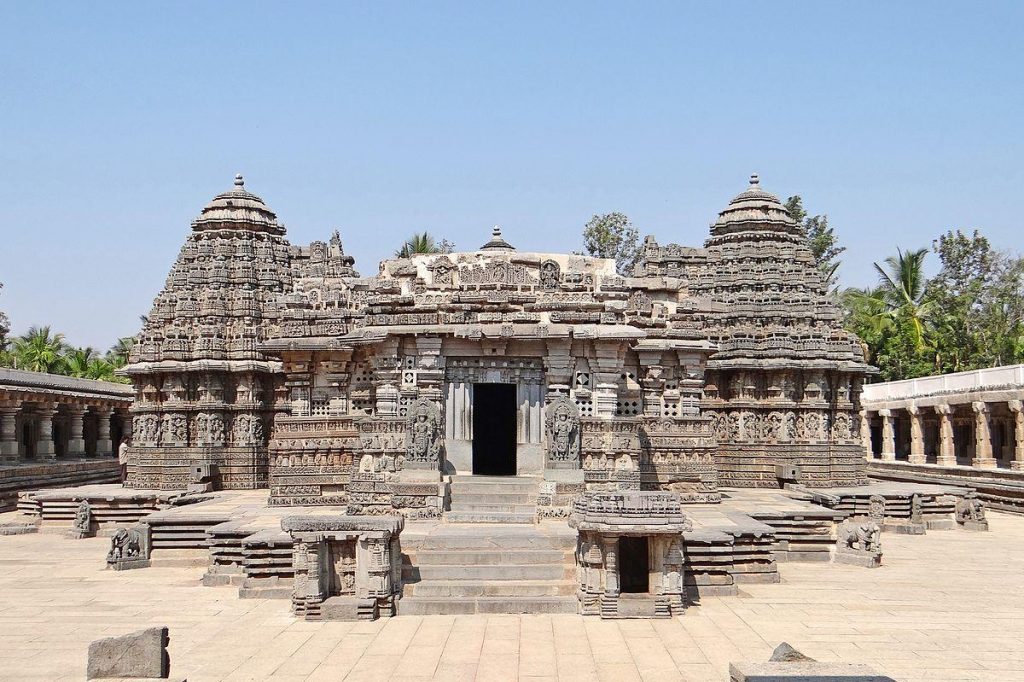 There are also some instances where the plan of the temple is square in shape, the walls are plain but with pillars that are oranted same as the Dravida style. The Bhoga-Narasimha temple at Shantigrama, built somewhere around 1100 CE by Queen Shantala Devi, has pillar couplets on its walls like that of a Dravida temple. The walls are plain and the temple is square in its plan.

It has a Vesara superstructure with a flat Amalaka and a Kalasha at its top. The Vesara style was so extensively practiced by the Hoysalas that commonly it is identified as the Hoysala style.

Sometimes small-scale sculptures of deities are carved in the Vesara superstructures. For instance, the Bhimeshvara temple at Nilagunda, built somewhere around 1100 CE, has a beautiful superstructure with deities such as Vishnu, Shiva, Bhairava carved on it, at intervals.

The temple has four Sancta and the plan runs square. The walls of the temple are plain with pillar-couplets like that of Dravida and in addition to that, there are aedicules (miniature shrines) carved in the walls like that of Nagara temples.

The Vesara temples were sometimes raised on a high platform and those platforms were used as circumambulatory passages. The platform for the temple is called Jagati or Adhishthana. The Chenna-Keshava temple at Somnathpura is raised on a three feet high platform.

The platform runs along with the temple plan and is much wider to serve as an ambulation passage. There are elephants fixed at intervals in the platform. Commissioned by the Narasimha Hoysala in 1258 CE and built by his knight Somnatha, the temple is dedicated to Keshava, Venugopala, and Janardana, the three forms of Vishnu. 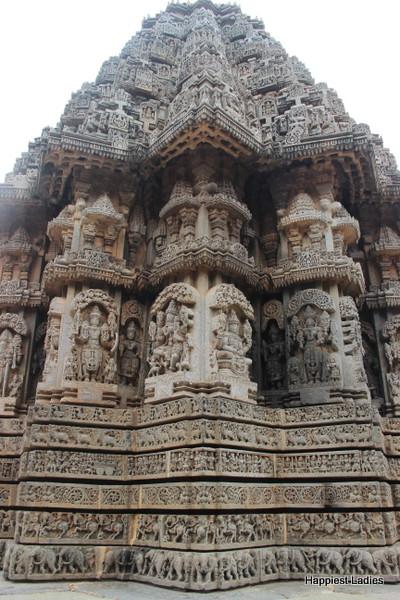 The bands (tala) in the lower section are as follows: from bottom to top – Gaja band, Ashwa band, Pushpa band, mythological band that consists of scenes from Ramayana, Mahabharata and Bhagvata Purana etc., Makara band and Hamsa band.

The upper section consists of beautiful and highly ornate and intricately carved sculptures of various deities such as Vishnu and his incarnations, Ganesha, Sarasvati etc.

Thus we can say that the Vesara style of architecture proves to be a unique specimen, added into mainstream architecture, and a peculiarity of Deccan in general and Karnataka in particular. The Vesara style has been a special area of studies in Indian temple architecture for many decades for many scholars who have tried their best to fit this either into Nagara or Dravida but haven’t succeeded yet.

The Vesara style extensively used by Hoysala made it so significant with both its craftsmanship and geometrical skills, that no other style in India has been able to replicate this, and hence proving as difficult to be decoded.

The Vesara style is a gem in the area of Indian Temple architecture of which we Indians should be proud of as it is a remarkable Indian achievement in the field of art, architecture, mathematics, religion, philosophy, and engineering. 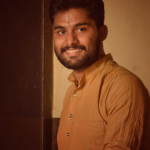