Hygiene In Ancient India As Described In Ganeśa Purāṇa 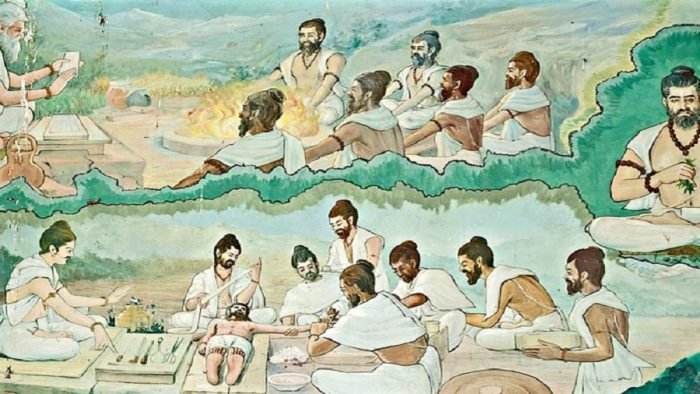 Hygiene is a very important part of life as it keeps each one of us healthy physically and mentally. Some people have a tendency to believe that modern man knows best and that our ancestors were unaware of hygiene practices.

While I was reading Ganeśa purāṇa, one of the upapurāṇas* I was gratified to see a set of verses where King Somakānta instructs his son on the manner of conducting oneself, including hygiene practices that one should follow.

The story goes thus: there was a great king Somakānta, who ruled the kingdom of Saurāṣṭra. He was a scholar of both Veda and Śāstra. He had all the great qualities, which a king must-have. He was always surrounded by eminent scholars as his ministers. He was married to a beautiful and intelligent queen named Sudharmā.

They had a disciplined son named Hemakaṇṭha. He and his subjects led a very prosperous and peaceful life.

He was severely affected by leprosy. He became very weak and was unable to dispense his duties. After consultation with his ministers and other learned paṇdits, he decided to embark on the path of Vānaprastha with his beloved wife Sudharmā.

Before leaving, Somakānta crowned his son as king of Saurāṣṭra. After the coronation ceremony and before departing for the wilderness, he advised his son, the new king, on how best to conduct himself.

While instructing him, he also taught him about hygiene practices to be followed. Here are the relevant verses. They are concerned with cleanliness during and after excretion.

After getting up early in the morning and having prayed to all the deities, one should hold a vessel full of water and move towards the south-western direction.

While going, the brāhmaṇa must take white soil, kṣatriya must take red soil, vaiśya and śūdra must take black soil with them (the reason behind this is not known).

The soil must not be taken from the bank of the river, fertile land, an ant-hill, or from the house of brāhmaṇa. (Verse 1-2).

Having excreted, one should cover the land [where one has excreted] with grass, etc. One should perform this act having faced towards North during the day and facing West at night. (Verse-3).

After the process of excretion, the first one should clean the anus with grass or a piece of wood. After that, he must clean it with soil and water five times. (Verse-4).

Having excreted, one should wash the left hand ten times, both hands seven times, the penis once, and again the left palm three times. (Verse-5).

After passing urine – it is said that a married man should wash both palms twice and both legs once. For one, who is performing religious vows, the washing process is twice of this. One who follows the vānaprastha must perform the process three times over. An ascetic must perform four times. For the one observing the vow of silence half, of the above process. (Verse 6-7).

Strī and śūdra must wash the (back) half part of the leg, either it is day or night. (Verse 8).

Clearly, our ancestors were very concerned about hygiene. The process outlined is meticulous. They used to wash the hands and legs regularly to keep themselves safe from bacteria and infections caused.

In ancient times, the south-western part of the region was meant for such actions. Such places were away from habitation, so the inhabitants of villages and towns were not affected.

The procedures may not be applicable at all times, but the underlying principle of hygiene certainly is.

As an alternative to soap, they used good quality soil. Today, we use hand sanitizers. Previously, ashes (rākh) were used, when soap was not available. We have a lot to learn from our ancient texts.

With inputs from Rohini Bakshi, who runs Sanskrit Appreciation Hour on Twitter. 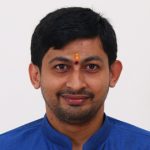 The author is an Assistant Professor of Vyakarana at the Chinmaya Vishwavidyapeeth. He earned his Ph.D. from the Rashtriya Samskrit Sansthan, Sringeri under the guidanceRead more