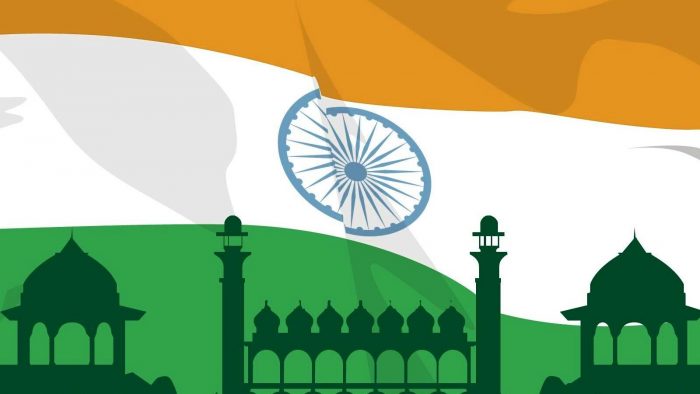 This 15th August of 2020 is a landmark date. On 15th August 1947, we were told that a new nation was born molded with the iron hand of British and benign plural intellect of Shri Jawaharlal Nehru. Marxist fellow travelers coined a terminology to help Nehru evolve a new nation. They called it ‘Idea of India’. By this elite group’s reckoning, there was no Bharat before this, “Discovery of India” notwithstanding.

For 73 years, there was a struggle, a battle of ideas – one that said India was born on 15th August 1947 and the other by so-called obscurantists and communal leaders and intellectuals who ‘claimed’ that Bharat existed from at least 5000 years back. (With new scientific studies, this may soon be found to be at least 20000 years old.) The latter arguments were brushed aside as coming from unwashed subaltern Hindus who had no scientific temper or spirit of discovery. Because they depended on Bharatiya texts and scriptures while the new nation theorists depended on the records of exalted British.

Despite all the resources and instruments of power of academics and media the narrative of ‘a newborn nation’ did not cut ice with the ‘unwashed, orthodox’ millions. The collective memory of people of Bharat, the oral histories of various regions lived on. Puranas which were read as a work of fiction with a lot of myths were actually Itihasa (translated – as it happened, not history – ‘his’ story).

All this collectively presented a rich collection that needed an energetic scientific study to unearth true history from the miasma of Puranic narrative. It seems that it was too much of an effort for the rising historians under Nehru and later Indira Gandhi, who dumped deeply researched narratives of historians before they captured various institutions.

To write about the antique history of India required learning Sanskrit, digging into scriptures lying scattered all over India, and doing field studies in archaeology. It was much easier to pick up West narrative beginning with British, using translation of Indian scriptures and books by Western scholars of whom most could never understand the spirit and depth of those words.

Thus, there was a wide chasm between India that intellectual elite presented and understanding of the common average Indian. in his collective memory. The fear of censure and actual apartheid against those intellectuals who presented ‘counterpoint’ that was, truly, the mainstream thought by the powerful Left saw a disjointed India. The spirit of India was missing.

Things had to change. Slowly, the common masses and intellectuals began asserting themselves. Native genius had to rise out of the ashes of massive destruction of great knowledge systems. The renaissance of this nation that began from the time of Swami Vivekananda and Lokmanya Tilak, consolidated by the innovative organization created by Dr. Hedgewar, reached a breakthrough stage in 2014 and kept on consolidating.

What we saw on 5th August was the fructification of these sustained struggles to recreate a Bharatiya or Indic narrative. The year beginning in 2019 saw nullification of Article 370 and Article 35A was an assertion of the Indian Will to own up the ancient heritage of Kashmir that was sought to be usurped by perpetrators of the two-nation theory. It also sought to provide justice to lakhs of orphans of Partition, restored dignity to SC/ST, women, Gorkhas, and citizens stuck between PoJK and India.

The banning of Triple Talaq showed that the Indian state will not bow down to stone-age orthodoxy and stand by commitment to gender justice. Its support for removing criminality against the LGBT community from Article 377 showed the truly liberal face of Indian civilization. CAA honored the commitment of Indian leadership to provide asylums to the persecuted minorities of neighboring Islamic countries that were carved out of India and Afghanistan.

This was in line with Bharatiya liberal support to the persecuted communities who came to India for thousands of years to seek asylum – Syrian Christians, Jews, Parsis, and Tibetans. Bharat was slowly asserting itself against the artificial construct of the ‘Idea of India’.

Ram Mandir’s judgment after a torturous history of 492 years of which 130 years were spent in courts was a landmark event. For the first time since 1947, Indians asserted their right over their faith system, their history. This battle fought within the constitutional boundaries made it all the more significant. It was restoration of our pride in our civilization and not against anybody.

Babur, in whose name the ‘protect Secularism’ game was on, had himself escaped to die in his homeland, he had no love for Hindustan as he clearly put in his diary. Hardly any Indian can identify with him. One more huge positive signal of Indian renaissance is the release of the New Education Policy. It is important because it has come after 34 years, showing the intellectual lethargy that has afflicted a nation at a time when the entire world is changing at a rapid pace.

It has come on the back of key changes outlined above. It will open up the gates for native intelligence with the stress of education in the mother tongue, educating young minds about our traditional knowledge systems, easier ways to learn the most scientific language Sanskrit and a flexible education system that will encourage youth to learn more, experiment and exit formal education with a credit system that will allow them to exit and enter education as per their need.

There is a lot that will have changed when the PM of Bharat unfurls our beloved tricolor on this 15th August. This is the reason, it is a significant day. 15th August 1947 was the day of political freedom, 15th August 2020 is the day of intellectual freedom. This is the beginning of a new era in Bharat i.e. India… So, how do we and Bharat reach our true potential?

It will need a lot of patience and hard work. 70 years of academic narrative created by Marxists and their fellow travelers will need to be dismantled with hard academic work and research. Invasion of our minds with outdated motivated theories like Aryan Invasion leading to Aryan Dravid construct has to stop. Academicians who had been kept out of the privileged portals of higher education will find gates opening.

It will take at least 10 years to undo what has been served to us over 70 years. Though the anarchist Communist ideology has been defeated in the overground political fight, it occupies huge mind space through its socially divisive neo-left theories, academic tools of cultural studies, and theories of hegemony used to destroy every functioning organs of every civilization.

They have succeeded in the west, but Bharat holds out yet. Our lack of interest in our own spiritual and social capital, an education that has deracinated our minds and cut us off from our roots has helped them to thrive. It will take at least 5-6 years for NEP to take shape, and another generation before we retrieve our future and defeat these forces intellectually.

In the meanwhile, there are two generations who have nothing to give them spiritual and intellectual strength. This is where public intellectuals will play a huge role. The last few years have seen the rise of young public intellectuals, their ideas and work need to be converted to published intellectual work that can help these generations to re-educate themselves. For this, we have to rise above personal bickering and pulling our own people down that only depletes energies.

There is a big risk of extreme form of Islam. There are enough Indian Muslims who wish to move out of the stranglehold of Islamist leadership that has been nurtured since the last few decades with foreign funds and exposed to the Wahhabi interpretation of Islam. To understand the nature of this threat, Islam is to be disseminated for our young generation. We must drop the self-deluding misconception of “all religions are the same’.

While it is a prerogative of every human being to follow a religion of his/her choice, it is our duty to understand the ideology which is trying to take us back 100 years back when Khilafat opened the gate to orthodoxy and ultimately broke India apart.

As I am completing this article, we see the naked dance of violence in Bengaluru that is, but, an incident in a chain of events, similar to the events and arguments of the pre-partition time. These are being staged to test the limits of state power and patience of the majority community. We can’t afford, nor will we allow India to be divided again.

Bharat has the philosophy that can make the world a better place with space for all views based on mutual co-operation and live in a way that the ecosystem of our mother earth survives. Bharat must thrive and step in to help the world has to find balance. 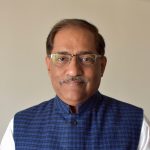 Author, Columnist, Ph.D. on RSS, 4 books on RSS, fifth in print, edited 12 books on a wide range from films to cookery to management,Read more