Describing the Indescribable – Nature as Simile for Gods 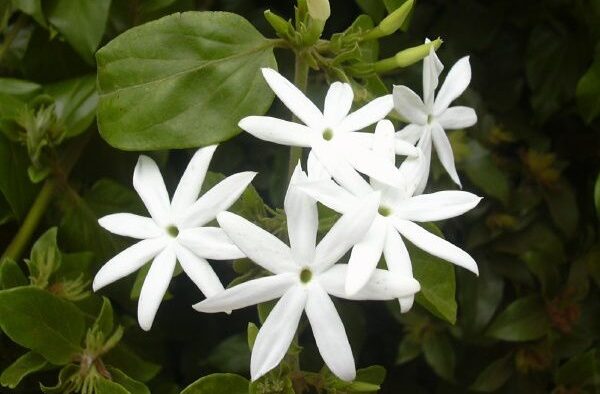 Mūrti Upāsanā in Hindu dharma is a royal path towards bhaktimarg, a path that flows with joy, beauty and rasa – uplifting emotion. Upāsakās glorify every aspect of their ishta devatā – their names, their legends, their beautiful qualities and their forms too.

Even the highly renunciate saints cannot help but relish the entire physical form of their ishta devatā. Every aspect of the form of the devatā is adored, remembered, recalled and meditated upon. Hence, many poet-saints have sprinkled lovely descriptions of the devis and devatas – Rāma, Krishna, Devi, Shiva, Ganesha, Muruga – in various stutis, stotras and keertanas – Yet, how does one describe the indescribable – the perfection and the infinite beauty of the gods?

Mere adjectives – beautiful, captivating, mesmerizing cannot capture the charm adequately. So, our poets have developed a technique of using the best that nature provides as similes to describe the various aspects of God’s form. This technique called upamā in Sanskrit has been in use since the Vedic period.

In this article, we will focus on some rare flora of nature that has also been used as beautiful similes.

The Kunda flower is called star jasmine in English, Makarandam in some Indian languages and the Kasturimalligai in Tamil (Jasminum multiflorum).

Striking white in colour, this flower’s pearly whiteness is used as a simile for our devata’s skin colour. 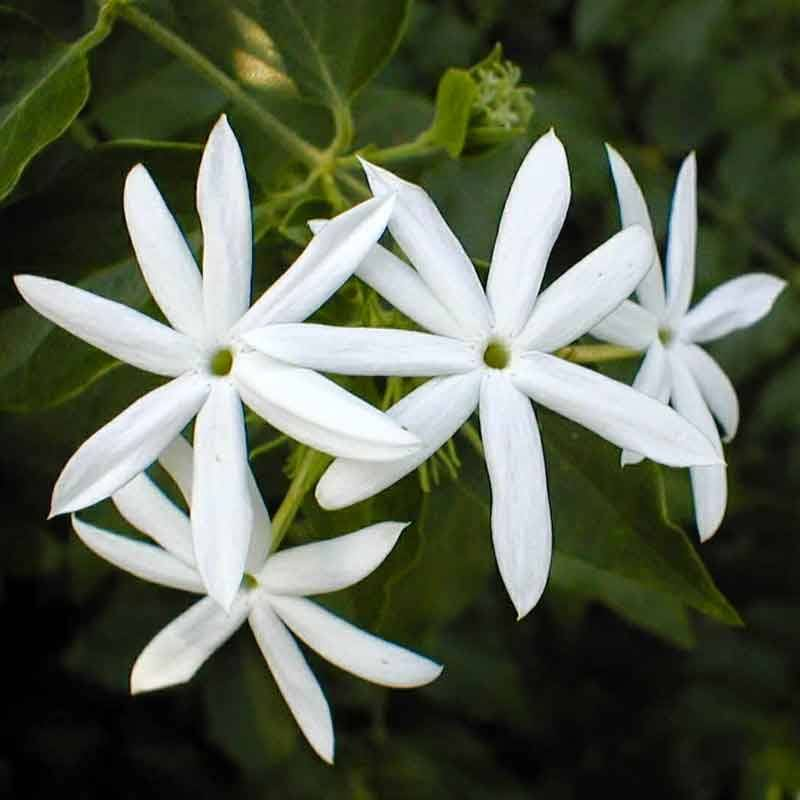 Saraswati is considered as white as the Kunda flower. The popular stotra on Saraswati – या कुन्देन्दुतुषारहारधवला – yā kundendu tushārahāra dhavalā – compares Her skin tone to Kunda, as well as to the moon (Indu) and a garland of snowflakes (tushArahAra).

Interestingly, this white Kunda flower is not just used to describe skin colour, but also the pearly white teeth!

Our Adiyogi covered in ashes and residing in snow also has bright white teeth. In the beautiful Mārgabandhu stotram, Appayya Dikshita sings – “कुन्दाभदन्तम् kundābhadantam” – teeth like the kunda flower.

Kulashekhara Azhwar is so mesmerized by the teeth of smiling Krishna that he uses multiple similes to describe them – कुन्देन्दु शन्ख दशनम् – kundendu-shankha-dashanam – with teeth like the Kunda flower, as well as the moon and the bright conch.

Bimba is a fruit (actually, a ripened vegetable) also called (ripened) tindora, kovakkai, dondakaya (Coccinia grandis). This humble Bimba when ripened looks a pleasant red and predictably this fruit is used as a simile to describe the lips of our devatas.. 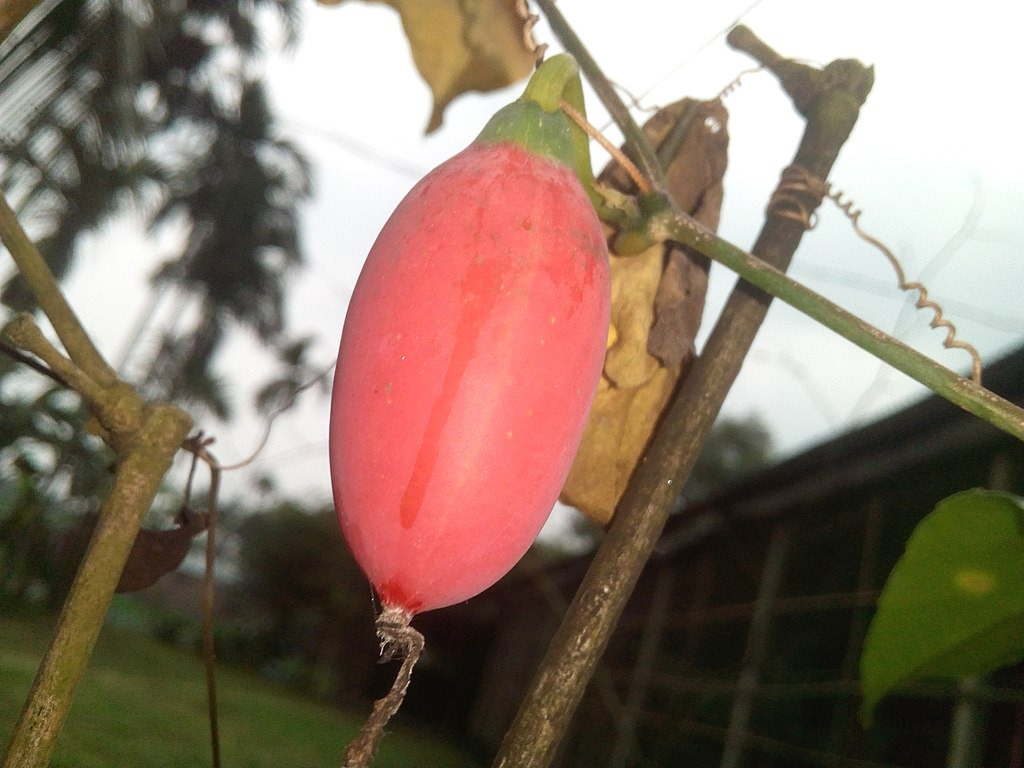 Bhagavan Adi Shankaracharya excels in describing Devi Meenakshi in the Meenakshi Pancharatnam – बिम्बोष्ठीं bimboshtim – lips like the Bimba fruit. He also asks us to start our day meditating on the form of Lalitha Tripurasundari with प्रातः स्मरामि ललितावदनारविंदं बिम्बाधरं prātah smarāmi lalitā vadanaāravindam bimbaādharam – “In the morning, I meditate on the lotus face of Lalitha with lips like the Bimba”. The bimba simile is repeated in many Devi stutis and keertanas, including many compositions of the Carnatic Trinity.

The usage of similes have been common across the length and breadth of India, again proving our common civilizational thread. Appar, one of the Saivite Nayanmars, raves about the smile of Shiva on his red lips that he compares to “Kovai”, the Tamil word for Bimba. குனித்த புருவமும் கொவ்வைச் செவ்வாயிற் குமிண் சிரிப்பும்.

Now , how can the mesmerizing Krishna be far behind! A popular bhajan goes “mandāra-mūle vadanābhirāmaṁ bimbādhara pūrita-veṇu-nādam” that He plays the venu on his red-like-bimba lips.

This usage seems very ancient, even in the Valmiki Ramayana. In the Sundarakandam, Sri Hanuman sees Sita as नील केशीम् बिम्बोष्ठीम्, with dark hair and lips red like bimba.

The Champaka flower is the Magnolia champaca, also called the Sampangi in Tamil, Sempige in Kannada and Son Chafa in Marathi.

Highly fragrant with a sharp curving end, the flower is used extensively for worship (except for Shiva since it lied, just like the Ketaki flower). 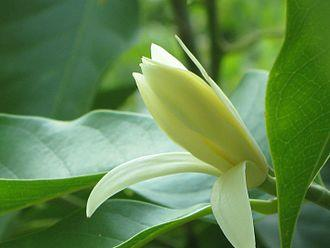 The bud/”new flower” is compared to the nose of our devatas. The flower, of course, expands beautifully, but the bud has the shape of a sharp nose, which is considered beautiful. Hence, the verses use “nava champaka” – the newly blossoming flower.

It is no surprise that Krishna gets compared to the Champaka flower more than others.

The pure aesthetics in our bhakti granthas brings out such beautiful rasa to Mūrti Upāsanā. In this process, we can also connect with nature and enjoy its infinite wealth while seeing Ishwara everywhere.

Hence, Mūrti Upāsanā at home and in our temples is a treasure that we need to preserve and pass on to future generations, no matter how much it is ridiculed by those whose vision is blinded by dogma.

Acknowledgement – Thanks to many Facebook friends who pointed out brilliant works from across India using these similes, some of which have been used in the article above.

Deepa Bhaskaran Salem is an Advaita Vedanta student and blogger/storyteller. She speaks and writes on Hindu parenting. She is a content and product marketer byRead more