Yayati Prashna: Why there can be no Technological Solutions to Cultural Problems 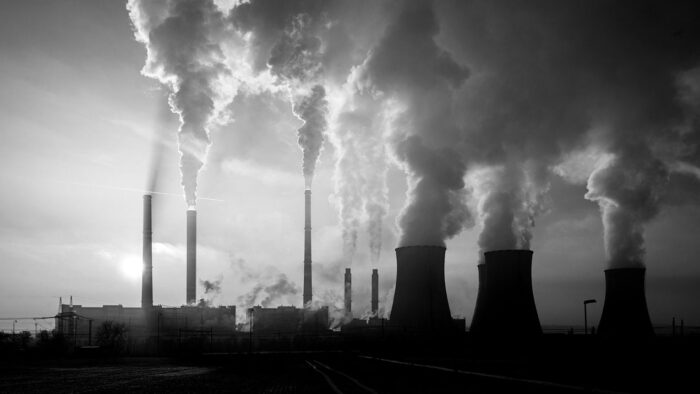 A few hundred years ago, during the Industrial Revolution, a pipedream was sold to humanity: that unlimited economic progress is possible for humankind, with limited resources, on one planet. A fifth standard student can easily understand that this is theoretically impossible, let alone practically possible. And yet the dream was sold to a certain section of humanity: what became known later as the West, or Western Europe and the USA. Initially it led to economic, military and political dominance of Europe which resulted in an unprecedented age of colonialism. With the advent of the USA on the scene and after the World War II that dream was exported to the entire world. The pipedream of ‘unlimited growth with limited resources’ was then sold to the almost every country and society on earth, almost going hand in hand with democracy and adult franchise.

The story arc of this development was obviously not as smooth as seems by the description above. In limited sense and in parts, individuals objected to this pipedream and some contrary evidences were also produced. But there were enough individuals and institutions to buy the argument that ‘unlimited growth’ can go on. Plus, the advent of democracy increasingly incentivized short-term thinking. As a result, short-term goals leading to long-term disasters became the norm and very few objected to it any longer.

The limits to growth were for the first time seriously addressed in 1960s and 1970s. Rachel Carson with her phenomenal book Silent Spring inaugurated an entire era by herself, the era of environmentalism. In 1972, the Club of Rome published Limits to Growth, a document which illustrated that the dream of ‘unlimited growth’ cannot be realized.

When these concerns were raised and irrefutable scientific evidence was marshalled to prove that human activity was contributing to ecological destruction, statesmen and politicians responded by promising breakthroughs backed by technology and science. They claimed that the ‘problem’ that the ecologists see is only a technological hitch, which can be overcome if enough scientists put their efforts to the problem. A series of ‘bottlenecks’ to growth were crossed by reinventing existing technology. New reserves of oil and natural gas were discovered. Alternative means of energy were explored. More efficient ways of consuming energy were discovered.

The game was mostly about finding more energy and more sources of energy. But it is important to make one fundamental distinction here: all of these technological breakthroughs surpassed the bottlenecks of growth for sure, but they did not diminish or eliminate the effects of human activity on environment. In fact, every new breakthrough in technology exacerbated human imprint on environment.

This is the elephant in the room, which nobody still wants to acknowledge except a few scientists like James Lovelock. While we keep finding technological solutions to bottlenecks in growth, there is still no solution to the problem of ecological degradation. With every new technological leap, the ecological problem deepens. With every scientific breakthrough, the environmental status worsens. The problem of sustainability is as it is, or is turning worse. Humanity is going round and round in circles.

This has happened with green revolutions, with electricity consumption, and in general, in our energy needs all over the world. New technology brings new products making more efficient use of energy giving leeway to the users. But the users expand their needs and increase their population and needs rapidly to exploit the leeway provided by the technology and soon the same problem presents itself down the path in a more severe avatar. The train of ecological collapse, instead of halting, picks up more speed with every such technological ‘breakthrough’.

Coming back to the problem of ecology. James Lovelock now assesses that the scale of human intervention on earth is so big that Gaia may just tip over and become a dead planet if we do not stop our path to ‘economic growth’ and ‘unlimited progress and development’.

But very few are actually worried about the elephant in the room. We are secure in our comforts and luxuries and do not want this dream to end. Only a few scientists like James Lovelock and Fritjof Capra along with a few evolutionary biologists dare to speak the truth.

Fritjof Capra broke ranks from his fellow scientists and illustrating the theoretical limits to growth and unlimited progress, for the first time, gave a radically different ethic to the West which can be summed up in these lines: “What we need is not more energy, but less energy.”

We are trying to find a technological solution to a cultural problem. Not only are we not going to find a solution, we are going to make the problem much worse if we continue on the same path.

Sanatana Dharma, however, has a solution to this problem. Sustainability is at the core of any Dharmic worldview. The very word ‘dharma’ means ‘that which sustains’. Bharatvarsha being a Dharmic civilization realizes that the problem of ecological degradation or the problem of sustainability is a cultural problem. Hindu scriptures have woven the sense of sustainability, through rituals, in the daily lives of Hindus. Thus, trees are not to be disturbed during the night; and certain things are to be consumed only on certain days during the year. It is a virtue to spend only as is extremely necessary.

All of these injunctions lead to a life with sustainability as an ingrained value both in personal and public life. But the Hindu Dharma does not just stop there. Hindu scriptures and mythology also warn us about what happens when Dharmic values are ignored, when rituals that encourage sustainability are discarded, and when the dharmic value system of restraint is ignored.

Yayati is a very important character in the Mahabharata. He is one of the most illustrious ancestors of the Pandavas and the Kauravas, the central characters of the epic. King Yayati, despite every virtue, does not want to accept his fate. He commits adultery with Sharmishtha, the maid of his wife Devyani. Shukracharya, the father of Devyani, then curses Yayati to lose the power of his youth. This is devastating for the great king of course, but is a consequence of his own wrong actions.

But he is not willing to accept his fate, or the outcome of his own actions. Shukracharya, being the guru of the asuras, offers him a technological solution, a technical way out. He tells him that though the effect of his curse cannot be without fruit and he cannot have his own youth back, he can still demand the power of youth from one of his sons and if they are willing to do so, he can still enjoy youth, although borrowed from his own sons.

He asks all his sons to give up their power of youth for him and to exchange their youth for his old age. Every son of his denies to do this except the youngest, Puru, who agrees. Yayati, blinded by his unsatiated desire for experiencing the pleasures of youth, cruelly takes the youth of his son Puru.

The story does not end here of course. What happens later is very interesting. Though the episode is depicted in the Mahabharata too, it is more deeply elaborated in the Bhagavatha Purana. Yayati enjoys the sensual pleasures for the stipulated thousand years. He indulges in all and every kind of pleasure that senses can provide and yet he is not satiated. Even after a thousand years of pleasure making he is not fulfilled or satisfied. It is then that he utilizes the utter futility of such an endeavour:

“Know this for certain… not all the food, wealth and women of the world can appease the lust of a single man of uncontrolled senses. Craving for sense-pleasures is not removed but aggravated by indulgence even as ghee poured into fire increases it….One who aspires to peace and happiness should instantly renounce craving and seek instead that which neither grows old, nor ceases – no matter how old the body may become.” (Srimad Bhagavatam Book 9:8 p. 229)

The technological solution that was provided to him by the asura guru, Shukracharya, utterly fails in finding a lasting solution to the cultural problem that he faced. What Yayati needed was control over his body and senses, achieved through sadhana. What he needed was less and not more youth. He needed less and not more indulgence. What Yayati faced was a cultural problem to which he sought a technological solution. No wonder, he failed.

The dream of unlimited economic growth that humankind desires today is the same dream of eternal youth that Yayati desired in the Mahabharata. And just like we seek technological solutions to a cultural problem, so did Yayati. Just like we are destroying the future of our children and grandchildren, borrowing more and more resources from the future, so did Yayati destroy the youth of his son by borrowing it from him. And just like Yayati ended up being even more unsatisfied and more unsatiated by his wrongful and adharmic desire of eternal youth, so is humankind bound to fail in its bid to achieve unlimited economic growth, or be satisfied by just economic growth.