What Our Temples Can Teach Us 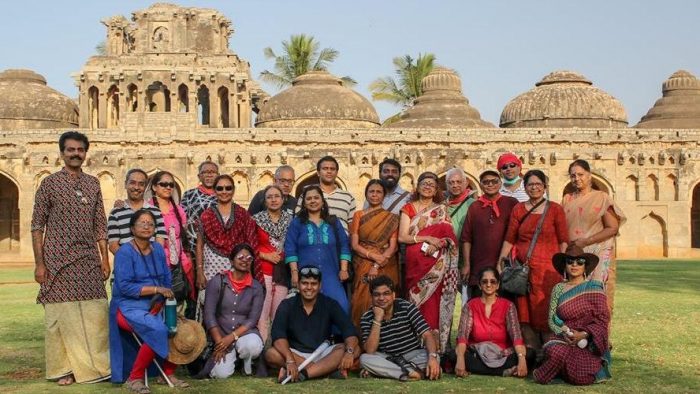 In the heat and dust of Thanjavur one can see a circulation of what some call ‘Social Energy’. From the traces of the past, artistic and historical, there is a creation of collective physical and mental experiences. One has to only step out of one of the world’s greatest architectural wonders – the 11th century Brihadeeshwara temple or the Periya Kovil to see veena makers scoop out the core of a 15-year old jackfruit tree to fashion out an instrument whose sounds resonate with the sound of the temple bell.

In the nearby Mela Raja Veedi is the Bangaru(gold) Kamakshi temple whose deity was originally from the Kamakshi temple at Kanchi. Due to the invasion of Kanchi, the solid gold icon was brought from Kanchi by the forefathers of Carnatic composer Shyama Shastri to Thanjavur via Udayarpalyam. The icon was smuggled out, smeared in punugu (a black paste), disguised as a child with small pox. Even today the idol is routinely smeared with punugu. Shyama Shastri, who performed the rituals in the shrine, would sit in front of the deity at the end of the day and sing, with tears pouring down his face. He lived just behind the temple in a small two room house with a small well.

The literature of the land includes a biography of Serfoji II, which mentions how the Maratha ruler went on a two month pilgrimage of Thanjavur covering more than 100 temples along the Cauvery river in 1801. In 1799, the young ruler had to hand over the entire Thanjavur territory to the East India Company, retaining only the Fort and the capital city of Thanjavur. In a tribute to the pilgrimage, court poet Siva wrote a poem in Marathi titled ‘Sri Maharaj Sarabhedratirthavali’ (sequence of King Sarabhendra’s visit to sacred places). Through the pilgrimage, a scholar observes, Sarfoji II needed to affirm both political legitimacy and ritual sovereignty, marked by ‘dharmic piety’. The poem traces his entire journey, through the sacred spaces of Cholanadu, the features of each pilgrimage and shrine, its local legends and glories, Sarfoji’s rites at each place including bathing and water rituals, ancestral offerings and establishes with authority the age-old connection of the land with the sacred Cauvery.

It is no wonder then that this land attracts history lovers by the droves. A recent survey by Bain & Co and Google on tourism in India, states that Southern India gets the most number of visitors, with Tamil Nadu topping the list at 345 million visitors per year. The second state was Uttar Pradesh drawing 234 million visitors. The high tourist footfalls in Tamil Nadu was attributed to the presence of religious sites, while the Kumbh mela was the greatest draw for Uttar Pradesh. India’s travel and tourism market is expected to increase by 13 % to $ 136 billion in 2021, adds the study. 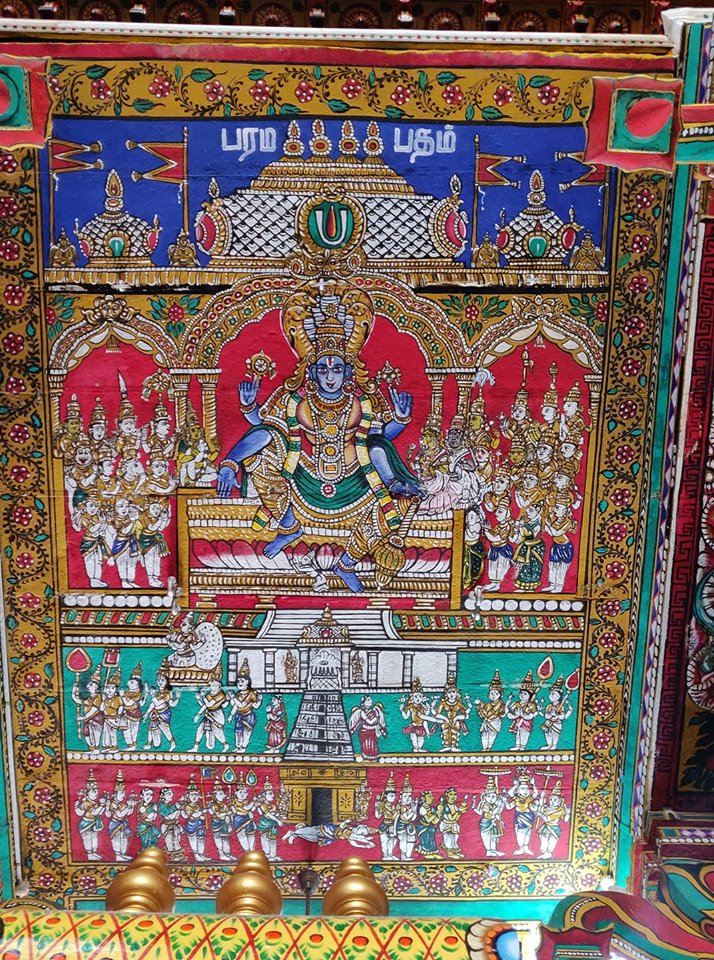 Corporate honcho and historian Pradeep Chakravarthy’s first memories of history go back to his school days when his teacher would reiterate that ‘temples were the centre of art, architecture and culture in the local village.’ Studying in The School, started by Jiddu Krishnamurthy in Chennai, he says perhaps a seed was sown back then ‘not to look at temples as religious places only’, prompting him to search for more when he grew up. While he would visit temples when he would go for summer vacations to his grandparents place in Thirnulveli, there was a gap of 15 years during his student days in JNU and LSE, when he did not step into a temple at all.

Until he visited Thirumayam near Pudukottai, where there are two rock-cut shrines – Sathyagirisvarar and Sathyamoorthi, one of Siva and the other of Vishnu, adjacent to each other. Near the Shiva temple can be found one of the largest rock inscriptions in Tamil Nadu, dealing with music. Atop a hill is the Thirumayam fort, set in 40 acres, built in AD 1687. Pradeep says the place had a ‘magical energy’ which “captivated me and I wanted to recreate that feeling when I came back to Madras.” 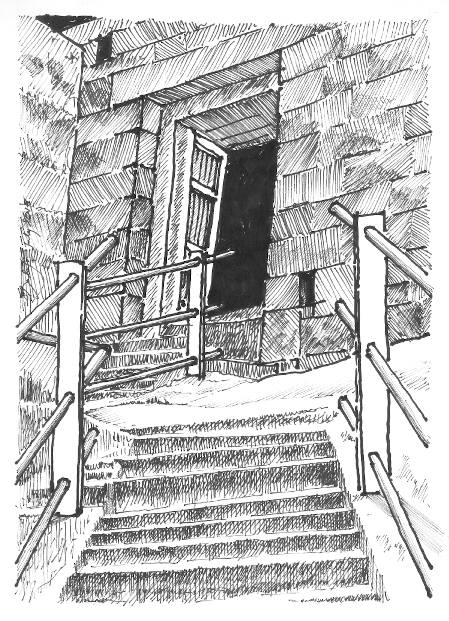 Digging deeper, he found a reference in an ASI book which contained a 13th century inscription of the place. The inscription spoke about a massive fight between two sub-sects which was so bitter that they were breaking the temples and throwing icons into the pond. “From the inscription I found that the local king couldn’t handle it, and a Hoysala king came from Karnataka to solve the dispute. He split the village into two by building a wall and relocated everything. Today, the wall is not there, the sub-sects are not there, the water is dried up. I thought to myself what was the whole point of the fight then and the fights we have now. I wrote an article about how if we see temples as being more than religious institutions we can find a better understanding of life then and now.”

Twenty years later, Pradeep wears two hats – one as a corporate trainer and the other as a cultural curator. In his corporate training he brings lessons from Indian history and mythology into the boardroom and in his cultural offerings he is trying to mesh the lessons of corporate life into his guided tours of Thanjavur and other places in Tamil Nadu. 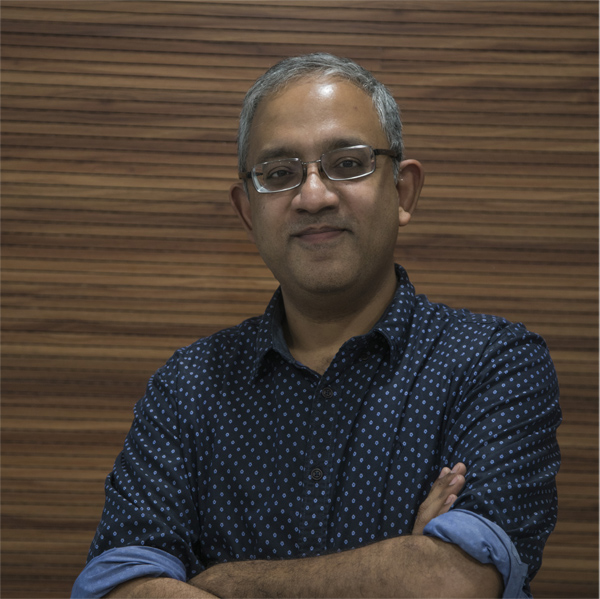 His workshops called Mangalyam, conducted along with mythologist and author Devdutt Pattanaik, show how one can improve corporate performance, create a balance between relationships and tasks by looking at India’s 2000 year old history. The concept is based on Pattanaik’s best seller – Business Sutra. “We believe Western management science has a different way of looking at performance where they emphasize more on the task and less on the relationship. We believe the Indian way is to emphasize on the relationship and then on the task, to achieve performance,” says Pradeep.

Looking back in time, Pradeep has selected historical figures who have had a lasting impact by focusing on relationships rather than tasks. “People who have focused only on tasks have not been able to achieve scale in the long run. If you look at Krishnadevaraya or Raja Raja Chola, they were able to manage both relationships and tasks together. Aurangazeb is a classic example of not being able to do that, despite being a king who ruled the largest part of India as we know it today. He fought wars all his life but within a span of 100 years his entire empire collapsed, without succession. We deliver these lessons by focusing on the history, philosophy and mythology of India.” Pradeep says the Mangalyam workshops, conducted over the last 3 and half years, covering 900 people, has resulted in creating a positive office culture, with a dramatic drop in disputes between colleagues.

A LSE alumni and McKinsey facilitator, Pradeep wishes to take these training programmes out of hotel rooms into temples and cultural spaces. “I look at temples as social spaces. That is the way I bring temples into the corporate world and that is the way I want to take the corporate world into temples.” Temples, like everything else in the phenomenal world, have “profit-losses, operating expenditures, they also employ people, they want repeat customers, they also have product launches as every temple festival is a product launch. One can look at the temple as a religious institution but I look at it as a social institution.”

The vast variety of temple inscriptions in Tamil Nadu forms the bulk of Pradeep’s research. “These inscriptions document important decisions. Zero per cent of these inscriptions have anything to do with mythology, history or philosophy. They tell us of elections being held in those days, donations, income tax, etc. From this one can deduce what were the needs and fears of the people in those days as different from what are the needs and fears of people today. How did they manage conflict and how do we manage conflict today. So my temple tours help to understand the temple, the various themes covered by the inscriptions, and see how this is relevant for our own self-awareness today. In addition to this, when we look at the food, when we look at the craft, interact with people who have lived in that region for a long time, everything comes back to the main lesson which is – if we need to perform in life we need to put ‘we’ over ‘me’.” 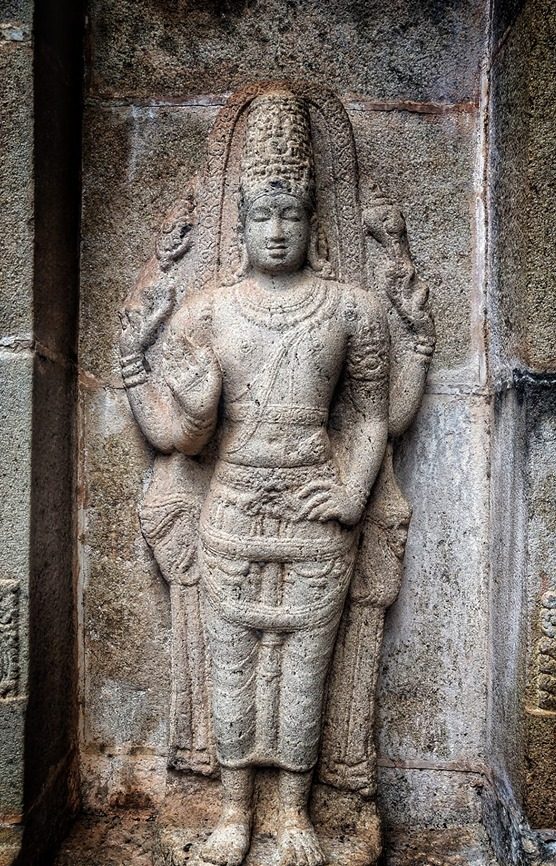 In his writings based on temple inscriptions, he writes about the federal system of governance in Tamil Nadu in medieval times. Village assemblies made decisions on most administrative matters, with the King being in charge of security and collection of taxes. Inscriptions point to the powerful and well administered districts of Chingleput and Arcot and Manur in Pandya. These inscriptions tell us how towns got their names, the names of the rulers, how the assemblies were called with drum beats, how one became a member of committees – all pointing to a deep understanding of politics, administration and electoral practices among the people of that era.
Corporate lessons and temple lessons overlap for Pradeep, with the tours having a distinct advantage over the workshops. “The advantage in the tour is because they are doing so many different things people get a sense of the diversity of India and they feel a genuine pride in their country and their state.”