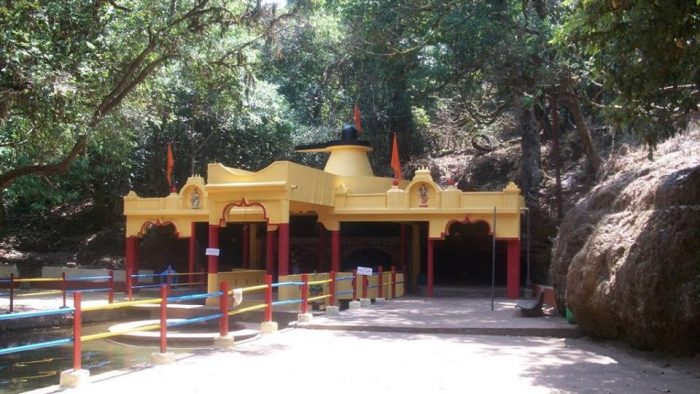 India is best known around the globe for its culture, biodiversity, monuments, cuisine, festivals and spiritual practices that depict its holistic philosophy of life. In the original Vedic tradition, all these aspects have been beautifully interlaced into a seamless fabric – a system that enables economic growth without harming the society or environment. Although many parts of this system have been lost in daily life at the individual and community levels after centuries of subjugation by invading forces, the essence largely remains intact. With a little dusting, it is now all poised to make a comeback due to its timeless utility. With conservation becoming the need of the hour, time is ripe to delve into the ancient knowledge under the Vedic science umbrella to find win-win solutions. Here, we take a look at a case study of the beautiful integration of nature and tradition in Indian culture. 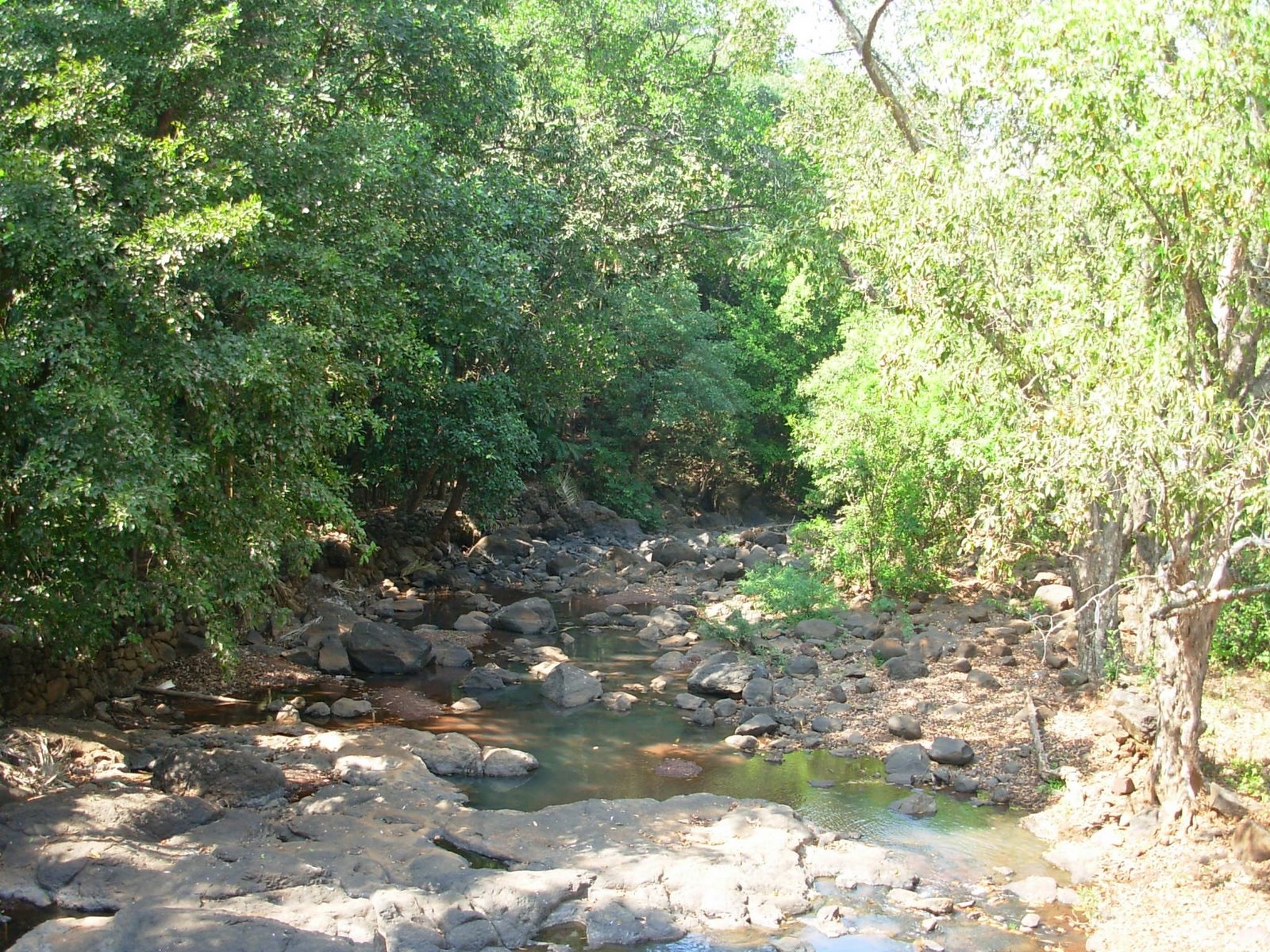 (Pic: Origin of the river)

Pilgrimage centres in India are invariably located along rivers, in forests, or on mountain tops. This has deep spiritual and ecological significance. The positive energy vibrations of such places, where saints and deities are said to have resided, are powerful and beneficial. Simultaneously, these areas play a vital role in the ecosystem. The rationale has been that a visit to a pilgrimage place not only benefits the seeker spiritually; but also helps one experience first-hand the beauty of nature that exists there and recognizes the importance of god’s creation.

Natural environs tend to take humans closer to divinity. The vast mosaic of natural cycles and the amazing spectrum of species in the catchment areas, makes one feel awestruck. Such places provide energy and respite even to the most materially inclined person. They have the power to transform and tilt one towards sustainable thinking. Simultaneously, the physical difficulty experienced in traversing mountains and forests makes one forego many comforts of daily life, which is said to help in spiritual evolution. 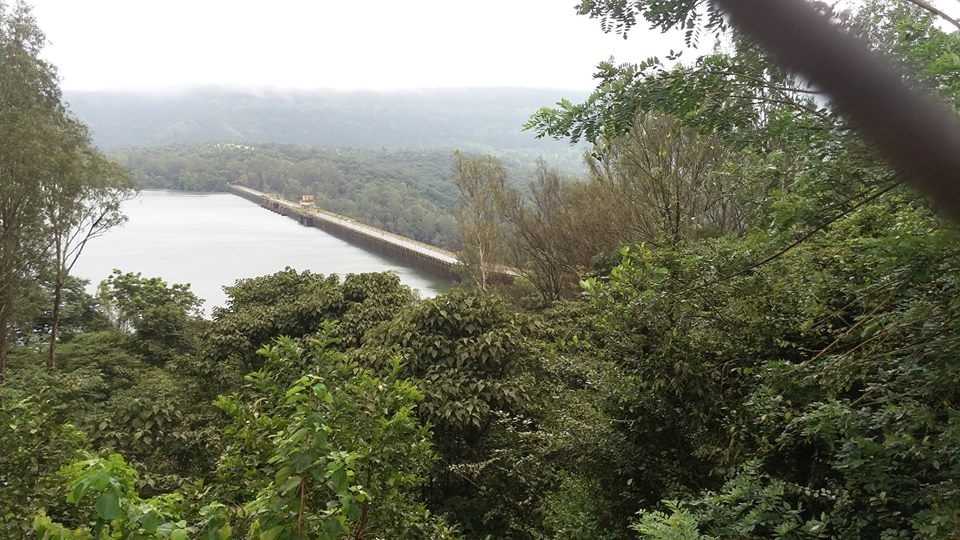 Linking conservation with religion helps the common man to imbibe a lifestyle that is inherently eco-friendly. Often, the layman is unable to understand the science behind a particular phenomenon. In such cases, a recommended way of life turns out to be beneficial to the individual, society, and environment. The average god-fearing and righteous individual avoids doing things that are considered a taboo in religion. Thus, religious practices (based on science) truly have the potential to ensure that people refrain from destructive actions. Sacred places are generally conserved by people out of love and awe for the creator.

Western Ghats (Sahyadri), aptly translated and described as the Benevolent Mountains, are massive and ancient mountain ranges, that protect and nurture peninsular India. Climate, monsoon patterns, agriculture, industry, transportation and the very culture of the states south of Vindhyas have been moulded by the Sahyadri ranges. The forest temples in Maharashtra, nestled in their fastness are perfect examples of biodiversity preserved for ages as a part of popular culture. The presence of rich flora and fauna in these locations, despite a long history of human habitation, is a testimony of the eco-friendly philosophy of co-existence.

This pilgrimage place in Nashik district is the origin of Godavari river, which is aptly described as Dakshin Ganga due to its spiritual, social, economic and ecological importance, comparable to Ganga. Although the northern extreme of Western Ghats has been largely deforested, starting from the British era, the Trimbakeshwar range, including Brahmagiri and Anjaneri (considered to be the birthplace of Bhagwan Hanuman) mountains, is one of those few pockets of natural habitat that remains intact here. The sanctity attached to this place has played an important role in protecting these moist and dry deciduous forests, that form the catchment area of three sources of Godavari. These mountains also feed the westward flowing Vaitarana river, which has a major role in the water supply to Mumbai. The Trimbakeshwar temple, one of the 12 Jyotirlingas (sacred Shiva shrines), is located at the foot of this range.

This popular hill station located in Satara district, is the origin of five rivers, viz. Krishna, Koyna, Venna, Gayatri and Savitri. While, Krishna is the lifeline for many districts of Maharashtra, Karnataka, Telangana, and Andhra; Koyna is well-known for its role in the agricultural prosperity of western Maharashtra and its contribution to the state’s electricity grid. Savitri, flowing westwards through the Konkan region, has been important for agriculture, the industry as well as local water transport. The Panchganga, Krishnabai and Shiva temples in Kshetra Mahabaleshwar have been highlighting the ecological importance and divinity of the surrounding evergreen forest, known as Brahmaranya, which was said to be the chosen place of mystics for meditation, from times immemorial. 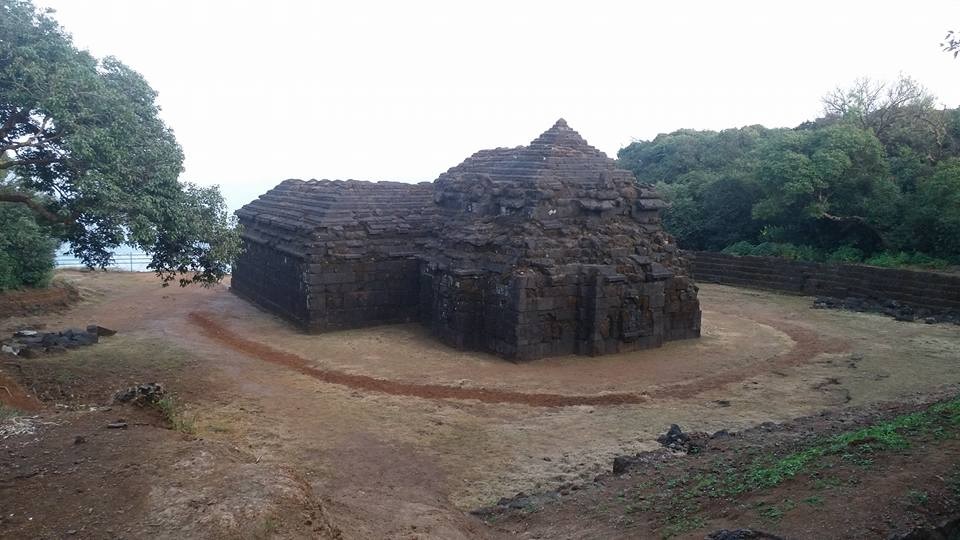 This Jyotirling located in Pune district is a land of dense evergreen, semi-evergreen and moist deciduous forests, and seasonal flowering plants on the intermittent plateaus. These myriad habitats have been declared as a wildlife sanctuary. Apart from the ancient Shiva temple, the Kalamjai Devi temple in the locality is dedicated to the Kalamb tree. All living and non-living beings in the world are divine in the Vedic culture and hence to be conserved. The devrais (sacred groves) at Ahupe and other villages in and around the sanctuary are excellent examples of forests conserved in the name of a deity. Like Mahabaleshwar, Bhimashankar is also associated with seers. The nearby Mokshkund Tirth is associated with the historical presence of Rishi Kaushik. Bhimashankar is the origin and catchment area of Ghod and Bhima rivers. The latter plays an important role in the agriculture and water supply of southern Maharashtra and northern Karnataka.

This quiet hill station in Sindhudurg district is famous for its plateaus, and evergreen and semi-evergreen forests. Hiranyakeshi river (that in turns feeds the larger Ghataprabha river) originates here. A small Shiva and Parvati temple stands beautifully tucked away in a dense devrai, right at the source of the river. Further downstream are the Ramtirth Falls with small temples dedicated to Bhagwan Ram and Shiva. It is said that Ram had stayed here for some time during the exile period. It is said that dozens of other Shiva temples existed in these forests, of which only about 10-12 are known today. Thus, it is abundantly clear that the sanctity of this catchment area and the dense forests that induce rainfall as well as prevent soil erosion seems to have been deep-rooted in the minds of our ancestors.

Numerous such sacred places exist in other states too, including Karnataka, Kerala and Tamil Nadu, such as Kushavali (source of Kali river), Gangamoola (source of Tunga and Bhadra rivers), Talakaveri (source of Kaveri) and Agastyarkoodam (source of Thamiraparani).

The obvious connection between spiritual, social, economic, and ecological aspects is slowly becoming evident to the modern man, something that was well understood by our forefathers. Thus, interest in such holistic conservation practices is rising in different walks of life. The academia is also realizing the need for incorporating the time-tested Indic knowledge in mainstream education. For instance, various courses such as Indic Philosophy of Life, Indic Knowledge Landscape, and Foundations & Facets of Ethics, run by the Pune-based MIT School of Vedic Sciences (SVS), cover topics ranging from sustainability in human endeavours and lifestyle choices to the universal laws of nature that are relevant to all humans. These can be either taken as a part of a graduate or postgraduate programs or as standalone certificate courses. 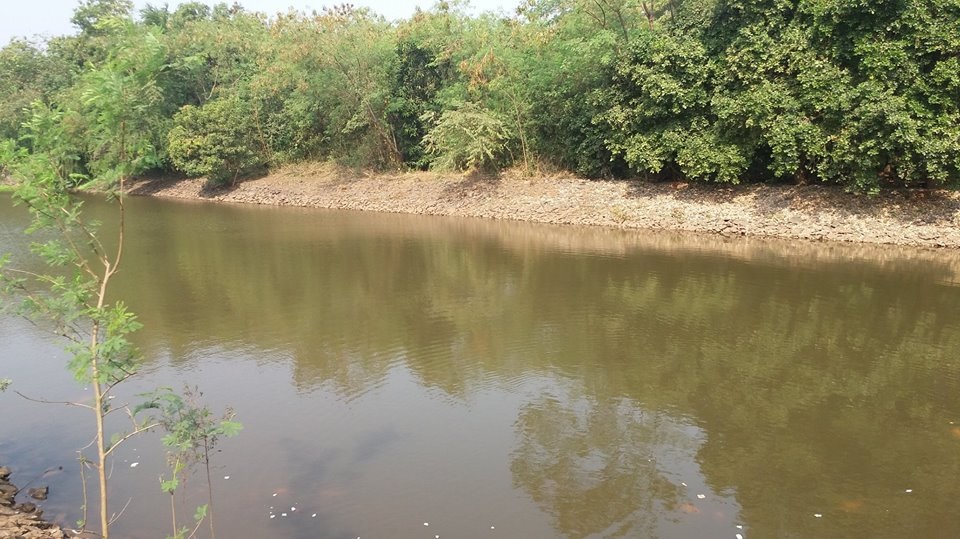 Before we end, it is pertinent to drive home the point that in the recent past, reckless visitors have been dumping garbage and some unscrupulous business interests have been destroying the habitat in most tourist places; including pilgrimage centers. This is the result of lack of sanskars (grooming) and ignorance about the eco-spiritual significance of these places. This does not reflect upon any fault in the philosophy behind these pilgrimage places; but is caused by insensitive people, trained in the ‘modern’ thought of economic growth sans social responsibility. It is time that we Indians once again understand the multi-disciplinary approach of our ancestors that ensured environment conservation while enabling social and economic welfare. Such temples are an excellent example of merging ecology with traditions. Once this reawakening happens, these forests will flourish again with the dedicated and selfless efforts of the true seekers.

Atul Sathe works as Content Developer-Curriculum & PR, at MIT Group, Pune, and can be contacted on atul.sathe@mitpune.edu.in.