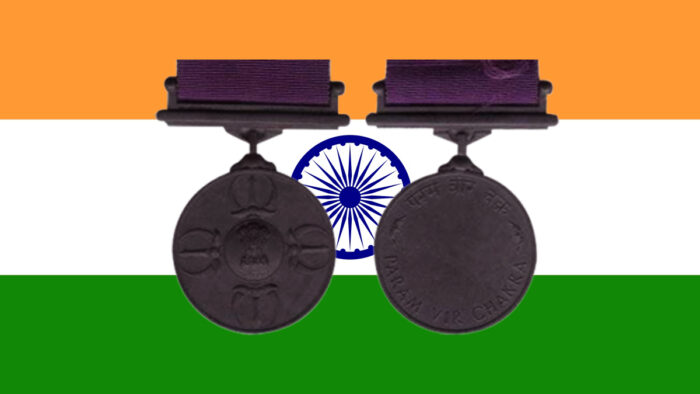 On 15th August 1947, the Indian flag fluttered in the horizon of Bharat to winds of freedom. India had finally broken the chains of British colonization. The British had left India scruffy with the pockmark of cruel blood-spattered partition. India and Pakistan were born as the eventual children of the divide and rule protocol that the British successfully implemented and left the Indian soil with sarcasm to mock and cradle.

The non-violent movement for freedom that had finally reaped the fruit of independence for India had for all times created customary cross-border violence with Pakistan. The partition of India and the creation of Pakistan was fodder for both the countries to engage in combat and an opportunity for other sly countries to profit from these warfare situations.

Post independence, both India and Pakistan struggled to establish themselves as new countries on the global map. The constitution was given shape to replace the Government of India Act 1935 adopted by the English crown. Ensuring constitutional autonomy, the prior Acts of the British parliament in Article 395 were revoked.

Bharat was to be governed on the terms and conditions put forward in the Constitution of India which was adopted by the Constituent Assembly on 26th November 1949 and came into force on 26th January 1950. Bharat became the Sovereign Socialist Democratic Republic with a parliamentary system of government. The word Secular was added much later in the year 1975 to the Preamble of the Indian constitution.

On 26th January 1950 along with the Constitution of India, the first three gallantry awards of independent Bharat, namely Param Vir Chakra (PVC), Maha Vir Chakra (MVC), and Vir Chakra (VC) had been established.

These recognitions of gallantry and martyrdom were instituted by the Government of India on 26th January 1950 which were deemed to have effect from the 15th August 1947. Of the three gallantry awards instituted the highest gallantry award of Bharat was/is the Param Vir Chakra – The Wheel of the Ultimate Brave.

The other gallants who were awarded with the PVC along with Major Somnath Sharma in India’s first Republic day Parade were Naik Jadunath Singh in action on 6 February 1948; Second Lieutenant Rama Raghoba Rane, in action on 8 April 1948; Company Havaldar Major Piru Singh in action on 17 July 1948; Lance Naik Karam Singh, 13th October 1948. All the gallants mentioned were martyred in action in the 1947 -48 Indo Pak war, Jammu and Kashmir sector.

Major Somnath Sharma’s, martyrdom conveys the vigor and the steel he had in himself to hold on the post with his small platoon of soldiers. Major Somnath Sharma was killed by mortar fire. His unrecognizable body was received three days later, with a few pages of the Bhagavad Gita in his chest pocket.

The thunderbolt like the power he possessed while in ambush made him the recipient of the first and highest gallantry award of Independent India –The  Param Vir Chakra. On 21 June 1950, Major Somnath Sharma’s Param Vir Chakra, for his actions on 3 November 1947 was gazetted.

On 3 November 1947, Major Somnath Sharma’s company was ordered on a fighting patrol to Badgam in the Kashmir Valley . He reached his objective at first light on 3 November and took up a position south of Badgam at 11:00 hours. The enemy, estimated at about 500 attacked his company position from three sides; the company began to sustain heavy casualties. Fully realizing the gravity of the situation and the direct threat that would result to both the aerodrome and Srinagar via Hum Hom, Major Somnath Sharma urged his company to fight the enemy tenaciously. With extreme bravery, he kept rushing across the open ground to his sections exposing himself to heavy and accurate fire to urge them to hold on. Keeping his nerve, he skillfully directed the fire of his sections into the ever-advancing enemy. He repeatedly exposed himself to the full fury of enemy fire and laid out cloth strips to guide our aircraft onto their targets in full view of the enemy. Realizing that casualties had affected the effectiveness of his light automatics, this officer whose left hand was in plaster, personally commenced filling magazines and issuing them to the light machine gunners. A mortar shell landed right in the middle of the ammunition resulting in an explosion that killed him. Major Sharma’s company held on to this position and the remnants withdrew only when almost completely surrounded. His inspiring example resulted in the enemy being delayed for six hours, thus gaining time for our reinforcements to get into position at Hum Hom to stem the tide of the enemy advance. His leadership, gallantry, and tenacious defense were such that his men were inspired to fight the enemy by seven to one, six hours after this gallant officer had been killed. He has set an example of courage and qualities seldom equaled in the history of the Indian Army. His last message to the Brigade Headquarters a few moments before he was killed was, ‘the enemy are only 50 yards from us. We are heavily outnumbered. We are under devastating fire. I shall not withdraw an inch but will fight to the last man and the last round.’

The extraordinary heroism displayed by  Major Somnath Sharma was perhaps the reason for the design illustration of the Param Vir Chakra that was inspired by Indra’s unmatched weapon, Vajra- The thunderbolt.

The Legend of Indra’s Vajra

The ornamentation of the Param Vir Chakra symbolizes the sacrifice of Rishi Dadhichi, who dedicated his bones to the Devatas to create the vajra, the ultimate weapon used to kill Asura Vritra.

As per Puranic literature, Indra, the king of Swarga- heaven was once driven out of his kingdom by a demon named Vritra. Asura Vritra also stole all the water available in the world for his own use and for the use of his Asura army.

Asura Vritra aimed at finishing humankind leaving them to die of thirst and hunger. His motive was to allow no God or Demi-God to stay alive to challenge his place in Swarga.

With extreme nervousness and fear of Asura Vritra’s boon power, Indra approached Lord Vishnu for help.  Shri Vishnu revealed to Indra that the only weapon that could kill Vritra Asura was a thunderbolt made from the bones of the Maharishi Dadhichi.

Maharishi Dadhichi fulfilled his last wish and then gave up his body. After Maharishi Dadhichi’s death Lord Vishnu relegated the Divine armourer, Tvashta to create a spectacular weapon for Indra using which he could annihilate the dreadful Asuras and their king Asura Vritra.

Thus the Vajra was made from Rishi Dadhichi’s bones. This Vajra was the ultimate weapon used by Indra to defeat Vritra Asura, allowing Indra to regain his place as the king of Indrapuri and also in releasing the water for all living beings.

Meaning: O wielder of the Vajra, protector of the universe, the slayer of Vṛtra and Namuci. O illustrious one, who wears the black cloth, and displays the truth and untruth of the universe. 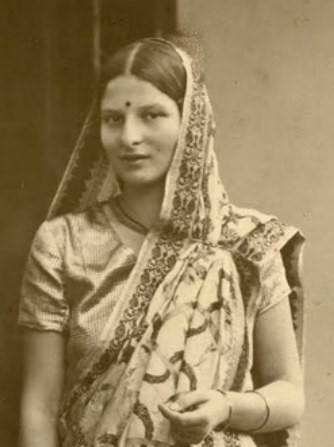 Savitri Bai’s fascination towards Hindu scriptures, her knowledge of India’s ancient Puranic literature, history, and legends inspired her to create the design of the Param Vir Chakra. She drew inspiration from Indra’s Vajra that could only be crafted due to the sacrifice of Rishi Dadhichi who selflessly perished for saving Humankind. The same selflessness can be seen in all the Param Vir Chakra awardees.

The Param Vir Chakra is cast in bronze having a radius of 13/8 inch (41.275 mm). In the centre, on a raised circle, is the state emblem- The Ashoka Stambha, surrounded by four replicas of Indra’s Vajra, flanked by swords.

The decoration is suspended from a straight swiveling suspension bar and is held by a 32 mm purple ribbon. On the reverse, around a plain centre, are two lotus flowers. The words “Param Vir Chakra” are embossed both in Hindi and English.

The Param Vir Chakra is India’s utmost military ornamentation, awarded for the display of illustrious acts of bravery during wartime. It is an honor granted for – ‘the most conspicuous bravery in the presence of the enemy’. The Param Vir Chakra has been awarded 21 times, of which 14 were awarded posthumously. Of the 21 awardees, 20 have been from the Indian Army, and one has been from the Indian Air Force.

Every Indian soldier in uniform- olive, white and blue is a Vajra. Each one is a Dadhichi willing to give up his blood and bones to safeguard the soil of Bharat.  Every soldier is a thunderbolt representing intensity towards duty, indestructible bravery, and immense dedication for the motherland.

“Some goals are so worthy, it’s glorious even to fail!”