The Artist In The Art Part I 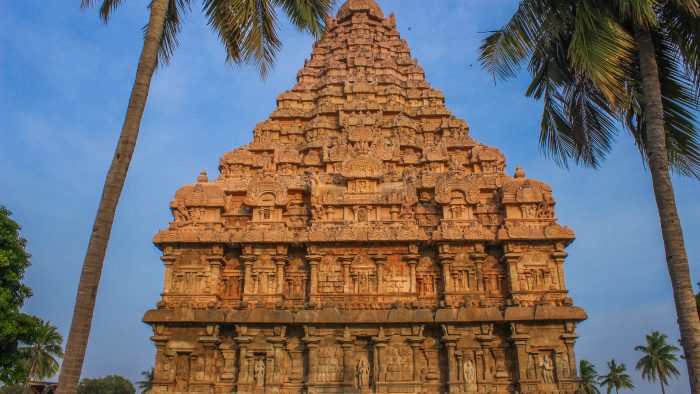 The Mystery of the Nameless Art

One of the most enduring questions about ancient Indian art is: why is the art nameless? Where is the signature on the sculpture? The name of the architect on the temple? Where is the Artist in the Art?

The mystery of the nameless artist is not confined to India. Almost every traditional society before the Renaissance did not care about the individual artist. Most of the exquisite Greek sculpture is nameless. It begs the question that how could an artist who could create such exquisite art with such great finesse and such ability to transport the audience to other realms of existence, how could such an artist remain nameless? 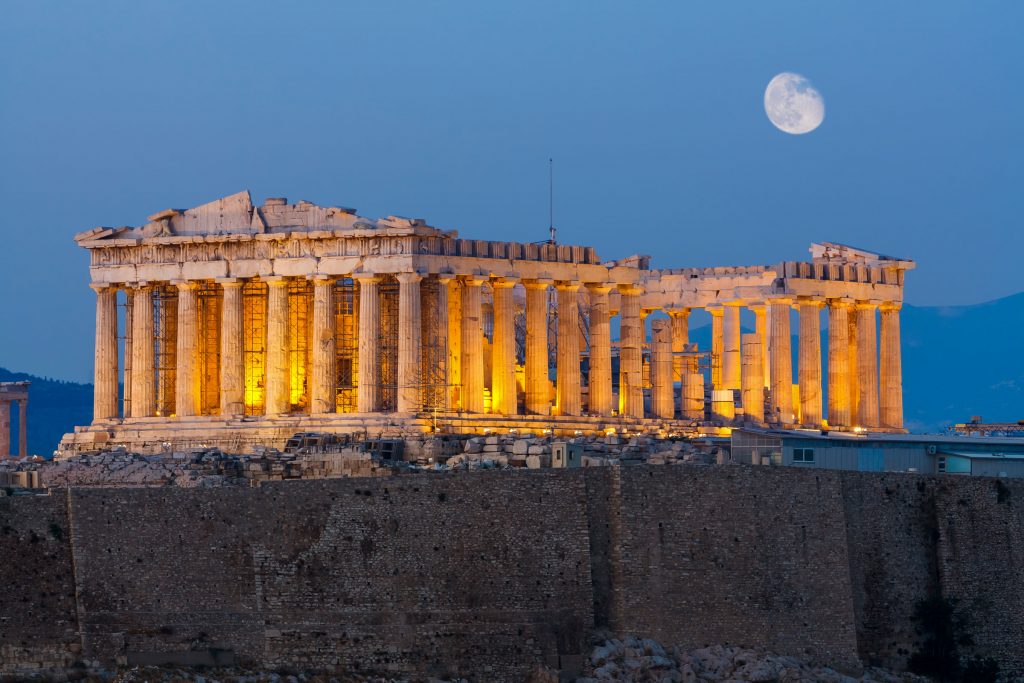 Even when the name of the artist is remembered, it is remembered not for creating something new, but for retelling the same old story, for recreating the same old theme. The story or the theme itself is never new. The primary feature of traditional art was the repetition of universal truths and archetypal stories. The artists would not claim to make something ‘novel’ or ‘original’, but instead, play on the same old themes. The artist would make ‘name’, so to say, by confirming to the traditional and not by creating something new.

The greatest playwrights of ancient Greece whose work still survives are the trio of tragedians: Aeschylus, Sophocles, and Euripides. In their plays, we do not see a difference in themes or stories. The stories are all the same. The difference is in treatment, in the presentation.

And these stories are none other than the classical myths of Greece. The dramatists were just redoing the classical myths for the contemporary audience. It was believed that there was ‘nothing new under the sky’; that there ‘can be no new story’, just a fresh rendering of the universal stories and classical archetypes, in the contemporary idiom. It was believed that the ancients had created, whatever was worth creating and the only job left for the later generations to come was to measure up to mark created by the ancient masters, by the gods themselves.

Greece was not alone in this regard. In India too, the greatest playwrights like Bhasa and Kalidasa re-enacted the classical stories already told in great epics. Thus Bhasa recreates many scenes of the Mahabharata. Kalidasa does the same with Shakuntala. There too, the point of the theatre is to render home the message already devised by the great Jnanis, the great saints who had written the epics, the Puranas, and the Agamas.

There was no pretense that the ‘artist’ can create something new. Novelty, where an individual claim of finding and creating something new was not something the Indian artist was familiar with. The greatest goal of the artist was to match up to the standard of the Jnanis. There was no concept of bettering it. 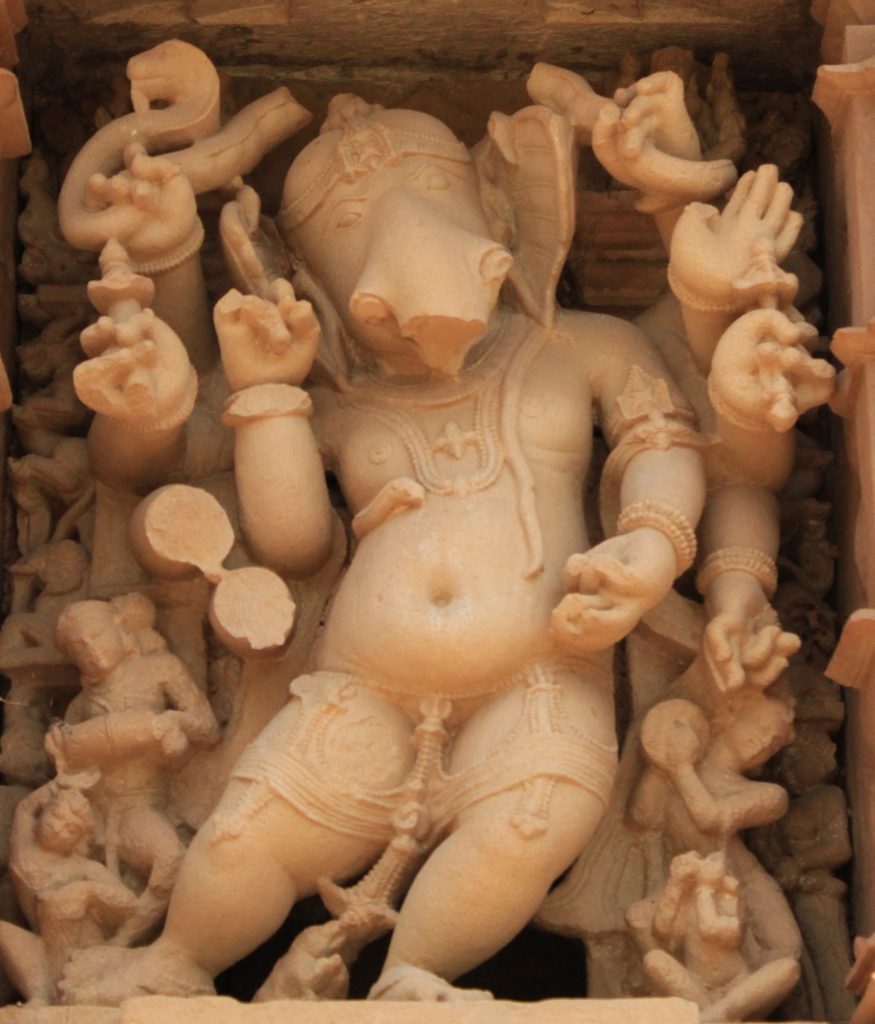 Sanskrit does not even have a separate word for ‘Art’. The word ‘Kala’ more closely translates to craft, but not art. Art as a unique creation of an individual with novelty is a European concept, which became established during the Renaissance.

This is well illustrated in the story of the Ramayana. The epic starts with Sage Valmiki witnessing an emotive scene in which two krauncha birds are making love. Just then a hunter comes and the male bird is shot down. Valmiki, overcome with emotion creates a verse in a unique meter, something which is itself marvelous for metres doesn’t come so easy. And yet, the story goes, Lord Brahma instantly appears and this is what he says: “Your mind did not create this shloka metre. I produced this eloquence in you.”

He then exhorts Valmiki to write the Ramayana in this metre. The point to be noted here is that even such an original creation as the invention of a metre was attributed to the inspiration of the Supreme Consciousness, of the Divine inspiration and not to individual creativity.

The goal of classical art was to take the artist out of the art. The art was supreme and the greatest art was created when the artist completely lost his personality in art; when he became indistinguishable from it. No doubt some individuals became famous, especially in the field of theatre, but that was despite the intention, not because of it. And it is not clear whether these ‘names’ which are now made famous are actually persons or just titles conferred on various individuals.

In the field of sculpture, architecture, and painting, this feature becomes even clearer. In Indian art, we are aware of no individual names of painters, sculptors, or architects. There is the archetypal ancestor like Vishwakarma, the deity who creates all, but no individual hands are known, the hands which were so adept as to create the wonders that are still to be seen in Ellora, Kanchipuram, Khajuraho, Konark or Modhera. 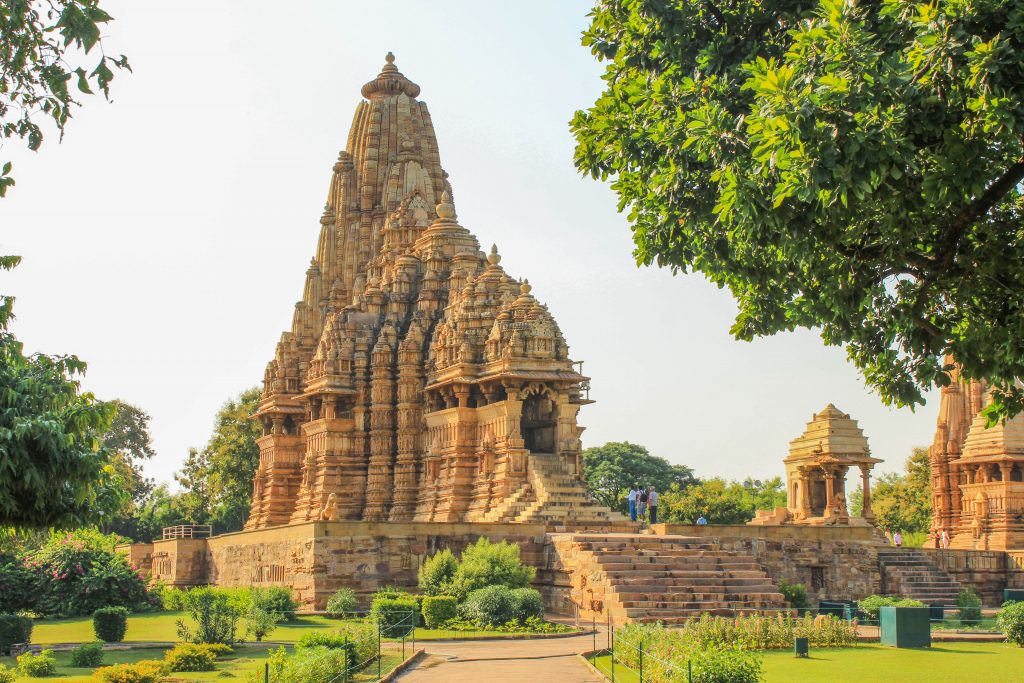 The greatest art was created when the artist disappeared from the art. The Art Instinct then took over and self-created a masterpiece.

Ananda K. Coomaraswamy mused over this peculiar quality of Indian art and frequently compared it to the concept of Art in the West.

“‘Art in India’ and ‘art’ in the modern world mean two very different things. In India, it is the statement of racial experience and serves the purposes of life, like daily bread. Indian art has always been produced in response to a demand: that kind of idealism which would glorify the artist who pursues a personal ideal of beauty and strives to express himself, and suffers or perishes for lack of patronage, would appear to Indian thought far more ridiculous or pitiable than heroic. The modern world, with its glorification of personality, produces works of genius and works of mediocrity following the peculiarities of individual artists: in India, the virtue or defect of any work is the virtue or defect of the race in that age. The names and peculiarities of individual artists, even if we could recover them would not enlighten us: nothing depends upon genius or requires the knowledge of individual for its interpretation.” (Coomaraswamy i)

This was the norm in all great civilizations: China, Japan, Rome, Egypt, Mesopotamia, etc. Traditional Art is oblivious to the Artist. 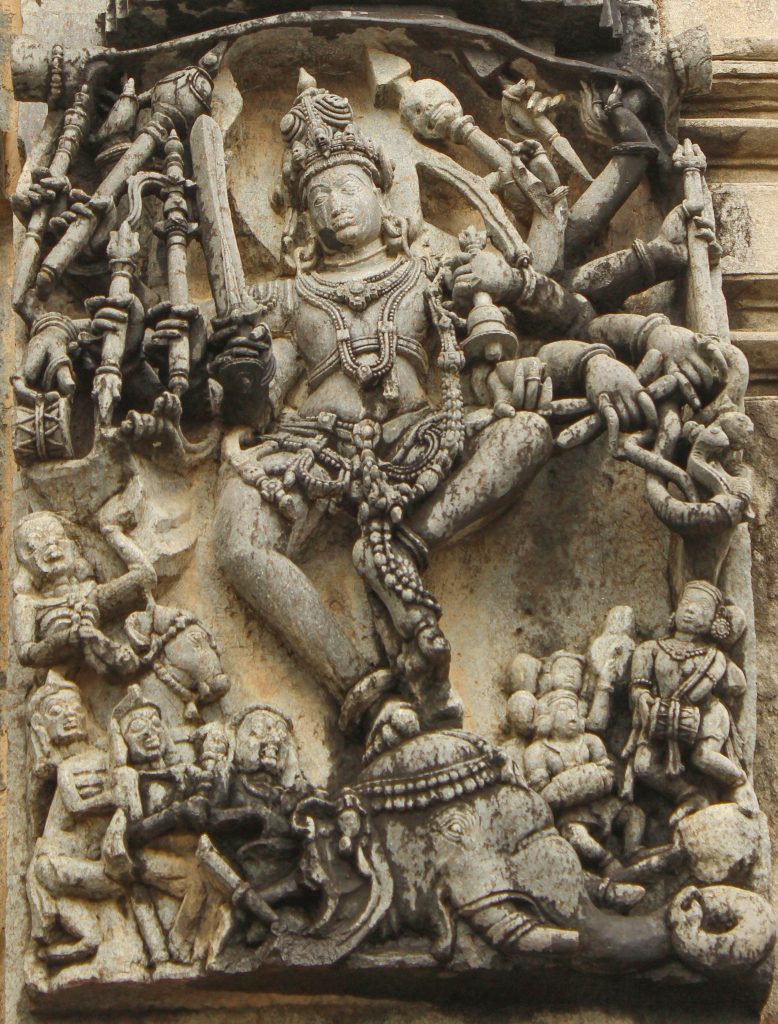 This does not mean that there was no recognition of the artist. The artist in his or her own life was very famous, well-recognized and extremely well-respected in his community; but he was famous not for creating something new, something ‘bearing his signature’, but for faithfully conforming to the traditional, for measuring up to the standards set by his ancestors. In Coomaraswamy’s words, he was known not for his ‘novelty’ but for his ‘vitality’, which sprung from his discipline and practice of meditation.

A modern example in traditional art is M. S. Subbulakshmi. She was immensely respected as a great legend. And her greatest pieces are the renderings of Sahsranams, Strotams, and Suprabhatams that were created by the great Jnanis. She was immensely respected, but not for creating something ‘of her own’, but for reenacting the classical and the traditional for a contemporary audience.

The Renaissance Introduces the Artist in the Art

The modern West abrogated this tradition for the first time and this started with the Renaissance itself. In the Renaissance, the artist enters the art, and thus you know a particular work by the name of the artist: Michelangelo, Raphael, Brunelleschi, Da Vinci, or Caravaggio.

As soon as the Artist enters the Art, the urge shifts from ‘reenacting the classical’ to ‘doing something new’. “In this kind of art, there is always a demand for novelty.” (Coomaraswamy 78) While the urge in the traditional society was to conform to the traditional, to the norm, the urge now was to ‘differentiate oneself from the ancestors as well as the contemporaries. At first, it resulted in a burst of creativity and Renaissance Art is wonderful.

But the introduction of the artist in the art, the introduction of ‘individual novelty’, is a slippery slope. Very soon the artists start running out of ideas to differentiate themselves from their ancestors and from their contemporaries. They start trying to become more and more strange and bizarre in a bid to become different. In a new motive, the strange becomes the new well.

By the time of the Impressionists, most of the novel ideas which could result in the creation of great art had been exhausted and by the Expressionist era, art starts ending up in dead ends. The new pieces of art are unrecognizable by the common people. The idea has become so complex, so bizarre, so strange and so opposite to all the established rules of aesthetics, that it is no longer possible to independently value and enjoy a piece of art. One has to be schooled into ‘enjoying the piece of art’. 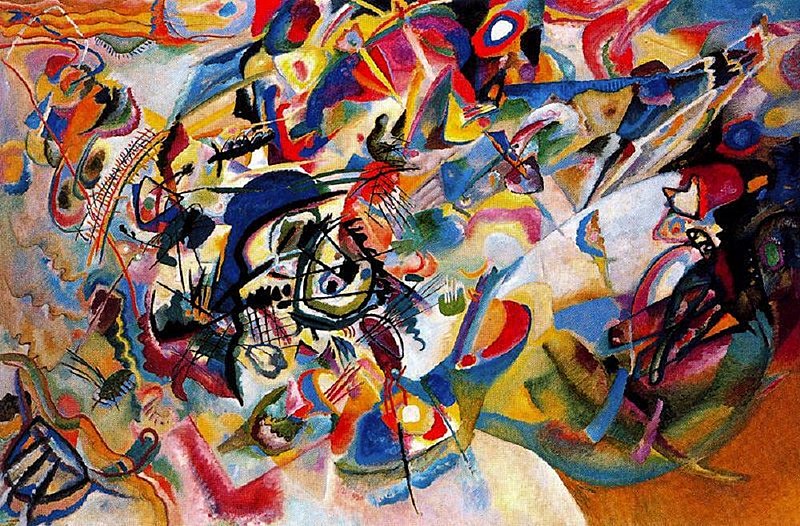 This is a natural outcome of putting the Artist in the Art. As soon as a civilization tries it, things start going downhill and run into dead ends. And soon the Art is dead.

Art in the modern West is entire of this kind. It hinges on the individual and ‘individual novelty’. It is not known by the dominant culture, or the region or even nation. It is known only by the name of the individual. The artist is supreme in modern art. Coomaraswamy once again quips about this ‘individual artist’:

“Works of art have been thought of in two very different ways. According to the modern view the artist is a special or even abnormal kind of man, endowed with a peculiar emotional sensibility which enables him to see what we call a beauty; moved by a mysterious aesthetic urge he produces paintings, sculpture, poetry or music. These are regarded as a spectacle for the eyes or gratification for the ear; they can only be enjoyed by those who are called lovers of art and these are understood to be temperamentally related to the artist but without his technical ability.” (Coomaraswamy 78)

Indian Art stands on one end of this spectrum. It does not glorify the individual artist. Rather than investing in individual names it works for creating entire cultures with specific characteristics and it is these cultural characteristics which get reflected in the art as a collective imprint of the civilization.

The Indian artist does not search for novelty. He does not even look for beauty. He looks for truth instead. Whatever means he is working with and whatever piece he is ordered to work upon, he tries to create something which is capable of transporting the viewer to a higher plane of consciousness. The beauty is bound to be created during the course of the creation. Anything pointing towards supreme truth is bound to have an aesthetic value to it. The beauty is a byproduct, not the goal of the Indian artist.

Upon Introducing the Artist

For in the modern West, starting from the High Renaissance, the Artist was introduced in the Art. What exactly happened and how it degenerated into today’s disaster of postmodern art will be explored through this series of articles.

This introduction and subsequent degeneration did not just happen in just one discipline of painting or sculpture. This was an overarching phenomenon, a civilizational change at the level of the collective consciousness of the culture, and it manifested throughout all the disciplines of art like painting, music, sculpture, architecture, literature. Not only this, the concept also changed the tradition of food fundamentally.

The subsequent series of articles will pursue one discipline at a time and will illustrate how the introduction of the artist destroyed art itself.