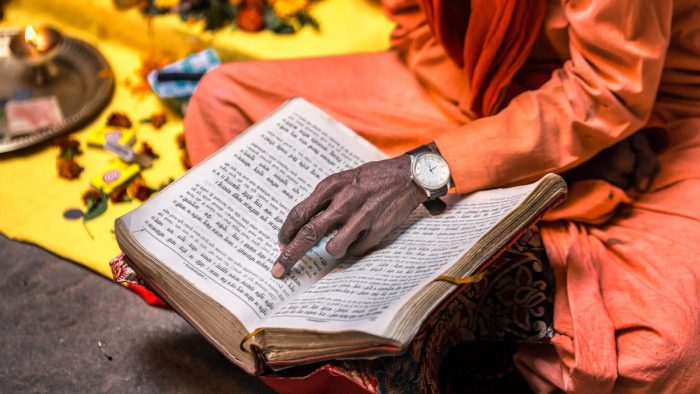 “Knowing yourself is the beginning of all wisdom,” said Aristotle. Indian philosophy deals with this quest for the Ultimate Truth – a truth not with objective certainty, but as one to develop our personality to attain wisdom and supreme bliss. The quest for knowledge beyond the ken of mundane existence led to the rise of different schools of philosophy, and Yoga is one among them. (The word ‘Yoga’, has many meanings, varying from literal to philosophical. It is derived from the root ‘yuj’ which cognates with the English words ‘yoke’, ‘unite’ or ‘harness’ in its most familiar sense.) Pāṇini in his Aṣṭādhyāyī has three connotations for the word ‘Yoga’ – ‘yuj’ ‘samādhau’, ‘yuj’ ‘samyamane’ and ‘yujir’ ‘yoge’.

As per Yogic texts, jīvātmā the individual soul is a facet of Paramātman, the substratum of the manifested universe. Yoga is the discipline by which one can clear the intellect, free the mind of its illusions so that the jīva can get united with the supreme soul, paramātman, jīva paramātmā aikyam. Śāṇḍilyopaniṣad details this concept.

Śāṇḍilyopaniṣad is known as one of the minor Upaniṣads among the 108 Upaniṣads listed under Muktikopaniṣad and belongs to Atharva Veda. It deals with Yoga and its achievements, mainly with the aim of attaining the state of Brahman, the final goal of human life.

Śāṇḍilyopaniṣad lays down two paths for the pursuit of unknown. Haṭha Yogic practices for those who have not attained internal development to adopt the exalted way and the study of Brahmavidyā namely reflection and contemplation on the real nature of Brahman for the exclusive adherents of supreme knowledge.

The Upaniṣad begins with sage Śāṇḍilya asking Atharvan to disclose the means to attain ātmalābha.

Atharvan then details a step by step process leading to the attainment of the Ultimate Truth; leading the jīva towards the paramātman and finally merging into it. 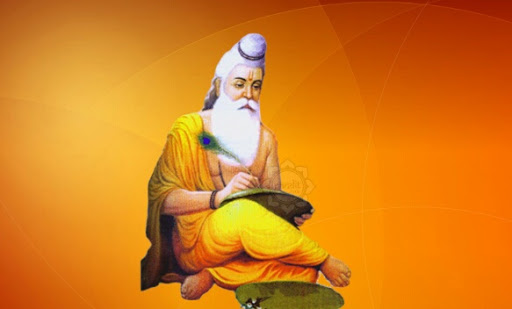 To begin with, one must practice the yamas, niyamas, and āsanas. For example, Śauca (cleanliness), expounded as one of the ten restraints (yama), includes both external and internal. The purity of mind is considered as the internal cleanliness, for attaining ātmavidyā.

While enunciating the niyamas, the emphasis is laid on the observances embedded in Veda and Vedānta as below:

The practice of āsanas or postures is prescribed for getting rid of all the toxins and diseases in the body. The Upaniṣad says that one who conquers the āsanas, conquers the three worlds. येनासनं विजितं जगत्त्रयं तेन विजितं भवति। 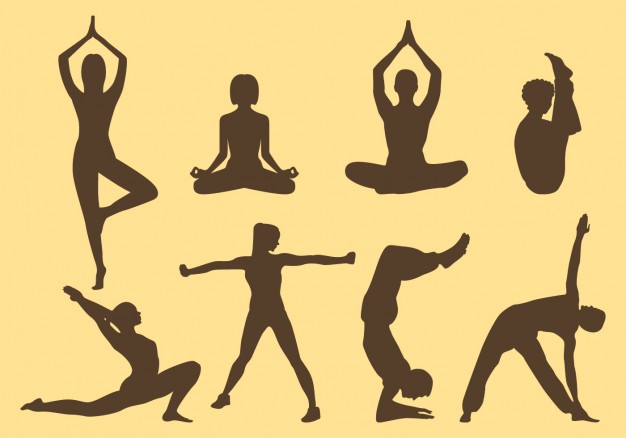 The next step after the practice of yama, niyama and āsana is Prānāyāma. This, Atharvan says purifies the nāḍīs. The importance of the nādī is highlighted when the suṣumnā nāḍī is connoted as mokṣa –mārga; mokṣa being the highest goal wherein the soul is liberated from all the bondages. Another Vedantic concept of centering one’s mind on an inward object while one’s eyes are looking outside without shutting antarlakṣyam bahirdṛṣtih, is revealed in the description of Vaiṣṇavī mudrā. Another mudrā called the Khecarī mudrā is attained when the Yogin turns his vision towards the interior with mind and prāṇa at repose. This brings about the state of unmanī, which causes the destruction of the mind. Prānāyāma is described as the union of prāṇa and apāna vāyus and its three varieties (recaka, pūraka and kumbhaka) correspond to the three characters of praṇava (akāra, ukāra, and makāra). Praṇava represents the sacred syllable Aum. Thus, the text assigns praṇava as prāṇāyāma. प्राणापानसमायोगः प्राणायामो भवति। Meditation on praṇava causes all beings to get merged in the Paramātman. 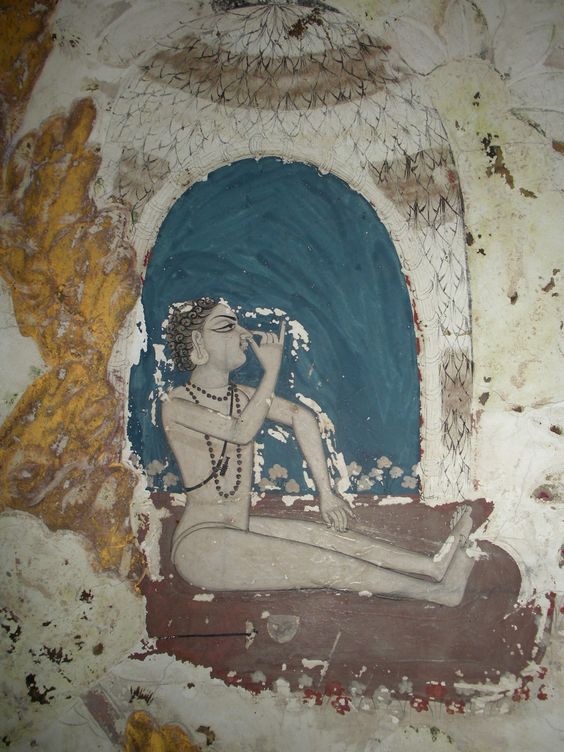 According to Vedānta jīva dwells in the heart. Śāṇḍilyopaniṣad says that jīva resides in the nābhi, revolving in the middle of a cakra with twelve spokes according to one’s merits and sins –

Same idea is found in Yogayājñavalkya and Gorakṣasamhita. The Bhagavad gītā describes jīva to be beyond puṇya and pāpa, and as eternal, all-pervading, stable, etc.

The mind plays an important role in the realization of the highest truth to the knowledge of mundane objects. When the mind loses its frivolity, it is dissolved. Śāṇḍilyopaniṣad states that dissolution of mind leads to kaivalya. ŚU(1.7.23)

Eulogizing the worship of Rudra, Viṣṇu, and other deities under Iśvarapūjana, the text, refers to other gods like Vināyaka, Sarasvatī, and Hanumān at different contexts. Sun, Moon, and pole-star are also termed important for the acquisition of various siddhis. While the worship of Rudra, Viṣṇu, and Vināyaka give a comprehensive account of religious practice, the terms Brahman and Paramātman are used to refer to the Ultimate God principle. This is akin to the Advaita school of philosophy. The text embodies both the saguṇa and nirguṇa aspects of Brahman. The terms anirdeśyatvam and the avāṅgmanasa–gocaratvam of non-qualified Brahman are described in the second chapter. The three forms of the formless Brahman are explained in the final chapter.

This Paramātman is the only God, wielding the principle power of Ātmaśakti. He knows all, he is the supreme lord, inner Ātman of all beings, abides in all beings, concealed in all beings, the origin of everything and can be reached by the practice of Yoga. He is also the one, who creates the universe, sustains it, and wherein the universe is dissolved into. ŚU (II.5)

Every being understands its respective world through its individual soul. One who understands this is bereft of grief and sorrow.

Sage Śāṇḍilya raises the doubt of how the universe is created, sustained, and resolved, when substratum, the Brahman is non-dual, imperishable, actionless, and auspicious existence. To this, Atharvan clarifies that the formless Brahman, without a counterpart has three aspects namely niṣkalam (part-less), sakalam (with parts), and sakalaniṣkalam (with parts and part-less). ŚU (III.1.3)

That which is actionless, without any impurity, omnipresent, extremely subtle, having faces in every direction, undefinable and immortal—that is His niṣkala aspect. The manifested Brahman exists with mūlaprakṛti, knowledge, and māyā  the illusion and partaking the colors of the tri–guṇas —red, black, and white. It co-exists with Maheśvara of black and brown color. ŚU (III.1.5)

Maheśvara, with avidyā, mūlaprakṛti or māyā that is red, white, and black, and that is co-existent with Him. This is his sakala–niṣkala aspect. The divisible Brahman who had outgrown His form due to penance replete with wisdom desired to multiply and bring forth progeny. The three letters, three vyāhṛtis, the three-footed Gāyatrī, the three Vedas, the trinity Gods, the three castes, sacrificial rites were all born out of him. 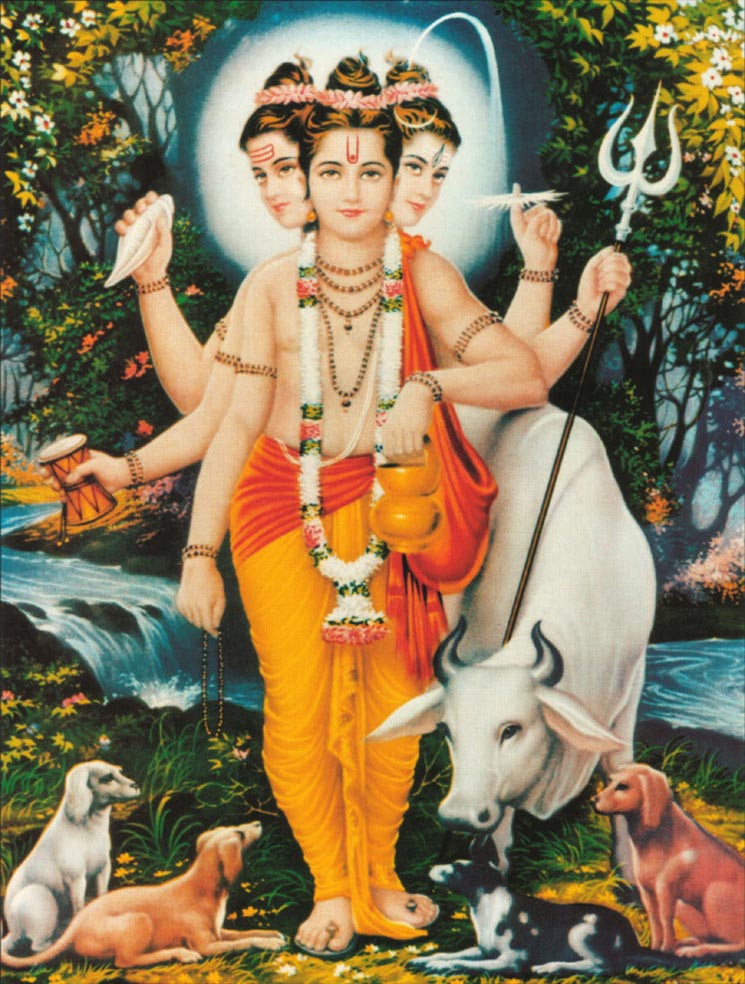 In the final section, Śāṇḍilya asks, if ‘that’ which is Sat only and the essence of the bliss of consciousness—why is He called Parabrahman? The Upaniṣad then gives various definitions for the absolute existence, the sanmatra (Paramātvatvam, atmatvam, maheśvaratvam, and dattatreyatvam) and the benefits of attaining this knowledge. It is known as Parabrahman because it grows and causes all other things to grow. It is known as atman for the reason that it consumes everything that is attained and begotten. SU (III.2.2)

The name Maheśvara is obtained due to its nature of growing enormously big. SU (III.2.6). He is called Maheśvara (the great Lord) since by the sound of the words Mahat–Īśa (the great Lord) and by His own power, the great Lord governs everything. Pleased with the penance of sage Atri, for wanting a son, the absolute gave himself (datta) and was born as the son of Atri and Anasūyā. Hence, He came to be known as Dattātreya. SU (III.2.8). Brahman is realized when one meditates on this with the attitude “I am He”. SU (III.2.10)

After the description of different attributes of absolute consciousness, the Upaniṣad concludes with a verse on the Paramātman, here identified with Dattātreya whose nature and physique are portrayed. SU (III.2.11). One who meditates always on this Lord of Lords, as Dattātreya, will get released from all sins and attain beatific bliss.

Thus, we have seen that Śāṇḍilyopaniṣad is a text on practices of aṣtāṅga yoga, interwoven with tenets of philosophy thereby paving an exalted way of realization of the Absolute Truth for the ardent adherents.