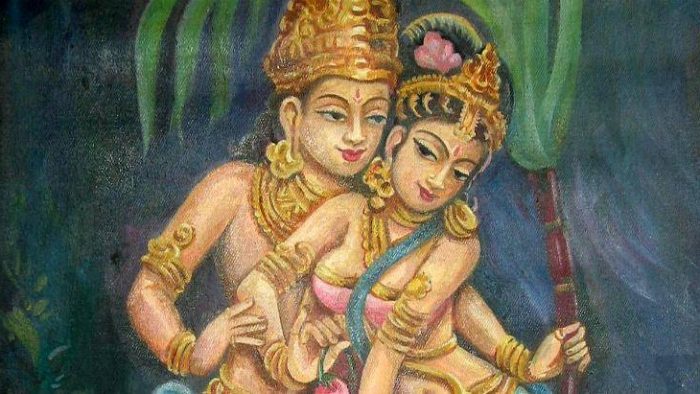 In this piece, the antiquity of Kamasutra and Vatsyayana is presented based on available literary and historical sources.

The reference of Satavahan king Kuntal Shatakarni [1] in the text is one of the determining factors in establishing the earliest date of Kamasutra. Here Vatsyayana has narrated that Kuntal killed his own wife during the lovemaking.

After the decline of Maurya rule, Satavahan dynasty was prominent in Deccan (Modern Andhra Pradesh, Telangana, Maharashtra) and Kuntal was one of the kings in this dynasty. Satavahanas have many branches and Kuntal was from one of these branches whose period could be around 1st Century BCE [2].

Subandhu (Around 5th Century CE) in his work Vasavadatta refers to Kamasutra as the text of romance [4].

Evidence Within The Text:

In the Kamasutra text itself, many places, we find the quote “इति वात्स्यायनः”. This quote comes whenever Vatsyayana has provided critical clarification or his own view. This is irrefutable evidence that establishes the direct link of Vatsyayana as the author of Kamasutra.

Reference In Other Literature:

In Vishnusharma’s panchatantram, in one story, Vatsyayana name comes twice in relation to kama [1] It is to be noted that the earliest date of panchatantra is around 2nd Century BCE only. It means, this is the earliest reference of Vatsyayana in other literature. Probably, both the texts are contemporary.

Another evidence is found from kuttanimatam (shambalimatam), work of Damodara (8th Century CE), where Vatsyayana is referred to as the author of Kamasutra [8].

Kshemendra (11th Century), in the court of King of Kashmir, wrote a summary of Kamasutra as vatsyayanasutrasara which is now lost [9] As the title suggests, Vatsyayana has been referred with Kamasutra.

Ratirahasya of Kokkaka (12th Century) is another important text in the tradition of Kamashastra. There also we find the reference of Vatsyayana [10].

Subandhu (5th Century CE) in his work Vasavadatta, refers Mallanaga as the author of Kamasutra [11].

Yashodhar (13th Century), commentator of Kamasutra in the famous commentary – Jayamangala, says both the names – Vatsyayana and Mallanaga are of one person only. He stats that Vatsyayana was his family name while Mallanaga was the name given to him after his ritual [12].

In Brahmand Puraan, Sage Agastya referred Vatsyayana as a Siddha [13]. From the evidence mentioned above, it is clear that Vatsyayana is an ancient figure and also an author of Kamasutra. Much later on, he is referred to as Mallanaga in other sources. Both are the same person only.

Bhagwanlal Indraji was a known Sanskrit scholar and one of the finest archaeologists of India from the 19th Century. He was master in making transcripts from several Inscriptions and Manuscripts. He was also instrumental in creating the transcript of Kamasutra from the Manuscripts he collected from Varanasi, Kolkata, and Jaipur. All these Manuscripts were of the 17th and 18th centuries.

As of today, Manuscript earlier than 17th Century might not be available but reference of early Manuscripts of Kamasutra can be traced back to 13th Century and even earlier times.

George Buhler has stated that King of Gujarat, Chaulukya-Vaghela Visaldeva (1242-1262 CE), was having the Sanskrit Manuscript of Kamasutra in his library at Patan which he supplied to Yashodhar. This is the same Yashodhar who then wrote the famous commentary Jayamangala [14] DC Sircar and Winternitz [13] also agree to this. DC Sircar gives more information for this Manuscript.

King of Gujarat, Chaulukya Siddharaj Jayasimha (1094-1144 CE), conquered Malwa (In Madhya Pradesh) and brought many texts and Manuscripts from the library of King Bhoja (1010-1055 CE) to Patan (The then capital of Gujarat) [16]

It is to be noted that the predecessor of Bhoja, Vakpati Munja (Around 970-995 CE), was not only a great patron of literature but also a literary genius himself. It is very much possible that the availability of Manuscript in the library of Malwa was, in fact, due to Munja’s patronage. Thus, the Manuscript of Kamasutra can be traced back to the 10th Century CE.

In short, at least one Manuscript of Kamasutra was available in the 10th Century in Malwa which was then transferred to Gujarat and later on used by Yashodhar, in the 13th Century, to write his famous commentary Jayamangala.

Clear evidence of Vatsyayana and reference of Kamasutra is available in a 9th Century Inscription from Cambodia, a country in South East Asia. This Inscription is related to King Yashovarman (889-910 CE) [17].

The inscription is labeled as 62(D) under the name of “Six Thnal Baray Stele
Inscriptions of Yashovarman” [18] It is found from the dry bed called Eastern Baray.

This Inscription has 108 verses (216 lines) in the Sanskrit language. In the 82nd verse, upajati meter, three words are found – Vatsyayana, kusumaastratantra, and samprayoga [19] The last word. samprayoga denotes one chapter of Kamasutra text while another word kusumaastratantra can be understood as Kusuma-astra-tantra (Treatise/work of Him whose weapon is a flower).

It is a well-known fact that flower is the weapon of Kamadeva so kusumaastratantra is referring to Kamasutra.

Based on literary and historical evidence presented in this paper, we can arrive to the following conclusions:

1. Kamasutra is indeed an ancient text whose antiquity is traced back to 2nd BCE which is immediately after the Maurya era. As per Puranic reference, it can be dated to 7th
Century BCE too.
2. Literary sources referring to Kamasutra are well known, popular and composed by respected and famous personalities.
3. Vatsyayana and Mallanaga both are same person.
4. Manuscripts and Inscription – both historical sources suggest that Kamasutra was always part of royal libraries and it was being studied and understood by traditionalists as well as kings.
5. The inscription found from Cambodia suggests that Kamasutra and Vatsyayana were famous and respectable in geographies out of India too.