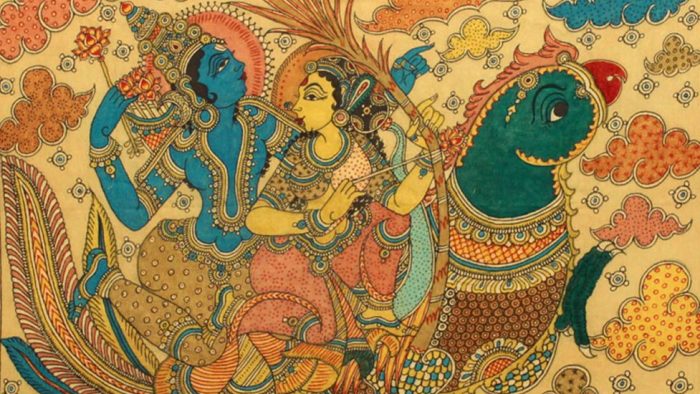 The base of Kamashastram is Dharma and its objective is governance of society. Limited and lawful Kama brings stability, peace, and protection in society. It also curbs illicit adultery as well as corruption while the unlimited Kama results in the degradation of a person, then family and then entire society, leading to pain, sorrow, and disorder.

In Bharatiya Civilization, human life has been divided among four Purusharthas – Dharma, Artha, Kama, and Moksha. The Kama is the third while Moksha is the last and ultimate goal of life. To understand Dharma, the study of Dharmashastra texts is required. For Artha, Arthashastram, and for Moksha, scriptures related to Moksha are required to be studied. In the same way, to understand and to practice the Kama properly, the study of Kamashastram is essential. In this paper, the following points are discussed in detail:

The aim of this paper is to make readers aware of the place of Kama in Bharatiya scriptures and culture along with the message of Kamashastram. I hope after reading this paper, people will understand the role of Kamasutram and will try to read it with an open mind.

Kama – Origin, And Place in Scriptures

“कम् – कान्तौ” is the root for word Kama. Word Kama means desire Desire and attraction together is the root of this entire universe. Science has proved that every substance in this world attracts another substance so this Kama is in the root of every substance too. Amarkosha, a lexicon of Sanskrit, places the Kama under the category of Mental feeling. In Rigveda, Kama is equated with the seed of mind.

According to Vatsyayan in his work Kamasutram, when five senses of knowledge (Ear, Skin, Eye, Tongue, Nose) get in action in their respective subjects (Shabda, Sparsha, Roopa, Rasa, Gandha respectively), in proper form, it is called the Kama. Here, Vatsyayan is very clear in defining the Kama. He doesn’t equate the Kama with physical pleasure alone and by definition, it is very clear that the Kama is not limited to lust. 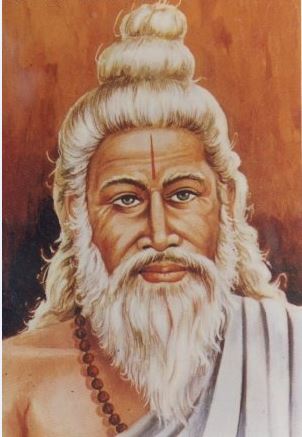 There are two types of Kama – Normal and Divine. Normal one contains mainly desires including pleasure while divine one contains a desire to do great deeds and at times desires of deities as well.

The reason of the creation of this universe is the Kama as per Rigveda which means the emergence of Kama is divine. To fulfill the earthly purposes, humans take birth by this Kama. The same has been said in Upanishad too.

In Pauranik literature and in classical literature (Literature of Kalidas, Maagh, etc.), Kama attains statue of a deity and also finds a place in Natyashastram. The Kama finds space in Hindu sculptures and architecture. In four Purusharthas, Kama finds place just before Moksha which shows the utility and importance of Kama before a normal person can concentrate on Moksha.

As per the rules of Sanskrit grammar, word Artha should come first among these four Purusharthas but the order is Dharma, Artha, Kama, Moksha because this order has been decided based on the utility of each of them, at various stages in life, from birth to death. It means the ultimate goal of human life is definitely Moksha but not by overlooking the utility of Kama. So, Kama is ultimately a supporting tool for a normal human to reach Moksha and not an obstacle to it.

There are sixteen traditional Samskaras (Ceremonies) in Bharatiya society which is rooted in the scriptures. Among them are Garbhadhan, Pumsavan, and Vivah in which the importance of Kama can be seen.

Garbhadhan Samskara – The normal meaning of Garbhadhan is “planting of the root of the progeny in the fetus of Dharmapatni (Wife)”. Progeny born out of this root is considered legitimate. With this child, Dharma, Artha, and other acts of parents are attached. These activities performed under Grihasthashrama (Second of the four Ashramas) by parents help them to advance in further Aashramas and ultimately to Moksha.

Pumsavan Samskara – Generally, this ceremony is performed after the third or fourth month of pregnancy to obtain the best and healthy child. Here too, Kama plays a role in the form of Kamana (Desire) for the best child. This ceremony is scriptural in nature and performed accordingly.

Vivah Samskara – Term Vivah is understood as a “Marriage Ceremony” in non-Bharatiya traditions. Among all four Aasharmas, prime importance is given to Grihasthashrama and it is termed as the base for all other Aasharmas.  Same way, Vivah is termed as the prime Samskara among all in Grihasthashrama. Vivah is called a Yajna (यज्ञ) in Vaidik literature. One of the main objectives of Vivah is to obtain progeny for which the conduct of the Kama rooted in Dharma is vital.

Here, an understanding of two common terms is essential – Kama and Yauna (यौन).

Conclusion – The meaning of Kama is not only limited to physical pleasure or lust. Divine Kama, narrated in Vaidika Shastras, is a reason for the creation of both – the universe and all beings and attains the status of a deity in Pauranik literature. Further, it finds a proper place in classical literature as well as in art forms. Thus, it also has a positive place in all aspects of human society. The Kama has been understood as the complementing factor for the other three Purusharthas and also given prime importance in sixteen ceremonial rites in Bharatiya culture. Thus, it is clear that the Kama rooted in Dharma was always an important facet of our society.

Concept of Kamashastram is found in विवाह प्रकरण सूक्तम् of Atharvaveda where Agni Devata is worshipped and invoked to give good progeny to the bride. In the same hymn, in one of the verses, daughter of Sun deity (सूर्यपुत्री) is told to go to bed with the husband, keeping peaceful and pleasant mind, to produce the best child.

Thus, the root of Kamashastram is found in Vaidika literature which gets expanded in the texts of the later period.

We have already seen by now that the Kama has to be rooted in Dharma. Now some questions that arise are –

To know all these questions and for clarification of such doubts, the availability of scripture (Shastram) is vital. Purpose of Kamashastram is this only – To eliminate doubts and answer such questions to common people.

Now comes the basic question – What is Shastram? शास्ति च त्रायते च इति शास्त्रम् – It is a tool which provides lawful administration/arrangement and also provides protection to the people. Limited and lawful Kama brings stability, peace, and protection in society. It also curbs illicit adultery as well as corruption while the unlimited Kama results in the degradation of a person, then family and then entire society, leading to pain, sorrow, and disorder. Arjuna echoes the same in Bhagvadgeeta – Kama rooted in Adharma yields mixed progeny which destroys first Kula, then Jati, and then the entire society.

The oldest available scripture we have today on the Kama is Kamasutram whose author is Vatsyayan. Who was this Vatsyayan and why he authored this text?

As per scholars, Vatsyayan is an indicative name of a person born in the Vatsa Gotra – वत्सस्य गोत्रापत्यम् वात्स्यायनम्. It means Vatsyayan may not be the real name of the author of this scripture. In his work Vasavadatta, Sanskrit writer Subandhu mentions Mallanaga as the author of Kamasutram. The same name has been given by the famous commentator Yashodhara in his commentary work on Kamasutram. Thus, the evidences of Vatsyayan being Mallanaga is available. There is one more Vatsyayan who wrote the commentary on Nyaya. According to scholars, both of these are the same person only. In Kamasutram, the author has provided his views by writing “इति वात्स्यायनः” which is why the name Vatsyayan has become famous as the author of Kamasutram.

The mention of Kamasutram has been found in Subandhu’s Vasavadatta and Bharat-Muni’s Natyashastram. In classical Sanskrit literature (Works of Kalidasa and others), the influence of Kamasutram and Kama has been observed. Thus, Kamasutram is not only a Shastra but also has an important proper place in literature.

In the initial aphorisms, Vatsyayan has given exposition on how Kamasutram gets composed.

Afterward, Shwetaketu, the son of Aaruni Uddalak condensed it to 500 chapters. This might be the same Shwetaketu who established the tradition of Vivaha in Bharatiya civilization. Babhravya, Son of Babhru, further condensed it in 150 chapters with 7 sections. Then, various authors had picked up different sections and composed their own analyses for different segments of society. With this, the knowledge of the Shastra got scattered and in a later period perhaps had become mostly extinct as well.

Then, to revive the tradition of Kamashastram, Vatsyayan, by studying the scattered and almost extinct portions of all seven sections of the work of Babhravya, composed one text which has conciseness as well as completeness. It is to be noted that from Nandi to Vatsyayan, the name of this text remains Kamasutram only.

The tradition of Literature in Kamashastram

There is a huge corpus of literature in Kamashastram that was composed after Vatsyayan, and all of them have the Kamasutram as their base. Some reference literature has been given below as part of the long tradition of literature in different time periods.

Vatsyayan has provided several interesting pointers in the final chapter of his text about how to approach the text, its purpose, and its utility. The irony is, this message is generally ignored or never read by people. He notes:

1] Kamasutram has been composed by Vatsyayan by carefully studying various previous versions and by applying his own intellect to make it complete.

2] Whoever will study and know Kamasutram, will definitely act keeping Dharma, Artha, Kama, trust, and prevalent social scenarios in mind but will not act out of lust or other such force.

3] There are of course mentions of some extremely athletic positions and bizarre acts but they are merely prevalent customs of certain sections of society at certain specific regions at that time. Owing to these practices not being rooted in Dharma they are either advised against being practiced or at times out-rightly rejected.

4] The Composition of Kamasutram is a result of a lot of meditation and Brahmacharya to keep the social order and practices in the proper place so one should not understand that it is written only to fulfill the sensual desire.

5] Whoever will understand the essence of Kamasutram, will become Jitendriya (Conqueror of senses).

In the last and final aphorism, Vatsyayan has made it very clear that whoever will read this scripture keeping sensual pleasure alone in mind will never gain anything out of it but the one who will study it with Vivek (Wisdom) will receive the nectar.

In short, the scope of the text is not limited to enunciating sexual positions alone but is actually aimed at providing a nuanced and enriching understanding of man-woman relationship such that a harmonious society could be established.

I will complete this paper with one aphorism provided by Vatsyayan:

Kamasutram is the perfect tool to make the marriage life complete.