Indic-Uvacha: Purushartha As A Framework For Decision Making In International Relations Conflicts 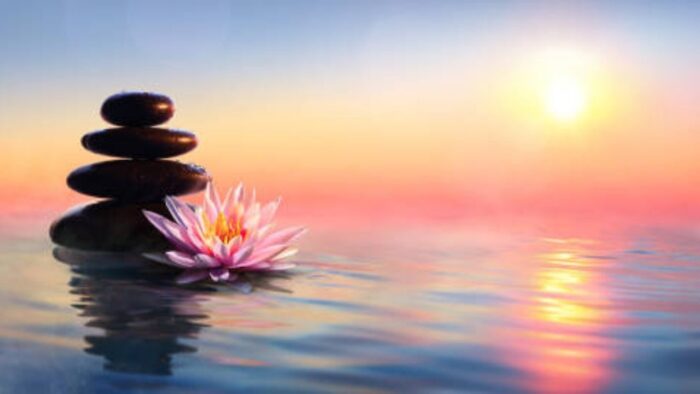 Bharateeya Parampara prescribes the pursuit of Purushartha for an individual. One must secure one’s needs and fulfil desires but within the limits set by Dharma and in the pursuit of Moksha. Thus, Dharma-Artha-Kama-Moksha, the Chaturvidha Purushartha, becomes the guiding light for one’s journey in the Martyaloka. This pursuit is spread over multiple Janma-s until one achieves the ultimate goal of Moksha. For many millennia, this pursuit has shaped our material and spiritual lives.

The impact of this framework on one’s actions in one’s individual life is easily understood. However, the very same framework has shaped many dimensions of our civilization beyond the individual. Society is organized as communities for individuals to pursue their Purushartha. The Polity is entrusted with the responsibility of protecting the communities and their order for the same very reason. Thus, every single intellectual thought in the realm of the Community and the Polity has the ultimate purpose of enabling the pursuit of the Purushartha. This Community and Polity dimension of the Purushartha is so fundamental and was so obvious to our ancients that they did not find it necessary to emphasize explicitly and often. This dimension is often missed by the modern Indian who is cut off from their roots and needs explicit textual references for everything in good number. However, explaining the mistakes of past/present scholarship can only go that far. The real work is to reimagine the Purushartha – both in the individual and in the Institutional realm – in our life today, where we are living in a hybrid world of modern realities and traditional realities flowing from the past.

Let us take an extreme case – one that is burning today. Can we apply the Purushartha framework in an ‘International Relations (IR)’ conflict – for instance, the ongoing Ukraine-Russian war? Can the Purushartha framework help us create knowledge that leads to more effective decisions? Can the framework even define what an effective decision means in this context? This article is an attempt to explore this application dimension of the Purushartha. The article does not propose to make specific recommendations in terms of actions. That requires knowledge of all variables and their dynamics of IR and current context – which is beyond the scope of this article. The purpose is to demonstrate how to apply the framework Purushartha to think about a Problem Statement within a domain and organize information/variables in it, so that an effective decision can be made. In a generalized sense, this is to position Purushartha as a decision-enabling intellectual framework to guide a modern institution to engage with the external world.

What does Artha mean in an IR context

Artha refers to all that enables us to survive, exist and pursue Dharma. This refers to all aspects of material life whose diminishment creates an existential crisis and everything that is necessary for us to perform the basic function defined for us in the Dharmic universe. For instance, in the context of our Governments, if they are not in a position to protect the Fundamental Rights of Citizens that is a hit on the very Artha of the State – in the context of our current Constitution. This inability may be the consequence of insufficient security instruments, infrastructure, wealth and anything else. They are all enablers. Eventually, it is the ability to perform a defined function to protect Dharma.

From the Indian standpoint, How do we apply this in the context of the Ukraine-Russia war? Three Points:

For instance, in the Russia-Ukraine Conflict, our S400 Missiles are non-negotiable Artha-Interests as our Security will be severely compromised given the threats posed by some of our adversaries. Any variable hurting that is a concern for us.

Such a list will then set a basic limit to our actions. The guiding principles are

That still leaves one complex problem to be solved? What if the protection of one Artha-Interest results in another to be significantly compromised? The real world will be very complex and we will need all our Artha interests to be represented as a Complex Graph of Relationships to be managed.

What does Kama mean in an IR context

In the context of International Relations/Conflicts, they could mean furthering our ability to influence certain aspects of International Politics. We may want to influence International Trade, reign supreme in a region, seek a greater authority in resolving International Conflicts, wield a Veto in certain matters, create a new friend country who could come to our help in future and so on. These are experiences that matter to us but may or may not be valued by other nations. They create a sense of purpose, excitement, authority for us as a nation, society and people but may mean nothing to others. The Purushartha framework clearly encourages fulfilment of our desires, although it does not seek continuous creation of such desires. Once there is a desire, it ought to be fulfilled. There will never be a situation where there are no desires, hence we must seek it.

However, it is important that Artha creates the Security and Power to fulfil these desires in addition to taking care of existential concerns.

Our diplomats would be wondering, by assuming a neutral position in this conflict, can we get something more from Russia? Which desire of ours can be fulfilled? By partaking in Relief Operations in Ukraine, can we build new Relationships with Ukraine and neighbouring countries such as Poland and increase our influence in Baltic nations? Is there any other country worried like us similarly? Is there a partnership possible with them to increase our influence in the region?

What does Dharma mean in an IR context

However, all this requires a lot more Artha – the Intellectual Artha, the material Artha, the Artha of relationships, the Artha of Political Instruments and so on. Unless one has pro-actively invested in this, one cannot hope to perform this role. Of course, if your fundamental Artha-Interests of Existence are not met, there is very less scope to jump into these positions. However, one should not lose sight of big-leaps either.

What does Moksha mean in an IR context

One always understood what Moksha was for an individual. What then could it be for an entire Universe? For a nation, this could mean an absolute inner strength that does not seek the accumulation of threatening power. On the other side, it also means not accumulating suffering through insecurity. This quotient can never be an Absolute Zero in material terms but lesser the accumulation of power that threatens others greater the Liberated state of the nation and the universe.

The pursuit and possession of all instruments that pro-actively drives other nations towards reducing such accumulation of power is the Moksha dimension. It is a sense of being Liberated from seeking threatening power or accumulating suffering through inferiority. This does not mean you do not accumulate power – you accumulate it for the pursuit of your Artha, Kama however it must not threaten others.

To be precise, do we have the power to make some nations pull back on their ideological indulgences that drive conflicts elsewhere? Do we have the power to create negotiating instruments for the smaller nations to engage themselves with the larger nations without the latter seeking to override. Once again, this requires immense intellectual and material Instruments of Artha.

At this Point, it is crystal clear that India has enough strengths and instruments only in Protecting our own Artha. We may fulfil some Kama of ours through our relief operations. I wish we had some opportunities in Kama to create instruments against some of our critical adversaries. But unfortunately we do not seem to. We may stick to Artha and a little minor Kama. A 5000 years old Civilization should be getting into Dharma upholding and Moksha creating spaces. But, we are still building our Artha and there is a long time before we get there. We certainly have made some progress on this front in the last 10 years.

But more importantly, Purushartha is an effective framework in these situations. It is a universal framework to think of one’s own interest and the good of everybody. True one for Sarve Janah Sukhino Bhavantu! Philosophically India should be guided by the Framework of “Purushartha” in the Foreign Policy in general and situations such as Ukraine-Russia conflict in particular.  A few starting points could be

Certainly a long way to go but Purushartha shows the way.