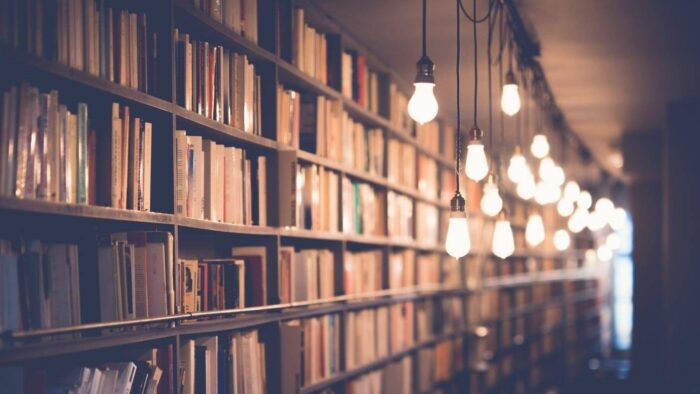 In our encounter with the Modern West, starting from the colonial era, we have entered into a special arena of clashes. We abstract them as civilizational clashes. In specific terms, they are a collection of intellectual clashes that also translate into the ground organization and performance clash. This leads to the following possibilities.

We are in the second state currently and hope to reach third in many of these clashes. One such clash is that of the Modern Historical Sense vis-à-vis our Itihasa-Purana.

The Question is why is there a clash? We can find an answer to this by exploring a different question – How do we read our Itihasa-Puranas?

We often refer to our Itihasa-Puranas in the same vein. The two are not exactly the same, but they are twins. They overlap each other significantly but they do have some exclusive areas. However, for the purpose of this article, we shall consider them together.

The first question to address towards understanding the nature of Itihasa-Purana is ‘Are they Histories’? I.e., are they overarchingly histories? Is the primary purpose of Itihasa-Purana to create and hand over History to generations consisting of a linear organization of time?

To this, the answer has to be a resounding ‘No’. Reading them as History results in two problems:

A. It severely reduces the overall Scope of Itihasa-Puranas. We will cheat ourselves by losing the primary purpose they have served.

B. It will push us into an endless loop of material evidence search and proof construction. There is no guarantee that we will ever land on corresponding archaeological or other corroborating evidence.

This raises a related question – Don’t they have anything to offer in the dimension of History? They do. However, extracting historical evidence from Itihasa-Purana requires a different kind of discipline. Historical information is dissolved into Civilizational narratives. The latter are also part of an overall architecture presenting the Philosophical complex. We are yet to evolve a methodology to extract historical information and narrative from the Itihasa-Puranas. There are three reasons why academically sound historical narratives have not yet emerged from them.

A. The Western Indological road-roller has already rolled and unleashed its own narrative. Our own texts have been used selectively to assault our Tradition.

C. At the other end, we have developed the tendency to look at everything in the Itihasa-Purana as absolute History, making it quite easy for the road-roller to flatten.

B and C makes A further thrive and repeat it multiple times.

Itihasa-Purana does contain historical information. At places it is directly present. Elsewhere it is melted, moulded and re-formed into metaphors (not symbols) of far reaching consequence for Knowledge. Our Itihasa-Puranas are rich in lineages, critical moments in history, socio-political-cultural organization of life, evolution of thought, civilizational narrative covering multiple levels of history and so on. They are not just not there as just this. They are serving other important purposes of philosophy and thought. Just that, History is not its primary purpose.

Nevertheless, if History is not the primary purpose of Itihasa-Purana, then what else is it? Itihasa-Puranas are fundamentally about the following aspects of our Parampara.

Further, the above three are uniquely accessible both by the Individual and the Community. This dimension is very unique to the polytheist worlds where Communities played a key role.

The Itihasa-s and the Purana-s differ in two ways – in their forms and in the way they are accessible by the Individual and the Community. The Itihasa-s are a universe of complex narratives woven into one larger narrative. Even a knowledge framework is either transformed into a metaphoric narrative or is subservient within a narrative. The Puranas, on the contrary, are a compendium of narratives and knowledge frameworks. The way Individuals and Communities access them are also different. Itihasa-s are part of a universal community curriculum of practice (parayana), scholarship, art and literature. The Puranas are far more consultative and special occasion instruments. Even within different Puranas, there is a marked difference between – say Agni Purana and Brahmanda Purana.

Itihasa-Puranas contain Knowledge about every aspect of life. The difference is in the way they are organized and presented. They contain four kinds of knowledge:

Each Itihasa Purana covers this in a different way with different emphasis. Brahmanda and Brahmavaivarta cover cosmology to a greater extent, while Agni Purana is more Civilizational and Encyclopaedic. Ramayana appeals to the individual more strongly than Mahabharata.

This also means that we cannot read all parts of our Itihasa-Purana in a singular paradigm. Just as they are a narrative of narratives, they are a paradigm of paradigms. When they present an exposition of the Purusharthas or indulge in Encyclopaedic detailing of material reality or conceptual frameworks – we can read them literally; and draw Knowledge.

When they let themselves fly in the Cosmological or Civilizational narration we stand to lose enormously if we use the literal reading instrument. We ought to wear that hat of the Metaphor and look deep into the sky in a meditative state. Where do we find evidence for such metaphoric reading – innumerable treatises of great Acharyas of this millennium? We can find this in the discourses of the traditional Acharyas even in the 20th Century.

The Performance of the Knowledge

An aspect of Bharateeya Parampara is that all knowledge is Performative in nature as opposed to being exploratory. The primary purpose of our Knowledge is to aid the Individual in the Purushartha-Sadhana and the community to build an ecosystem where the Individual can pursue the same. In the process if it must explain a part of the physical world, so be it! Otherwise, independently our texts are not interested in explaining the world for the sake of it. This essential difference is brought out very well by Dr. SN Balagangadhara in his “Heathen in his Blindness”.

The Itihasa-Purana presents Knowledge for performance in three dimensions

To reiterate, the above works differently for the individual and the community.

The Text as a Civilizational Pedagogy

The Pedagogical dimension of Itihasa-Purana is a consequence of how knowledge is organised in these texts, and all practises built around them. This organization itself is very unique and designed for Communities to pursue their Purushartha. New Puranas have emerged when new Communities have been formed. The Maha-Puranas have remained the same. Other Puranas have emerged for the very same purpose but in specific contexts. The Composition of a Purana is a function of a critical need of a set of Communities in a Kaala, Desha, Vartamana. They indulge in both the Temporal and the Universal. The Ones that contain the Universal to a greater extent have lived through for a longer time. Their longevity is a function of continued scholarly indulgence and community practice, in iterations. The temporal Puranas, such as the ‘Sthala-Purana’, held smaller communities (like the Village Community together) around a rally point such as a deity. They played a great role in groups of communities dissolving their identities and building interfaces with other communities for a healthy pursuit of the Purushartha.

The Civilizational Challenge in front us

The real question is  – Are we reading our Itihasa-Purana right? It appears that assaults of Thought-Paradigms from all over are forcing us to abandon the way we built and used our texts. On one hand, we are losing the ability to recognize the Community and Cosmological dimensions of our texts. We are reading a lot more from the Individual dimension. Even though we access the Civilizational dimension of our texts, when we do so only from the Individual dimension it severely reduces what is accessible. It is the Community practice around the texts that truly shaped our Civilization as a different one. As we embark upon a journey thrust on us by the West, the individualized journey, it will be a great challenge for us to retain the Community dimension of it.

Naturally, Modern ways have crept in. There is a risk of succumbing to Modern pressures and read them from the Modern scholarly tradition only. Modern paradigm is too powerful and it would be foolish to avoid that. Our Challenge is to make every dimension of our Puranas equally accessible from the Modern paradigms – the Individual in the Explanatory Paradigm rather than the Community in the Performance Paradigm. We ought to play the former game and build paths to reach the latter through the same. In summary, we have to represent every dimension of our Itihasa-Purana in the Modern scholarly tradition.

This is possible only when we explore them as Complete Knowledge Systems and Pedagogical Systems for both the Individual and the Community. Looking at them as Knowledge Systems will release them from the tyranny of reading from singular views/purposes/methods only.