What Are We? A Contemplation on the Hindu Identity – Part I 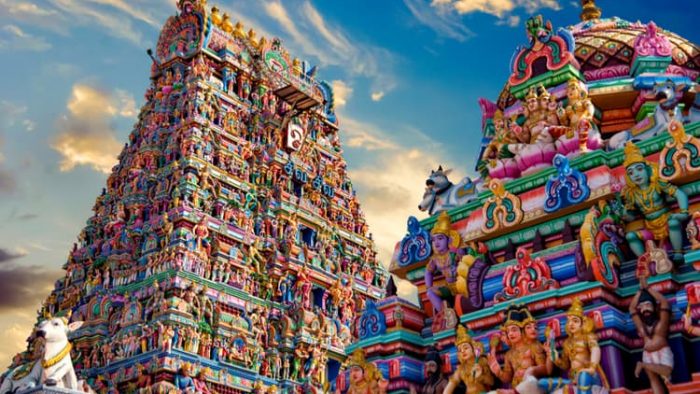 When we say that the Hindu tradition stresses on empiricism, it must not be misunderstood as being a materialistic tradition. Quite the contrary. It seeks to go deeper, wants to discover what lies under the skin of the mere material.

What makes us Hindu? What makes us different from, say, a Christian or a Jewish community? Are we even a single monolithic community, capable of being identified by one or more unique traits? These are questions which are – for good reasons – nagging Hindus across the world particularly at this moment in history; a history which, when looked at from an essentially Hindu perspective, definitely keeps repeating itself.

Ours is a very old tradition, a trait that we share with other ancient peoples of the world, like the Chinese and the Persian. But, thank God, unlike the Chinese or the Persian, we Hindus have been much more successful at retaining our traditional knowledge, our social customs, and most importantly, the worship of our old gods. In being able to do this last bit, we have beaten every single ancient civilization of the world – the Babylonians, the Greeks, the Romans, the Norse – you just have to name it, and it would invariably be found that we have outgrown that civilization by at least a thousand years, continuing our ancient ways right into the heart of the twenty-first century of microprocessors, of nanotechnology, and of highly ambitious interplanetary manned space expeditions.

And all this while, many of us have been worshipping our gods with the same – if not more – reverence and pride. Yes, pride it is, there can be no mistake about it – it appears as if we have been chosen by Providence to carry the legacy of our great ancestors forward, to keep singing and chanting the mysterious tunes conceived by the first civilized, enlightened Man as He came to fathom the mystery of His existence and the existence of the universe, right up to the very moment when all of the Abrahamic, monotheistic West has grudgingly conceded ground to the advancing chaos of time – declaring that history has come to an end – and perhaps even beyond that moment.

Let us see who we really are. To understand that, we may resort to the ancient logical technique of inferring through negation that our ancestors had carefully developed and applied to come to an understanding of That What Is Real. Following this technique, we will have to first see what we are not. When all such possibilities, which we could have been, but in reality which we are not, are eliminated, we will declare ourselves to be that which remains.

Ours is not a faith-based tradition. That is to say, faith is not central to the preservation of our ancient ways. This is diametrically opposite to the case of faith-based Abrahamic traditions, where questioning a few central tenets of each of the religions of Judaism, Christianity and Islam implies questioning the tradition itself, which will seriously destabilize the religion, leaving those who believe in that religion practically orphaned, deeply shaken to their very core, with no firm ground to stand upon in times of severe personal and spiritual crisis. By contrast, it is not enough that one may only try and test the very core of the Hindu tradition by applying logic and reason, in fact, everyone who wishes to live life the Hindu way must experience the truth of Hindu Dharma in order to fulfill the ultimate goal of her life, which is but Moksha, liberation from all bondages through a proper realization of the Self.

Ours is not a tradition where a deity or a single overarching God or Godlike figure holds a central position. Our tradition is more anthropocentric, i.e. centered around man, which is why it is absolutely essential that the unenlightened Self, which is yet to realize its true nature, must be born as a human being in order to attain Moksha. Adi Shankara has outlined the three necessary conditions to be fulfilled in order to attain Moksha as manuṣyatva, mumukṣutva, and mahāpuruṣasaṁśraya – and the very first of these three is the requirement of possessing the human form.

Ours is not a speculative tradition. On the contrary, it is very empirical, stressing on the need of attaining first-hand, sensory (or super-sensory) experience of the Ultimate, alternatively known as the Brahman. Our Hindu tradition invites every individual to see the truth of existence for himself. All the external customs, rituals, and such paraphernalia are placed before the individual so that he can prepare his mind, body, and intellect for experiencing the truth, and to contain it within himself, to live it.

In this regard, our Hindu tradition puts forth empiricism of the best kind before us, something which does not reject rationalism but keeps direct experience above reason. This may seem contradictory at first, but it is not. Upon introspection, we can understand how and why sometimes our sense perception and experience might defy reason. True, our senses can sometimes play tricks on us, but only as long as they lack the required training to perceive things in their true light. This is achieved by specific disciplines within the Hindu tradition, such as Raja-Yoga. In Raja-Yoga, the human body is treated as a laboratory as well as the tools to be used for scientific experiments done with and within the body, with the express goal of understanding the true nature of one’s existence, and, by extension, of all existence. After all, one cannot claim to know anything with any shred of authority as long as they do not know what it is that knows, and what knowing really is. But when they are clear on these two concepts, when the trio of knower-knowledge-knowable is fully understood and integrated into one’s consciousness, one is ready to know anything and everything. It is only after achieving such integration that one’s knowledge is full – but until that moment all knowledge is incomplete, all-knowing is only superficial. 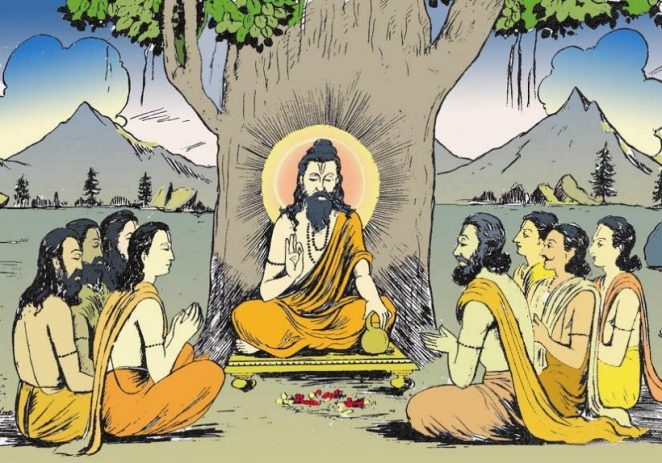 The Hindu tradition does not remain satisfied with the superficial. It aims at the very core of knowledge by questioning the various bases of knowledge. In doing so, it uncovers the filth that obscures the True Knower which is the foundation of everything, upon which everything rests and from which every name, form, and function sprouts. In the process of uncovering this One True Knower which reveals itself as pure and everlasting joy (“ānanda-rūpam-amṛtaṁ yad-vibhāti”: Muṇḍaka Upanishad), it discovers that all knowledge is contained therein. When we say that the Hindu tradition stresses on empiricism, it must not be misunderstood as being a materialistic tradition. Quite the contrary. It seeks to go deeper, wants to discover what lies under the skin of the mere material. It is acutely aware of the fact that the sense-organs, which are the primary tools of empirical knowledge, are outwardly oriented by their very nature; meaning, the senses always tend to go outward and experience the external.

Therefore the Hindu tradition enjoins the sādhaka – the spiritual seeker of the Truth – to steer the sense-organs inward and focus on the world that is inside the Self. Thus redirected, the same sense-organs that previously distracted the sādhaka, dragging him hither and thither, not letting him arrive at the innermost sanctum of his being, become the tools for Self-realisation. The sādhaka explores his inner world with his sense-organs, specially honed for the purpose, to gain a direct, first-hand experience of his own true nature. This is the essence of traditional Hindu philosophy, which is known as darśana in the various native Hindu tongues, e.g. Yoga-darśana or Vedanta-darśana. Apart from that specific technical meaning, the word darśana has a more common connotation, used by everyone in India in their day-to-day exchanges: ‘seeing’.

Are you still wondering why the Hindus decided to attach such a peculiar name to their philosophical thought, exercises, and discourses? 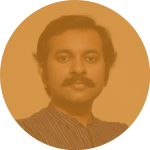