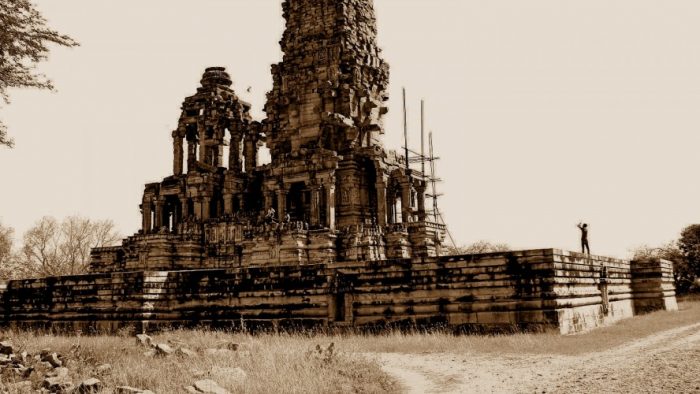 The ancient Hindu temples in most places in north India were either destroyed or desecrated in the Medieval Era and hence were abandoned by Hindus.

In Uttar Pradesh, Punjab, and Bihar not even the vestiges of the Hindu temple architecture survived. These regions suffered continuous tidal waves of Islamic invasions and prolonged periods of direct Islamic rule, which in turn made it possible for Muslim rulers to sponsor large scale temple destruction.

In places like Morena and the Chambal region where Islamic kings could not maintain their hold for a long time, Hindu temples were desecrated but were not completely destroyed. Even then they were abandoned by the Hindus for many reasons.

Gradually, new places of pilgrimage sprang up in the vicinity of these ancient centers of worship. Sometimes they were as near as a few kilometers and sometimes much farther.

But the farsighted and hugely successful spiritual and cultural integration, which started in earnest when in 8th-century C.E, Adi Shankaracharya instituted the four Mutts in the four directions of India, was never seriously interrupted for a long time. The sites changed, the structures changed, but Hindus never abandoned their tradition of pilgrimage.

The constant traffic of commuting from one place to another purely for religious purposes was a Hindu constant that never disappeared. People would travel unimaginable distances, without carrying the distinctions of caste and community with them, getting to know different cultures, with the single thread of Sanatana dharma binding them all.

According to Adam Hardy, the Hindu temple works on the principle of aedicule, meaning structure within a structure, unfolding which will unfold the secret that lies within.[1] Similarly, the Hindu pilgrimage circuit all over India worked on the same principle.

Aedicule or the Timeless Tradition of Hindu Pilgrimage

The original, great Char Dhams were in the four corners of India connecting the whole of India and all its communities, languages, and tribes. They can be termed the National Char Dhams.

But it was not possible for everyone to go to all of these places. Therefore, for such people, regional Char Dhams was established. Some places of pilgrimages were chosen inside a region or a province and they were given the sanctity of the national Char Dhams.

And so, there are the Char Dhams of Uttarakhand: Gangotri, Yamnotri, Kedarnath, and Badrinath. 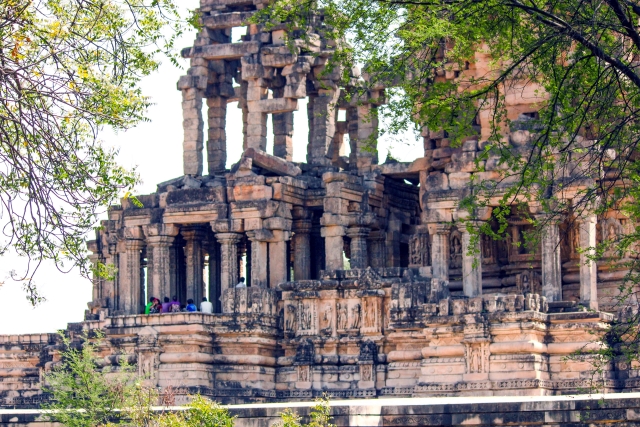 The metaphor of aedicule does not end here. Even small regional units like a district, for example, Morena, have Char Dhams.

The tradition of bringing together different cultures, languages, and attitudes was not confined to the entire country, or big states, it was also practiced at micro-levels.

In modern times, this micro-unit is the district. No matter an individual’s means and capacity, one could always do the Char Dham Yatra. It could be at the district level, at the state level, or at the national level.

Anyone can undertake the district-level Char Dham Yatra. The beauty of this system is that these practices organically evolved over time in line with Sanatana Dharma’s ancient traditions.

Morena has its own four Dhams, journeying which can be completed on foot and which are no less interesting or elevating than the other four national Dhams.

Together, these four Dhams take the pilgrim to the four corners of Morena. Ishvara and Devavan are completely surrounded by jungles. Of these, Ishvara lies completely in the region of dacoits. Devavan is also deep in jungles and ravines. Standing at Ishvara, one can see the steep cliffs of Morena in the foothills of the Vindhyas.

Shyam Dev Baba is the primary Dham of Morena, which is situated across the valley from the palace of the local ruler of Pahargarh. The palace is situated on one hill.

One descends into the river valley, which dries up in summer and then climbs another hill to have the darshan of Shyam Dev Baba, which lies straight across the palace on the other side of the valley.

Historically, the king of Pahargarh has sought the blessing of Shyam Dev Baba and built his palace strategically so he could have a view of the hill where the temple of his personal deity was located. Both the religious and the administrative units looked upon each other, as they still do.

At Bairare ki Mata, there is an annual fair during the Navratri celebrations, and people from all corners of Morena and even from other places converge here in order to worship the goddess. These rural fairs organized around small temples are a great way of bringing the entire region together, at least once every year. It builds a bond of cohesion between different kinds of people in different environments and different seasons. 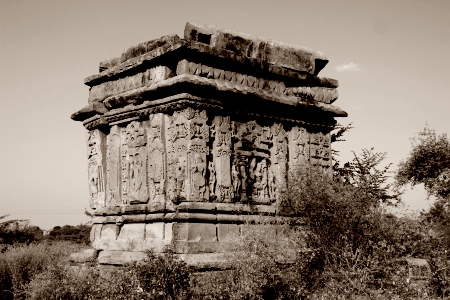 However, it would be erroneous to think that these pilgrimages evolved just because of social reasons. The world does not quite work as smoothly as a social scientist would want it to. Spiritual reasons have always been the primary reason for building a temple. This is true for the original Char Dhams and it is true for the local Char Dhams of Morena.

People claim that the sites of these temples are ancient and it is just that someone in the modern time identified and ‘rediscovered’ the sites by recognizing their spiritual power.

Hinduism is innately dynamic. Although it honors and preserves its past by respecting experience and wisdom, it also keeps changing with time.

Temples in India are so numerous that it is impossible to count them. The Char Dhams of Morena are not the only temples that are famous or the most important.

The most important temple of Morena is Shanichara, the temple of Shani Deva, Saturn. Temples of Shani Deva are rare and the one in Morena is one of the most famous in this part of north India.

Saturday is the day of Shani Deva, as the eponymous name suggests. It is on this day that devotees flock to this temple. The Shani Jayanti which falls on the No Moon Day of Jyeshtha Month, is the greatest Saturday of the year for this temple and lakhs of devotees throng from all over the Chambal region and even from beyond.

There is a Hindu belief of giving away one’s hair on any pilgrimage as it symbolizes giving away one’s sins and bad karma. In a Shani temple, people do not just give hair; they also give clothes and footwear. The Shanichara temple is the site where people give away everything.

Shanichara is the geographical, spiritual and socio-cultural centre of Morena. Every road in Morena leads to Shanichara. It has three main approaches but roads from everywhere lead to Shanichara. The temple lies on a hill, commanding a panoramic view of Morena and even of the Gwalior Fort. Due to its awe-inspiring popularity, even small villages are directly connected to it.

The Shanichara Temple is the spiritual lifeline of Morena.

The fact that modern Hindus bestow their spiritual care and love on religious structures that have no architectural value and can even be considered downright ugly evokes mixed reactions in the observers. Some say that the Hindus have no sense of aesthetics. They will accept any structure as spiritual.

The first reaction of a student of Hindu art and architecture would be to baulk at this suggestion. He would immediately point out at the lakhs of ancient Hindu temples that still survive as the best examples of architecture in stone anywhere in the world.

And he would be justified in doing so. If the Hindus had no sense of aesthetics, they could not have built such great, mammoth, and beautiful temples in the past.

It is only during the Medieval Ages when the temples were destroyed again and again by the Islamic invaders that the Hindus stopped caring about the aesthetic value of the outer structure and settled with the most basic and the rudimentary structure, something that could be immediately rebuilt post-destruction and when relative peace and stability prevailed. This is one reason that the many modern Hindu temples are not beautiful.

But there is a deeper reason behind this apparent unconcern for aesthetics. While the Hindu society has never neglected the outward appearance of its physical structures, its primary focus has always been on what is inside.

Even in the greatest of Hindu ancient temples, the garbha-griha, the most important part of the temple where the deity was kept, was generally devoid of any sculpture or beautiful carvings. It was basic and austere, meant for inner meditation. The outer world no matter how beautiful was immaterial inside the garbha-griha.

Over the centuries, the garbha-griha has not changed much. The ugliest of temples provide for the secluded meditation in just the same way that the grandest of them would. In that sense, every temple is the same. In that sense, the aesthetic unconcern of the Hindu is reflective of the innately spiritual orientation of Hinduism.

It may also be imagined that this arrangement suits the state of the Hindu society in modern times, when India is just emerging from successive nightmares of Muslim, Christian, and then, Congress-Communist regimes.

During this long nightmare, the outer structure of the Hindu temple, which is meant to reflect the world, was ugly and undecorated. It reflected the present condition of the society aptly.

But just as economically, socially, and politically, India is emerging from this prolonged nightmare, the Hindu temple should also come out of its aesthetic slumber.

The outside world for the general Hindu is becoming beautiful again. Reflecting this outer reality, the Hindu temple should once again become as marvelously splendid as it once was.