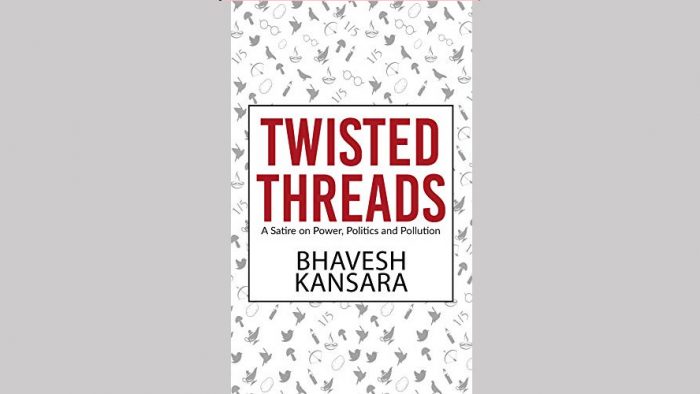 A jinn released from a magic lamp traverses, the real, the social and magical worlds, twisting them all, in Bhavesh Kanarva’s book Twisted Threads, a satirical political story which will leave you laughing. In this interview, Bhavesh Kansara talks about satire as a genre and the major influences on his writing.

It is difficult to strike a balance between being satirical and just being funny. How did you strike that balance?

It does become difficult if I try to do both, and so I stick to being satirical. In a way, there is often an element of humour in satire, and I prefer that way instead of focusing on making the story just funny.

I also try to incorporate some humour and curiosity in naming my characters, such as Nakuchkar for a minister who apparently does nothing, Rastakar for a minister intent upon building more and more roads, Pat Riot for a journalist obsessed with riots (and his own version of patriotism) and many more.

Some authors try to convey a message, others consciously don’t and let readers draw their own conclusions in this genre. What was your approach?

I avoid thrusting a message in a story as this could dilute the message by reducing it to a slogan or a phrase. Further, this approach could also sound preachy. However, the message is important and has to be conveyed, if not directly, through the story.

When I had to write a story about the controversial RTE (Right to Education) Act, I decided to use an allegory in the form of Right to Lighting, RTL, to convey the message of the possible origins of the act, its implementation, and its societal impact.

Stories are powerful, and their plots could reveal layers of the message that would otherwise be lost or ignored. When readers get the message, there is an “Ah!” moment, and I would like to think that this leads them to flip back a few pages and read the story again.

Which authors/works in this genre have inspired you?

The biggest influence for me, if I consider this genre, has undoubtedly been Joseph Heller and his seminal satire on war, Catch-22. It’s a novel that I come back to now and then, not just for its stark and savage humor, but also for its unforgettable characters, their quirky idiosyncrasies, and the bewildering situations they find themselves in. Heller, in his unique way, comments not just on war but also on society, religion, politics, patriotism, and more.

If I consider humor, I have grown up with Wodehouse since my school days, and later, Douglas Adams with his whacky science fiction series ‘The Hitchhiker’s Guide to the Galaxy’. Besides books, though, I also love the Monty Python skits and movies, and the two TV shows which opened up the devious world of politics and administration to us: ‘Yes, Minister’ and ‘Yes, Prime Minister’. 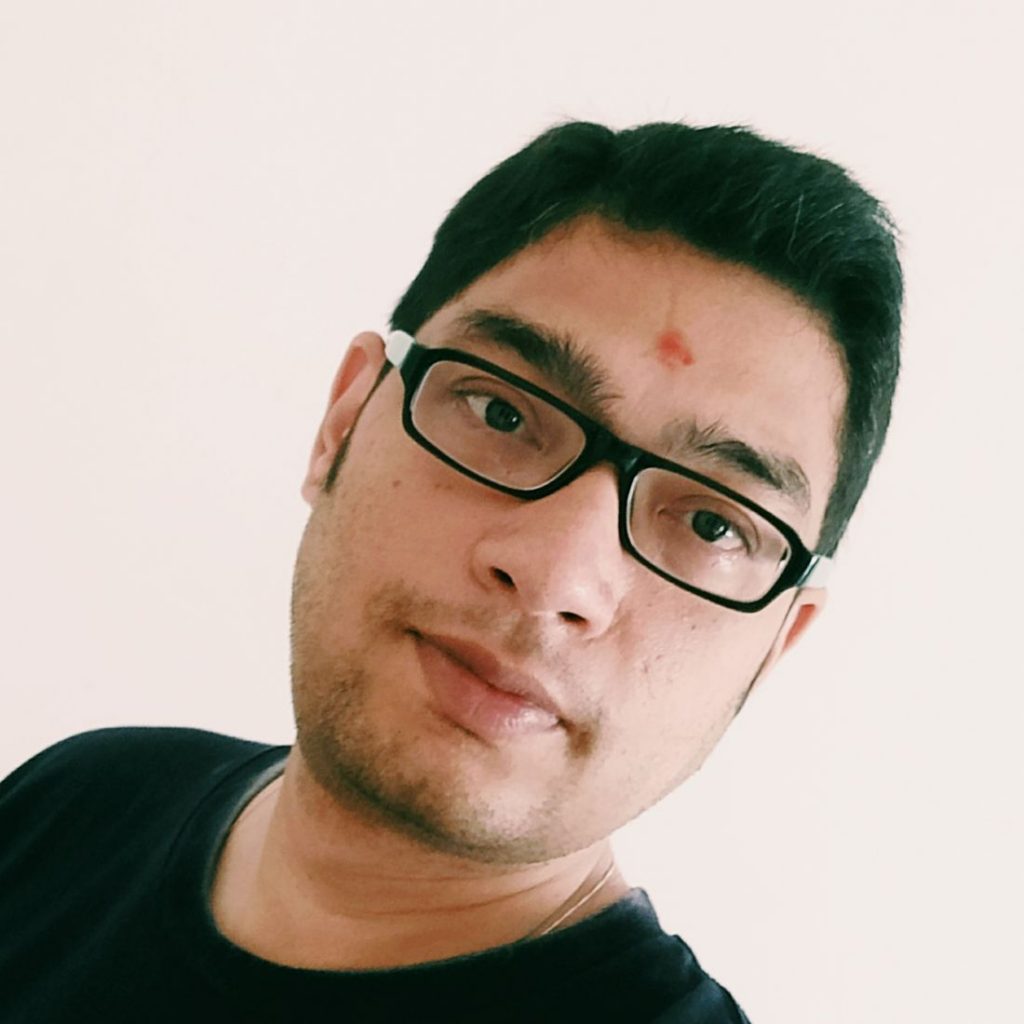 Your characters are loosely based on contemporary political figures. How much have you drawn from their mannerisms, shenanigans?

The book is also loosely based on contemporary events, and therefore, it is necessary to appropriately sketch the characters involved – otherwise, the context could be completely lost. I have, therefore, drawn considerably upon the qualities of public figures that many people typically would associate them with. In a way, this becomes an idiosyncratic, almost a stereotypical caricature, but it helps in associating the character with the right personality. A minister who does nothing. A political leader who loves dogs. A journalist who punches people on the nose.

Have you taken a political stand in your book or tried to be even handed?

If, by a political stand, you are asking me whether I have supported a political party over another, I would say that I haven’t. I have woven stories around contemporary events in a way that brings out the political and social forces at play through the many characters. The underlying message in any of the stories is more critical of the characters than flattering.
I have touched upon several issues through the stories such as cultural contamination in the name of syncretism and secularism, religious conversions and their impact on societal changes, influence of entertainment and movies, and even selective amnesia in learning our own history. While all of these could be interpreted politically, I would like to think that these are more ideological than political.

In fact, some of the characters in my book, Twisted Threads, just represent specific ideologies such as evangelization, or cultural revival, rather than being based on real characters.

Indian authors tend to be slightly more over the top, overstate things, and western authors more subtle, understated. What was your approach?

I am not very sure if I want to generalize it this way, but I think our culture has been historically more colourful, more intricate, more ornate, and more metaphorical too. We just have to look at our ancient temples, our myriad dance forms, our traditional clothes, even the countless stories from our folklore and Panchatantra and Jataka that we have told to our children since generations – there is dynamism and vibrancy in all of them. I would rather be glad if someone told me that my stories have some of these aspects in them. Yes, there is a line that could be drawn between ornate and garish, or between colourful and chaotic, but who draws that line?
I have tried to be more allegorical in my approach, bringing to life even personalities long dead to act as a mirror to the present.

Where does your political leaning come in? Does it need to come in?

The tagline of my book, Twisted Threads, is: A Satire on Power, Politics and Pollution. When I started writing the book, trying to create a congruent storyline from the many events and characters (hence the name, Twisted Threads), I wanted to ensure that the book doesn’t merely become a satirical commentary on political machinations, but conveys certain messages too.
Do the messages, such as manufacturing narratives by the media or stripping festivals of their Hindu origins, convey a political leaning? I believe they would most probably do, at least as a stereotype, but for me, it is more important to pass these messages across than be worried about what labels I would get assigned. Presenting a thought is as much an indication of political leaning as not presenting one.

What do you think of the Unreal Times?

The Unreal Times was perhaps my most visited satire portal in the run-up to 2014 general elections. I have spent so much time reading their tongue-in-cheek take and hilarious treatment of events then. Certainly, The Unreal Times was one of the reasons for me to consider writing political satire, initially in the form of Twitter threads.