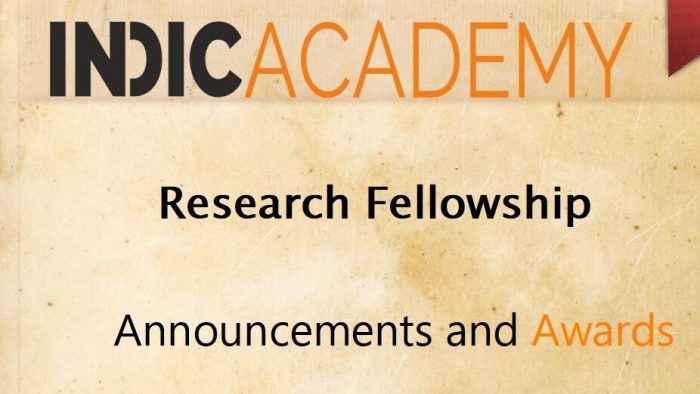 India has been a cradle to a rich tradition of knowledge that goes back many thousands of years into the ancient past. Its knowledge systems and thought have insights across disciplines of philosophy, mathematics, science, logic, aesthetics, literature, medicine, psychology, management & wellness sciences, to name a few. The epistemology originated in the subcontinent has paralleled modern discoveries of contemporary times, making Indic Knowledge Systems all the more relevant and valuable today. Ancient India’s robust gurukula system of education, it’s evidence-based reasoning, and systematic thinking, with applications in real-world practice, has preserved its rich native knowledge system across millennia, sometimes against immense odds.

However, due to being cut off from its philosophical roots, modern Indians have lost touch with this rich knowledge base. Though many are realizing the need to reconnect with their roots, they face a hurdle due to being unfamiliar with its language and thought process. While this may be true for Indians, the people of the world across nations are thirsty for systems of knowledge that are integrative in characteristics while enhancing our spiritual values.

To bridge this intellectual gap and reinvigorate Indic Knowledge Studies, Indic Academy (IA) has a three-pronged strategy of:

Given below is a brief summary of various steps taken under the above heads over the last few years.
A) Research Fellowships in Partnerships with other Universities and Institutions:

In April 2019, Indic Academy, in collaboration with MIT SVS & Veda Vijnana Gurukulum, announced a Shaastra Mining Project on Concept Mapping of Vaakyapadiiyam. Based on the outcome of this project, IA, SVS, and VVG will jointly design and deliver a 45-hour online certification course on Introduction to Vaakyapadiiyam: A Universal Model of Communication

B) Research Grants in response to applications by Individual Scholars and Public Intellectuals:

Apart from the above Research Fellowships through its Centers and in association with other Institutions, three Research Fellowship grants have been given to Vivek Agnihotri, Vikram Sampath, and Advaita Kala to carry on research for their books on historical figures and contemporary politics.

In an attempt to comprehensively scope the entire body of academic work on Advaita philosophy, and to make the entire gamut of literature available to the world, IGUC, in August 2019, announced an invitation to work on ‘Advaita-Vedanta Literature – A Bibliographical Survey’ (1980) by R Thangaswami. This project still floats and is waiting for a suitable & credible candidate to compile the great work.

Out of these, grants were awarded to three scholars who chose their topics as:

a)Karma Tantrism of Kashmir and Kerala: A Study on a Sole Living Ritualistic Tradition

b)Works of Kshemendra, the Kashmiri polymath scholar known for his contribution of ‘auchitya’ to Aesthetics

In the month of October 2019, another three-month short-term research fellowship was announced on Western Buddhism to bring forth the issues of cultural appropriation of Buddhism by Western Academia. Two topics were announced on these themes which still float and await credible candidature to work on it. Along with this, in the same month, a fellowship on Preparing a Directory of Indological Studies was announced whose selection awaits a credible candidate.

To study the phenomena of Inclusion and Exclusion in society, another announcement was made, in October, offering the topics:

Out of the two, the latter was granted to an awardee, while the former still awaits credible candidature.

Parallel to these fellowships, IA’s Centre for Soft Power has announced 9 other research fellowships highlighting India as a soft power hub and inviting research into topics such as Bollywood dance studios, Holi celebrations, International collaboration in Indian music, to name a few. All of these await passionate and credible candidatures, who can signify India’s soft power further.

All in all, here’s a comprehensive list of all the research fellowships announced and granted

Thus to continue building these research fellowships & to keep the endeavor of integrating Indic knowledge, IA initiated crowdsourcing of more topics to be studied & researched. Senior scholars, gurus, teachers, public intellectuals, and researchers were requested to suggest topics into a 100 Ideas Bank, which could then be announced as short-term fellowships.

A consequence of which, Vishal Aggarwal, one of the foremost thinkers and repositories of Shastras, Indic Knowledge Systems, and Indology in our times, came forward with a list of 21 topics. Some of which he agreed to mentor and some even co-author. Out of Vishal’s 21 topics offered, 13 credible candidates were awarded in June 2020 and have started working under the mentorship of Dr. Nagaraj Paturi & Vishal Aggarwal. The list of awardees is given below: 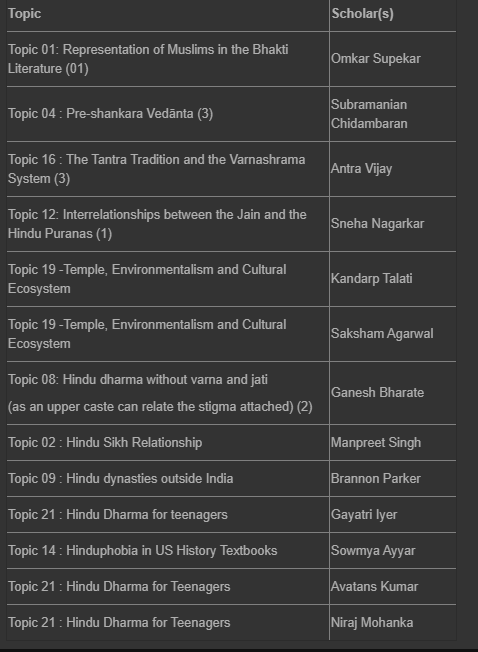 We invite public intellectuals and scholars to look out for our announcements from time to time and apply for Short Term Research Scholarships. We also invite academics to suggest areas they believe need to be researched and also mentor the Fellowship awardees.