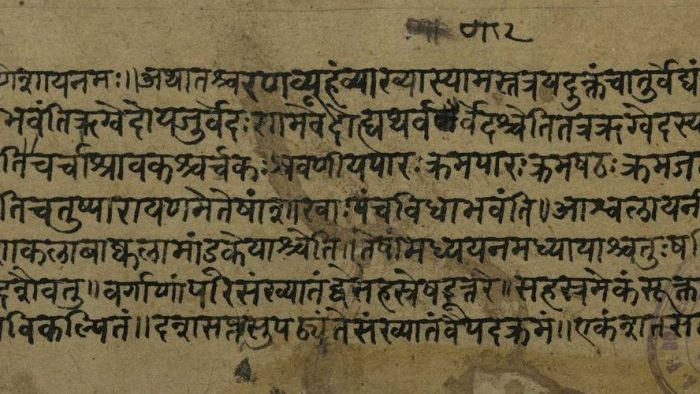 Ancient India had a rich scientific tradition based on the tenets of evidence-based reasoning, strong emphasis on systematic thinking and real-world practice. Some of its insights are being discovered to be highly relevant and valuable even today – in mathematics, linguistics, logic, aesthetics, psychology, management and wellness sciences to name a few. India’s analogue of modern science is the shastra, which has a rigorous definition based on the concept of Yukti or rationality and rules to model real-world phenomena. All Indian shastras employ a common methodology of structured inquiry and discourse derived from its three native fundamental knowledge sciences – the science of language (vyaakarana), the science of discourse (mimamsa) and the science of inference (nyaya).

India’s robust gurukula system of education has been preserving its rich native knowledge system across millennia, sometimes against immense odds. However, due to being cut off from its educational roots, modern Indians have lost touch with this rich knowledge base. Though many are realizing the need to reconnect with their roots, they face a hurdle due to being unfamiliar with its language and thought process.

To bridge this intellectual gap and reinvigorate Indic Knowledge Studies for the benefit of the world at large, MIT-ADT University Pune’s School of Vedic Sciences (MITSVS, mitvedicsciences.com) is developing new ways to paraphrase the sophisticated Indic scientific treatises to be intelligible to modern youth using the latest pedagogical methods such as concept mapping and linguistics tools.

Indic Academy is a non traditional “university” for traditional knowledge seeking to build a global renaissance that is based on Indic civilisational thought. IA pursues a integrated strategy across intellectual, cultural and spiritual domains to preserve, protect and promote Indic thought. IA seeks to transform the individual and build and nurture an Indic ecosystem through its ‘self, selfless,Self’ and ‘connect, co-operate, collaborate’ strategy.

These organizations are coming together to paraphrase and teach seminal scientific works of India in intuitive and intelligible ways to the next generation via online courses and resources to spur new scientific innovation and applications. As a first step in this direction, IA and MITSVS are sponsoring a 6-month shastra mining project at Veda Vijnana Gurukulam from June 2019 to develop a detailed mindmap / conceptual index of “Vaakyapadiiyam” by Bhartrhari to be published on Vedavaapi. Vaakyapadiiyam is an acknowledged monumental thesis that propounded the world’s first and most comprehensive universal theory of communication in all its forms. Its theory of the fundamental nature of language and communication is at the core of Panini’s famous Sanskrit grammar treatise, Ashtadhyayi as well as Bharatamuni‘s famous treatise on the Science of Art, Natyashastra.

Vaakyapadiiyam is a huge treatise of around 32000 verses of highly sophisticated discourse and is considered as a tough text even by scholars. Though numerous modern books have been written on its various aspects, a comprehensive understanding of the text and its modern applicability eludes the modern seeker. But its insights are essential for improving the effectiveness of aesthetic communication, an unaddressed challenge in modern AI and robotics.

Based on the outcome of this project, IA, SVS and VVG will jointly design and deliver a 45-hour online certification course on Introduction to Vaakyapadiiyam: A Universal Model of Communication. In addition to helping modern seekers become familiar with Indic thought models, this project also provides excellent training for traditional shastra students in paraphrasing Indic knowledge for contemporary relevance. The course will be designed and taught by Prof. Nagaraj Paturi, a highly acclaimed authority on the subject and its modern applications. It will tentatively be available for enrolling in early 2020.