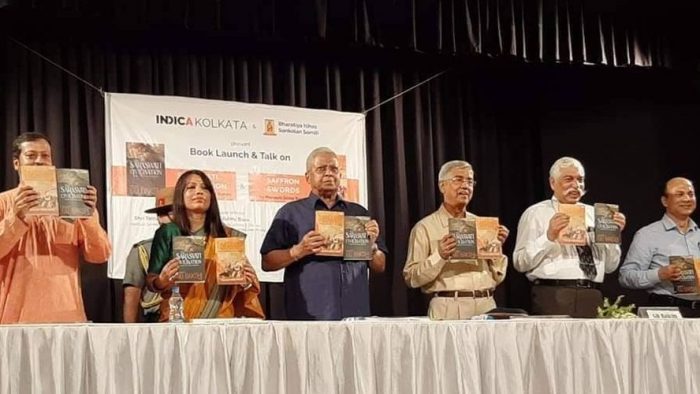 Maj. Gen. G.D. Bakshi’s Sarasvati Civilization and Manoshi Sinha Rawal’s Saffron Swords were launched in Kolkata at Kala Kunj Auditorium, Kala Mandir, on 6th September 2019. The programme commenced with a cultural performance consisting of patriotic songs and narration by Sanskar Bharati, which set the tone for the evening. After the cultural performance, the guests including the two authors and the Chief Guest Shri Tathagata Roy the Governor of Meghalaya, the Guest of Honour Dr. Jishnu Basu, Faculty Member, Saha Institute of Nuclear Physics, and Dr. Smritikumar Sarkar, retired Professor of History and former Vice-Chancellor, Burdwan University, who presided over the event, were welcomed and felicitated with flowers and uttariya.

After Dr. Sarkar’s welcome address, the two books were formally unveiled, first Saraswati Civilization at the hands of the Chief Guest Tathagata Roy and then Saffron Swords at the hands of Dr. Sarkar. Manoshi Sinha Rawal then spoke about Saffron Swords, some of the characters whose exploits have found space in its pages and its importance in moulding the minds of impressionable youngsters as also adults. She highlighted the omission of such bravehearts who have fought for saving our culture and way of life of life, in our standard history textbooks and syllabi and the need for filling this gap.

Dr. Jishnu Basu in his speech said that ‘saffron swords’, that is, the swords used in defense of the Indic civilization have never been used for rapacious conquest and plunder or rape but rather for saving the land and people from plunder and the women from dishonour. Maj. Gen. G.D. Bakshi in his powerful and inspiring speech showed with the help of slides how the Aryan invasion/migration theory was a complete hoax and highlighted how new research on the Saraswati has not only helped to discredit this theory introduced by the colonial British writers but has also underlined the continuity of Indic civilization for the last 8000 years and the scientific corroboration of the memory of the flowing Saraswati preserved in our tradition and folk memory through the ages. 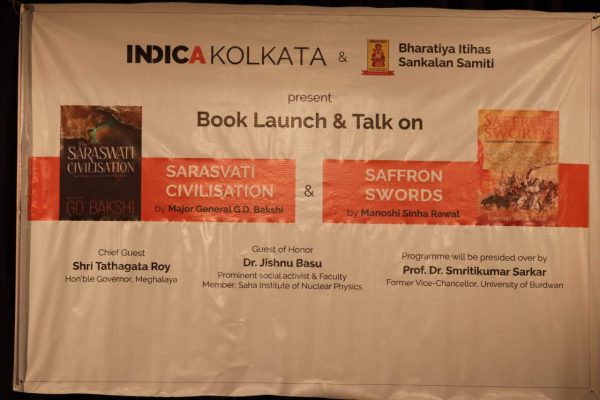 The Chief Guest Tathagata Roy commended both the authors for their effort in filling a vital gap in historical awareness. He also highlighted many areas where conventional history books and historians are silent, including the exodus of Hindus from eastern Bengal, now Bangladesh, and the facts and circumstances of this forced exodus.

The programme ended with the vote of thanks and the National Anthem. The 400 seat auditorium was filled to the brim and the audience comprised of young academicians and researchers from all the four universities in Kolkata and most of the colleges apart from many distinguished writers, editors and social workers. The entire event was organized by Indic Academy and Bharatiya Itihas Sankalan Samiti and compered by Rabi Ranjan Sen. 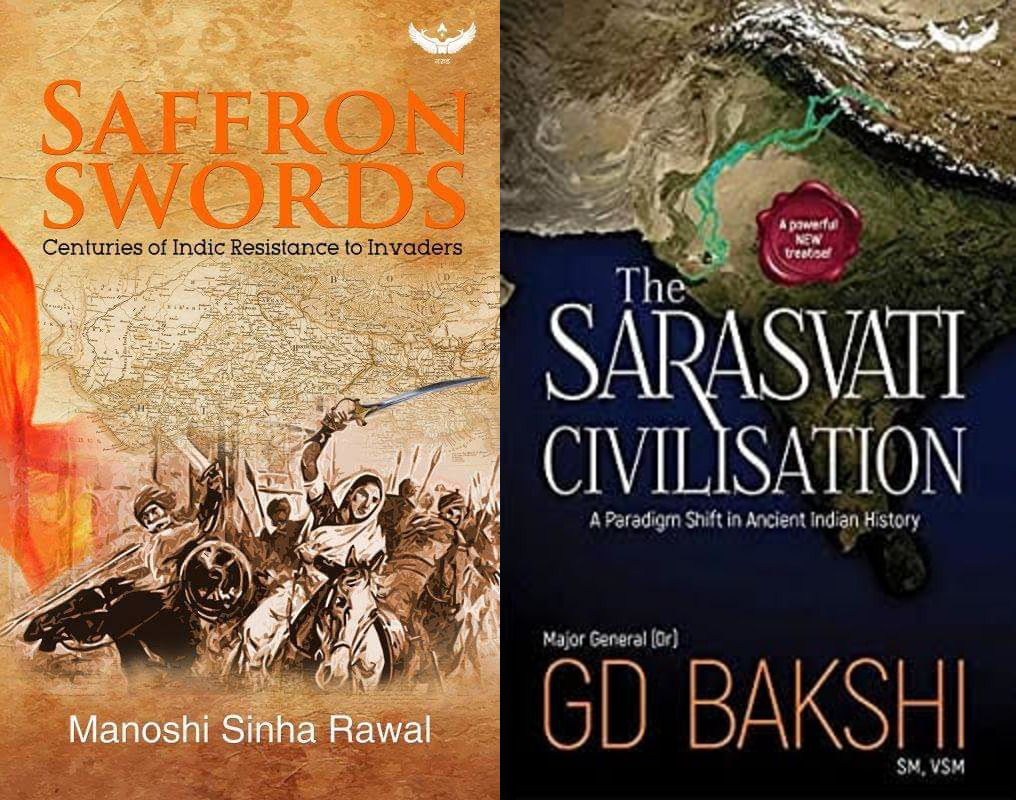