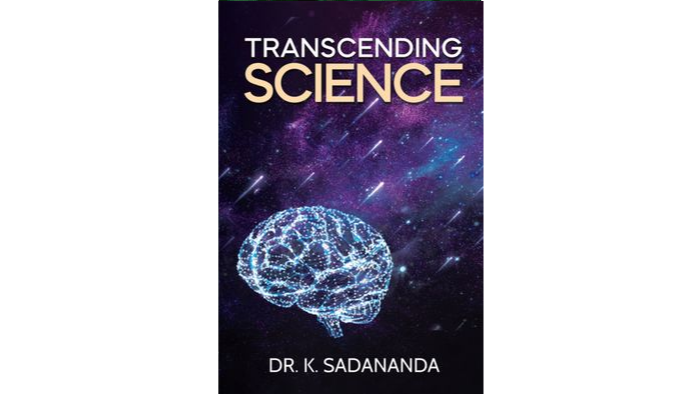 Indic Academy is delighted to announce the launch of “Transcending Science” by Acharya Dr. K. Sadananda.

All objective sciences deal with the objectifiable entities and ignore in the process the very subject, who is doing the analysis. This book deals with the limitations of the objective sciences and also discusses how to prepare the mind so that it can SEE the truth. Transcending Science, therefore, involves how to transcend the subject-object duality, using the Yoga-Sastra discussed in Geeta and Upanishads, and how to abide in the knowledge by overcoming all the mental obstacles that arise in the process. This forms the very purpose of Life itself.

Dr. K. Sadananda is a Material Scientist by profession, and worked at the United States Naval Research Laboratory as Head of Deformation and Fracture published extensively in Science, and received many awards.

He retired in 2005, and now works as a private consultant in the United States for six months of the year. He was also a visiting professor at the Indian Institute of Technology, Madras.

He is a disciple of Swami Chinmayanandaji, was a founding trustee of the Chinmaya Mission’s Washington Regional Center as well as Shree Siva Vishnu Temple, Maryland, USA. He served as Secretary and Treasurer of SEVA, Inc., a philanthropic organization formed around 1980 by Chinmaya Mission, to fund projects in India and elsewhere. Currently, he is an Acharya or spiritual teacher of Chinmaya Mission, and splits his time between the USA and India. Advaita Academy has been sponsoring many of his talks on Vedanta and has made them available on You-tube under Acharya Sadaji. He is also author books, Introduction to Vedanta, three volumes of ‘Journey Beyond: A Non-Dual Approach, available on Amazon, USA, UK and India. He is married to Mrinalini Sadananda, who is a well-known Kuchipudi dancer and Choreographer.