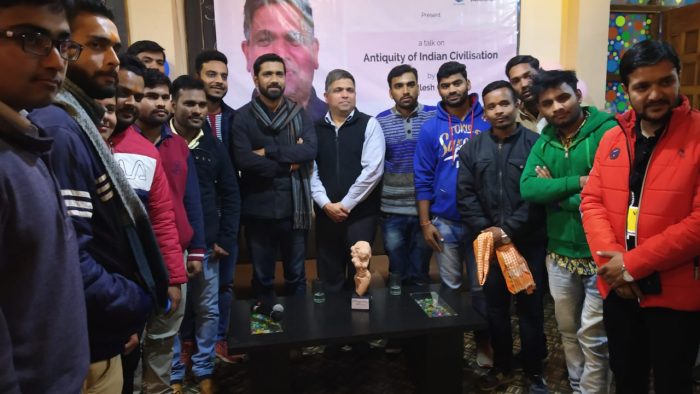 Mr. Nilesh Oak talked about the dating of Ramayana, Mahabharata and Rigveda. At first, he interacted with the audience, and asked several questions about their understanding of history, and dates of Mahabharata, Ramayana and Rigveda.

He then delivered his lecture along with the wonderful Power-point presentation. He started with his own journey with Arundhati-Vashishtha verse of Mahabharata, and later talked about Nyaya Shastra and scientific approach of finding the true dates of history. His talk was very interactive, and he explained things very well in a simple language.

After talking about Arundhati-Vasishtha phenomena of astronomy, he also took some examples of Ramayana and Rigveda to explain the logic behind his findings. He also raised questions on Christianity-based calendar and dates, and also questioned the integrity of historians who teach wrong history to the children of India.

Later he talked about Saraswati River and her routes, to explain his findings on Rigveda. More than hundred people, young and old, with diversified backgrounds, attended this talk. After the talk, youngsters freely interacted with Mr. Oak, during the vibrant question-answer session. They asked questions related to Indian history, Yuga system, Aryan invasion theory, etc.,  to which he gave elaborate and satisfactory replies.

At the end of the event, audience were very happy with the talk, and took photographs with Shri Nilesh Oak. They also interacted with the author after the event. Thanks to Indic Academy for providing such a brilliant opportunity to the youngsters from a small town like Vidisha to interact with such stalwarts. 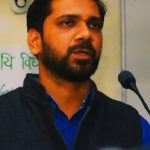