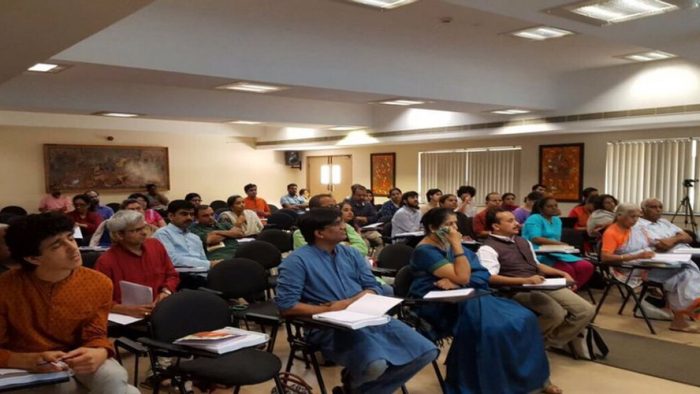 In the year 2017, Indic Academy organised 4 Workshops in Bangalore and New Delhi.

Indic Academy curated a workshop addressed by Prof Vishwa Adluri and Dr Joydeep Bagchee on the meaning and history of the Mahabharata as an Itihasa. The two-day workshop was held in Bangalore at the National Institute of Advanced Studies (IISc Campus).

Dr Joydeep Bagchee is a post-doctoral fellow at Ludwig-Maximilian University, Munich. He has a PhD in Philosophy form the New School of Social Research, New York and has studied at the universities of Berlin, Freiburg and Marburg. His current research focuses on the intersection of the textual sciences, philology, textual criticism, and the history of science. He is the co-author of the Nay Science: A History of German Indology (OUP, 2014) and Philology & Criticism: A Guide to Mahabharata Textual Criticism (Anthem, 2017).

The workshop was organised for public intellectuals in association with the Takshashila Institute of India Studies. 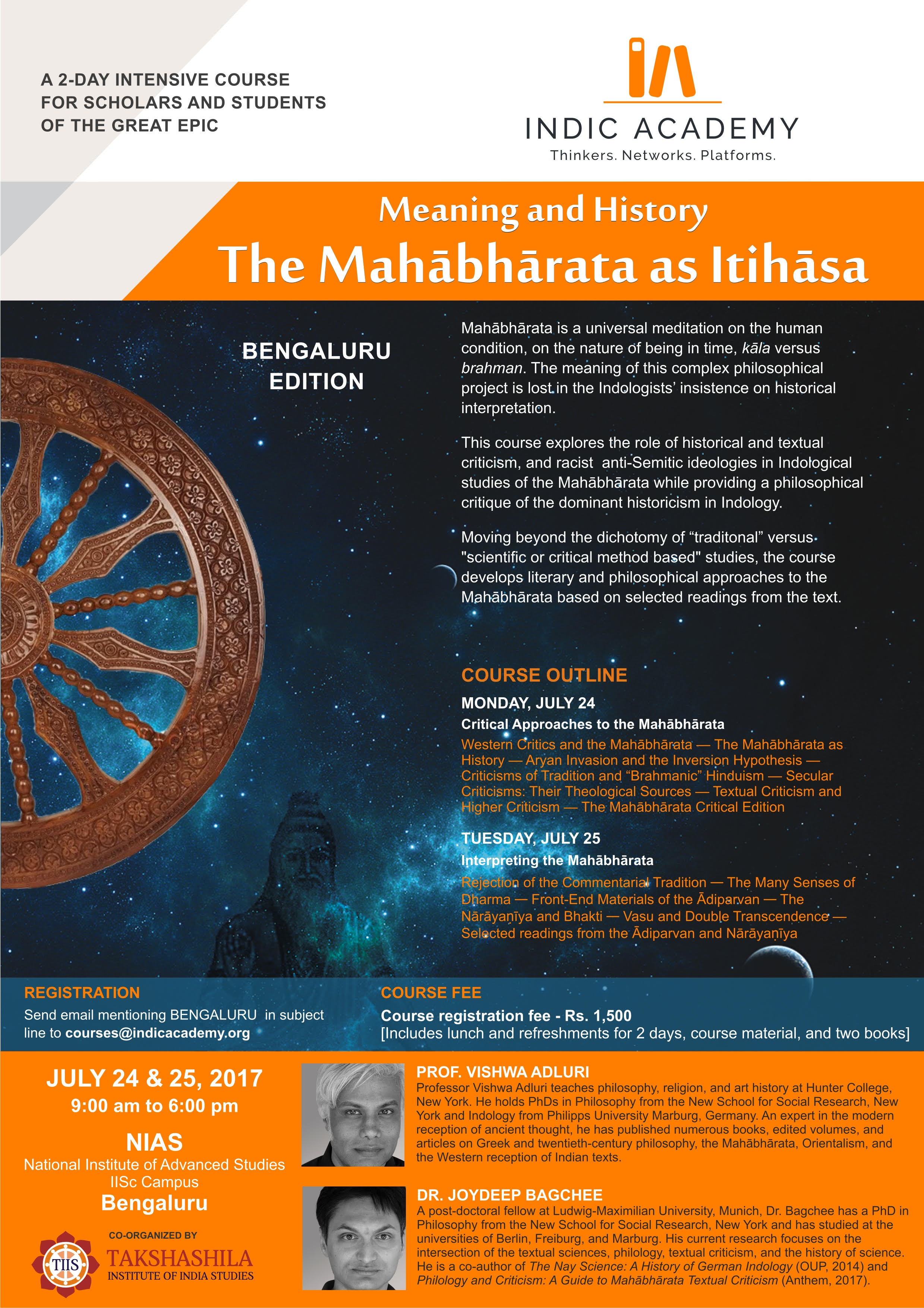 Indic Academy organised a 4-day Intensive Workshop addressed by Prof Vishwa Adluri and Dr Joydeep Bagchee on the meaning and history of the Mahabharata as an Itihasa. The four-day workshop was held at the Indira Gandhi National Centre for the Arts (IGNCA), New Delhi. 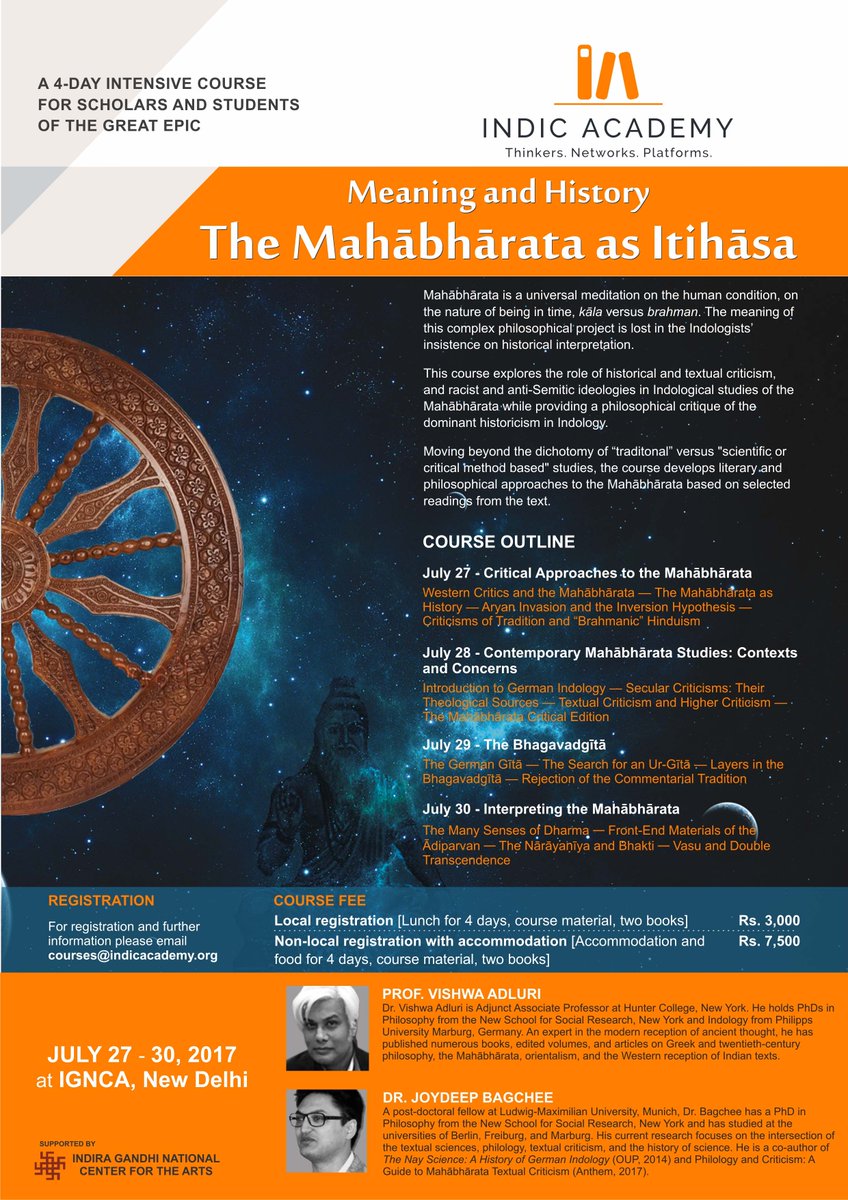 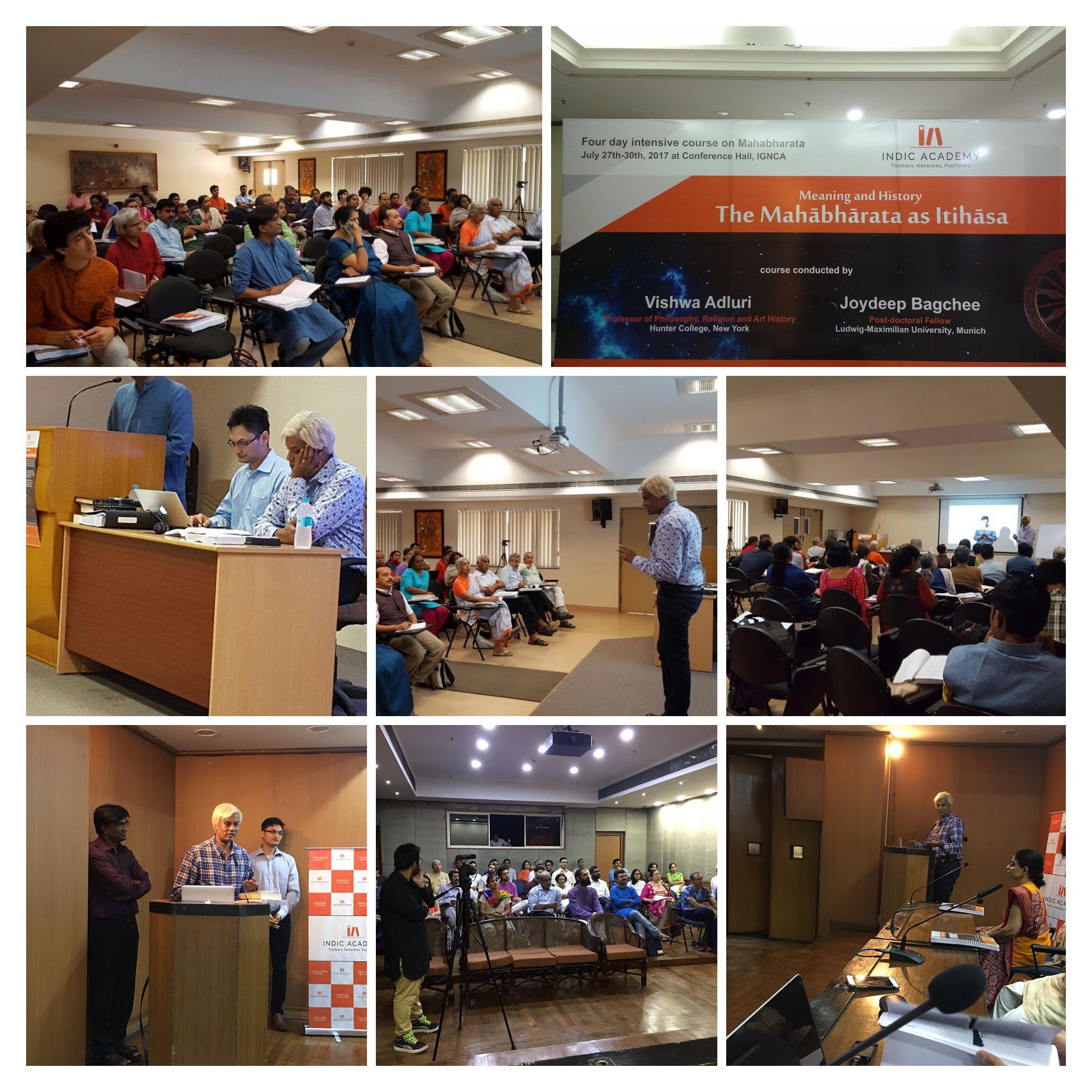 The different meanings of history – as documentary history, as a geological or an archaeological record, as a narrative, as the experience of a particular people or religion, as world history and as progress from “religious superstition” to a “secular”utopia, and finally, as Ithihasa. 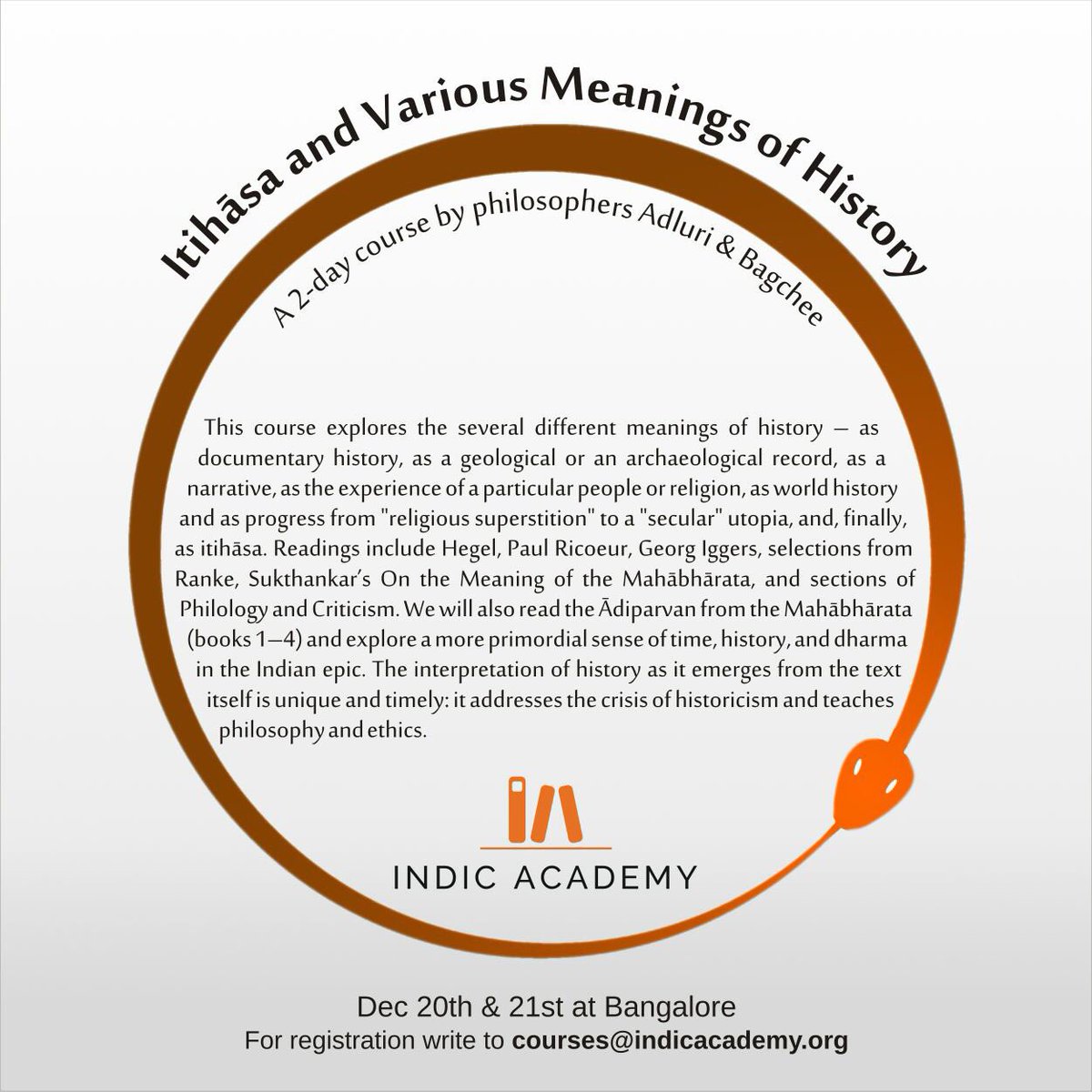 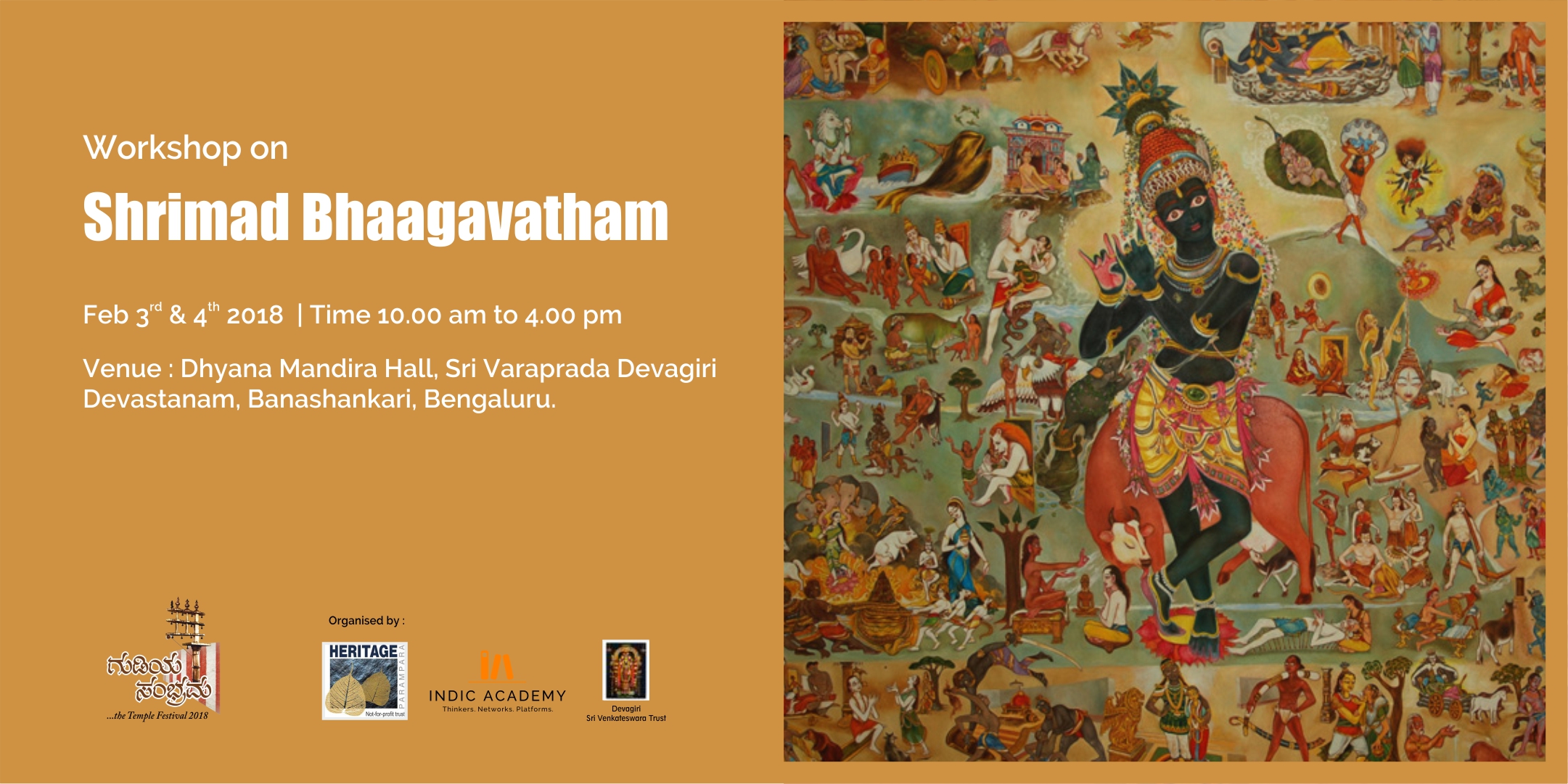 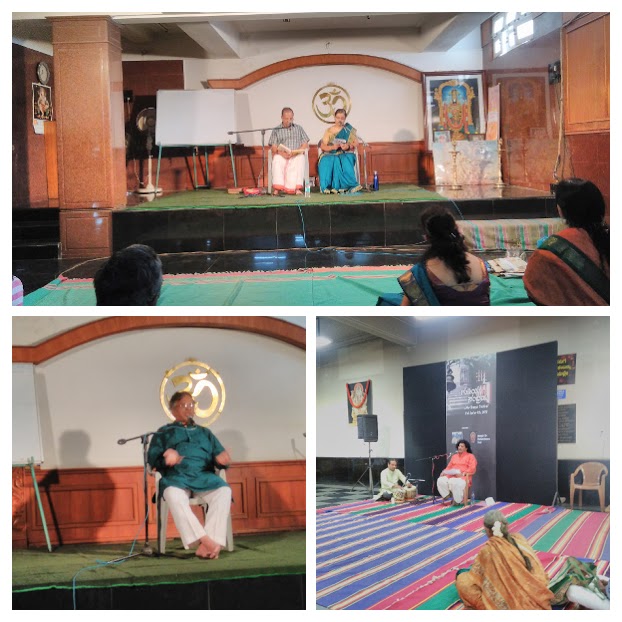 The two day workshop designed for public intellectuals was very enlightening and provided a unique vision into the depths of Bhagavatham, especially in the context of Bhakti rasa. To read the detailed report on the Shrimad Bhaagavatham Workshop, please click here.