Call For Papers : Conference On ‘The Extempore Art Of Avadhanam : Human Intelligence Expressed At Its Best’ 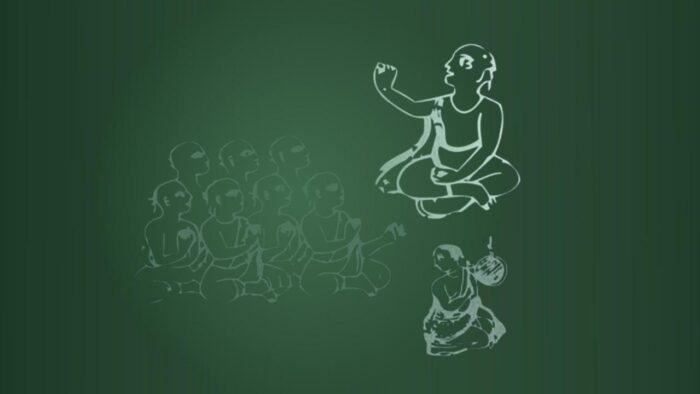 Initially conceptualised as a cerebral exercise for aspiring scholars to commit the Vedas to their memory, Avadhanam, a classical art form unique to India, has evolved over centuries into an awe-inspiring literary performance. It exhibits an individual’s superior cognitive abilities such as powers of observation, memory, multitasking, and creativity, through tasks that draw upon multiple frontiers of intelligence. Any art stands on its ability to create a sense of extraordinariness in its perceiver. In this regard, an extempore act scores better as the element of surprise is much more, both for the artist and connoisseur. Constraints of time, space, and the presence of a live audience or onlookers who eagerly behold the creation of art as it unfolds – these and many other factors, add value to an impromptu performance. It is thus quite obvious, that a feat like Avadhanam, having components which challenge the artist in so many ways – erudition, creativity, memory, presence of mind, wit, ability to hold the attention of the audience etc. – is bound to cause a great sense of wonder and amazement.

There are quite a number of references to Vedavadhanams and Avadhanis in Classical Literature. Due to repeated onslaughts and intentional destruction of invaluable literary and cultural heritage, historical records of performances of Avadhanam or independent elements of the artform are scarcely available.

Among the various forms of Avadhanam, Sahityavadhanam is the foremost, truly conforming to the definition of the word ‘Avadhanam’, in all respects. Other popular styles of Avadhanam are – Vedavadhanam (Ramayana-avadhanam, Vishnu-sahasranama-avadhanam etc., are similar to this – centered around the faculty of memory); Netravadhanam (communication of a verse through eye movements); Ghantavadhanam (retaining the tonal peculiarities of several bells and identifying each one of them upon being rung); Sangitavadhanam (includes various aspects of kalpita and manodharma sangita being demonstrated, composing new songs impromptu, besides keeping count of complex talas simultaneously on both hands, feet etc.); Ganitavadhanam (mentally solving several mathematical problems at a time, in the quickest possible time-frame – performed mostly by Jains). The sky is the limit for those who wish to perform such feats, and there are many more Avadhanams that are similar in nature to the ones mentioned above. Coming to the different types of Sahityavadhanam itself, Ashtavadhanam and Shatavadhanam are more in vogue than other types like Dashavadhanam, Gunitavadhanam or Sahasravadhanam. Out of these, Ashtavadhanam is sought after, as it is most engaging and appealing to the audience.

Sanskrit being a very systematic language, its structured nature supports literary acrobatics. Regional languages like Telugu and Kannada, especially those that have large scale usage of Sanskrit vocabulary and grammatical functions similar to that of Sanskrit, render themselves more compliant to the performance of Sahityavadhanam. Though Avadhanam (especially Sahityavadhanam) anchors itself in a long tradition of exceptional performers, it is currently performed mostly in Andhra Pradesh and Karnataka, and is limited to three languages: Sanskrit, Kannada, and Telugu. Performers are fewer in number than one would expect.

This artform is yet to gather momentum in other regional Indian languages. Owing to the lack of an informed audience, not all variants of Avadhanam (Sangitavadhanam, Ganitavadhanam, Citrakalavadhanam, etc.) are commonly performed. Againt this backdrop, an international conference on Avadhanam, the first ever to be held, that would focus on the myriad components of the artform, its history, various formats, and other facets that would bring out the research on cognitive processes involved in an Avadhanam such as memory, spontaneous literary creativity, effortless and enjoyable multi-tasking etc., is being organised by the Centre for Avadhanam (CfA).

★     Avadhanam in Telugu and Kannada

●   All papers selected for presentation, will receive an incentive of INR 1000/-

●   CfA will honor one best paper in each of the sub-themes with a cash prize of INR 3000/- and a certificate.

●    Proposals for panels may be sent to avadhanam@cvv.ac.in

●  All accepted papers will be published in the conference proceedings.