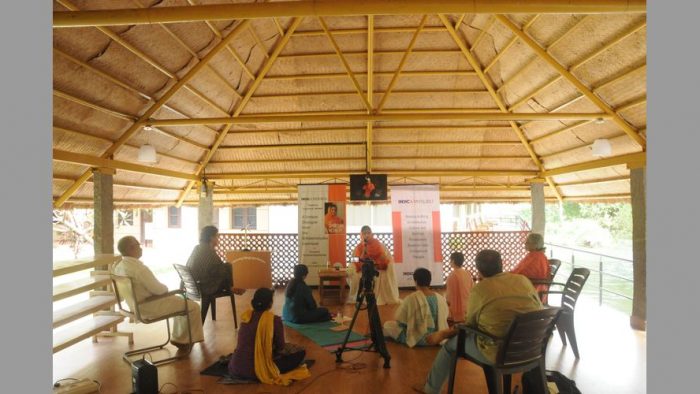 From July 31 to August 04, 2019, for five days, a small group of spiritual seekers and Vedanta enthusiasts gathered on the rejuvenating banks of divine river Kaveri to listen to enlightening talks by Swamini Svatmavidyananda Saraswati.

Titled ‘A Unique Dialogue from the Bṛhadāraṇyaka-Upaniṣad’, the spiritual retreat was organized by Indica Moksha and was conducted at the beautiful Cauvery Kanya Gurukulam, Srirangapatna amidst natural settings.

In what can be described as a ‘Vedantic Pilgrimage’, the whole experience reminded one of the ancient tradition of Gurukula learning.

The retreat was inaugurated by KK Subramani, the Founder-Acharya of Cauvery Kanya Gurukulam, who in his address to the audience noted the importance of regularly conducting spiritual retreats and how they can help one to self-introspect. He recollected his long-engagement with Swamini Svatmavidyananda and their experiences under their Guru, Swami Dayananda Saraswati.

Following this, Swamini Svatmavidyananda started her discourse with a brief introduction about Vedanta and the Upanishads, what are they, why study them, and how they can help one in life. Over the next four days, the participants were not only introduced to the text of Brihadaranyaka- the great forest among the Upanishads but were also made to dive deep within themselves.

Swamini ji enunciated upon the Yajnavalkya-Maitreyi Samvada- a special dialogue between the celebrated sages Yajnavalkya and Maitreyi, which expounds the truth of the self as limitlessly whole and joyous. Being a Vedantic teaching set in the backdrop of Ashrama-dharma, Swamini explained how in the Hindu scheme of life the purpose of marriage and married life is conceived as a preparation for self-knowledge (Atmajnana) and renunciation (Sannyasa). She took the participants through a thorough study of the relevant verses from the Upanishad as well as the enlightening comments of Sri Sureshvaracharya who has written a Vartika on the text.

During the five days, the participants were introduced to various aspects of Hindu philosophy including, the different kinds of Sannyasa, different forms of Vada or conversation, different kinds of reality, the meaning of terms like Satyam, Poornam, Brahman, Mithya, etc. A considerable part of the discourse was also dedicated to understanding the concept of Ananda. In fact, Swamini ji enunciated in depth upon the Ananda Mimamsa portion of Taittiriya Upanishad. On the final day, Swamini ji took up the topic of Sravana Chatushtaya and what is the way to attain Atma-Jnana. The retreat ended with participants sharing their experiences with everyone. The daily routine on all the five days included a session of meditation early in the morning and a session of Satsanga in the evening.

About the Teacher: Swamini Svatmavidyananda Saraswati has taught at several universities, including UC Berkeley. She is widely recognized as a scholar of Advaita Vedanta and is a disciple of Pujya Sri Swami Dayanandaji Saraswati, an internationally known Acharya of the Advaita Vedanta tradition, interfaith leader, and scholastic author of Vedanta. An erudite scholar, Swamini ji addresses contemporary challenges facing the world, from global warming to religious/social unrest, in her unfolding of the Upanishads, the foundational spiritual texts of the Hindu tradition. 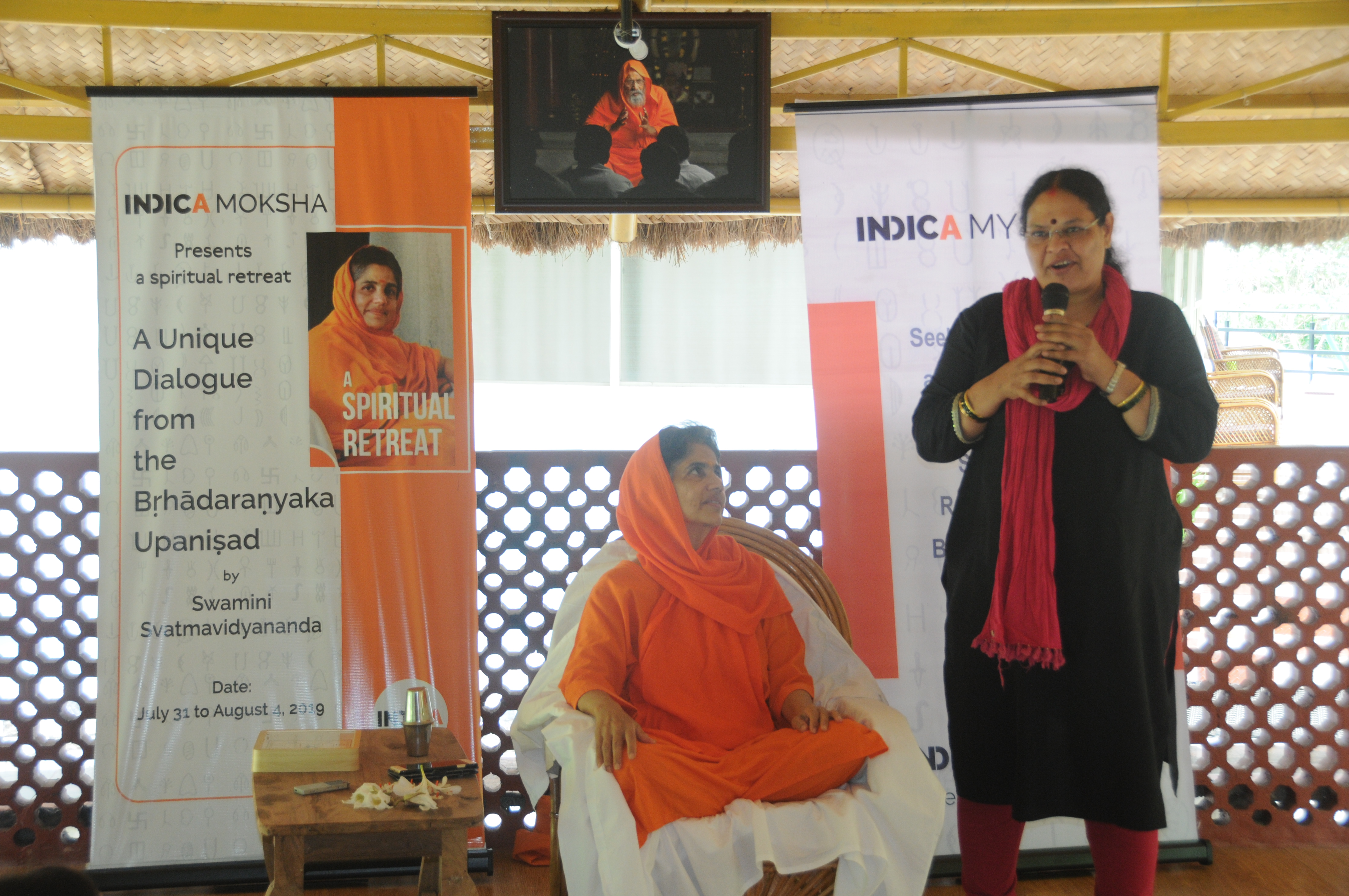 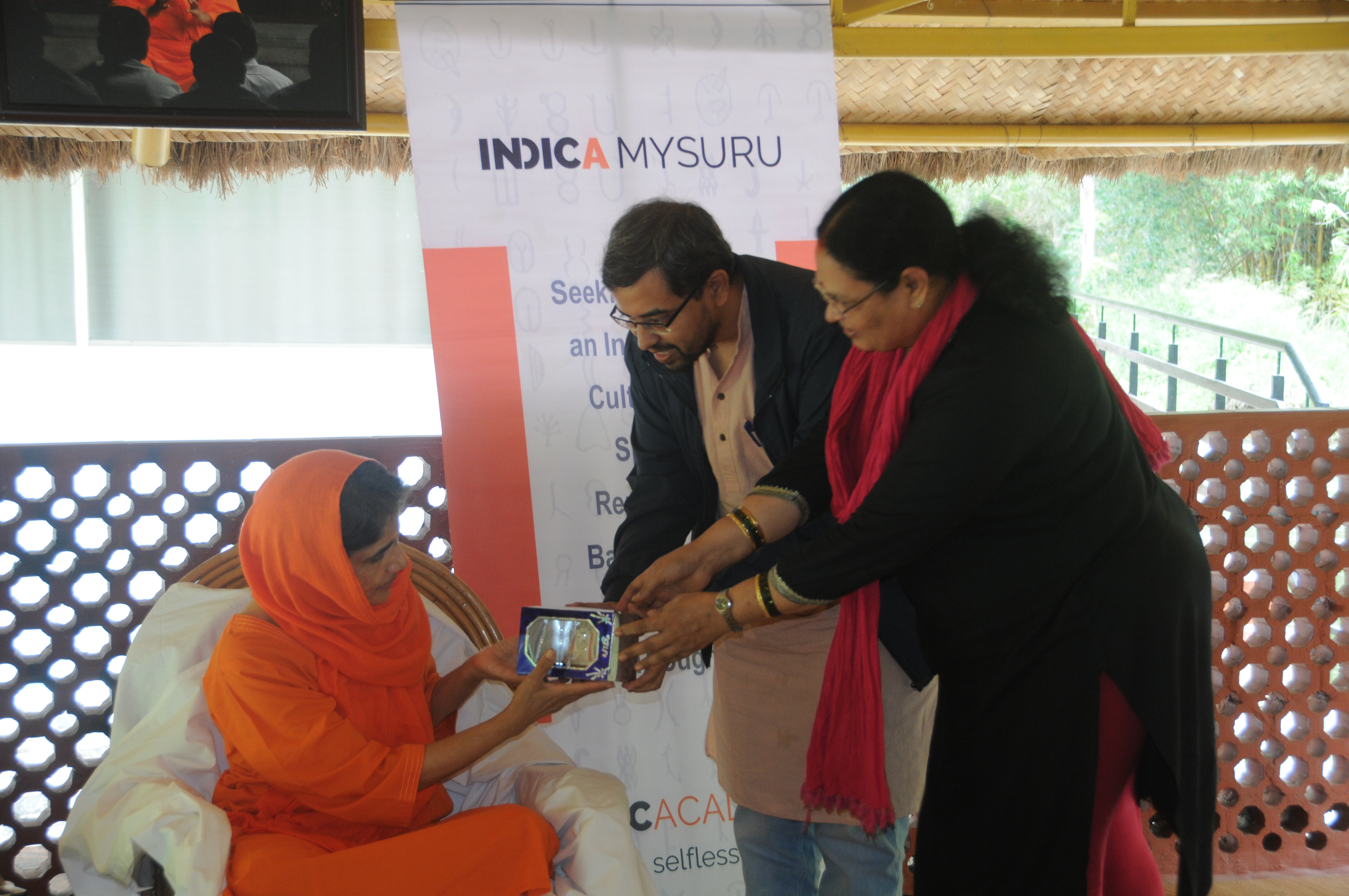 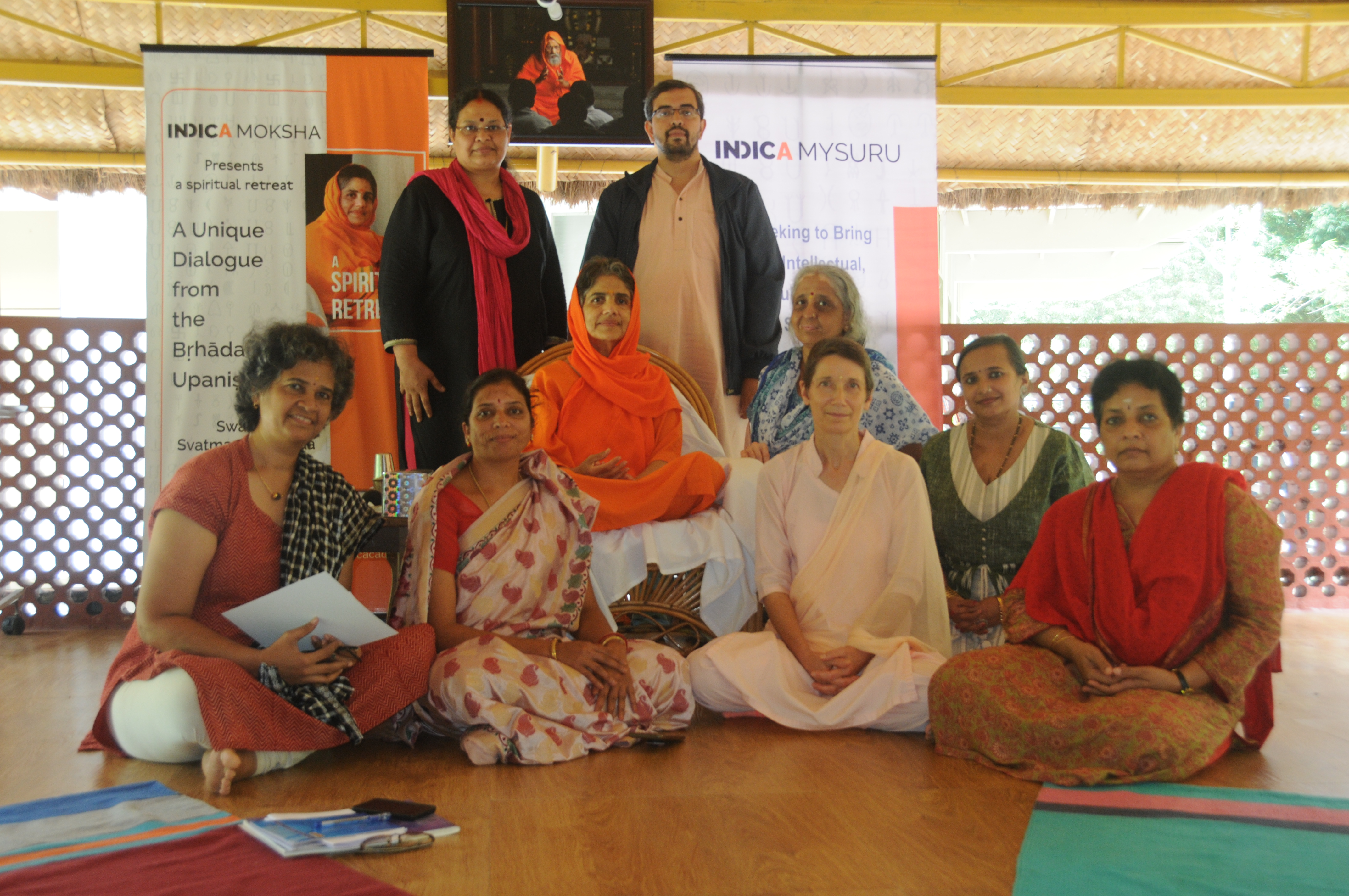 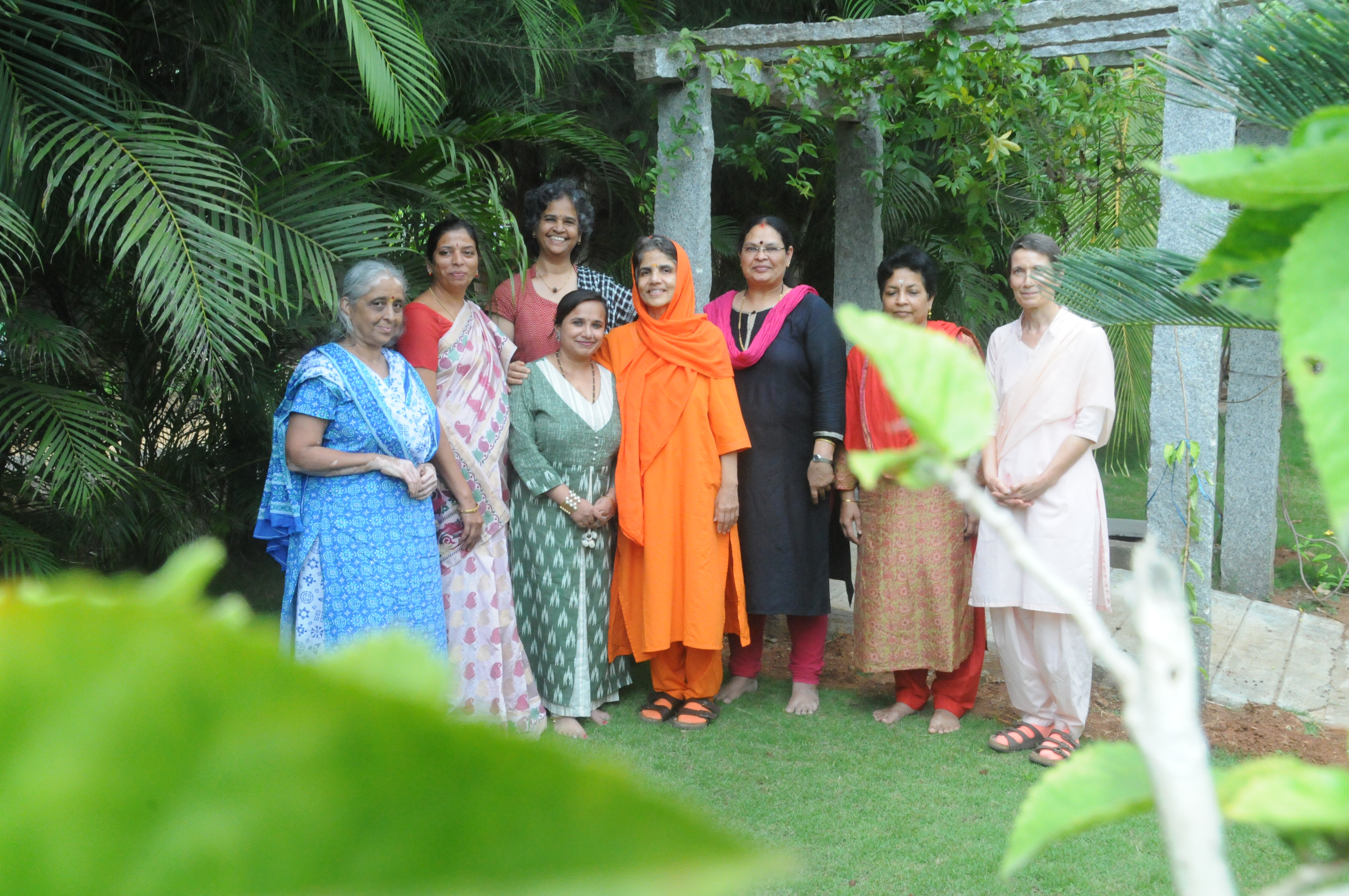