An initiative of the Indic Academy, Indictoday is a digital platform to promote the works of various academics, activists, authors and artists in order to showcase their activities and events. 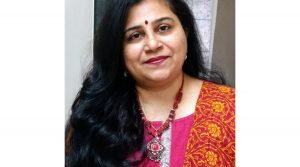 She has degrees from Mumbai University & Purdue University & diverse experience in academia, research & consulting. She has been associated with Indic Academy since it’s inception & is it’s Mumbai Chapter coordinator. She is an avid reader, Indian Classical Music aficionado & keen political observer.

Assistant Editor: Rajarshi Nandy is an Electrical Engineer by education. 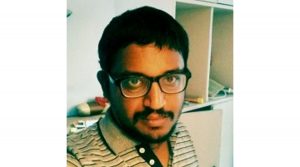 He has worked as as information developer in the IT sector for over a decade and eventually shifted to freelance writing and editing. He has worked briefly as a editor for IndiaFacts, and as a contributory editor with SirfNews. His primary interests are spiritual traditions of Sanatana Dharma.

Sumedha Verma Ojha is an author, columnist and speaker, was born in Patna and educated in Delhi, graduating in Economics (Lady Sriram College) and post-graduating in Sociology (Delhi School of economics). After 15 years in the Indian Revenue Service she switched careers to research and write a book set in the Mauryan period based on the Arthashastra of Chanakya. ‘Urnabhih’ then expanded into a book series on the Mauryan Empire. 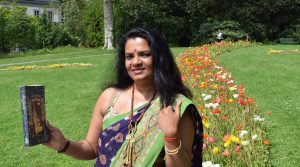 Sumedha works in the area of translating and explaining the epics and bringing ancient Sanskrit/Prakrit literature to the English speaking Indian as also in the area of a gendered analysis of ancient India. She lives with her husband near Geneva and has two children both studying in the US.

Makarand R Paranjape has been Professor of English at Jawaharlal Nehru University since 1999. He got his B.A. (Hons.) in English from St. Stephen’s College, and MA & PhD from the University of Illinois at Urbana-Champaign (USA). 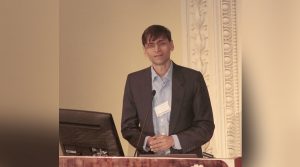 Ramesh has written/co-authored/edited about six books on Indian politics, culture, and society, and has co-authored a textbook on Intercultural Communication. He has taught a wide variety of communication courses: from public speaking to mass media law, and from persuasion to intercultural communication. Teaching online (almost exclusively) over the past five years he has understood the demands and challenges of offering online education, and basks in the gratitude and thanks that students offer him when all systems are  go, and when the daily email that he sends them, every weekday, tickles their fancy.

Ramesh Rao loves to listen to Indian classical music, and when his knees and ankles allow him, to play some tennis. He lives with his wife, Sujaya, and son, Sudhanva, in Fortson, GA.

Nithin Sridhar has a degree in Civil Engineering, and having worked in construction field, Nithin passionately writes about various issues from development, politics, and social issues, to religion, spirituality and ecology. 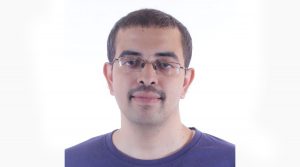 He is Editor of IndiaFacts & Advaita Academy and is based in Mysore, India. His latest book “Musings On Hinduism” provides an overview of various aspects of Hindu philosophy and society.

Abhinav Agarwal is a technology professional with over twenty years of experience working in India, Canada, and the US in business intelligence, analytics, big data, Warehouse Management systems, e-commerce applications and more. 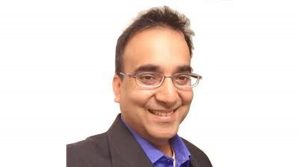 He is the technical editor of a McGraw-Hill book, runs a blog with two-million page views, and has delivered guest lectures at management institutes on analytics and governance. He has spoken at conferences across four continents and also delvers workshops on technology, career planning, and management practices. Abhinav is a post-graduate from the Indian Institute of Management, Bangalore, and holds a bachelor’s degree in Computer Engineering.

Sunanda Vashisht is a Health care professional in Houston, Texas. She is passionate about reading, writing and dreaming, likes to introduce herself as an explorer. 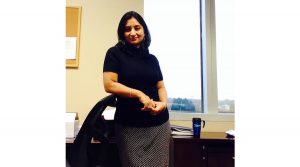 Deeply interested in Politics, Current affairs, Foreign policy and Strategic affairs, Sunanda has been blogging and writing columns for many years now. She is co-founder of myind.net and she enjoys nothing more than solitary walk in desolate woods.

Srinivas Udumudi is the director of Indic Academy, founded by well-known philanthropist thinker Harikiran Vadlamani. Indic Academy strives to bring to forefront and create conditions for blossoming of ancient Indian thought that has universal relevance and thus to the modern world. Indic Academy supports scholars and institutions which specialize in traditional Indian thought and are able to critique established intellectual architecture that underpins modern academic, political and social institutions today. Srinivas Udumudi works with various organizations and scholars in designing courses and workshops on various aspects of Indian thought. 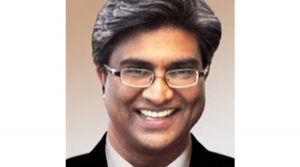 Srinivas is also the Hyderabad chapter coordinator for Indic Book Club, a sister orgaization of Indic Academy which has emerged as the sole goto organization worldwide which supports writers who write on subjects based on Indic civilizational thought and values. Srinivas Udumudi heads India’s premier genetics and genomics research and services organization based out of Hyderabad. Srinivas did his B.Tech in Computer Science from REC Warangal (now NIT) and Masters in CS (Artificial Intelligence) in the US, and has over 25 years of industry experience. He has deep interest in carnatic music, Indian philosophy, Western continental philosophy, and intellectual history of India and the world. 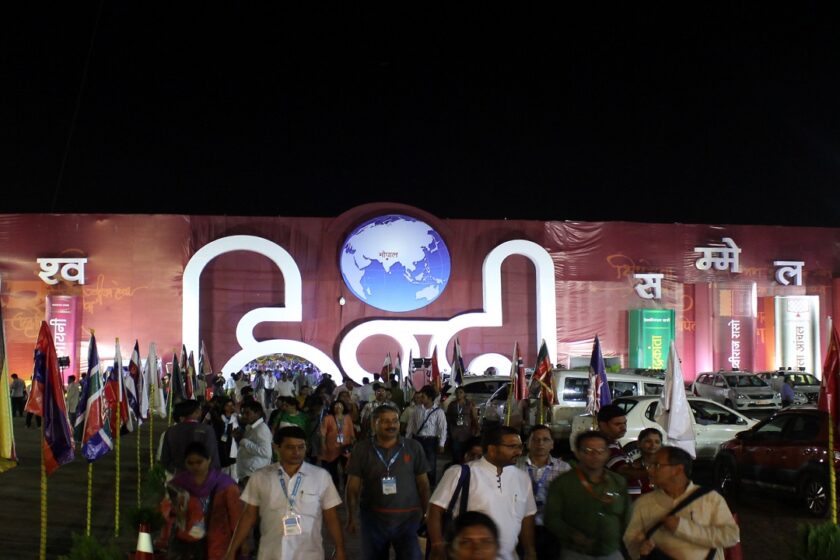 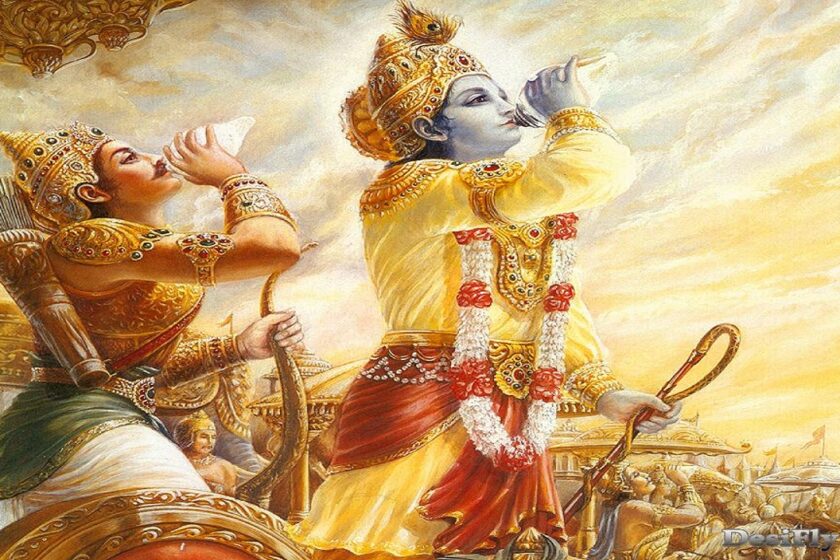 Hinduism values moderation in all aspects of life, including food with adhering to The Texts whenever possible & other times transcending them to lead lives governed by fundamental principles... 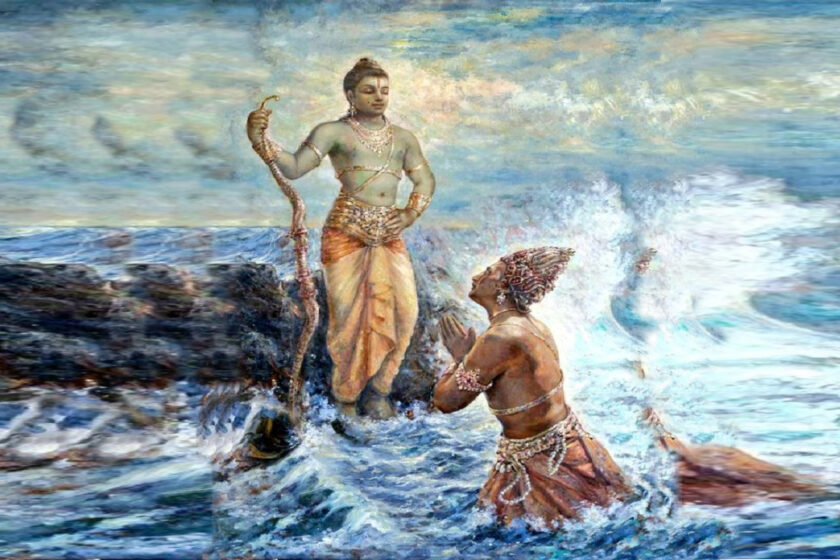 The Scientific Dating Of The Ramayana

This article by Author sheds new light on one of the world's most enduring tales – the Ramayana, its cultural significance, belief of a billion Hindus and an unbroken...