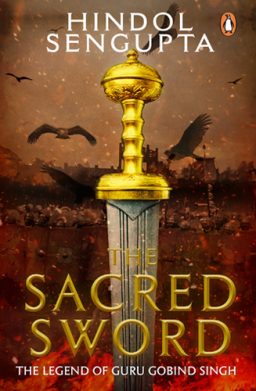 “You have taken my head but not my faith”, said that little paper written on 11 November, 1675. And with the sacrifice of Guru Tegh Bahadur, the 9th of the Sikh Gurus, starts afresh another chapter that re-defines India’s history. The two lines he wrote, simple as they were, describes one of the most horrific periods of India’s history under Islamic and specifically Mughal rule. The initial and later chapters give but a glimpse of the brutalities meted out to kafirs, read Hindus, – which unfortunately continues to be pushed under the carpet even today.

From Hindol Sengupta, author of The Modern Monk – What Vivekananda Means to us today and Being Hindu: Old Faith, New World and You, comes this gripping, fast-paced and yet deeply sensitive novel, The Sacred Sword. The Notes and Bibliography sections make it clear that wide and systematic research has gone into it while the Author’s Note itself clarifies the position that it is a pure work of fiction and is not intended to outrage or offend feelings of any person(s), class or community.

But it is not to describe brutalities that one must take up reading The Sacred Sword. It is to be read to understand what the entire war of civilizations is about, the difference between a religion driven by ideology, Islam, and that of a way of life based on the vision of Oneness, Hindu Dharma.

Take for example the chapter, ‘The Sparrow and the Hawk’. The simple conversation between the teacher and the student clarifies the nature of wars and why war is not merely inevitable but must be prepared for and fought.

Entire verses of Zafarnama – a poetic letter to Aurangazeb – makes it abundantly clear why these two worldviews cannot meet.

The final wars and the tales of betrayal are extremely poignant. The death of the four sons of the Guru – Uday and Ajit Singh, Zorawar and Fateh Singh – all martyrs to the faith. What foresight their father had that even when they were mere 6 and 7 year old children, Zorawar and Fateh knew how to wield small swords and knew courage in the face of imminent death. The power of the Khalsa was genuine and for one of the rare moments, they pass an order for the Guru himself to obey. And the order was for him to escape. He has to obey and it was Sant Singh and Sangat Singh who trick the Mughals giving sufficient time to the Guru to escape so that the Khalsa can be rejuvenated. How the great Guru eventually passes away is also narrated.

The incident of meeting and inspiring Banda Bahadur is rather sudden. Probably it could have been more evocative. There are a few grammatical errors – rather surprising in a Penguin book.

Guru Gobind Singh was a Drshta. Sengupta captures Guru Gobind Singh’s command over several languages, his poetry, his presence of mind as well as his strategic thinking, his sagacity, his capacity to stay forever calm in the face of the worst tribulation and most of all for creating a tradition of spirited and spiritual warriors for the sake of protecting the Dharma makes Guru Gobind Singh immortal. No wonder Swami Vivekananda said,

“Then and then alone you are a Hindu when you will be ready to bear everything for them, like…..the great Guru Govind Singh. After having shed his own blood for the defence of the Hindu Religion, after having seen his children killed on the battlefield – Ay, this example of the great Guru, left even by those for whose sake he was shedding his blood and the blood of his own nearest and dearest – he, the wounded lion, retired from the field calmly to die in the South but not a word of curse escaped his lips against those who had ungratefully forsaken him!”

This book is comprehensive. The Family Tree of the Sikh Gurus, Texts Composed by Guru Gobind Singh, Glossary, Notes and Bibliography serve to complement the eleven chapters that unfold the legend. The Sacred Sword thus bridges a huge gap in our current sense of history. It also is yet another wake up call. When we heed the call, the Sacred Sword continues the work of protection and will renew the blood of the Guru in us.

(‘I shall make the sparrow fight the hawk |I shall make lions out of jackals
I will teach one man to fight 1.25 lakh | Only then will I shall be Gobind Singh!’) (p.61)

This is what all our drishtas do – inspire us in varied ways to nurture the legacy of being free. 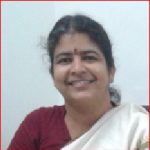