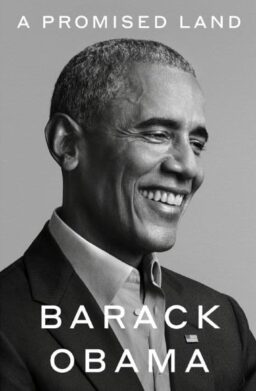 Even one full term after he demitted the office, Barack Obama, America’s 44th and first black president, remains a hard figure to categorize. On one hand, he is the first president since Eisenhower to win two popular votes with over 50% of votes and maintained an astonishing 55% approval rating even in his eighth year in the office.

On the other hand, his tenure saw the rise of the Tea Party into a formidable political force, as well as his party’s electoral decline. (Near the end of his 2nd term, Democrats held the fewest publicly elected officials since the 1920s).

Many of his admirers (this reviewer included) remain in awe of the dignity with which he presided over an increasingly polarized America. His critics from the right blame him for rise in identity politics, while his critics from left blame him for not doing enough of it. In light of the interest his presidency continues to generate, it should occasion no surprise that ‘A Promised Land’, the first volume of Obama’s autobiography, is probably the publishing event of the year.

While reviewing this book, it is important to set the context. The book devotes the bulk of its 700 pages length to Obama’s time in the White House up to the targeted assassination of Al Qaida boss Osama Bin Laden. The author takes us on his presidential campaign trail as early as on page 80 and to the election night by page 200. Part Three, named Renegade (Obama’s security code name), starts with the family moving into the White House.

By then the reader has already realized that the author sees this as an account of his time in the White House more than an autobiography. The opening parts where the author describes what it is like to live in the White House as its resident are interesting and narrated with Obama’s trademark personal style. His eye for detail as well as his delightful sense of humor comes through these pages.

As a young man in Chicago, Obama saw how the tenure of Harold Washington as the first black mayor of the city, could only have a limited impact. He writes “I saw how the tremendous energy of the movement could not be sustained without structure, organizations, and skills in governance. I saw how a campaign based on political redress, no matter how reasonable, generated fear and backlash and ultimately placed a limit on the progress”. This lesson seems to have guided the political pragmatism that dictated most of his decision making -especially in relation to congressional politics.

However, Obama the writer makes a convincing case that such pragmatism is not only compatible with the ‘yes we can’ kind of optimism, but it is, in fact, complementary. He also shows complete awareness of the irony of him getting the Nobel peace prize even as he was preparing to send more troops overseas, and while he gives his side of the story, it is done without rancor or overt defensiveness.

However, as the narrative moves to the middle- mostly description of battles with Republicans over key bills such as Obamacare and the Dodd Frank act, the book loses some of its intimate narrative style and devolves into fairly dry, political straight reporting.

Also, while some amount of self-serving is a given in political memoirs, some of the passages dealing with the bipartisan haggling sound surprisingly bitter and somewhat out of character. As an unintended consequence the reader is likely to come away with a grudging admiration for Republicans like Boehner and McConnell.

Michelle and the Obama daughters get a large part of the credit for the positive image the family evoked during and after Obama’s time in the office. Therefore, it comes somewhat as a disappointment that after the election night, we see them very infrequently.

That said, the few personal moments (Michelle falling asleep with her head on his shoulder or Obama taking the girls to see a monument in Brazil while dealing with an inner crisis) are beautifully written. And while judgement of Obama the politician is highly subjective, the book makes a fair case for his earnestness, his desire to bring about a change without burning the whole thing down, and his patriotism.

The opening chapters, brief as they are, give an insight into making of the man and it would take a very cynical reader indeed to be not moved by Obama’s struggle as a young man and the moments of doubt that he had to overcome.

When the book first came out, there was considerable interest about it in India mainly due to Obama’s comments about Congress leader Rahul Gandhi. However, in the context of the entire book, Obama’s India trip is wrapped up in fewer than half a dozen pages and apart from citing how Gandhian thoughts influenced him from an early age and some sincere praise for Dr Man Mohan Singh, the author doesn’t have any observations, thoughts or insights of substance about India to rate a mention. That said, the endeavour of writing such a voluminous book to explain the nuts and bolts behind one’s political decision-making is an exercise that many Indian politicians of present day might find well worth their time, especially in the light of the alleged bias of mainstream media while covering sensitive political issues.

In many ways, the success of Obama was highly personal (that would at least partially explain the gap between his personal and his party’s electoral success during his tenure).

In this context, the success of A Promised Land lies in making his personal character shine. In a world that increasingly associates cynicism with intelligence, Obama’s story of succeeding against odds with neither bitterness nor radicalism is one we all need to read about.

A Promised Land is available on Amazon. 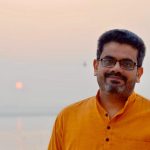