The Nature of Physical Reality by Subhash Kak 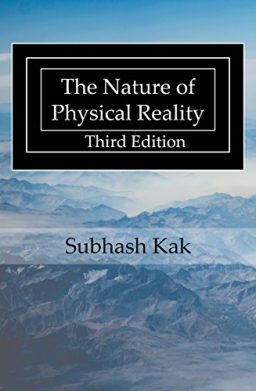 What did the ancient Greek philosophers and Hindu Rishis postulate about the Universe, Nature and consciousness? Philosophically, how do the six darshanas of the Hindu system differ from the logic of modern science? How important is the observer in the scheme of things, and how does consciousness affect our knowledge of the world? What are the similarities and differences between Indian and Western epistemology?

Professor Subhash Kak, renowned Indologist, computer scientist, scholar and philosopher, explores these and various other paradoxes of philosophy and science which challenge, expand and modify our understanding of the natural world and reality. The book, “The Nature of Physical Reality“, takes us through the rich history of the development of scientific thought, right up to the latest ideas in physics, mathematics, biology and compares them with the understanding and explorations of the Upanishads and Indian Rishis.

Does an entirely mechanistic view of life explain perfectly all that we see and experience? Well, maybe not. To explain the nature of these conflicts at the edges of knowledge and logic, the author goes into the historical perspective of scientific paradoxes and examines the basic assumptions that lie at the very heart of modern scientific explorations. Two fundamental assumptions are hardwired in our study of science  causality and determinism. They seem justified, after-all if Nature was entirely random, there would be no predictability and no scope for scientific laws! And this brings up the eternal question of free-will. If all of life is governed by a mechanical, rule-obeying nature, then man has no choice and must be nothing more than a machine, an automaton. Do machines have self-awareness? Can they ask the questions that we ask of science, arts, philosophy and to ourselves? How does this assured sense of a free-will arise, if we live in a pre-determined universe? These are not the only questions that remain unsatisfactorily answered. Twentieth century mathematicians have proved that in a formal system of sufficient complexity we cannot prove the consistency of the system by means of the very system. Therefore, how can we logically decipher the Universe which we are a part of? Mathematics of infinity leads us to some more complex paradoxes which have no clear resolution as yet. Is the line a set of finite points or infinite points? Depending on the answer, some advanced mathematical structures turn out to be different.

Science accepts two kinds of proofs synthetic and analytic – that which is empirical and that which is derived by logical analysis. Theories of the physical world have progressively become more complex and probabilistic, involving puzzles and they seem, at times, to be at variance with each other, even though they appear sound in their own context. This leads to the birth of different paradoxical situations which test the limits of our knowledge and understanding about the world. An honest and objective reader is forced to question if a rigid materialistic metaphysics is sufficient to explain laws of Nature. Drawing upon the history of Greek thought and its progression over centuries, the author delineates the fundamental and implicit assumptions in the Western traditions like Judaism, Christianity, Islam, Marxism etc. time and space are absolutes, man has a central position in the world, man alone has a mind. This is different from the Indic traditions where time and space are relative, and man is not the only animal with a mind.

The age of Veda-inspired life, which the author refers to as Vedism, led to a vigorous flowering of science where great advances were made in the fields of mathematics, linguistics, medicine, physics and astronomy. Though Pythagorean triplets have been found in cuneiform texts era of the Babylonian dynasty of Hammurabi (1900 BC), it was only in the Baudhyana Sulbasutras that we find a definition of the same. These texts were used for construction of Vedic fire altars that followed a consistent sacred geometry, attempting to align with the observed astronomical patterns. One of the oft repeated ideas in ancient Vedic construction was recursion of space and time. For example, the moon traverses the ecliptic divided into 27 nakshatras, further subdivided into 27 upa-nakshatras and so on. The list of nakshatras of the Vedic texts start from Krittika (Pleiades), while in the later age it starts from Asvini (Arietis), indicating a transition of 2000 years. We also find recursion in the idea of Yugas and cycles of creation. Yantric mandala-shaped buildings have been recovered from Afghanistan where this idea of recursion is visible in the architectural pattern. It was also correctly estimated, says Kak, that the sun and the moon were respectively 108 times their respective diameters from the earth, and thus this number gained a sacred usage across Hindu culture. It was in Aryabhatta’s writings during the medieval era that we first come across the idea of relativity of space. In astronomy there was a presumption that early Hindus derived their learning from the Greeks. But Kak asserts that this is due to a poor understanding of the Sanskrit texts. There was contact between the earliest Indic kingdoms of Persia, Mesopotamia and West Asia that existed during the second and first millennium BC. The Hittites, Mitannis and the Kassites worshiped Vedic deities. The Mitannies were joined in marriage to the Egyptian Pharaohs and influenced them later as well. The Ugarit civilization of ancient Syria had 33 gods, exactly like the Vedic civilization. There are many references in the Rig Veda, which are at least a few centuries old if not older, of ideas which we now accept as having been brought to light by the Greeks. The Vedic astronomy was both algebraic and geometric in its scope, while Greeks were more concerned with computation. The reign of the Caliph Mansur brought the Arabs in contact with the Siddhantic texts of Brahmagupta, Brahmasiddhanta and Khandakhadyaka, which became famous in the Arabic world as the Sindhind and Arkand, while the Aryabhatiya was translated as Arajbahar. The Arabs knew of Indian astronomers before they got introduced to Ptolemy. By the 9th century the use of trigonometric functions were introduced in Islamic science following the translation of Siddhantic texts. From the Arabs, various branches of Indian mathematics reached Europe including the Indian numerals which, though strongly opposed by the Papacy for fear of losing its grip on education, ended up revolutionizing the study of astronomy.

But the central difference between modern science and Vedic philosophy is that the seers would consider the role of conscious observer as vital and space-time as relative, and this shifted the focus away from unchanging principles. Though the prominence given to the observing consciousness may sound tantalizingly close to some ideas of Quantum physics, yet the key difference is that the latter has no place in its ontology for observers. This limitation, says Kak, was known to Nobel Prize-winning Austrian physicist Erwin Schrodinger who was otherwise famously influenced by Vedantic ideas of Monism. In the Vedic system, the process of observation, and therefore the observer, irrevocably influences Nature and consciousness is considered in a category higher than the mind and matter, while most scientists today believe that consciousness is a byproduct of a complex evolution and natural selection process that created humans, such that if it ever happened that a machine could be developed which is as complex as a human being, consciousness would also naturally flower in that arrangement.

Of course it is not as if Indic thought, given its vast assimilation of philosophies, was entirely bereft of brutal materialism. Caravakas or Lokayatas around 600 BC had a very similar opinion about reality. However, the six major darshanas  Nyaya and Visesikha, Samkhya and Yoga, Mimamsa and Vedanta would all accommodate and acknowledge the role of self and its super-sensory ability, if rightly trained, to realize the existence of a transcendental reality. This difference remains a vital point of divergence between ancient Indian epistemology and the modern scientific viewpoint. Indians also seem to have been aware that the human brain had two parts  left and right – as evident from the Yogic literature prescribing different kinds of pranayama. Sri Aurobindo, as early as 1910, had very clearly written about this left-right brain dichotomy in man, a good 4 decades before the research in this field actually started. Some of the scientific data mentioned/calculated from Indic texts like the speed of light from Sayanacharya’s commentary of the Rig Veda, or distance to the sun calculated from some texts, appear to be amazingly accurate to our modern day calculations. It must be remembered that there was no physical means or experiments using which the ancient Indians could have got these right.In fact, till a few centuries ago, Europe did not know that light had a finite speed! So how exactly did the Indians get these values? One explanation, to quote the author, is that the choices presented by intuition, without any firm basis in physical theory, can be surprisingly accurate. But before we go into understanding intuition, science must first accept the undeniable role played by consciousness in shaping our world and worldview. Maybe in time, as the author suggests, the introduction of a ‘consciousness principle’ can help resolve many of the seemingly difficult paradoxes in our understanding of the world around us. Of course that cannot be arbitrarily introduced; it must follow certain basic requirements of scientific knowledge. For example it must satisfy the falsifiability criteria. If consciousness becomes a factor in future studies, it will likely blur the distinction between these synthetic and analytic methods of knowledge.

The book packs a lot of information, both simple and complex, which may overwhelm a casual, non-serious reader, especially if they are unaware of, or have no idea about, current or past scientific ideas and at least some of the philosophies that gave birth to those ideas. Yet, this will remain an important reading for all who are interested in investigating the paradoxes that arise out of our current knowledge systems and the limitations they pose, and why it would be a smart idea to take help from the ancient wisdom of India. We may not have all the answers yet, but why should that stop us from asking the right questions? That, indeed, is the spirit of honest scientific inquiry!

The Nature of Physical Reality is available for purchase here. 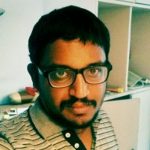 Rajarshi runs Adhyatmika portal. His tweets can be followed at @TheRajarshi