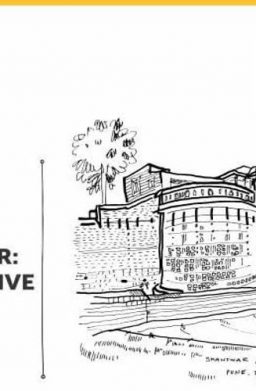 Shrikant G. Talageri’s latest book “Genetics and the Aryan Debate: “Early Indians” Tony Joseph’s Latest Assault” is a comprehensive rebuttal to Tony Joseph’s book “Early Indians: The Story of Our Ancestors and Where We Came From”. Talageri’s book not only exposes the hollowness of the claims that genetic evidence has saved the Aryan Invasion/Migration Theory, but also serves as a comprehensive scholarly overview of much of the evidence that firmly establishes the Out-of-India Theory as the most plausible theory of the origin of Indian culture, Hinduism, and the Indo-European languages.

Imagine writing a science-based book that is so bad, so unscientific, so full of circular logic, distortions of facts and outright lies, that a review article simply won’t do, and one is forced to write an entire book to set the record straight.

Tony Joseph has done just that. His “Early Indians: The Story of Our Ancestors and Where We Came From” is based on the geneticist David Reich’s highly questionable work and purports to reveal the entire history of India’s ancient past and conclusively answer questions such as “Who were the Harappans?” “Did the Aryans migrate to India?” and “When did the caste system begin?”.

Joseph’s book is a fresh attempt to bolster the credibility of the Aryan Invasion/Migration Theory (AIT), which claims that Hinduism and the Sanskrit language originated in Central Asia and were forcibly imposed on native Indians by “Aryan” migrants or invaders.

Enter Shrikant G. Talageri, a historian and linguist of genuine eminence, one who needs no introduction.

He has been in the fray since the 1990s and has authored a number of books that have greatly contributed towards establishing the Out-of-India Theory (OIT), also called the Indigenous Aryans theory, as the most plausible theory of the origin of Indian culture, Hinduism, and the Indo-European languages.

The book is organized into twelve chapters:

1. Were the Harappans Dravidian-language speakers?

3. Can “genetic evidence” tell us that IE-language speakers migrated into India from Central Asia?

4. The old Rigveda vs. the new Rigveda

6. The chronology and geography of the Rigveda, step by step

7. Does the “genetic evidence” prove the AIT?

8. Does the “genetic evidence” negate the OIT?

9. When did the Caste System begin?

12. The morals, ethics and ideals involved in the whole debate

In the first chapter, Talageri takes apart Joseph’s baseless claim that the dominant language of the Harappan people was proto-Dravidian; a claim that Joseph has attempted to buttress by citing a wide range of evidence.

Talageri examines Joseph’s evidence in detail. He correctly argues that the views of the Dravidianists Iravatham Mahadevan and Asko Parpola carry zero weight since the Harappan script is undeciphered.

He shows that Joseph’s new “genetic evidence” is irrelevant, as genes do not code for language. He demonstrates that the proto-Elamo-Dravidian hypothesis is incorrect and that the presence of Dravidian language isolates outside Southern India is explained by a late migration that took place during the current millennium.

Finally, he demonstrates that Joseph’s claim that certain place-names in Maharashtra, Gujarat, and North-Western India are Dravidian in origin is incorrect, and laughably so.

The chapter’s final sentence is telling: “All this exemplifies the level and objectivity of Tony Joseph’s scholarship, and exposes the biased and unscientific nature of his “answer” to one of the three questions which the cover of his book suggests he is answering in the book”.

In the second chapter, Talageri introduces us to the weakest link in Joseph’s arguments: his categorical assertion that since “the BMAC ancient DNA shows Steppe presence only after 2100 BCE and is conspicuously absent before that, it is clear that a Steppe migration to south Asia through this route could not have happened earlier”.

Talageri shows that by trying to exactly fit their “genetic evidence” into the outdated and discredited centuries-old time-frame of 19th century linguists and Indologists, thereby putting all the AIT eggs in one “2000-1000 BCE” basket (and actually thinking it is some kind of masterstroke), AIT propagandists such as Joseph have shot themselves in the foot.

So now, logic dictates that we only have to show evidence from the academic disciplines actually relevant to the “Aryan” debate, Linguistics, Textual/Inscriptional Analysis and Archaeology, to prove the presence of Indo-Aryan speaking people in northern India long before 2000 BCE.

A massive amount of such evidence exists. Talageri is brutal: “If Tony Joseph has any honesty and self-respect, he should try to disprove this evidence. Without disproving this evidence, the “genetic evidence” stands self-disproved.”

In the third chapter, Talageri demonstrates that the only criterion for the identification of the “genetic evidence” of the influx of people from Central Asia to South Asia during the course of “the second millennium BCE (2000 BCE to 1000 BCE)” with the influx of “Aryans” is the dating of the Rigveda also to some point of time between “2000 BCE to 1000 BCE”.

And over the next three chapters, he goes on to do exactly that: prove that the Rigveda dates to well before 3000 BCE and that the Indo-European languages were already present deep inside northern India as far back as 3000 BCE with antecedents going back into the more remote past.

Talageri concludes chapter six with these words: “Tony Joseph should not fight paper tigers, many of them constructed by himself. He should fight this real tiger (of the unchallengeable data and evidence on the chronology and geography of the Rigveda) if he dares and if he has any honesty.”

In chapters seven, eight and nine, Talageri systematically and methodically demolishes Joseph’s claims (which he has attempted to back up with voluminous “genetic evidence” and allegations of a “Hindu conspiracy”) that genetic evidence proves the AIT, negates the OIT, and shows that Hinduism imposed a “wildly successful” “tukde, tukde” paradigm – the so-called “caste system”, using “social engineering on a scale never attempted before or after”.

In chapter ten, Talageri demonstrates that the Rigvedic Sarasvati river and the present-day Ghaggar-Hakra are one and the same. In the subsequent chapter, he shows that the horse, though not native to India, was definitely known to the proto-Indo-Europeans in their homeland and that this fits in perfectly well with the Indian Homeland scenario recorded in the Indian texts.

In the final chapter about the morals, ethics and ideals involved in the whole debate, Talageri takes on Joseph’s contention that those who oppose the idea of “the arrival of Indo-European speakers” are “right-wing” traditionalists who hold that “Indian culture is identical or synonymous with ‘Aryan’, ‘Sanskrit’ or ‘Vedic’ culture”, and “that the Aryans, Sanskrit and the Vedas are the fundamental wellsprings of Indian culture”, and who are opposed to anything which “would dethrone Sanskrit and the Vedas as the singular and fundamental source of Indian culture”.

In other words, Joseph has claimed that those who oppose the AIT are “the traditional custodians of the Sanskrit language, the upper castes in general or the Brahmins in particular”. Talageri debunks this claim by pointing out that “the more casteist a Brahmin, the more likely he is to insist on the truth and correctness of the AIT”; a point that is backed up by documented evidence.

He presents relevant excerpts from his previous writings (blog posts) such as “The Aryan story vs. True Aryan History”, “Hindutva or Hindu Nationalism”, “Parameters for the Writing of Indian History”, etc. and signs off by asking Tony Joseph to follow his own good advice: “the only reasonable position for any scientist, or any writer for that matter, to take is to let the facts speak, but make sure that no unsupported conclusions are drawn from them”.

The book has an excellent 20-page preface by Dr Koenraad Elst in which he presents a historical outline of Indo-European homeland controversy (one of the best I have had the pleasure of reading) and remarks upon the unique place of Talageri’s contribution to the debate.

Talageri writes in a precise, academic style that respects the reader’s intelligence; a refreshing departure from Joseph’s dumbed-down language and mildly patronizing tone.

The one thing I dislike about the book is its cover, which features Tony Joseph’s name in larger letters than that of the author. Whoever designed that cover needs to go sit in a corner and think about what they have done.

Taken as a whole, the book not only exposes the hollowness of the claims that genetic evidence has resurrected the AIT, but also serves as a comprehensive scholarly overview of much of the evidence that firmly establishes the Out-of-India Theory as the most plausible theory of the origin of Indian culture, Hinduism, and the Indo-European languages.

The AIT vs. OIT war is one of attrition, one in which both sides have fought for every inch since the 1990s. Talageri’s book advances the cause of the OIT and that of the truth not by an inch, but by a mile.

I highly recommend the book. It is an important book that deserves a wide readership.

2. Joseph, T. Early Indians: The Story of Our Ancestors and Where We Came From. Juggernaut (2018). 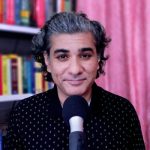