Summary Review: A New Idea of India by Harsh Madhusudan and Rajeev Mantri 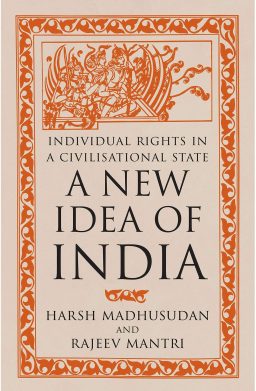 Individual Rights in a Civilisational State: A New Idea of India is a book by two young authors, scholars, and entrepreneurs who set out to present an idea of India. Their idea of India is in sharp contrast to the idea of India that has dominated the intellectual space, both in theory and in practice, in post-colonial India.

Jawaharlal Nehru, the first Prime Minister of the Republic of India, his progenies and a band of leftist intellectuals & elites — who collectively controlled the corridors of power for the most part after the establishment of the Republic, educational institutions, and the media — projected their very own ‘the idea of India’ which authors call “Nehruvian”. It was largely a monopolistic, intellectually colonized, and culturally deracinated idea of India.

The Nehruvian idea of India, according to the authors, was replete with the pitfalls of socialism and a faulty interpretation as well as the implementation of secularism in India. Nehru was awestruck, “like a kid in a candy store” (pp 143), by the Soviet economic system – its 5-year plan, agriculture, industries, etc. In India, like in any socialist system, exit-point equality has been more important than entry-point equality.

After Sardar Patel’s death, Nehru had a free hand in the running of the country. He operated unchallenged on policy matters, both internal and external. The authors contend that as ‘socialism’ and ‘secularism’ gained constitutional legitimacy through insertion in the Preamble, albeit dubiously during Indira Gandhi’s tenure as India’s Prime Minister, the arguments against socialism faded progressively. Consequent to this, generations of Indians grew up without even hearing the names of such eminent economists like Jagdish Bhagwati and Arvind Panagariya.

Secularism, on the other hand, the authors argue, not only was a misfit in the inherently pluralistic Indian context, but it was also used as a tool to discriminate against the majority Hindu community in a number of ways. The authors present several examples, including state control of Hindu temples, a situation that is unique to Hindus in India. Every argument for secularism in India ends up in a binary of secular vs communal which is then contemptuously applied against any Hindu who has a penchant for her/his faith, culture, and traditions.

The book presents an idea of India that is deeply rooted in its civilizational ethos going back several millennia. The authors argue that India, that is Bharat, is a civilizational state, not created in 1947 by the ‘founding fathers,’ nor is it a gift of the Constitution. With thousands of years of unbroken history and a clearly defined sacred geography, the Indian nation is a product of Dharma with a Hindu core. “The Hindu nation was born with the Sanatan Dharma,” the book quotes Sri Aurobindo from his famous Uttarpara speech, “with it it moves and with it it grows… Sanatan Dharma that is nationalism.”

The authors seem acutely aware of the schism between India and Bharat and their attempt is to bridge or even transcend it. At the heart of their idea of India is the quintessential skepticism encapsulated in the Rigvedic hymns of the Nasadiya Sukta.

Utterly unencumbered by the dogmatic world view, the idea of India, the authors claim, is of the unending quest for answers, individual liberty, freedom of expression, and freedom of choice in the pursuit of one’s own purushartha. This new idea of India places a limited agency in the role of the state and instead empowers its citizens to be independent thinkers, risk-takers, and entrepreneurs in life. In that sense, their idea of India is much more like a hands-off Chankyan state than an Ashokan nanny state.

Divided into 5 broad chapters, this book includes extensive bibliographical notes and a helpful searchable index. Though the book at times feels dry, it overall provides a smooth reading. Language is simple, best suited for readers of all ages. The book certainly adds to the ongoing churn and awakening India has been witnessing in the last two decades.

This book will have its own place in the building of a grand Indian narrative and as such is a must-read for one and all. 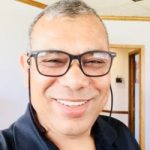